Spain vs Malta Differences And Our Preference 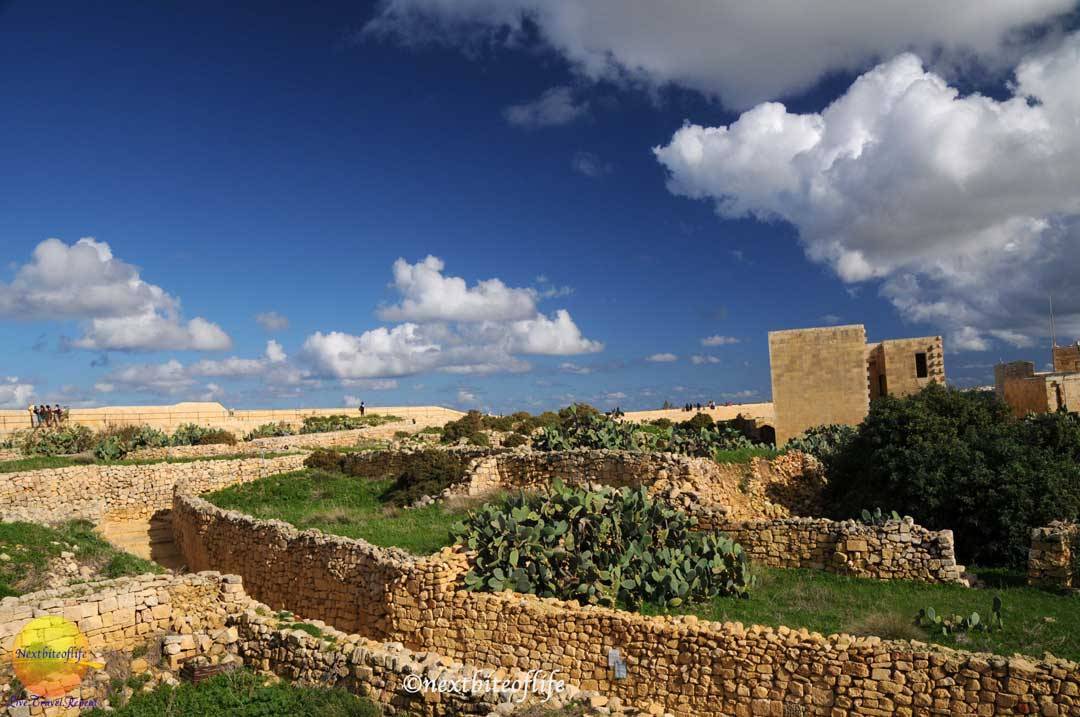 Spain vs Malta differences and why we chose one over the other:

Having resided in both countries for a quite a bit, we feel qualified to weigh in on the option of choosing one over the other. If you are ever in the fortunate position of which one to pick, hopefully, this post will help you nail it down. Both countries are wonderful to live in, but we ultimately decided on Spain, chiefly because Malta is extremely small and island fever set in. Here are the differences between Spain and Malta that we noticed and that ultimately helped us decide which one to settle in.

Is Malta in Spain?

This is a question we get asked often, especially from people in the U.S. as most have never even heard of Malta. Malta was a former United Kingdom colony that gained its independence in 1964. The island is part of European Union and is only about 50 miles from Sicily. Since we moved from Malta to Spain, some of our friends assumed wrongly that they were both in the same country.

€1.10 tapas – quite a good size too! Spain versus Malta differences.

Since we have spent even more time in Spain, I notice  changes between our former home in Malta and our new home of Spain (Malaga, Seville and now Valencia). The differences are subtle since they are both Mediterranean climate. There is however quite a big difference between Malta, Spain and the U.S, mostly in cost and quality of life. Here are the main differences so far between Spain and Malta as an expat destination. Things that you would have to get used to in your day to day life experience and those that warrant careful thought.

Siesta in Malta vs Spain :

It is taken very seriously here in both Malta and Spain, but definitely more so in Spain! The cities in Spain become ghost towns between the hours of 2.00 and 5.00PM. There are very few stores open (only one big department store and mall that l know of). Even our nearest grocery store shuts down for siesta. Malta did that to a much lesser extent.

Here in Valencia, the city has forced stores to observe siesta hours during the winter (some try to sneak it in past the Christmas season). This of course would be unheard of back in the States. In Malta, the grocery stores stay open all day long, but a lot of the independent stores will close for siesta. This has made for a few mishaps in the beginning of our time here. 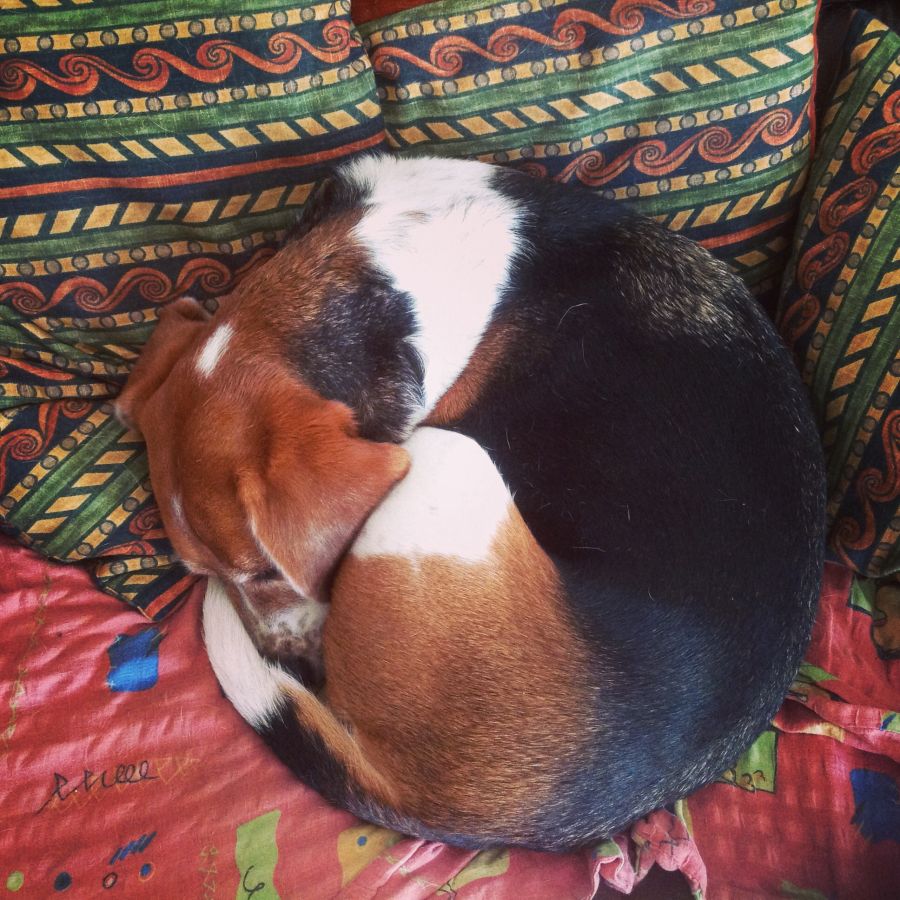 Malaga or Malta? Our dog took to both and enjoyed siesta! Both Spain and Malta observe siestas and the streets get very quiet, something to think about if you need constant stimulation.

Sundays in Malta and Spain:

The Lord rested, and so do the Spaniards. Being so used to grocery shopping on a day to day basis in Malta, it has been a hard adjustment. We can’t seem to remember that the grocery stores are closed, so we have had just to make do with whatever we had at home. A lot of the tapas places around here are also closed. We have had to get Domino’s once. Imagine that! We didn’t even eat it in Texas! In Malta, the big grocery stores were open on Sundays.

Update: Some grocery stores are now open on Sundays in Valencia at least. Supercor being one of them, but still best to check. Tip: Just shop on Saturdays and assume the stores will be closed Sundays. 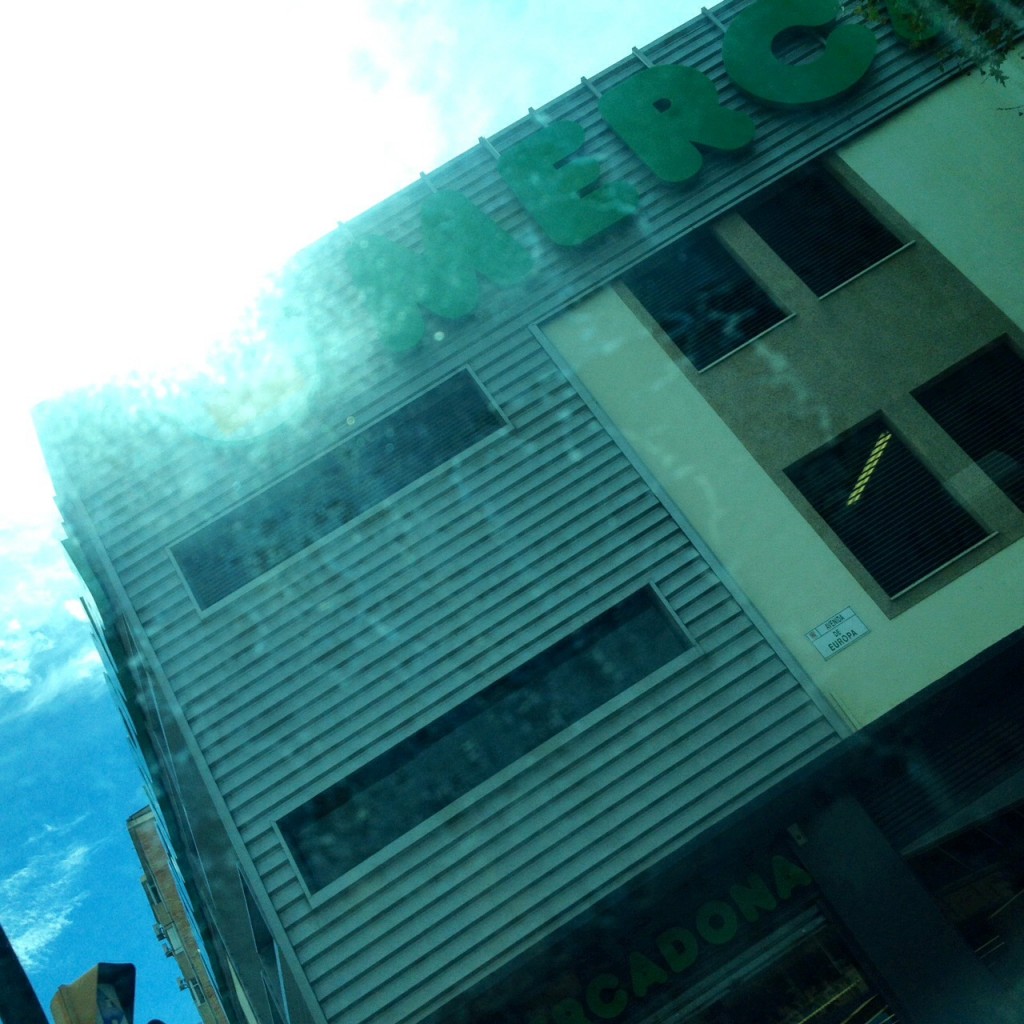 Our local grocery store Mercadona. Malta or Spain? Both have many similarities, but ultimately for us Spain won.

Slowing down and Dining Out:

Also known as the long, long lunches. No matter how hard we try, we can’t seem to slow down enough to make eating out last 3 hours. People in Spain love to sit, relax, talk on the phone etc..etc.. when they sit at the cafés and restaurants, even when they are alone. Malta’s pace seemed even faster compared to here, and we thought that was already slow enough. The quick turnover of tables in the U.S make you feel guilty for occupying the space, but no one seems to be in a rush here. I guess we will get used to it eventually.

In Malta, despite the slower pace of life, going out to eat for instance is shorter. The attitude of the servers is definitely similar. No one will rush you out of there. Malta wins in that they are more attentive and do try to turn the tables. In Spain, where most restaurants are open for lunch at about 2PM, the same party that gets the table first tend to stay till the restaurant closes at about 4:30-5PM.

Without a doubt, eating out is cheaper in Spain than Malta. Most restaurants in Spain, at least in the cities that we have been offer a lot more on the menu and at a cheaper price. The menu of the day usually will top out at about €8-10 and will include appetizer, main dish, desert and a glass of wine or beer or soda, and in generous portions. In Malta, a soft drink might be offered and the cost is usually higher. If it involves seafood, expect an even higher price. 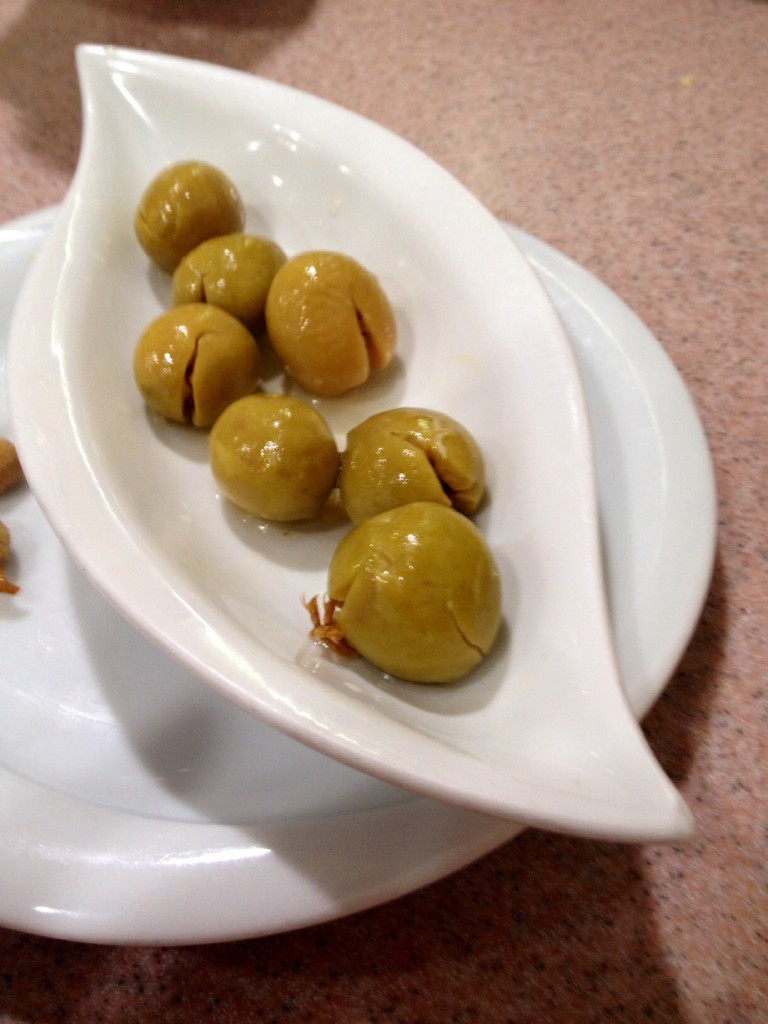 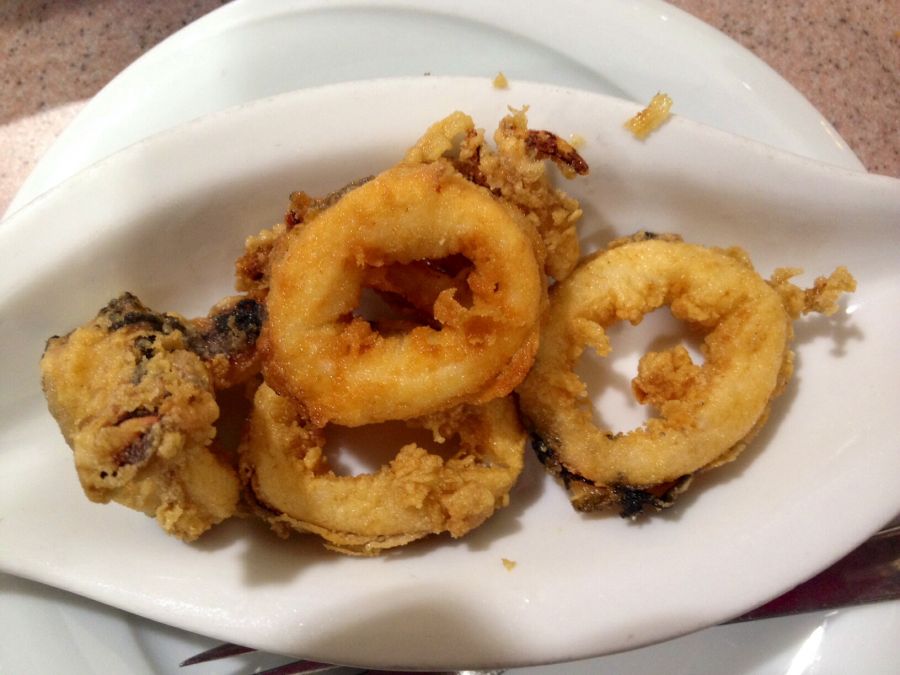 Fried calamari – another staple in Spain 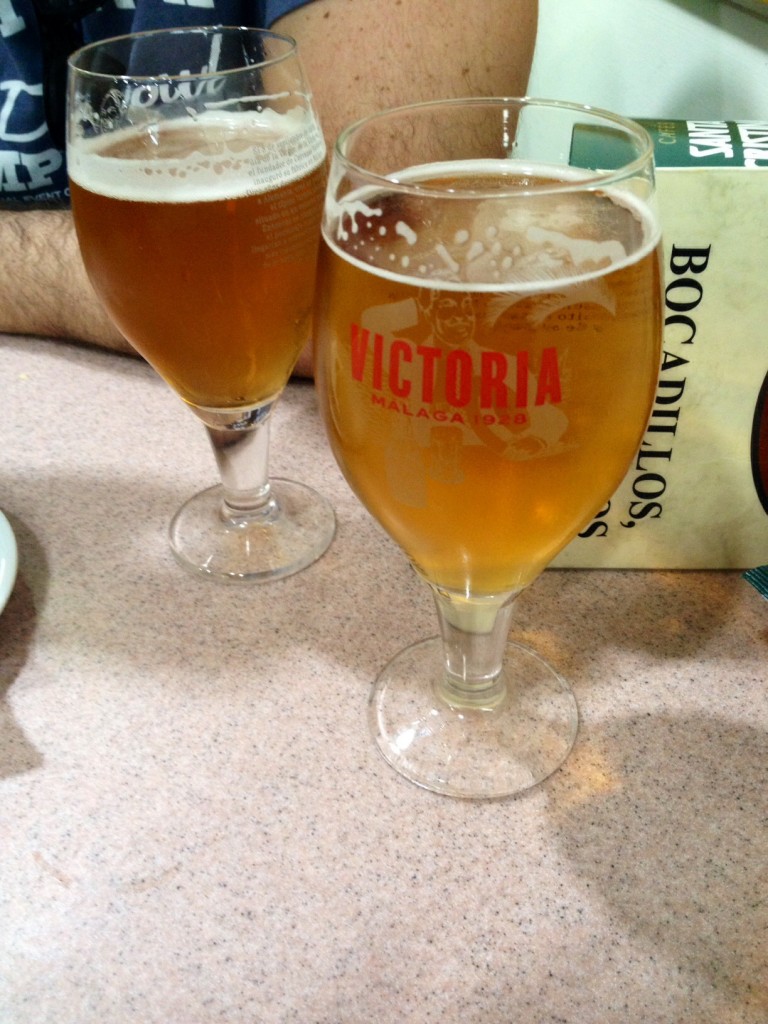 Television in Malta and Spain:

In Spain, you have the option of watching the programs either in Spanish, or in the original language, which is often English. Yes, yes..l know l need to learn the language, and l try, but often l find myself watching the shows in English. There was no such luxury in Malta. The shows were either in Maltese or Italian, which was good for my husband, not so good for me, so l rarely watched TV. Malta also had very few local stations,  think 2 and they were more news than anything. Think Murder she Wrote in Italian. No new programs, so you are forced to get cable basically.

Just about every building in Spain it seems has a bazaar, a store where you can find everything from clothes to plants to some food items. They look like miniature 99 cent stores. They are called “Chinos”. I am not sure if it’s because they are usually run by people of Asian descent, or because everything is “Made in China”. They have come in handy, especially during siesta time, like the one time we made a beautiful sauce, and realized there was no pasta to go with it :-( . Our nearest one is run by a lovely 3 generation family from China. They’ve been here 10 years and l practice my little Spanish with the grandfather mostly. They are lifesavers. I wish Malta had them.

People in Spain vs Malta:

The Maltese people are friendly, but the Spaniards are even friendlier, at least the ones l have met. Every one says “hola” or “buenas ” to you, from kids to adults. I’m just a little frustrated that l can’t take the conversations further for now. The neighborhood is completely mixed, but l have yet to hear any English unless we are in the city center. I have started a language exchange with a Spanish guy, so hopefully my Spanish will improve as time goes by. I have also been doing Duolingo online as well.

Malta or Spain To Live – Expenses:

So far so good. Our grocery bill is roughly about 10-20% cheaper than in Malta by my calculations. I am not sure if it’s because of “la crisis” or not. You can find our latest cost of Valencia living in Spain on this blog post.   Our gym membership costs less, our electricity bill is less and the metro covers a lot of ground while Malta only has the bus system. 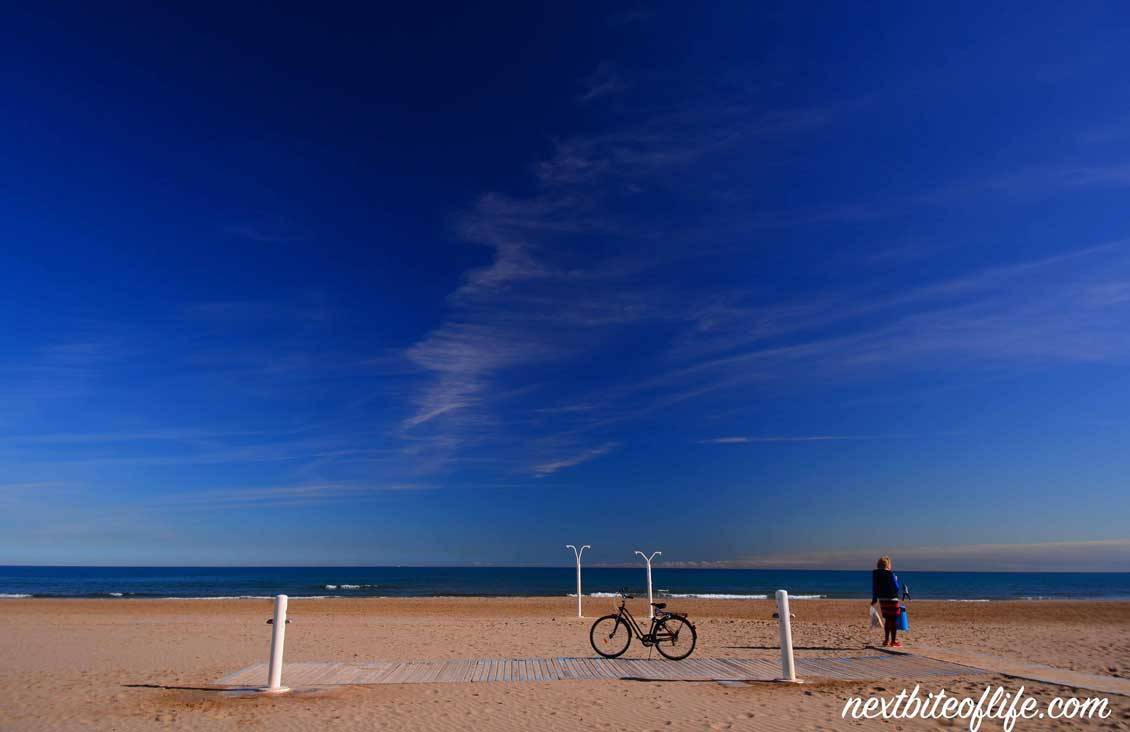 Not quite the beach bum life, but we love spending time at the beach, something we didn’t have in Seville, but had in Malta.

Beauty and Personal Space in Spain and Malta:

No one can argue that both places are wonderful. Malta is however, a concrete jungle! There is constant construction and the buildings are very close together and really thin walls so you definitely had your neighbors. That can be a bit hard to take after a while. There is also very little green space, so we often took a breather by visiting the garden of serenity or visited Gozo for some nature.

Spain, on the other hand is such a huge country and you can pick and choose what sort of atmosphere you want to be in. We lived in the city in Malaga, lived in a suburb in Seville for cheap and now we are back in the city life in Valencia, our favorite spot in Spain so far. Was moving to Malta a mistake? Nope. Not for us at all. We loved our time there and if you really enjoy the slow pace of life and island living, it’s a perfect spot to settle. We just felt hemmed in after a year and could not see us living there for years to come. We had pretty much taken every flight from Malta for holiday and were frankly bored. I think if we were maybe 15 years older, we would have happily stayed.

We also love the fact that Valencia is such a green city, with the amazing City of Arts and Sciences and the over 10 mile long Turia gardens which we never get tired of discovering. We didn’t believe there was such a thing as island fever, but we experienced it in Malta after a year there, and made the move because it felt like a fishbowl after a while. In Spain, there are so many places to discover and train travel is so convenient that we can’t picture getting tired of it in our lifetime. On with the adventure with Spain! These are the reasons why we chose Spain over Malta. 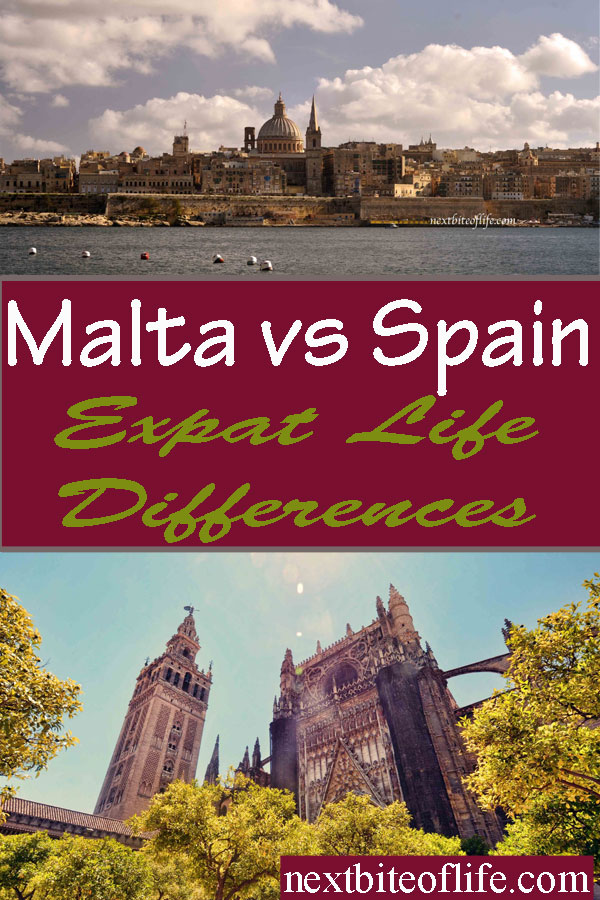 How about you? Any changes going on? Any pointers to improve my Spanish? Have you had to learn another language?