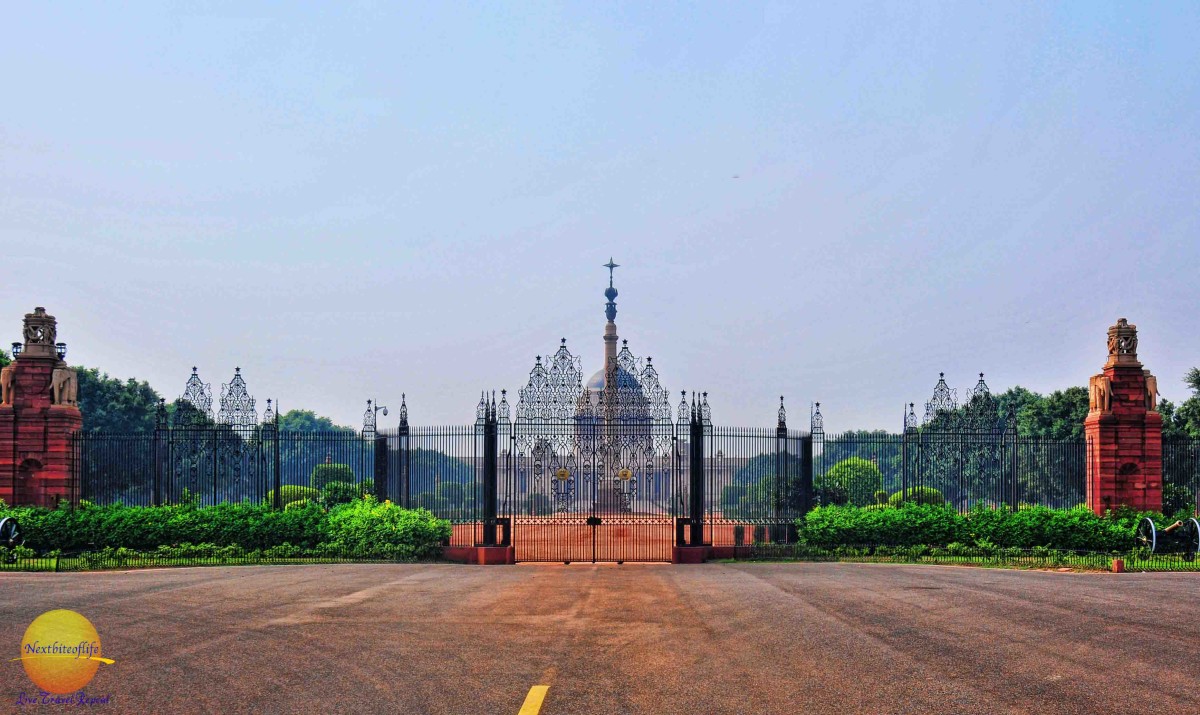 Rashtrapati Bhavan (President’s House) – the official residence of the President of India. Over 350 rooms in this immense estate. As close as we were allowed to get.

Our opinions of New Delhi differ greatly. Let me start by saying that upfront. It has taken me almost four months to write this post. Our trip lasted three weeks. I thought my feelings about the country would be obvious to me at the get go, but no matter how much l tried, l couldn’t really find a word to sum it all up, unlike Federico, who made up his mind almost instantly. A lot of people have a romanticized idea about India l think. You can understand why though.

Take a look at movies like Eat, Pray, Love and The Last Exotic Marigold Hotel. They play up the mystical, spiritual vibe that one imagines India to be. You run there to “find yourself” , meet up with some Yogi like Deepak Chopra sort of Swami, and find the meaning of life and what not.  In actuality, what you find is quite different. Truthfully, it is not that impressive, same as the Hollywood fantasy of stars at every corner. Our visit enabled us to see parts of the city, and nearby ones that a casual traveler might not have been exposed to. We even got to experience a festival in the city. 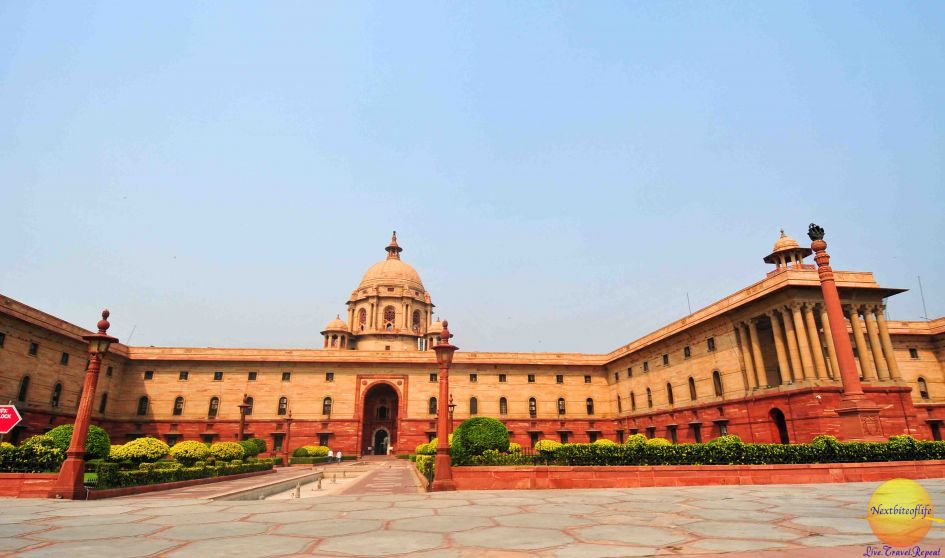 Part of the Presidential grounds in New Delhi. One of the most beautiful areas l have ever seen. Of course, the locals do not live large like this.

Why do people visit Delhi:

There are plenty of reasons why people visit Delhi. In addition to the purpose of “finding oneself” on a spiritual journey, many people also visit to see the beauty of New Delhi. The long history of India through the various ages, from Neolithic to Bronze age to the present age is fascinating to history lovers. The amazing tombs are also a big draw. The Taj mahal nearby is a draw for tourists far and near.

It is also a popular destination for medical tourism, our reason for visiting in the first place. There are world class doctors in the country and the prices compared to western countries are staggering.

Food is also frequently cited. Indian cuisine is popular all over the world. Where best o experience it than at the source? 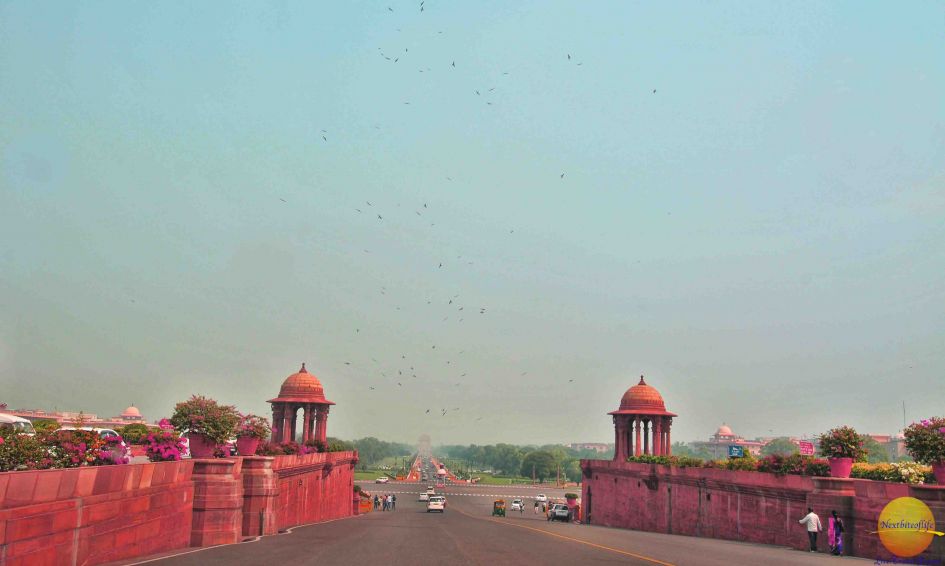 If you squint your eyes, you can see the India Gate all the way down. This whole area is absolutely gorgeous and the locals flock to enjoy it on weekends.. You can also see the New Delhi haze in the picture.

Federico hated it from the get go. He found the city very chaotic and dirty. That’s saying a lot :-) . Keep in mind that he is from Rome. He was born and bred there, and he fully admits that Italy is also dirty in places (Hello Naples ;-) ). I think what pushed New Delhi up a notch or two is the fact that animals like cows, buffalos, stray dogs and wild hogs have free roam. Cows are considered sacred and are not to be harmed.

We saw drivers almost have accidents trying to avoid errant cows. They are everywhere. Close to the hotel we stayed at, there were some street vendors selling food to the people. It was common to see them feeding the cows by hand, and then going right back to cooking without washing. I’ve never been a fan of street food, but l definitely decided against it after seeing that. We lived in Houston prior to leaving the States. There, wild hogs were to be feared, especially ones with babies. In New Delhi, they were rampant. They were almost like the street dogs and people didn’t fear them. They fed on the rubbish, which seemed to be everywhere :-( . Please keep in mind that this opinions of New Delhi are ours alone. Not everyone is going to feel the same way. 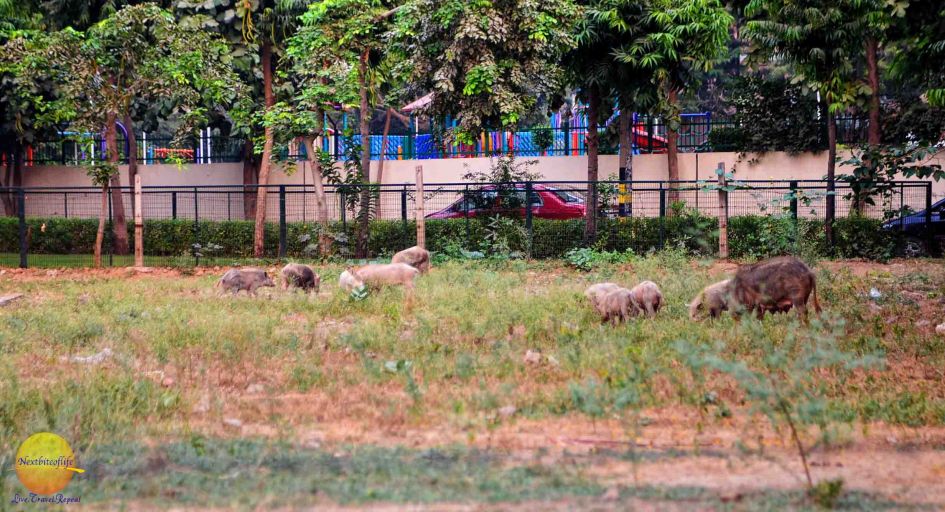 This is more the reality in New Delhi, unfortunately. 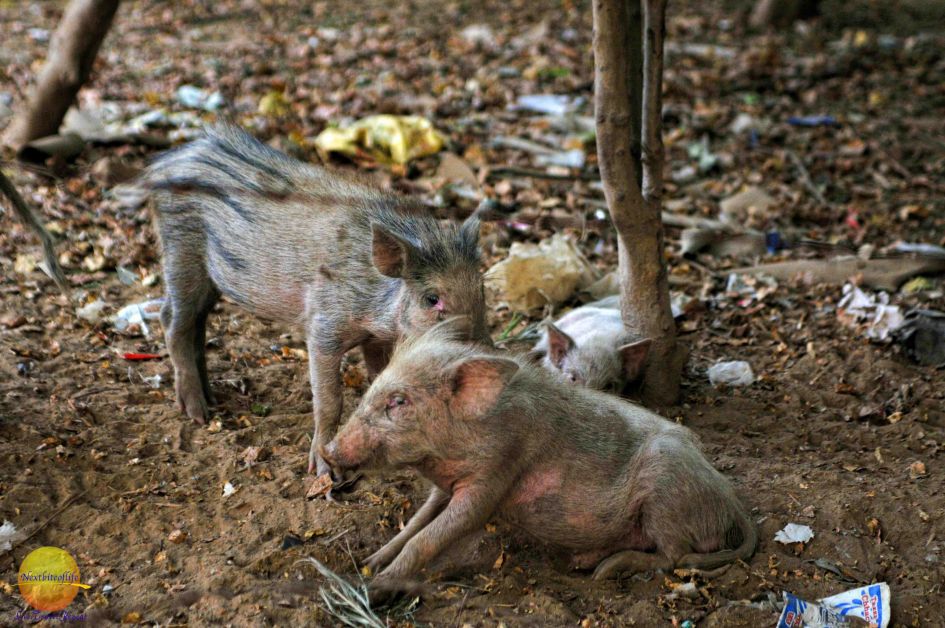 Wild hogs pretty much everywhere on the streets of Delhi, just like the stray dogs. 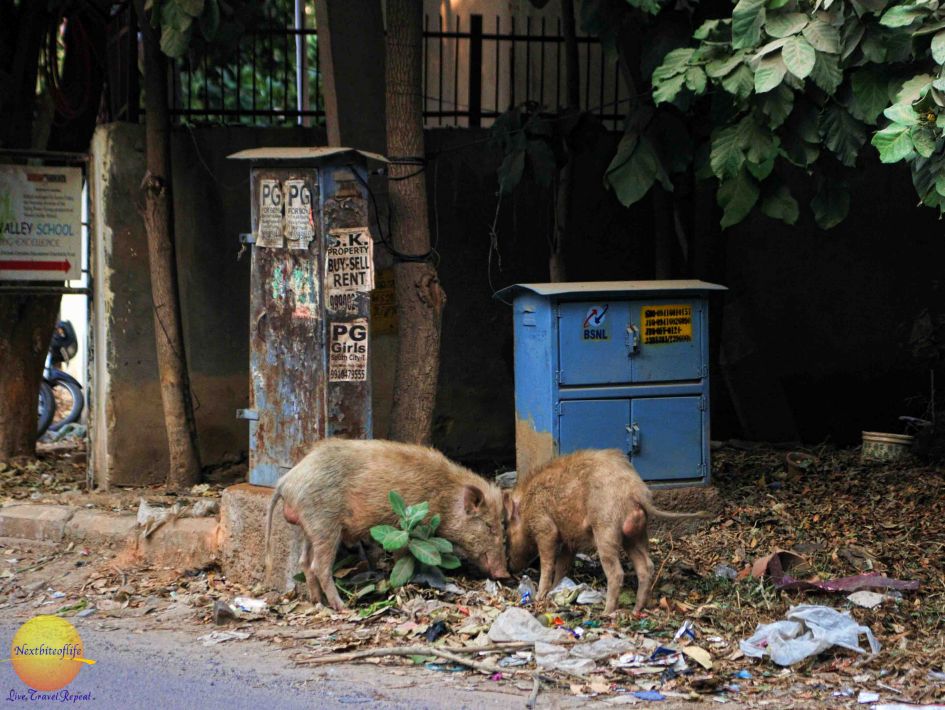 We chose not to walk anywhere in New Delhi. Notice the school is quite close by.

Most of the Indian food also did not fully agree with him. He arrived in India about 5 days before my brother and l did. Despite the fact that he  ate at restaurants, save for a few meals at the hotel, he had a full on stomach virus by the time l got there. Traveler’s diarrhea does not make for a good holiday ;-). I came with the antibiotics, but it still took a few days for it to kick in. You can almost understand why he didn’t like it. A lot of it had to do with selection as well l think. The places we went to with the drivers were all very good, and didn’t bother him. Me and my iron stomach were good to go, all the time :-) . 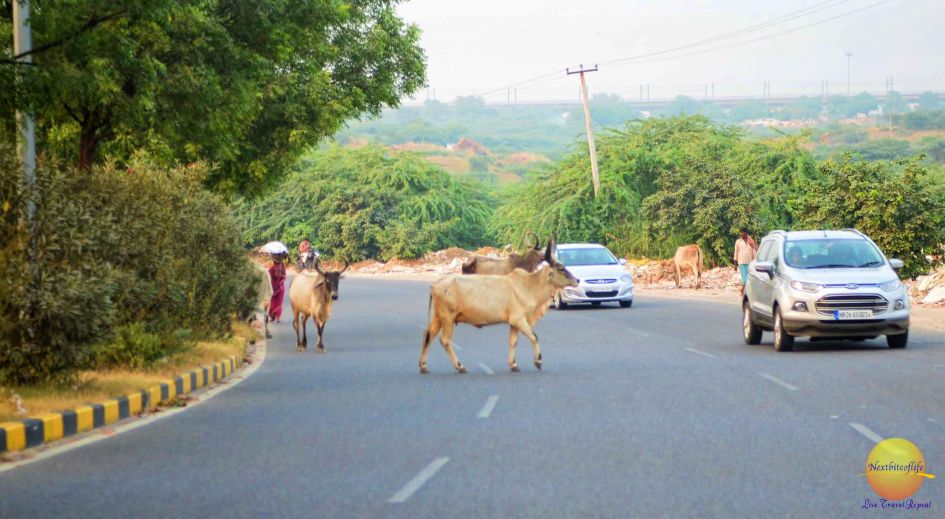 Gotta love the life of a cow in India…here are some casually crossing the road as cars struggle to avoid them :-) 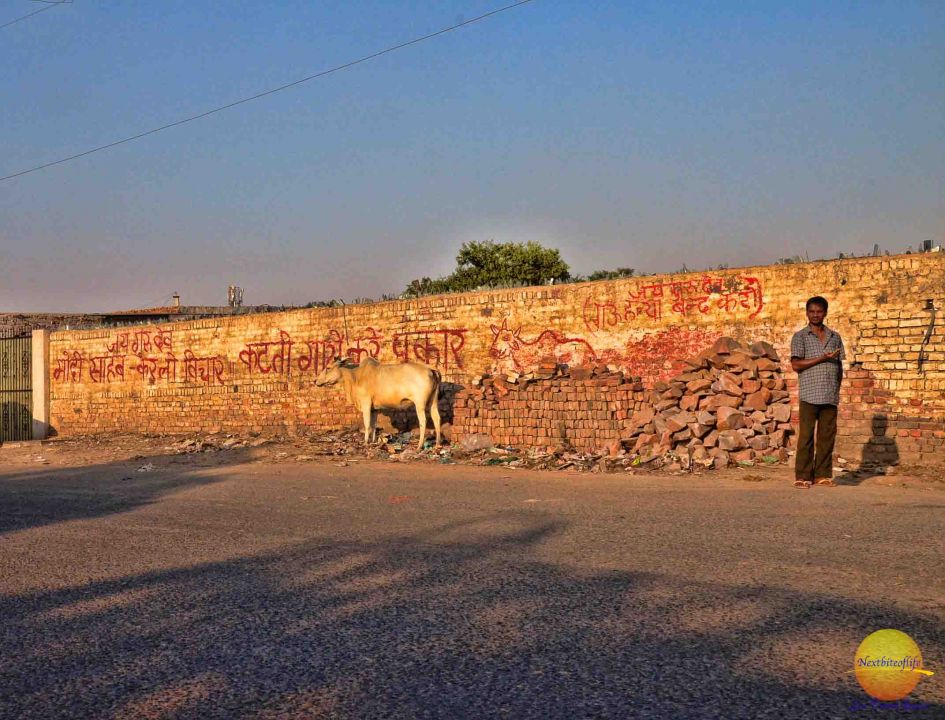 I wonder what it says on the wall? I thought l would be affected way more by the smog in New Delhi, but l guess l was used to it from home. I can’t explain how much l love the raw beauty of this image. 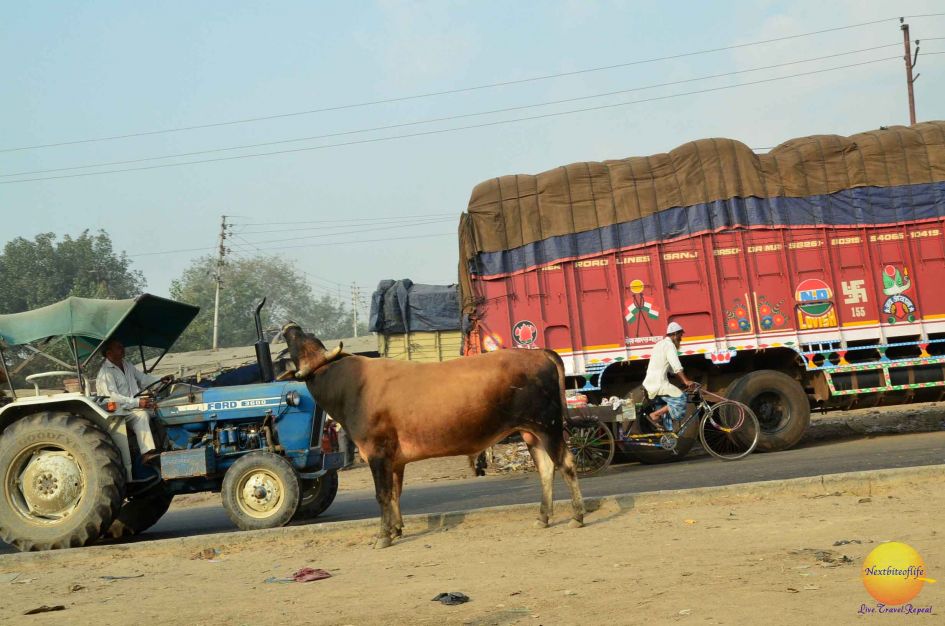 It’s a bit more complicated with me.  You know, it is believed that at some point in time, India was originally part of Africa, and over the years, got separated by the sea. I can believe that. You only have to look at the way the people live, the houses, the ingenious ways people solve problems and especially the “sufferin and smilin” mentality that is ingrained in us.  I come from Nigeria originally, a third world country and it was obvious to me right away that these were my people :-) .

Ultimately, it occurred to me that the word that l had desperately been searching for to describe my feeling was “Indifference”. I didn’t find New Delhi exciting or exotic, no more so than home. I found it more of the same. Everything was the same..the dirtiness (only even more so in India), the grittiness, the desperate hustling to survive, the tuk-tuks, the beggars, the desperation, the disparity between the rich and the poor. All the same. You also see the warmth of the people, just like at home. They will welcome you. There is an old Roman saying “At poor people’s house, there is always food”. This holds true in Nigeria, and it holds true for India, they will share their food with you, even when they have very little. How many rich people can you say that about? Their greed prevents them from being generous. 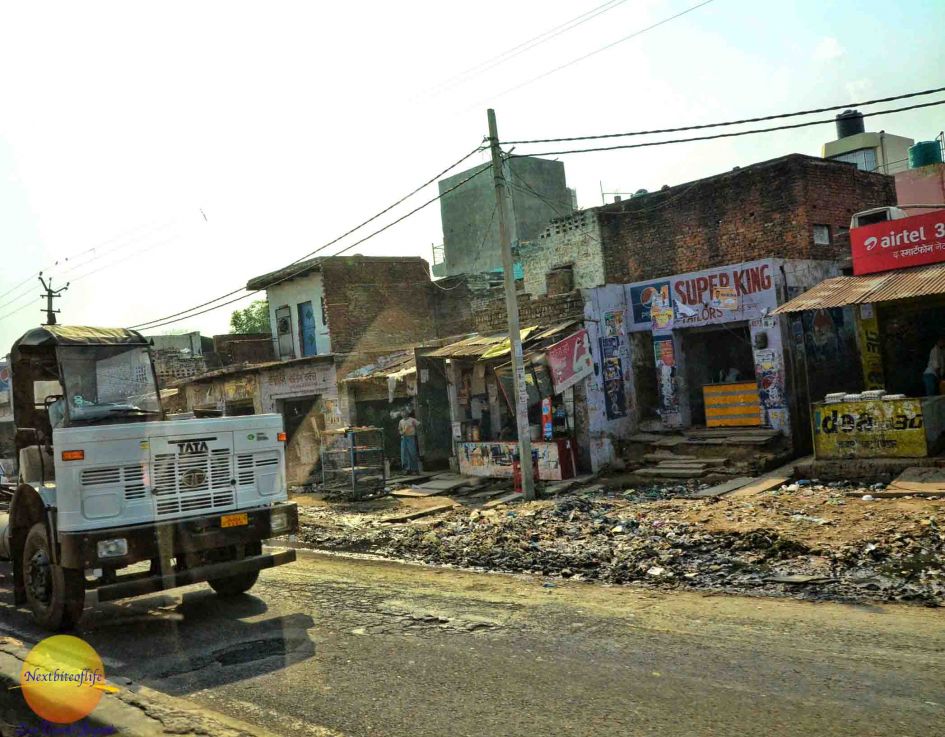 So many similarities. Thank your stars you have more. 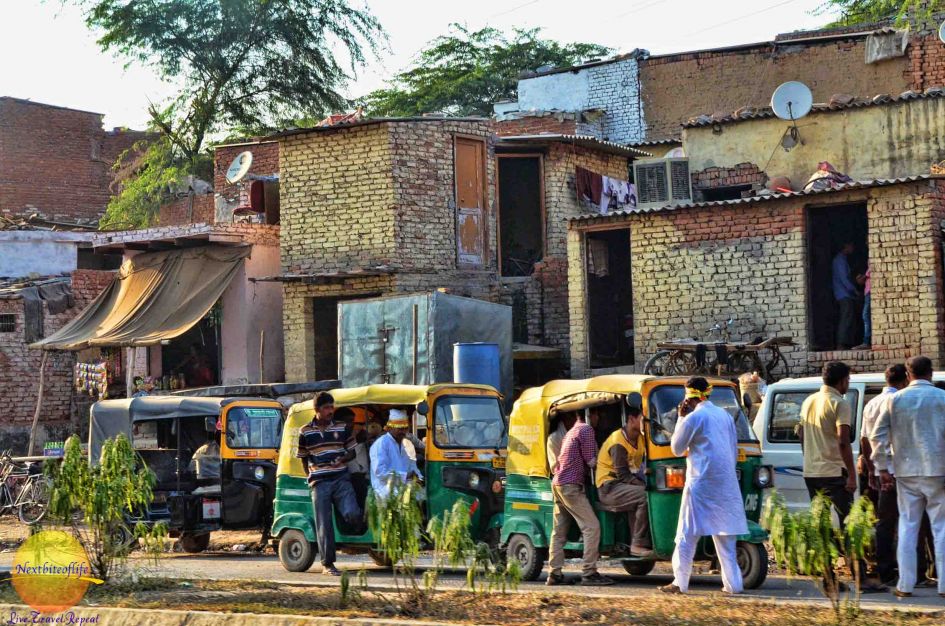 Cramped tuk-tuksare plentiful in New Delhi, and some houses don’t even have doors. More things that remind me of home. 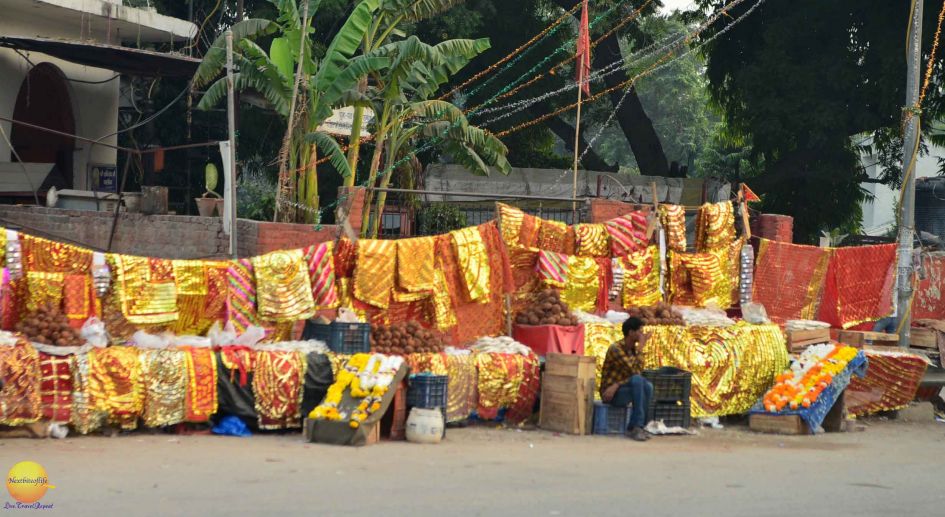 Related Reading: Humayun Tomb is a must visit in New Delhi

In conclusion, l think India is a great country, just like my home. There is still so much to be done unfortunately. I think major culture shock is to be expected if you come from a first world country. Everything is going to be horrible if you constantly compare it to your home. If you’re from a third world country, l think you would have no problems and will adapt very quickly. For someone like me who gets to slip in an out of both worlds, you would be indifferent, and that is not necessarily a bad thing. Would we go back? Federico says “NO”. He has had his fill (Wuss! ;-) ). Me? I wouldn’t go back voluntarily.

That being said, my brother has to go back to New Delhi in about a month or so for one last operation. He says l do not have to go with him, as he is feeling much stronger, but if he decides he wants me there, then off l go :-)! A lot of people have told us that we would have enjoyed Mumbai better. I’m not so sure about that. I feel it would have been more of the same. Perhaps because l have already “found myself” maybe…. Haha :-) :-) :-). I just need to visit home if l want the same things. I always feel bad when l see suffering and l overcompensate because l feel guilty for being so fortunate. On my holidays l want luxury, comfort and major pampering. Call me horrible. So there you have it, our differing opinions of New Delhi. 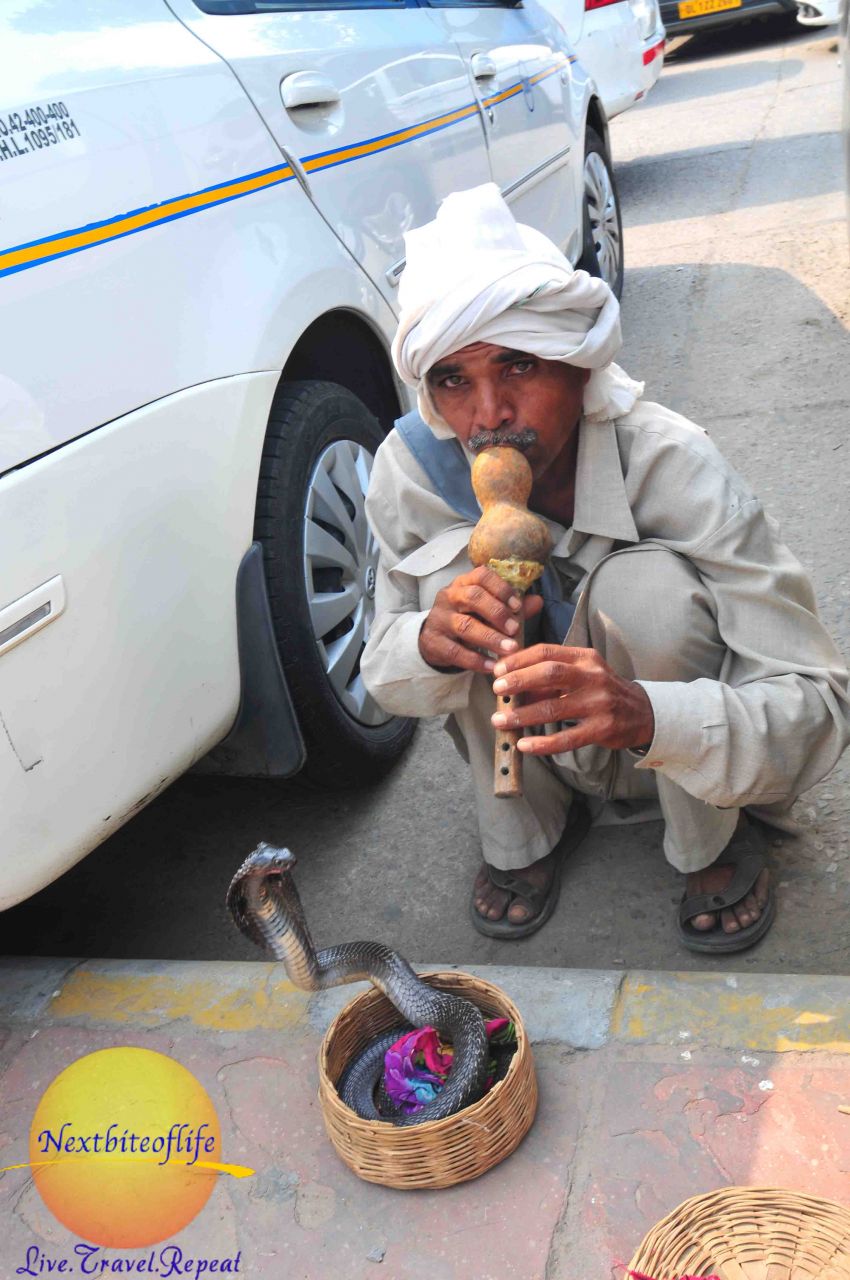 A snake charmer working for a few coins. 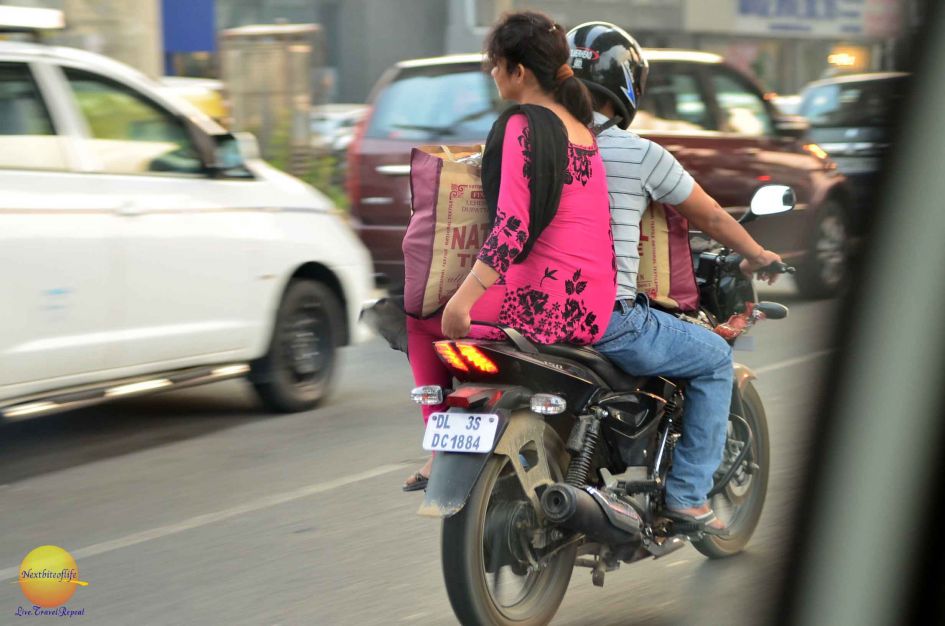 At home, the kids would have also been on the bike :-).

Ooh.. I can’t forget the monkeys that roam around too :-) 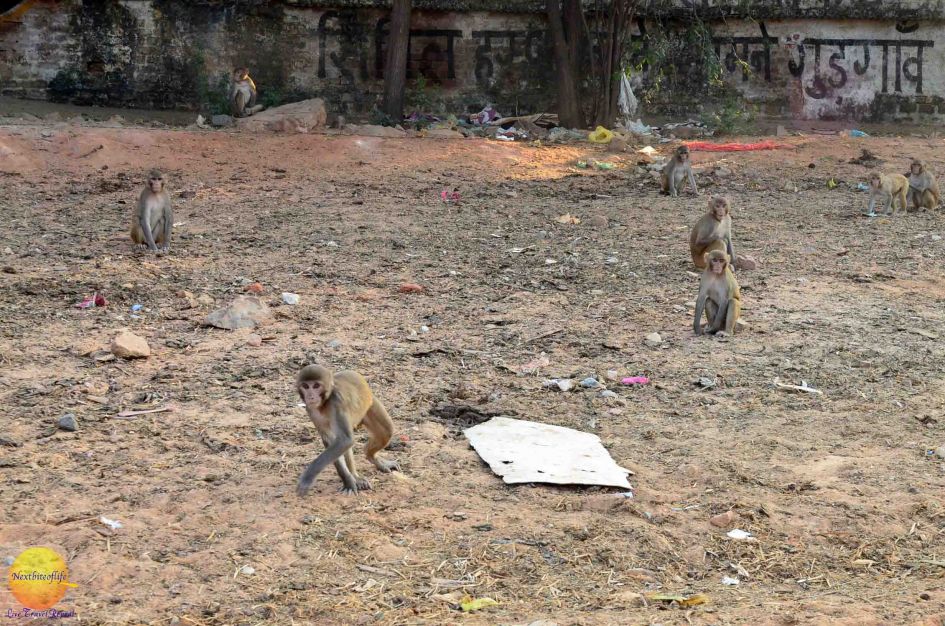 Get your free quote on Travel Insurance 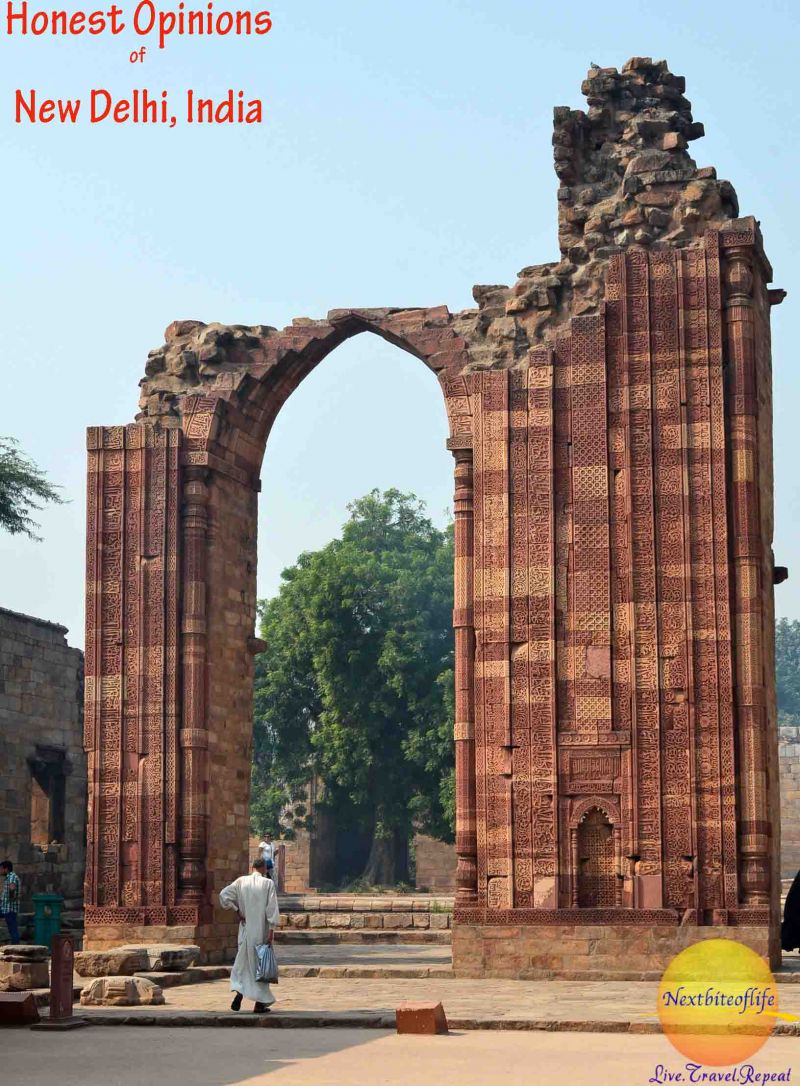 Have you been to India? If yes, what was your impression? Do you share our opinions of New Delhi? If not, does India sound like a place you would like to visit?