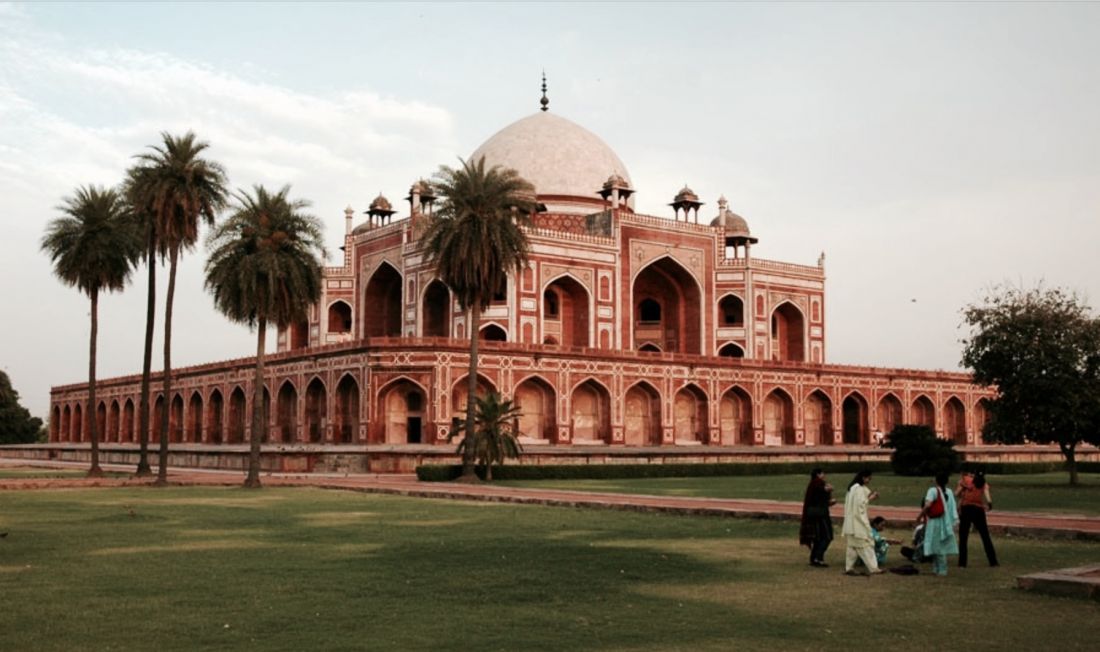 Visiting the Humayun tomb was eye opening. The more we travel and see the largess of the world, the more the saying “It’s good to be the king” really shows you how wonderful life was for the chosen few. Emperor Humayun was no different.

The tomb dedicated to Emperor Humayun in Delhi is further proof of that death doesn’t stop the grand life! We got to check out the emperor’s final resting place on our recent trip to India. I would say this is one of what to do in New Delhi for sure. 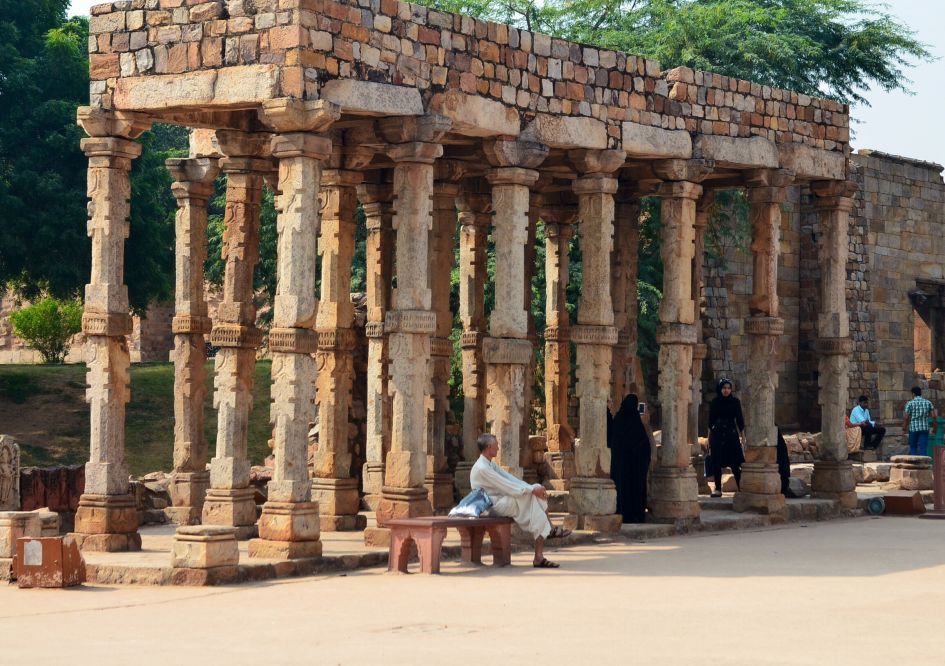 Everywhere you looked had something interesting. Red sandstone and white marble were some of the most used construction items.

Humayun tomb is considered one of the finest  examples of Mughal architecture in India, as well as being one of the first. Construction began in 1565 A.D, nine years after his death.

Who built the Humayun tomb? That would be his widow, Bega Begam that commissioned the construction. We wanted to visit after seeing pictures of the site. The Humayun tomb Mughal style architecture looked fantastic and so we put it on our Delhi itinerary, and you should too. 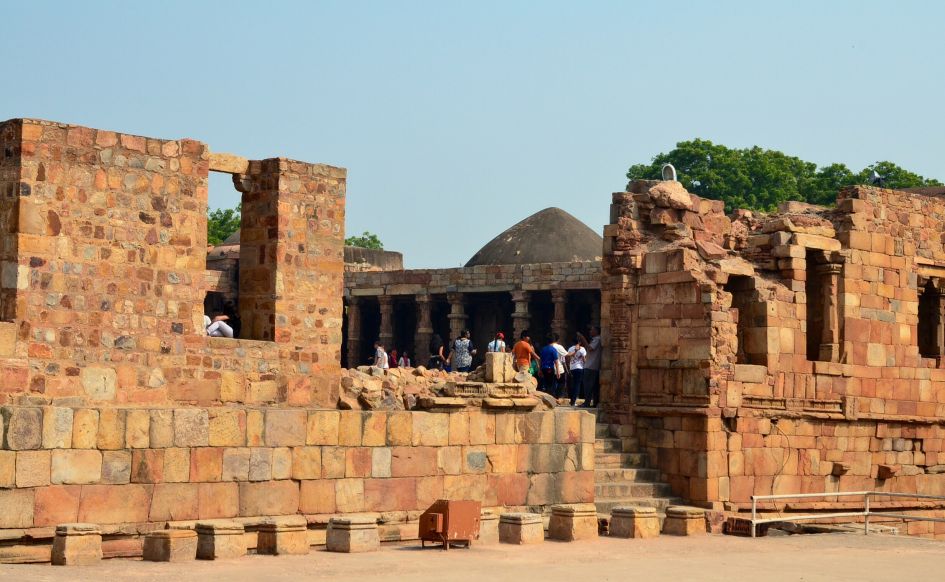 Tomb of Humayun history: The Emperor

Humayun was the second emperor of the Mughal empire and he succeeded his father. He ruled for almost ten years before being overthrown by an Afghan leader. He fled to Persia, and with the help of the Shah was able to regain Delhi. Unfortunately for Humayun, he fell down the stairs in a library and met his untimely death just a short while later :-( .

His wife Bega, who was Persian born, supervised the construction of the tomb with the help of Mirak Mirza Ghiyuath, a Persian Architect. The double dome was something that had never been done in India and was one of the Persian influences introduced. 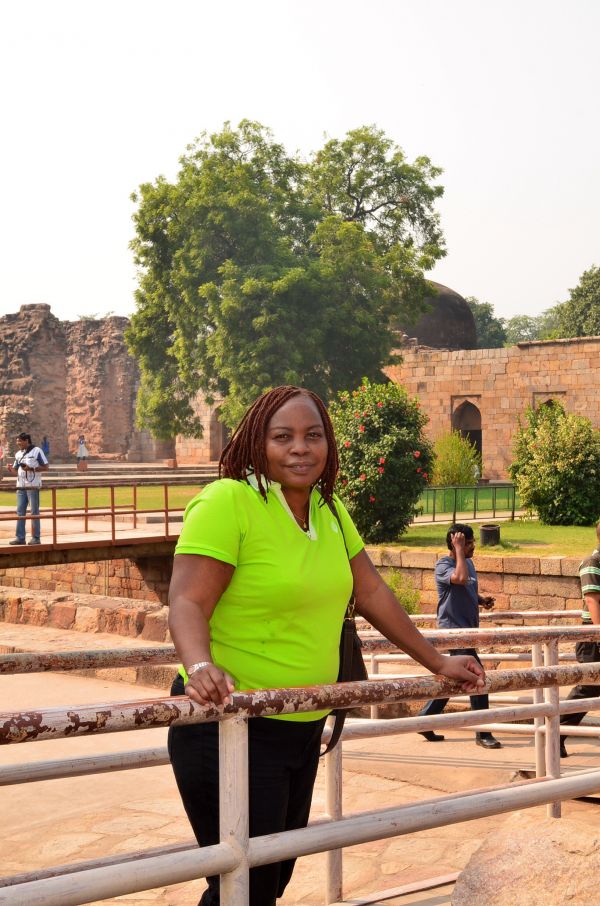 Despite the heat, I managed to stay cool.

The gardens are humongous! Humayun tomb is the first garden tomb in India and very Persian in influence. There are a lot of water ways and square gardens , we didn’t get to check it all out as my brother tired easily. What we did see was grandiose to say the least. There are other lesser known rulers and monarchs buried there as well, including the widow Bega Begam herself.

It’s interesting to note that she (Bega Begam) actually paid for the whole tomb herself, at a cost of 1.5 million rupees..a lot of money in those days. She was apparently devastated when he died. She had gone to Mecca for the Hajj pilgrimage and devoted her life thereafter to building the most magnificent mausoleum in the world in his honor. 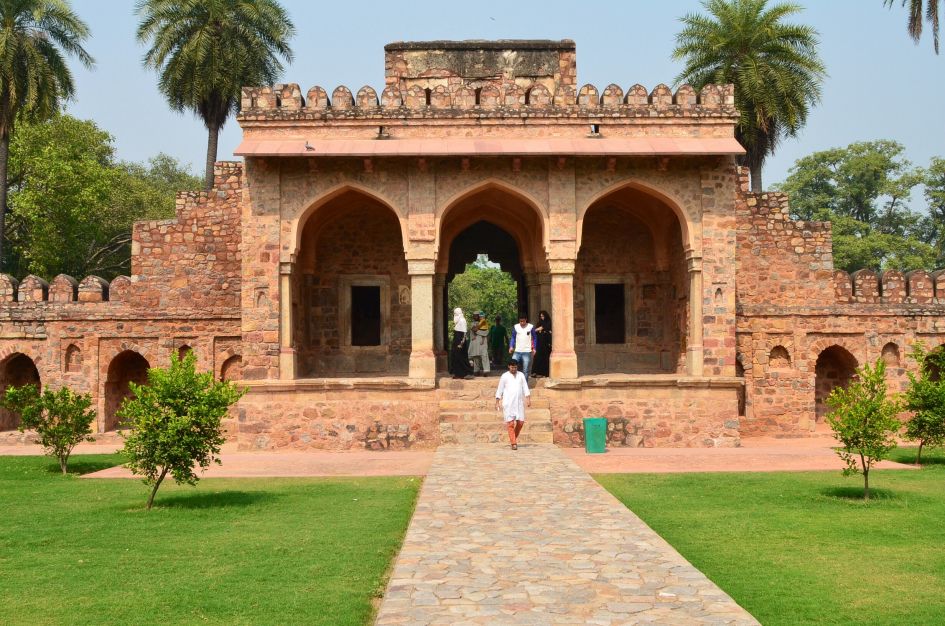 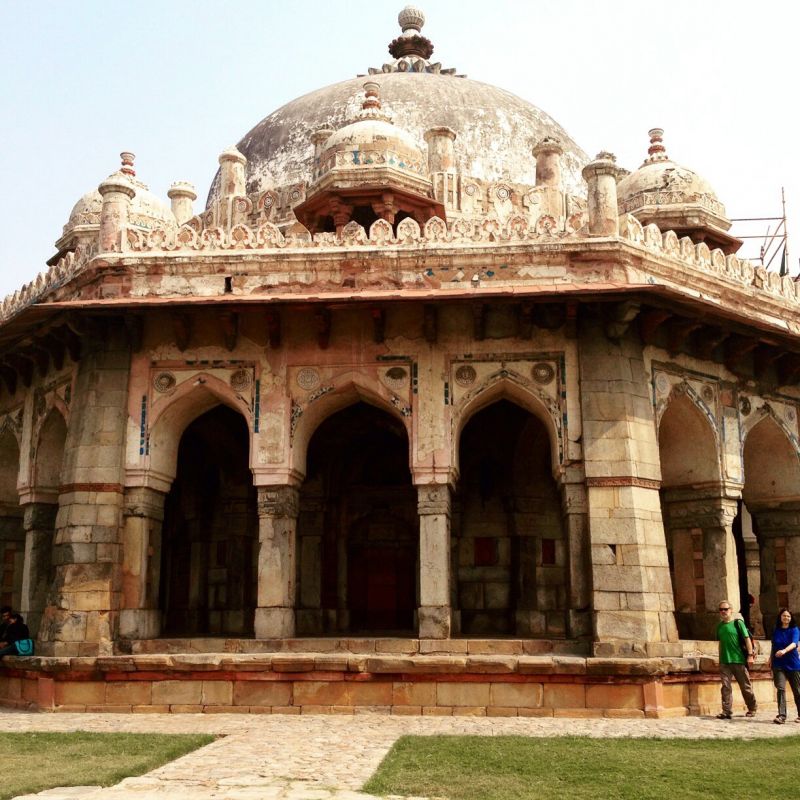 Issa Khan tomb at Humayun Tomb .one of the lesser known people buried in the complex. I would settle for this one :-) . 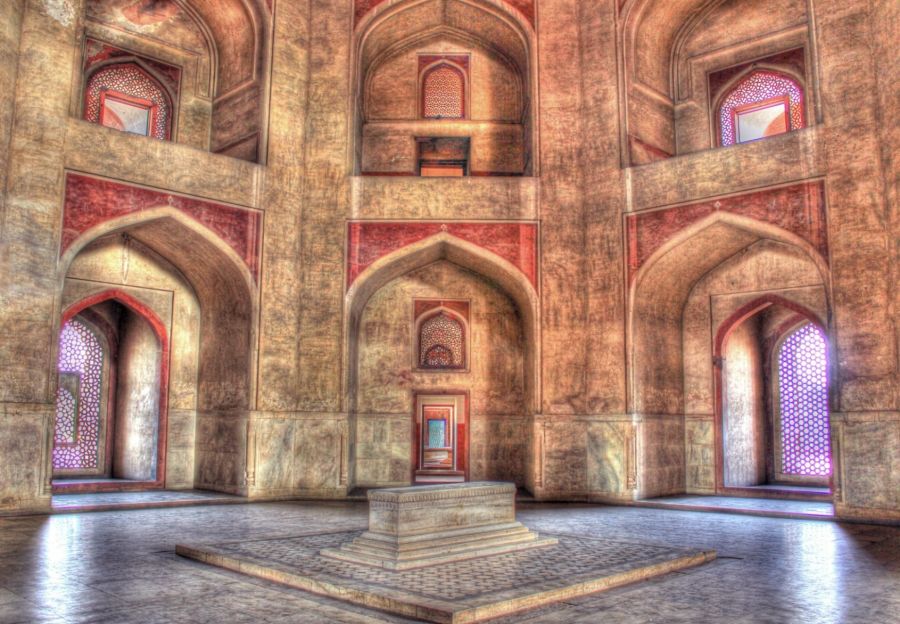 We were not sure if we could take pictures inside as it was a bit confusing with so many sights so we didn’t . This is a Wikipedia image. The real crypt is in the basement.

Travel Insurance Is A Must. Get your free quote 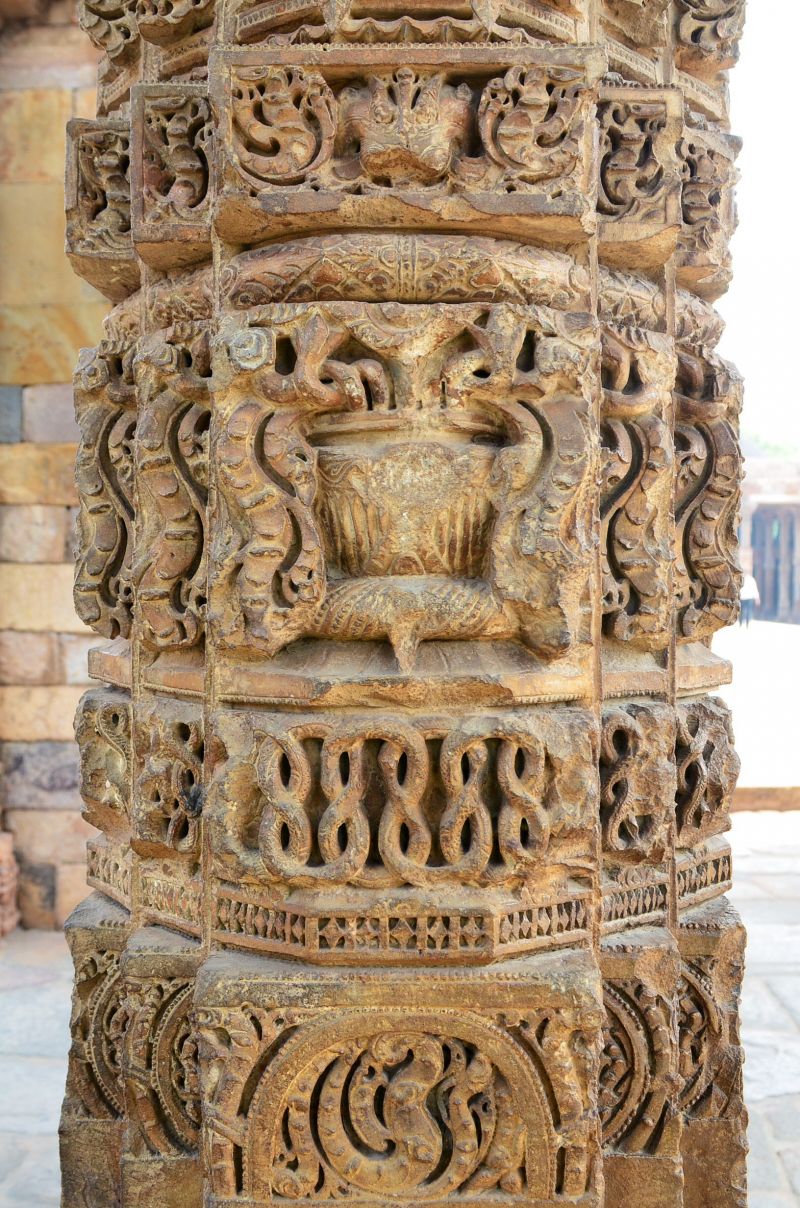 Humayans tomb: Check out the intricate work.. One of the many giant pieces of art at Humayun tomb.

The whole complex consists of 36 gigantic squares over like 30 hectares!! which are further divided into even more squares. A lot of walking :-) . The good thing they did at some point was to just break the walls of the squares somewhat so people could walk from one section to the next, otherwise it would have been way too much, especially on a hot day such as we had. 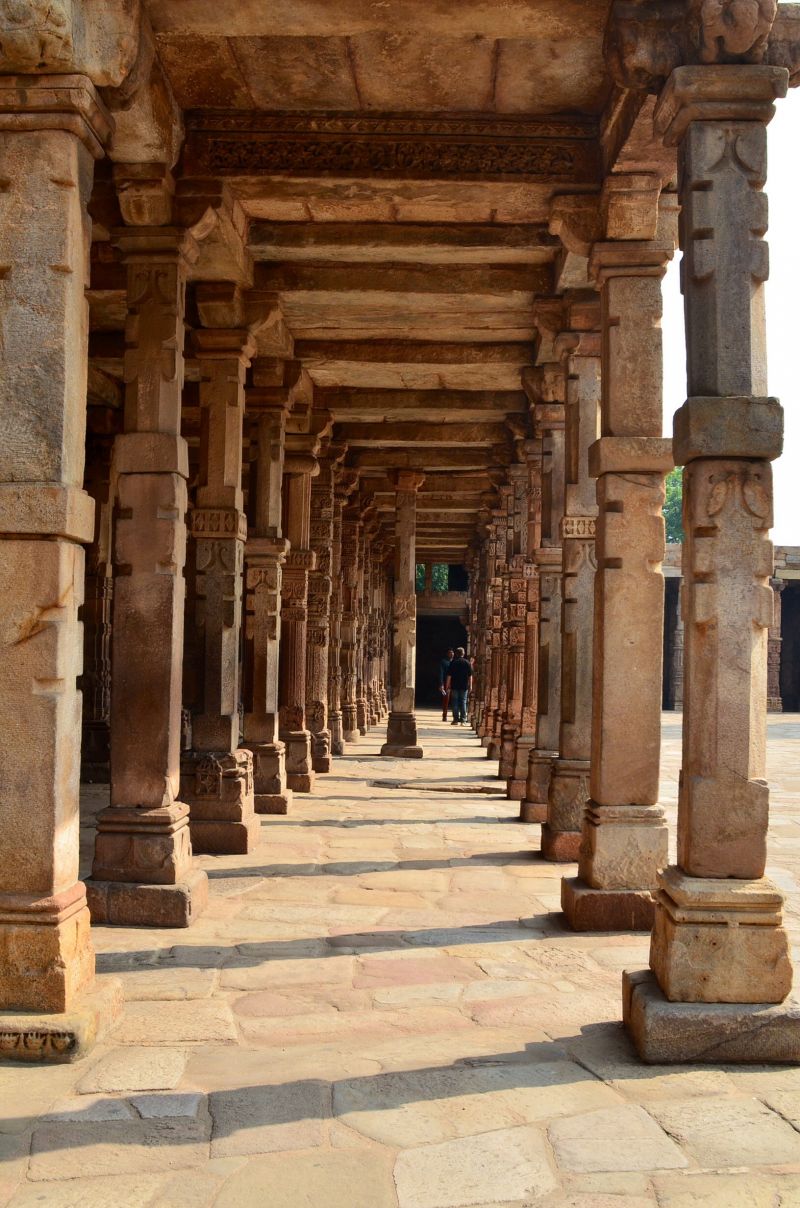 We were saying wow a lot! It’s hard to describe how awesome this looks. Like concrete dipped in warm gold and carved which doesn’t sound plausible. 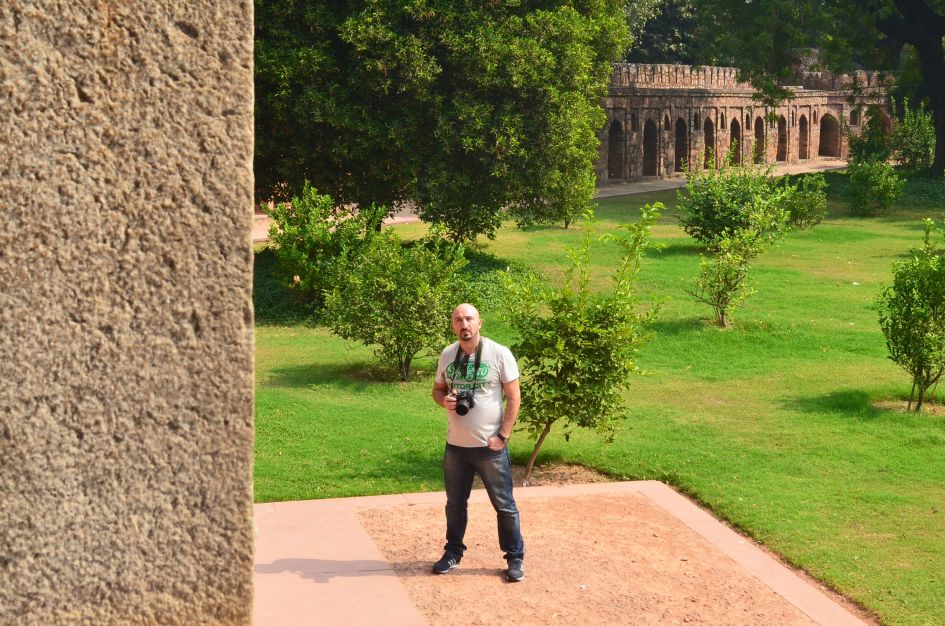 Human tomb was designated as a UNESCO world heritage site in 1993. Over the years, the grounds had fallen to disrepair. A lot of the water channels were destroyed and when the British ruled India, there was tobacco being grown on the grounds, not to mention the various squatters that had settled on the land, including Muslim refugees migrating to Pakistan. After the UNESCO designation, it was taken under the wings of the Aga Khan trust who took over the reconstruction and restoration which was finally completed in 2003. 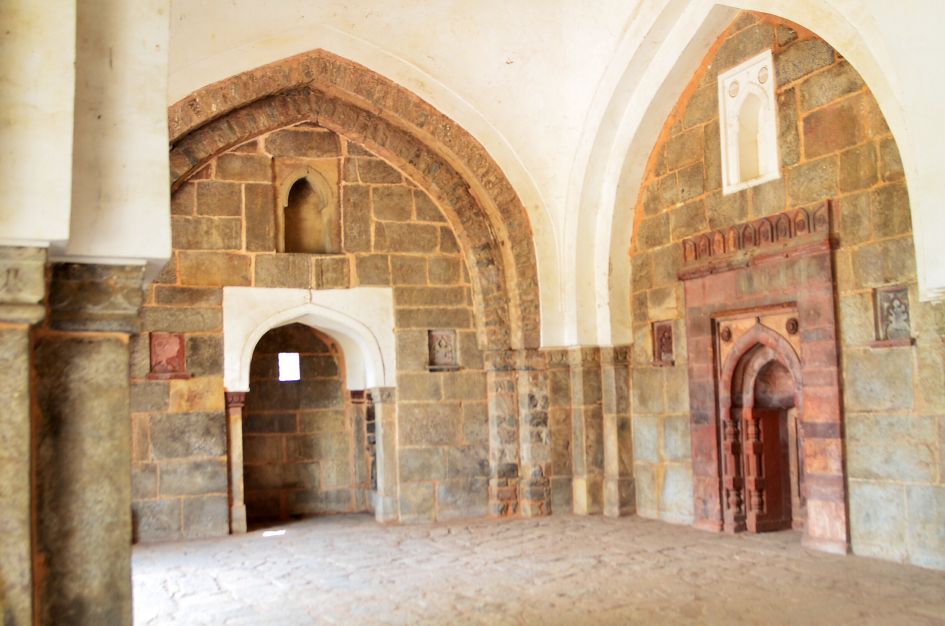 One of the grand entrances at Humayun tomb. 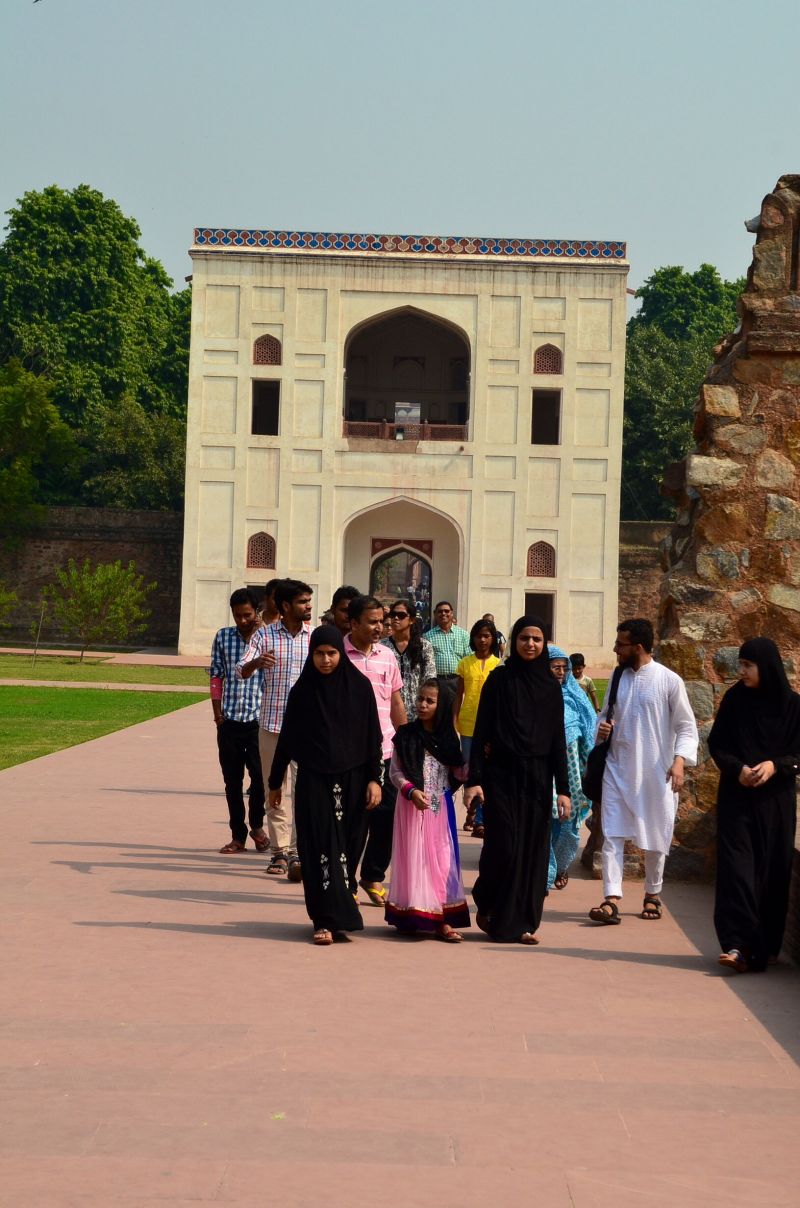 Notice how the wall is divided..not sure who did it. The refugees? The Brits? The government? Thank you l say.

Tombs in Delhi: Humayun and Safdarjung

We had a great day checking out Humayun’s Tomb. Another one of tourist places near Humayun tomb is the equally awesome Safdarjung Tomb, which we have to save for next time. For even more amazing images of Humayun, check out this awesome website blog post.

The admission price was about $3 per person converted. A must see in New Delhi, I would definitely recommend it. For local residents, the price was like 10 cents, so needless to say, a lot of locals were there but it doesn’t feel too bad since the grounds are open and you go at your own pace. Hopefully, you’v enjoyed getting some information on Humayun’s Tomb.

Humayun tomb is located in the Nizamuddin neighborhood on Lodhi road.

The nearest metro stop to Humayun’s tomb is Jor Bagh on the Yellow line or JLN Stadium on the Purple line.

Opening times of Humayun’s Tomb is 6AM – 5.30PM daily. Note that there is an extra fee if you intend to film.

Is Humayun tomb worth visiting?

In our opinion, yes. Humayun tomb is one of the finest tombs in New Delhi, and definitely should be part of your Delhi itinerary. Even the lesser known Issa Khan tomb is fantastic so you can just imagine. The Humayun architecture is unusual and one of a kind, at least as far as we’ve seen in our travels. 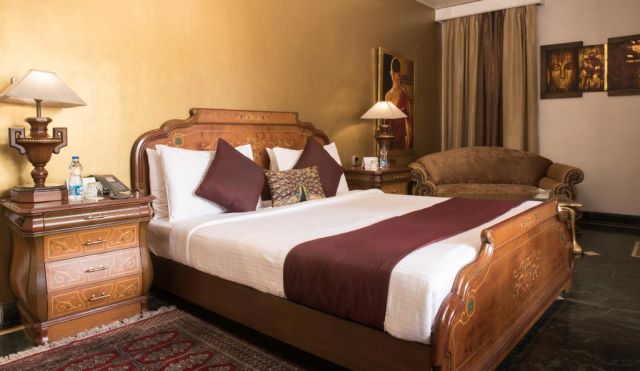 A room at the hotel. A great place to stay in New Delhi according to guests. Read the reviews. 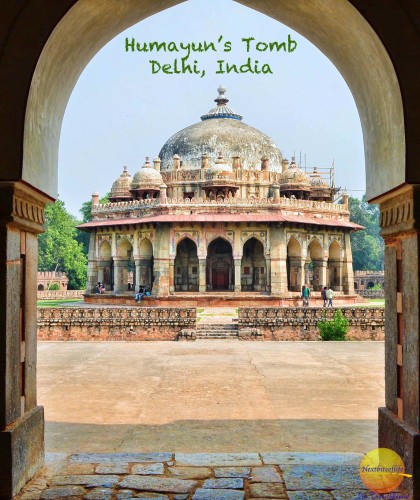 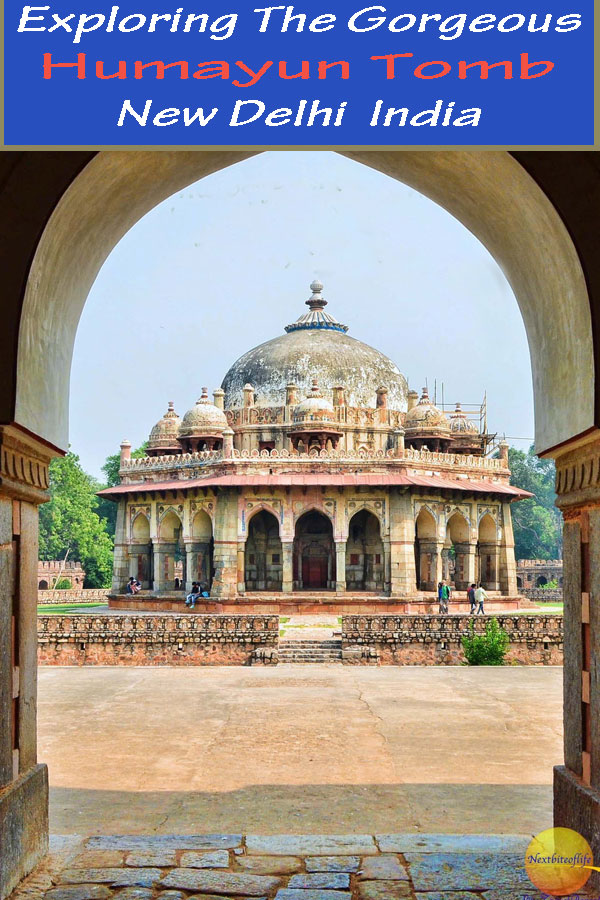 Do you agree with me that it is good to be the king? Would you like to be buried in such an amazing paradise for posterity? Or are you a wallflower who prefers a little hole in the ground somewhere anonymous?