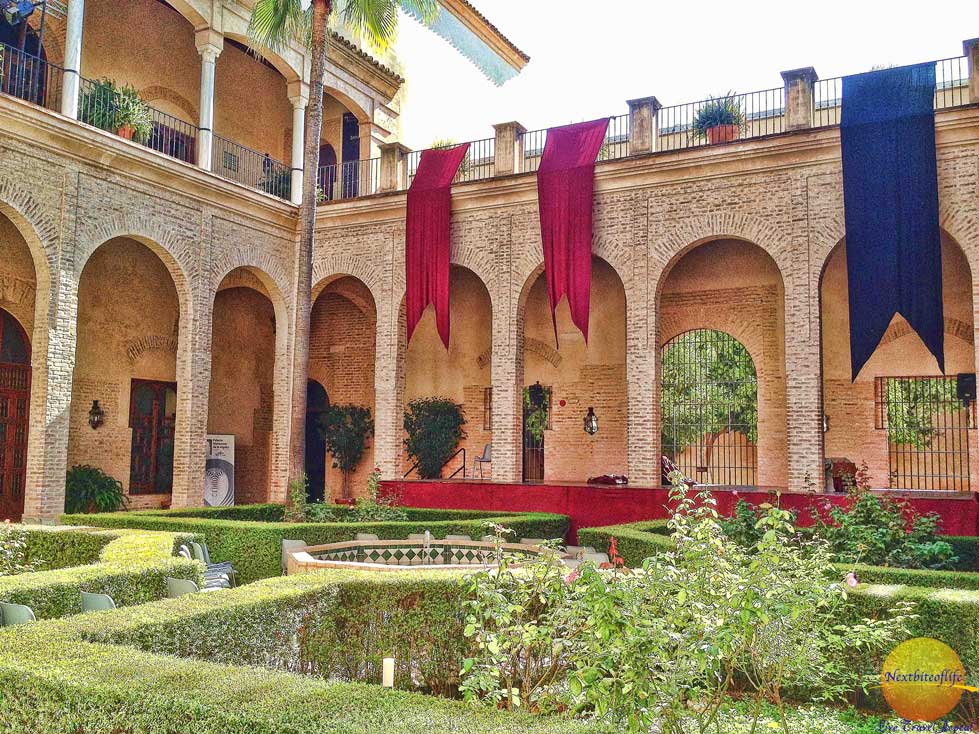 Centro del Mudejar in Seville  is on the first floor.

Today, we bring you a visit to the museum full of Mudejar artifacts. It is by no means a huge museum. Nonetheless, it is worth visiting. One great thing about the Centro del Mudejar is that it is housed in an old palace by the name of Palacio Marqueses de Algaba, and has been re-purposed.

After being here for a while, you start to understand not just how vast the Moorish kingdom extended, but also how immensely rich Seville was in the old days. I had thought that the Alcazar  was the only one that was in Seville. Nope! not by a long shot. The city actually houses several magnificent palaces. 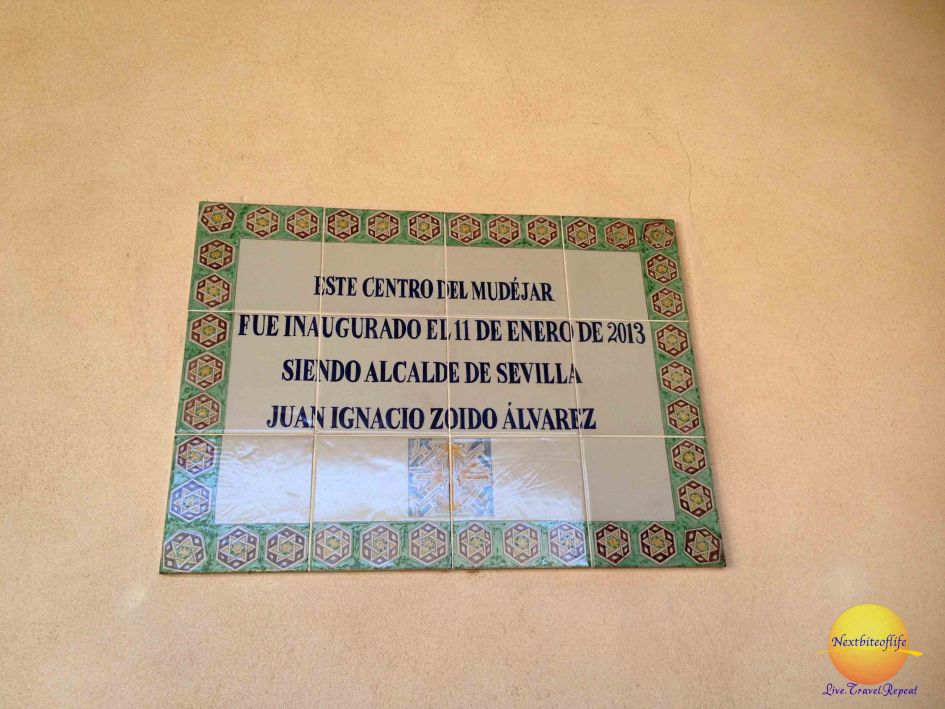 Centro del Mudejar plaque at the entrance of the mujseum.

If you will remember from the Alcazar post, l had talked briefly of the Mudejar population. Those were the Muslims from Andalusia who remained in the region after the Christians came into power. They did not convert to Christianity like the others, and were allowed to live among the Christians but had to pay tributes. They were eventually expelled.

All told, the total  building industry in those times comprised of about 65% of Mudejars, with 40% of them being master builders and bricklayers. You can see why they had no problems allowing them to stay from the beauty of these discovered antiquities. 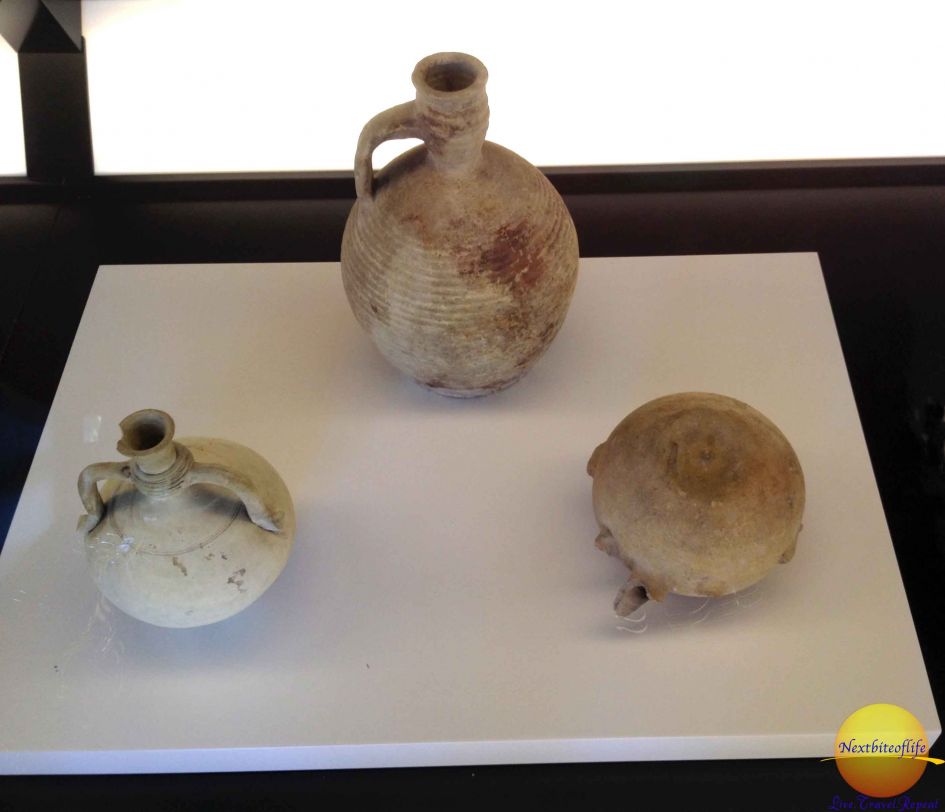 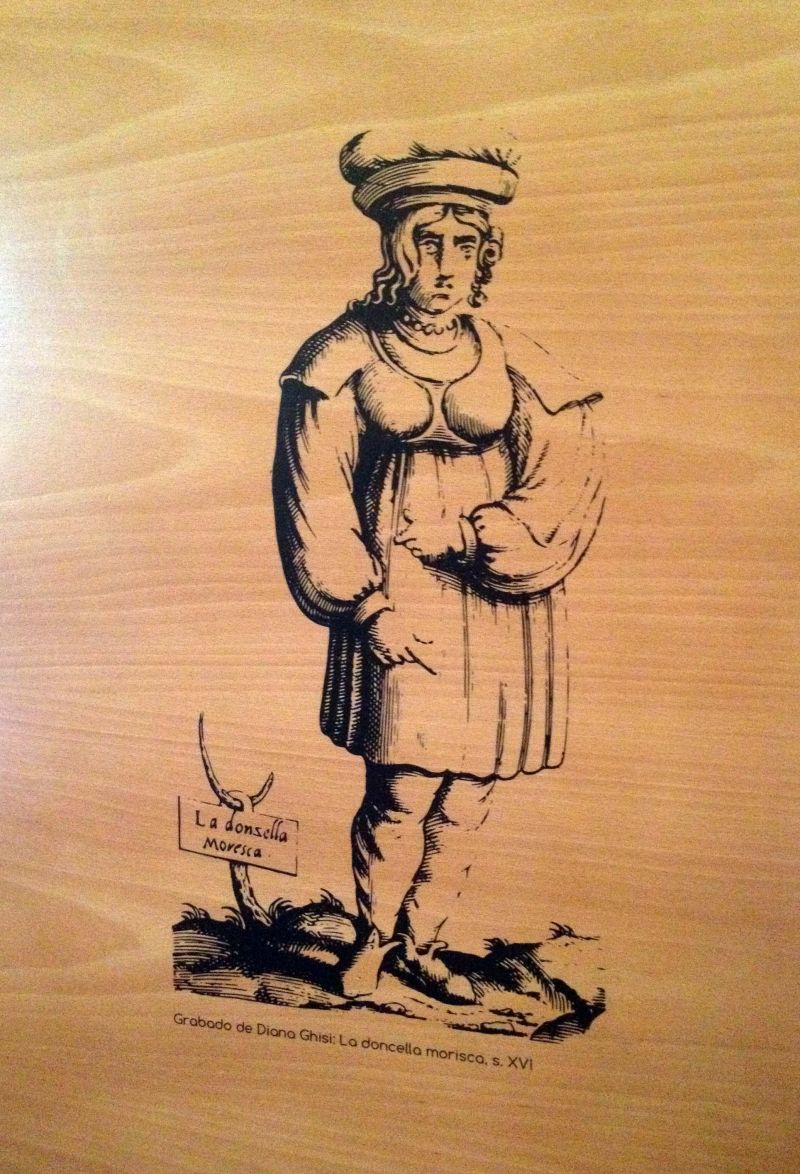 This palace was built in 1474 by Juan de Guzman, who was the first lord of Algaba. Over the years, it has changed hands, and has been at various times, a theater and open air cinema. Like a lot of other ancient places, it also fell into decline. The city of Seville eventually opened the palace back up in 2013 as the Centro del Mudejar on the second floor of the premises. Research and government offices occupy the rest of the palace.

It is typical Moorish design, just like the Alcazar, with the open courtyard and the four sides. I love the fact that all these old places are being put to good use. D. actually told us that one of these palaces is now being used as an old folks home, pretty cool! :-) . 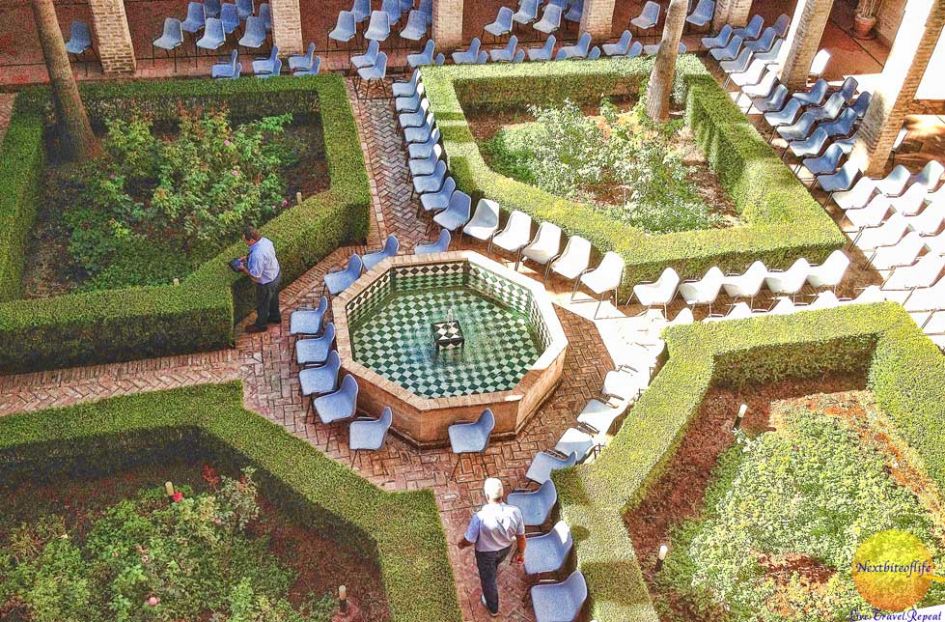 Courtyard view from the top of the centro del Mudejar..

FIND YOUR HOTEL IN SEVILLE 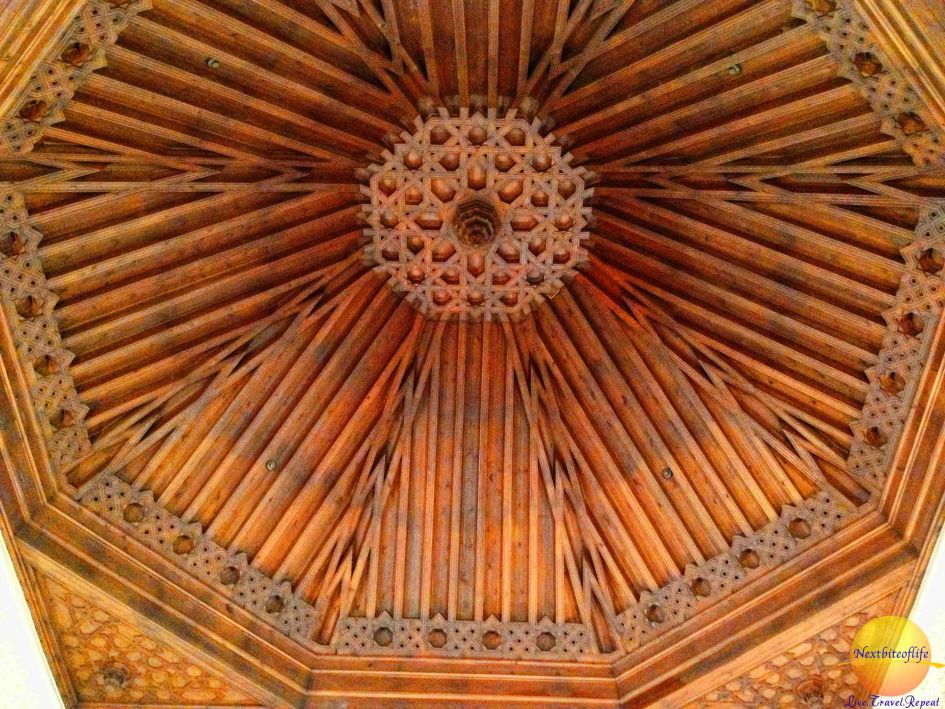 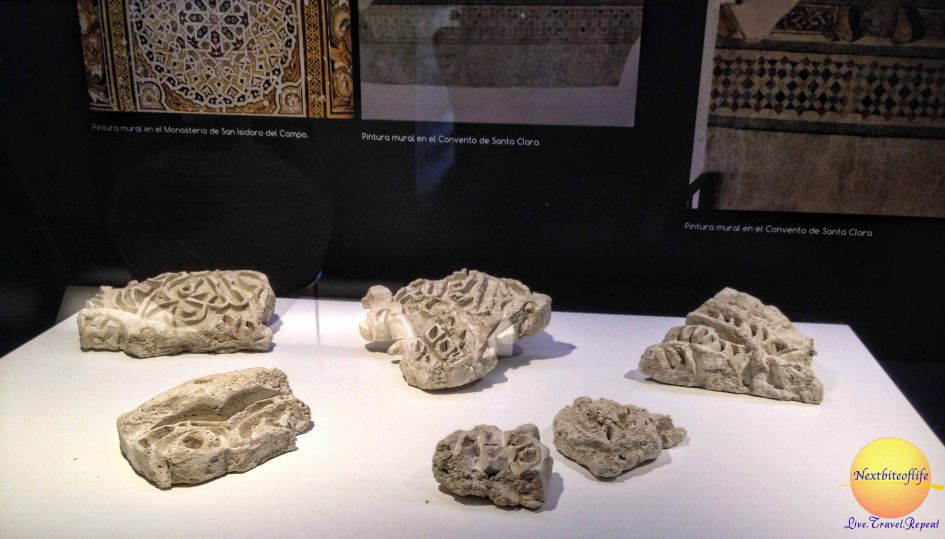 Protect Your Trip With The Best Travel Insurance

The Centro de Mudejar museum houses an interesting collection of Moorish pottery, such as jars, vases and serving pieces, some dating as far back as the 15th century. It displays work by woodsmen and artisans.

There are things such as wooden arches and scones, fragments of plaster from a convent and different tiles of intricate design. It is definitely worthy of a visit if you are in Seville. This might sort of be the cheap way of seeing the Alcazar without paying that entry fee. Yes, it’s not as ostentatious, and you don’t get to see as many of the rooms, or the grounds, but the palace design is the same.

I’m almost thinking that l might skip the Alhambra to tell you the truth :-) . After seeing the Alcazar, as well as the Bahia palace in Marrakesh, l really don’t think l would be missing much. It seems like it would literally be more of the same. If l am wrong, enlighten me :-) . The Mudejar style continues to be used in construction, and the Plaza de Espana which l had written about previously, is a fine example. 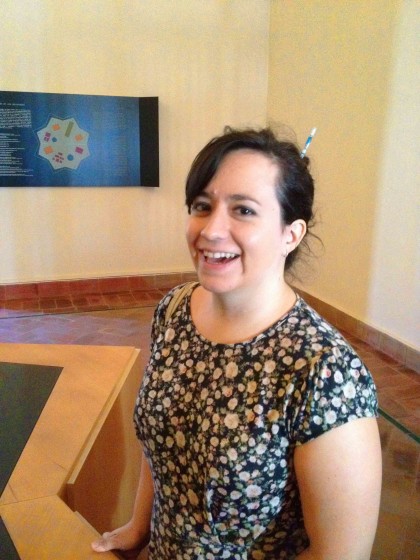 Amazing how much knowledge she packs into that little head :-) . 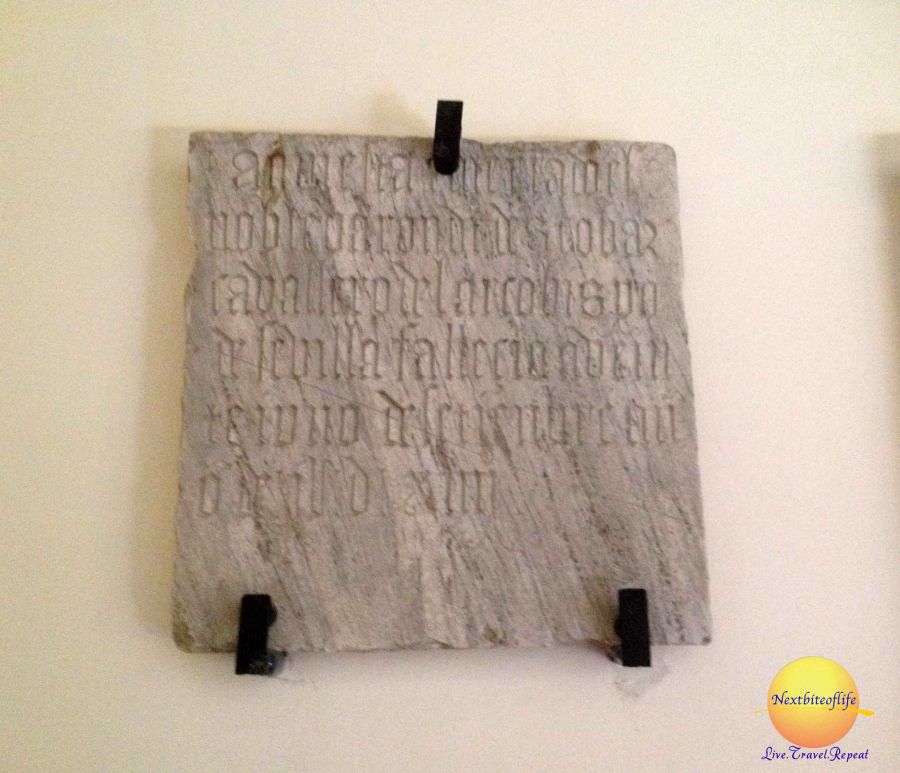 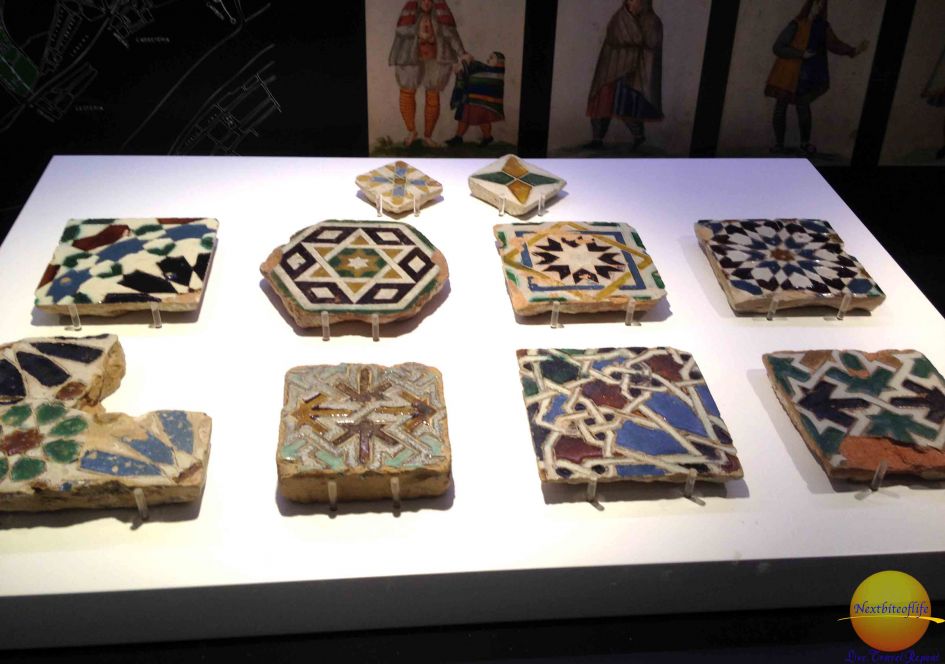 Centro del Mudejar – so many beautiful colored Andalusian tiles that were salvaged. 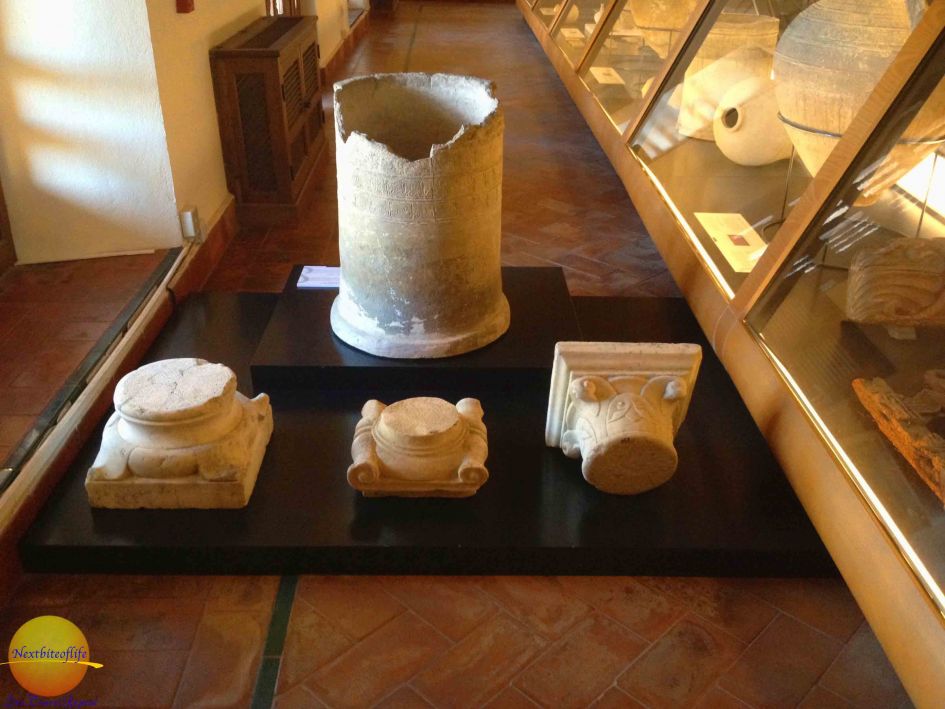 This fascinating Seville museum is in the Macarena neighborhood of the old town, around the calle Feria area. It’s not hard to find, very centrally located, and would take an hour of your time. If you time your visit right, you would get to visit the famous Omnium Sanctorum (All Saints) church that is located right behind the museum (closed on Tuesdays, which of course was the day that we visited :-( ).

The church was built on the grounds of an ancient mosque, and has its own little belfry, reminiscent of the Giralda.  It makes for a lovely afternoon. On Thursdays, there is the most famous flea market in Seville held there, happening since the 13th century!. You can spend some time wandering around the little tiny streets and check out the merchants selling their wares, and the little shops selling not just touristy souvenirs but one of a kind items.

If you’re a fan of history, I would recommend visiting the Centro del Mudejar . It is one of the top things to see in Seville and the fact that it’s rarely crowded makes it even more of a must see in the Macarena neighbourhood. You can’t beat the price of admission and it gives you an insight to the history of the Moors and how their influence is still evident today.

The best part is that there is very little crowd and you will often have the whole place to yourself so you can spend as much time as you want. There are often events in the garden so you can see the government in action as well. 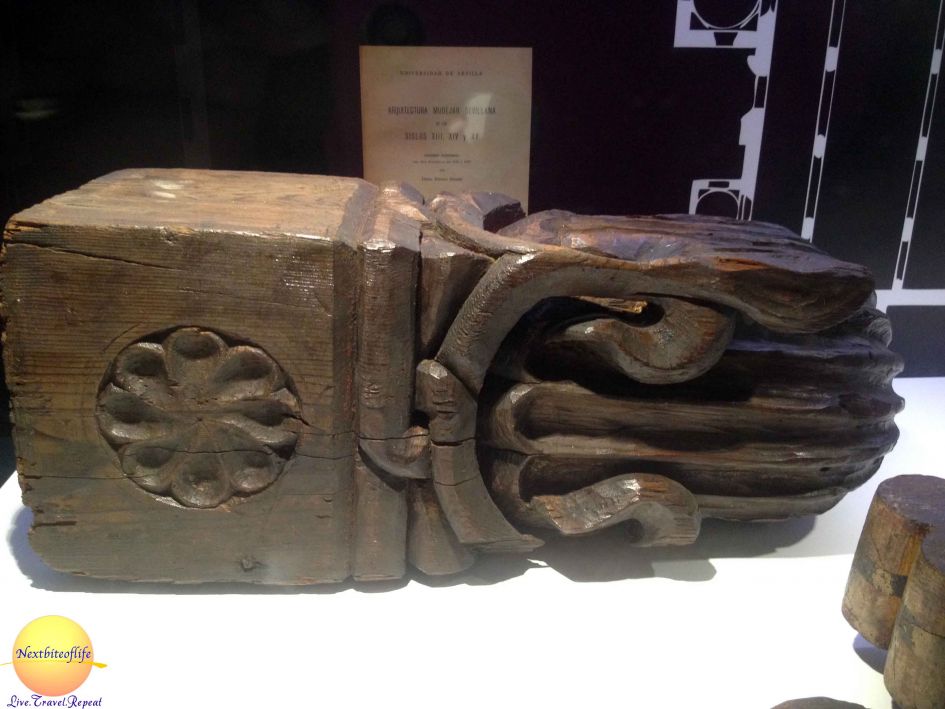 Check out the detailing on this carved piece of art.

What do you think of this museum in Seville? would you add it to the list of must see if you come to Seville? Have you  visited the Alhambra or the Alcazar? If so, what did you think?