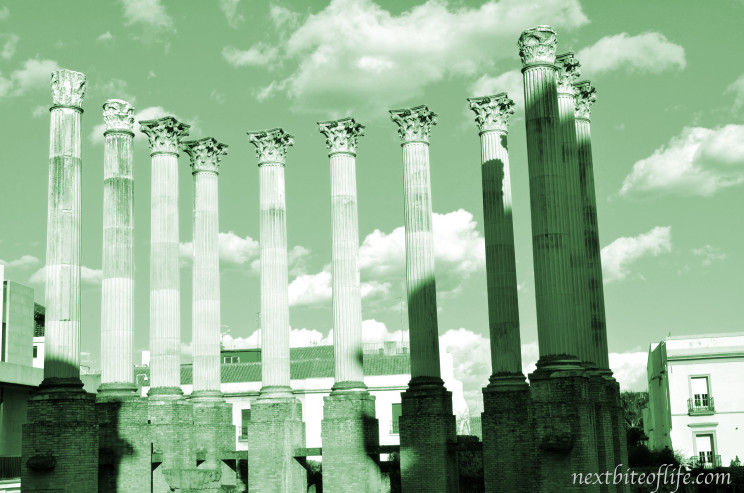 Our epic travel fail vacation started out on such a good note. We were all set to visit the wonderful island of Palma. It was going to be a few days of rest and relaxation.  Set on a stunning mediterranean island, Palma, the resort capital of Mallorca was going to be our playground.

Fun in the sun, Lots of food, drinks and taking in the wonderful scenery of nearby towns. What could go wrong? Right!!! It started off on the right note. We had found wonderful house sitters. The dogs loved them, and we left home in plenty of time to make our flight.

Travel Fail: How we lost money on the flight:

It all started to go wrong once we got to the airport. I had made reservations for parking and was saving over half the usual amount for the week stay, which was a good thing. We parked and got to the departure terminal with an hour to spare. All l had to do was show our boarding pass for our Ryanair flight so we could pass the security control.

My phone stopped working completely and would not connect to the wi-fi at the airport. I tried to use my own cellular data, with no success. Federico tried his too..and nothing. I had checked in with the Ryanair app and had to log in to retrieve the booking with the scan code. Zip..nada.. it just kept spinning as the time ran down and we saw the plane take off without us.

Tip going forward: If you are using an app, take a screen, take a screenshot of your boarding pass. Had l done that, we could have used that at the airport.

It’s amazing what happens to you when you start to panic. My ability to think out of the box ground to a halt. We went to the Ryanair counter, and explained what was happening. We were told there was nothing they could do at the counter. They could not reprint the tickets, even at the extra cost we were willing to pay.

We had to go to their counter that was just after the security control. See our problem here? We could not pass security without the bar codes to get to their counter. We offered money to someone else to try on their phone..and you know what?..frozen too.

It was almost as if the airport had some sort of throttling. Only the phones were working, not the data. Needless to say, we watched the gates close and ended up missing our flight. Money down the drain. It was the first time trying to use the app but my printer had run out of ink :-(, so l thought l’d try it.

How we lost money: Hotel

I was disappointed to say the least. The domino effect started. The hotel in Mallorca which l had booked the day before was non changeable and non refundable. We were out  hundreds of dollars for the room. Gone was my spa day, my massage, pedicure, manicure and facial 🙁 .

Federico initially wanted to go back home. He was however in a foul mood, and he would have ended up ruining things for the sitters. It wasn’t their fault that we had been unable to make our flight. They were a family of four and it would have been way too uncomfortable for all of us. I had to come up with a plan B, and quick. 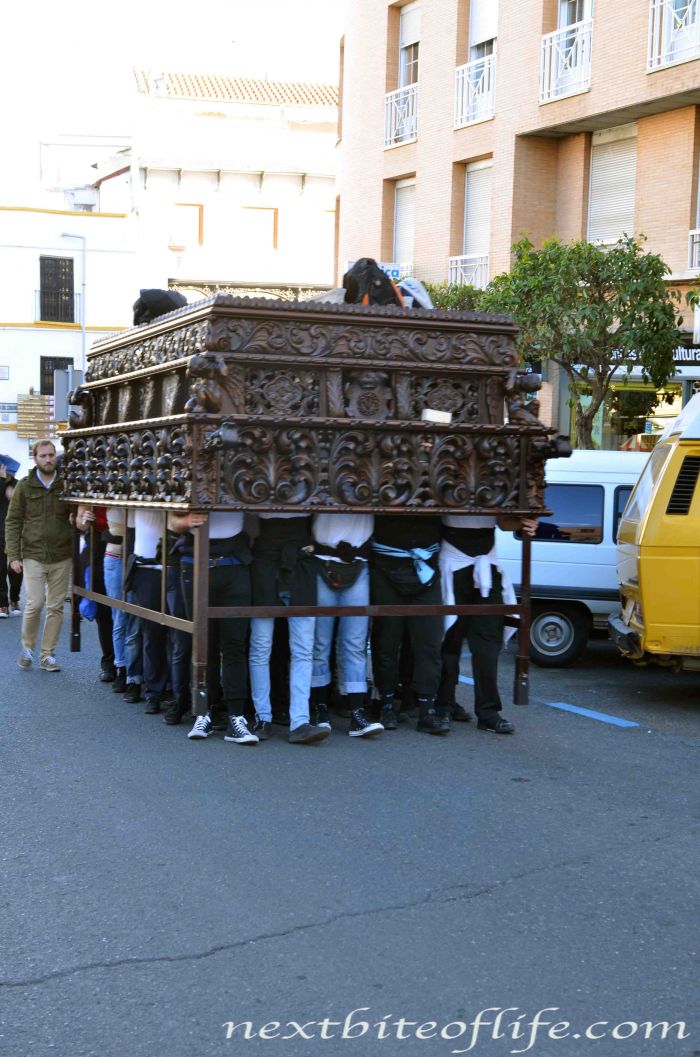 These men were preparing for the Semana Holy Week in Cordoba, l assume. It is considered an honor to carry the Virgin statues. Heavy work indeed.

Plan B in effect to salvage our travel fail:

I suggested we visit somewhere else instead. Luckily, being in Seville, we were close to several wonderful cities, some l mentioned in my previous post. The Seville airport is one-third of the way to Cordoba, so we decided to just keep driving and visit Cordoba sooner than expected. The drive went smoothly.Ever optimistic, l was sure it would be easy to find a hotel room.

The old center of Cordoba is extremely hard to navigate  with a car, and would never attempt it again 🙁 . The first hotel we found where we could pull in had one last room, but it was insanely expensive, even for us..and with no breakfast..and a $22 additional fee per day for parking. I was tired, and told him to just take the room. Still stinging from our loss, he said no..that we would find someplace else.

We drove around for over an hour before finding a spot to park (on the sidewalk illegally, but so were other cars and we decided to risk it). We then walked around for over two hours looking for hotel rooms.

Nobody had vacancies! Nobody..over 14 hotels, and we could not find a single room!!!! We then followed a road sign for a big chain Hotel, figuring we would find a room there. It turns out to be about 8 miles outside of the city center and was just as expensive as the first hotel. It was made worse by the fact that to catch the bus into town, you had to walk almost half a mile.

We decided to go back to the first hotel and just suck it up and pay the outrageous fee. I know you’ll find it hard to believe 😉 .. the last room was  taken! It was now dark and l was cranky as hell. I wanted to just get the hell out of Cordoba.

As we were leaving, we saw a tiny sign for a hotel/hostel (in all honesty, l had stopped him from inquiring at hostels prior to this because of my stupid elitist thinking, I can be a real twat sometimes!).

Federico pulled over and l waited in the car while he ran in. It was a tiny, tiny street, and wouldn’t you know it..a bus came by and could not pass, and he honked and honked. I made the mistake of moving the car instead of just waiting for him to come back.

Once on the road, there was nowhere to stop all along without holding up the bus. I thought l could just go round and come back down…but l was foiled by one way streets and ones that just dead-ended!.

Over an hour later, l had gotten so lost in the little tiny alleyways and one way streets and had no idea how to get back. Not one single spot to park in, and a dead phone to boot because l had used it so much trying to find hotels.

How we lost money: Cab and gas

To say l was panicked would have been putting it mildly 🙁 . I finally, mercifully got led out of the old city center and found a gas station. I pulled in and attempted to ask to use the phone. A flurry of Spanish from the attendant, none of which l understood, but which amounted to a no.

l saw a cab driver pull up. I ran up to him and almost tearfully explained that l needed to use his cellphone to make a phone call. I called Federico, who at this point was so panicked, he had called the cops and a search was now out for the foreigner who had been hijacked or taken since their calls went unanswered. What a mess!

The cab driver talked to the hotel manager who described where they were. I  drove behind the cab back to the hotel, who mercifully had a room available in he hotel part. I was so grateful to the cabbie, l tipped him an extra $25. He saved the day.

How we lost money on our epic travel fail: Paying for another hotel

The hostel hostess was so kind. She had been worried and was standing on the main street to flag down the cab. She called off the search party :-). She  also gave us the room at half price since it was already 9pm and didn’t charge for parking either.

She additionally gave us the name of a wonderful eatery that was close by. We were starving. Thanks to her and the cab driver, the day was made better, and l am so grateful. So, really long, long story short, we stayed in Cordoba and make Schweppes Bitter Lemon from our lemons 🙂 .

What surprised me most about our failed travel plans was our attitude towards the whole rotten day. I made my peace with it once l realized were screwed! Federico, who l had thought was going to be bitter for the whole weekend, was actually quite nonchalant about the whole thing.

He was more worried that l had gotten in an accident or something horrific. We chucked it up to part of the highs and lows of traveling. It sucks to have lost over 600 euros between the flight, the resort stay and the other things like gas, and of course spent more money having to pay for the hostel and meals, but c’est la vie. Thinking back, we lost even more than that for the airline change fees while my brother was in hospital.

Once again, the next time you see travellers telling you only about the good times with none of the bad, keep in mind that they are more than likely not fully telling you the truth. S**t happens. I will tell you the good, the bad and the ugly. I want you to arm-chair travel with us through all the times 🙂 . I can’t tell you how many curse words l said while all this was happening!, in 3 languages even!!!! 😉 🙂 🙂 .

At this point, after this insane travel fail, l haven’t had the desire to visit Palma de Mallorca. Federico is ready to give it another go and l think we will make it happen within the next year.  What could have turned out to be the most horrible days of our lives ended up being just a footnote, thanks to the kindness of strangers. My little Spanish completely deserted me when attempting to describe my predicament.

The cabbie took the time to listen, and helped, despite the language barrier :-), something the gas station attendant didn’t.  Amazing what a difference a day makes. Come Sunday daylight, we saw plenty more hotels on foot and lots of vacancies as the weekend revellers had checked out. We decided to stay put in the hotel for the duration of our trip.

Protect your trip with the Right Travel Insurance

Update: Since we had this epic travel fail, one of our worst travel fails to date, we have learned to get travel insurance when we take trips. Fortunately, we haven’t had to use it, but it definitely gives you a peace of mind and could have saved us hundreds of dollars on this trip. It’s definitely worth having.

I have heard numerous scary stories of friends like Terry needing medical help and Betsy with a medical emergency while out of their home country. Without travel insurance, the amount of money that would have to come out of pocket would have been devastating. Learn from our travel fail and protect yourself. 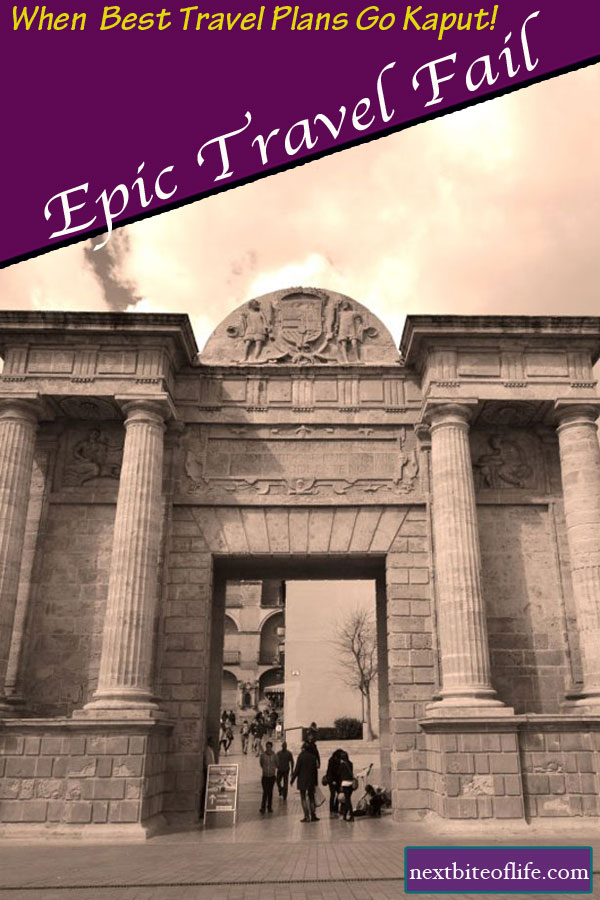 Have you ever had such a disaster travel fail happen to you? Have you missed a flight or lost money due to circumstances beyond your control? Did you swear and curse like sailor 😉 , or were you cool as cucumber?

43 thoughts on “Epic Travel Fail – How We Lost Money”