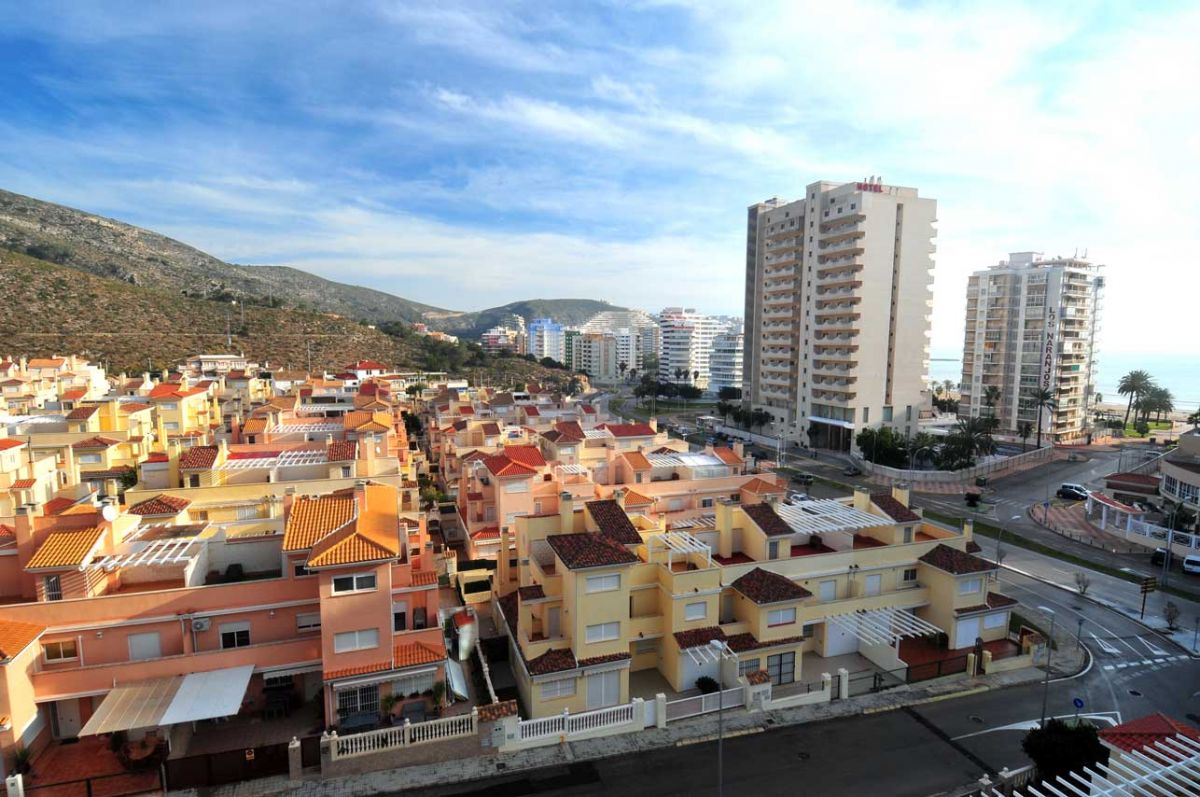 I had such high hopes for Cullera, a neighboring Valencia town. It looked just perfect for us from the pictures and videos that I had seen. This was destined to be our next home, I was positive. Just to be sure though, we decided to take the four hour train to Valencia from Seville to check it out. Our second year in Seville was brutal in the summer with temperatures reaching over 110 degrees. Muggy too. The desire to be closer to water came on strong. Our first summer here had been dry and we had often wondered why people complained so much. Who knew we had just been lucky!  Now we know.

How and Why Cullera disappointed us: 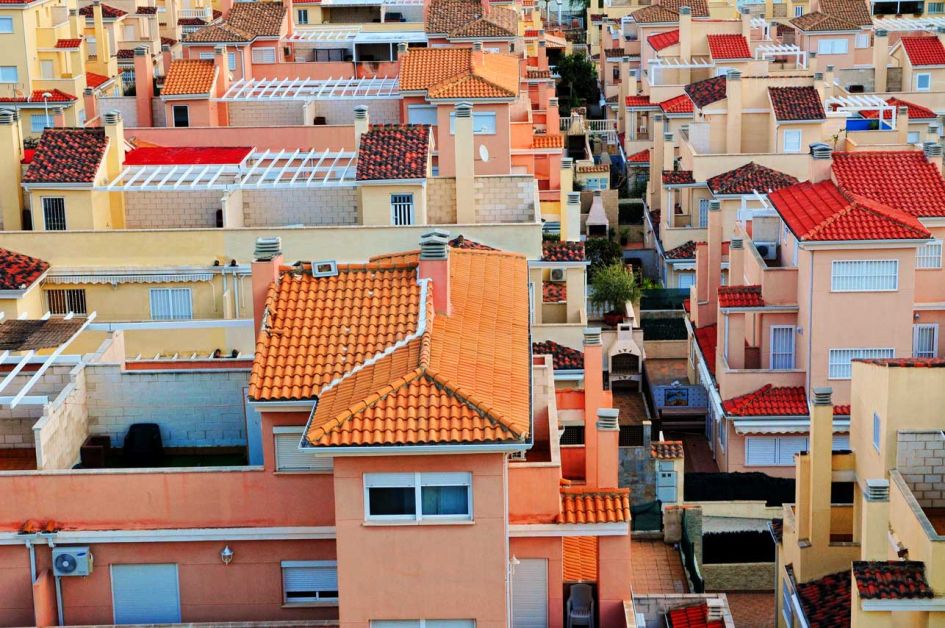 We had pictured ourselves living in one of these townhouses :-).

Affiliate links are containe in this post. If you purchase from the links, we make a referral commission.

Why Cullera instead of Valencia?

Cullera is a 35 minute train ride from the city of Valencia. It sounded idyllic. We could come into the city and still be by the seaside. Once we had decided on Cullera, we didn’t bother looking for places in Valencia itself which was mistake number one!

Valencia Nord station was just a few minutes walk from our AirBnB apartment. The ride itself was uneventful and the landscape extremely boring and yes..bleak. By the time the train stopped at the station, we were both already having doubts about living there.

There wasn’t a cab in sight at the station, just a bus. We hopped on, along with 3 other people. The ride took roughly 15 minutes to get into Cullera proper, and we saw no signs of life the whole way. We just chucked it up to siesta time.The hotel was a further 15 minute walk from the last bust stop, and it was frigging cold. A freak Siberian cold front had brought snow to many places in Spain, including Valencia. The bus driver pointed us towards the hotel and took off. 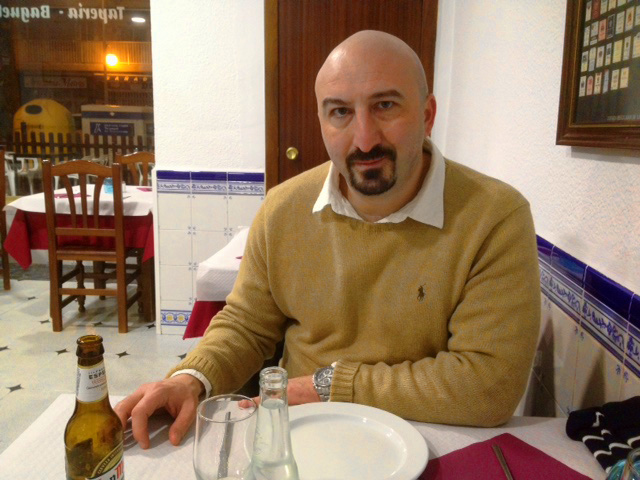 At the lone open restaurant :-)

The hotel restaurant had closed for lunch by the time we arrived. The receptionist confirmed what we already knew. No place was open. We could order Tele Pizza (the only other place open in Cullera) and have them deliver but we were so hungry, she took pity on us and called up to the restaurant to see if they had any food left.

We said yes to the Valenciana paella and went upstairs. Even though we were grateful they fed us, we ended up paying $47 for 2 plates of rice (you couldn’t find duck on my plate with a microscope, plenty of artichokes though ;-) .. and Federico had one tiny piece in his), one bottle of water, one dessert pudding and a salad!!!! We ate a lot of pizza the rest of the time. 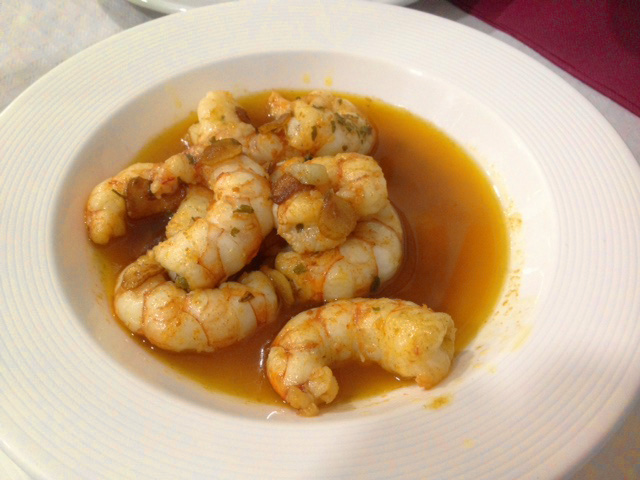 This shrimp was so good, we practically licked the plate :-). Thank god the restaurant was open.

We got to see how the town is eight months out of the year. A ghost town. I think we saw 10 people the whole time apart from the other suckers at the hotel like us (not many). It was eerie walking along the beach and just seeing one lit flat out of hundreds and hundreds. What would happen if you got stuck in the elevator? You’d be dead before they found you ;-).

Had we moved without checking it out like we did for Malaga,  I would probably have killed myself after a few days. Dramatic l know..but..yikes! It is a gorgeous place though. Reminds me of Miami. It’s just not for us. Madrillenos go there for the summer and lock up for the winter.

Both supermarkets in the Cullera area also closed for the winters, as were all the restaurants. We managed to find one lady with a small bar who served us bread and butter after a 25 minute walk.  The 4 patrons inside were hitting the hard liquor at 11AM!!! I would probably be doing the same if l lived there.. ;-). 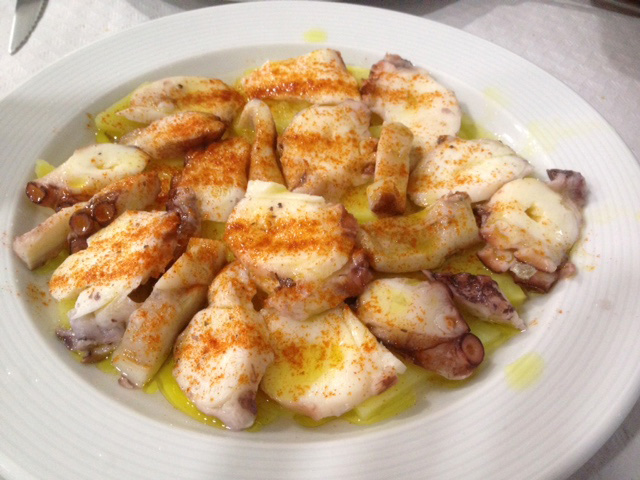 The last evening of 3, we decided to just keep walking along the beach because the receptionist said there would  be restaurants open on a Friday night. Nope!!!  Amazingly we saw a Burger King 40  minutes later and had young kids from the pueblo (about a further 2 miles out) on dates. We almost gave up and went in when we asked a lady walking her dog who first laughed knowingly, then pointed down the street to the lone open restaurant. 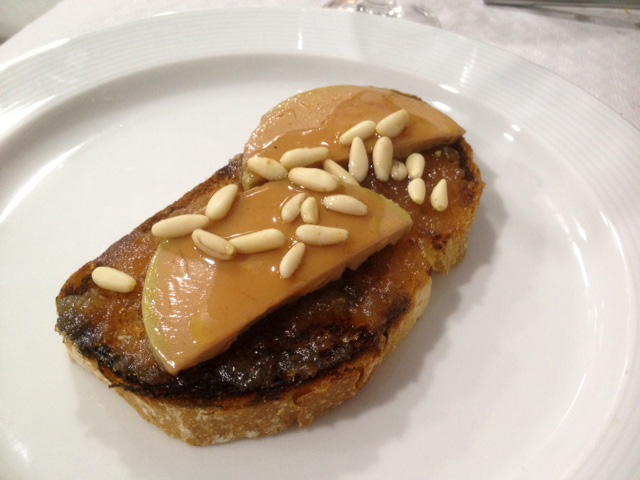 Foie Gras with pine nuts and l think figs. It was incredible.

It was worth the walk. The restaurant turned out to be very good. The tapas were delicious. The wine was cheap. There was no paella though. The owner said it wasn’t worth making since they had very few customers.

Our thoughts on living in Cullera:

One takeaway from the whole experience is that we dodged a bullet. We would have been miserable in the winter there and definitely would have been just as miserable in the summer. It was obvious to me that it would be invaded by holiday makers and summers would be extremely loud. I guess l pictured it would be more like Malta where it got crazy in the summer, but it was still populated in the winter with locals. Even though this wasted some money, it was not quite a travel fail :-).

If you’re looking to rent like we were, you will have a horrible time finding a place to rent for a full year. Most of the flats are rented for eight or nine months out of the year. The owners make a killing renting to tourists for the summer, and you would have to move to accommodate that, something we didn’t care to do.

The rental price difference, while a bit cheaper than Valencia city, didn’t make it worthwhile.

Even though we have a car, I would still hate having to drive in the winters into other parts for groceries. I know what you’re thinking, why not just live in the pueblo? It would defeat the whole purpose of moving. Close to the water, views etc. etc. We could pay the same and be just a few minutes walk from the center of Valencia. 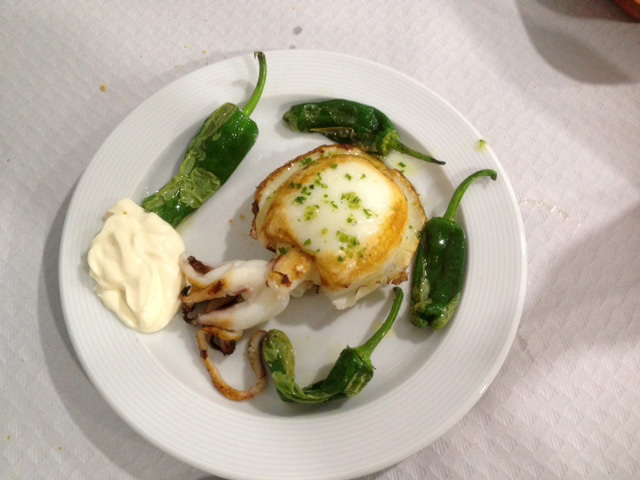 What now? Cullera or Valencia?

Updated to say we chose Valencia. We love living in the city and find that life here is pretty awesome. It was a bit hard to find our first apartment in the city thanks to the dogs in tow, but once we figured out the ins and outs of renting in Valencia with dogs, things have gotten a lot easier.  We  have recently completed the purchase of our very own flat in Valencia. 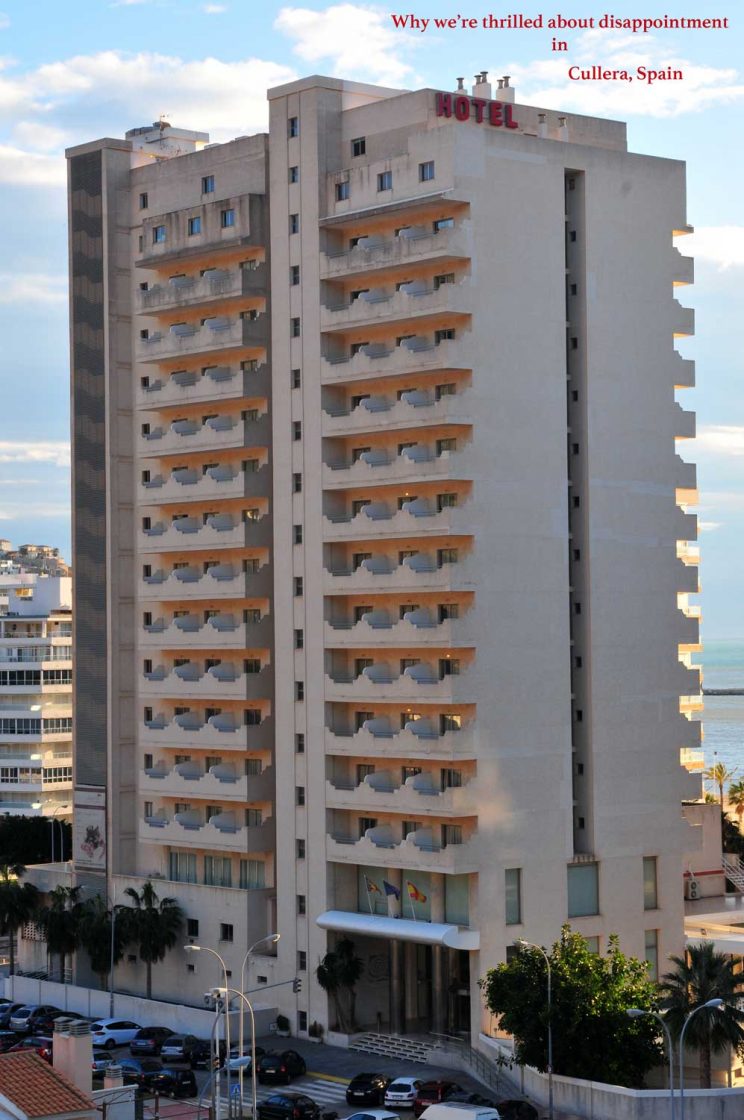 If you’re trying to decide between Valencia and Cullera, think carefully about what is important to you. If you’re someone who enjoys solitude, Cullera might be a good fit, but be prepared for that solitude to be for most of the year.

If you prefer to have year round cafes and people around you, then Valencia would be the better place, especially because you have neighbourhoods that are very close to the city, walkable or reachable by metro that will cast you the same to rent on a yearly basis, so you can have the best of both worlds.

Are you ready for the fabulous life in Spain as an expat? If the answer is yes, you can purchase our moving to Spain with emphasis on Valencia guide on Amazon.