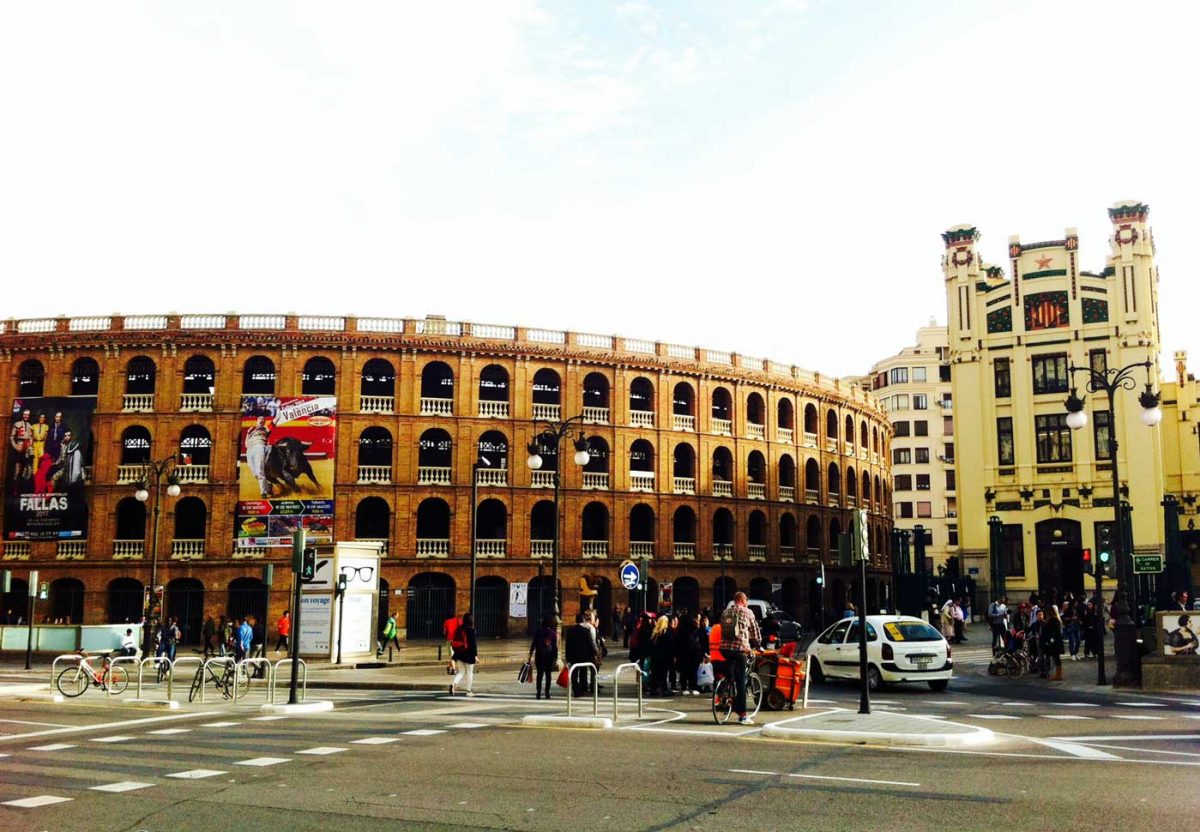 I feel better now for putting it out there. Trying to find an apartment in Spain is a lesson in frustration. It seems like everything is set up for failure. You’d think this would get easier since it’s not our first time, but nope! I was having a discussion with another woman who expressed frustration with the real estate agents. It’s just her and one small dog and she is ready to give up. I could empathize because l have to say that I am in no way impressed with Spanish real estate agents.

The estate agents actually suck for the most part. I know I’m going to get a lot of hate and “go back to where you came from”  comments, but it needed to be said. Here are just some of the stupid reasons why flat hunting in Spain sucks, especially if you have pets. These are the reasons why Spain sucks. They have a lot to learn when it comes to real estate. It’s only for the brave, unless you know people who know people and can skip this whole drama.

3 of the stupid reasons why flat hunting in Spain sucks!

Laziness of the estate agents:

House hunting is so frustrating to see how lazy a lot of the realtors are here. I have to say it was the same in Malta. A slight improvement actually, because here the listings are at least removed shortly after the flat rents. In Malta, they never do, you make calls only to find out that the listings are years old! ;-) .

I’ll be the first to admit that real estate agents in the U.S suck too because they are way too aggressive and will bombard you with phone calls, texts, emails and any other way to contact you in an effort to get your business. Spain is the complete opposite where they are slow as molasses. The best way l can describe it is the old Six Million Dollar Man episodes where Steve runs in slow motion, but is actually fast. Here, you almost see the wheels turning in slow motion, only nothing gets accomplished :-). 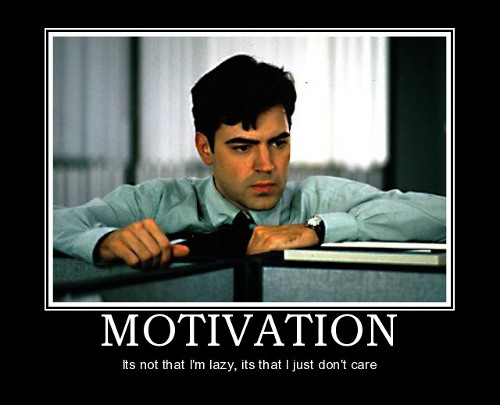 The work day starts at 10AM and you call at 11, they don’t even pick up. It just rings, or you might get a message saying call back. No answering machine or anything, not that they would call back anyway. If you’re lucky enough to catch someone, they either just got in..or are just leaving and will call you back. Yeah! Don’t hold your breath. Siesta is from 2-5 and if/when they come back in the evening, rarely know anything about their own listings.

I swear, it’s like they don’t want to make money. Ask to see the flat, and they’ll call you back because they have to talk to the owner since they have no keys. Call you back later means anywhere from 24 hours to never!. They don’t respond to emails either. If you call them, they’ll even mention that they saw the email. The worst part is that their fee is one month’s rent from both the landlord and the lessor!!!!!

For that much money, I would be jumping through hoops, but they are so lackadaisical. Each office seems to also share just one cell phone between the workers so you’re constantly speaking to someone different who has no clue about what you just said like 10 minutes before. This brings me to the number one kicker!

No Centralized Listings: another reason why flat hunting in Spain sucks

In the U.S, there is the MLS (Multiple Listing Service), the bible of real estate agents. They are capable of centralized showings. This means even if the listing is not with their agency, they are still able to show you the place. If you rent it, each side splits the profit equally. Not so here. If you contact an agent, you can only be shown the listings that belong to his/her company, which severely limits your choices as most have just a few.

This means you are forced to deal with several agents and hope someone brings you something desirable in your time frame. What this also means for the landlord is that in order to rent their place quickly, they will list it with a bunch of different agencies. Of course, they can’t give keys to all these companies, understandably. Sometimes, the company no longer has the listing and will tell you it’s rented when it’s not. It’s insane how such a big country hasn’t been able to get it together. In my real estate loving dreams, I picture a Spanish MLS. 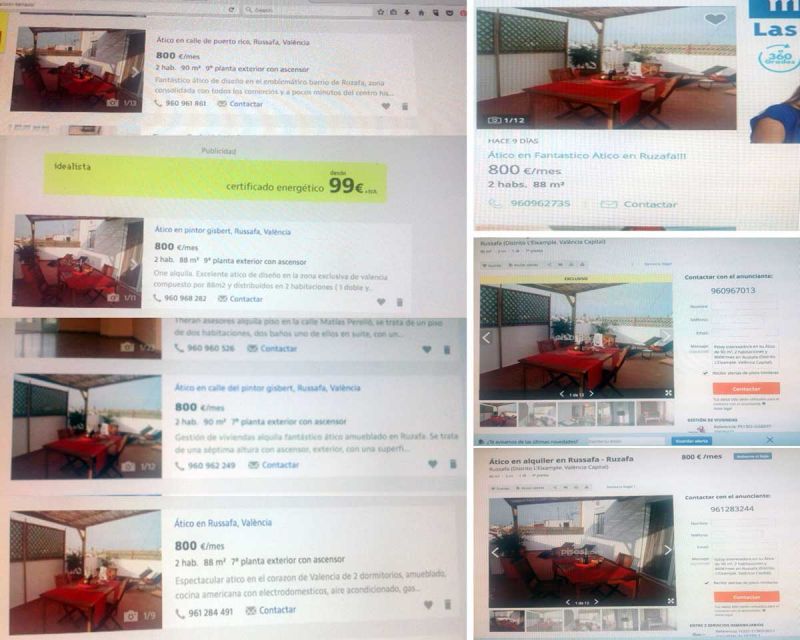 7 agencies listing the same property!! Who knows how many more websites there are out there?

Dogs and Cats are considered Godzillas and Mothras:

I guess they picture this in their minds:

When this is closer to the truth :-) 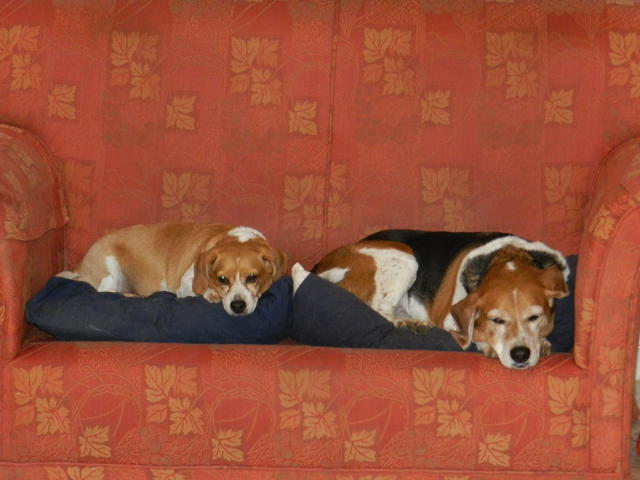 They’re too lazy to even bother scratching the furniture :-).

The stupidest reason why flat hunting in Spain sucks! Pets!

You would think cats and dogs were 10 foot monsters with size 48 feet who crush everything in their sight. Our dogs are so well behaved and rarely bark. Let’s talk about kids screaming, yelling, crying, writing on walls and yes..destroying everything in their paths. That is apparently okay.

One silly man wanted a year’s rent upfront (which we didn’t even mind paying), 2 months deposit, another 3 months put aside with the agent AND one more year worth of rent blocked by our bank (Avalo Bankario). In order to enter this piece of s***t apartment, we were supposed to lay down an excess of €15,000 and have the bank block our money because our dogs might ruin the furniture.

After laughing and telling him to keep his precious flat, we kept thinking.. “if only these landlords had an idea of where we lived” :-) ;-). I kind of understand now why a lot of expats buy. Maybe it’s to avoid the headache, but I’m sure that comes with its own set of problems. There are other reasons why flat hunting in Spain sucks, but these are my top three! 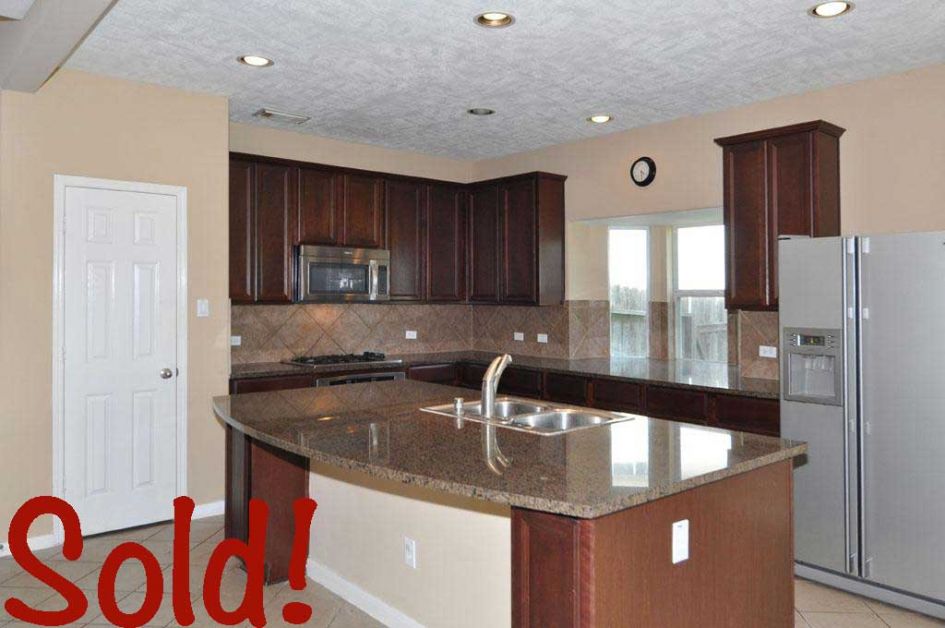 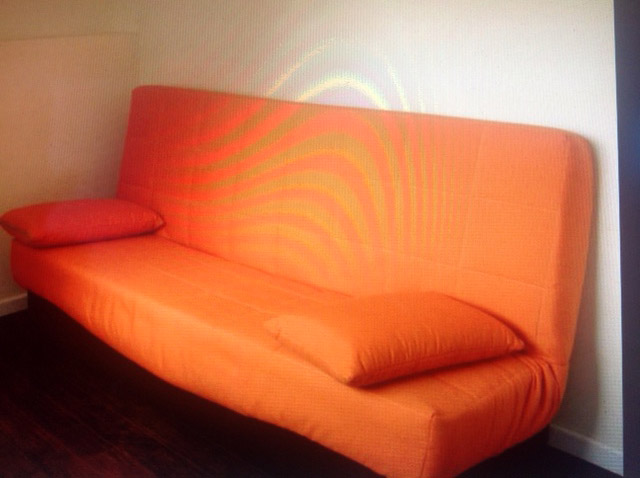 This orange monstrosity and the sofa below in his mind justifies an €13,500 deposit :-). 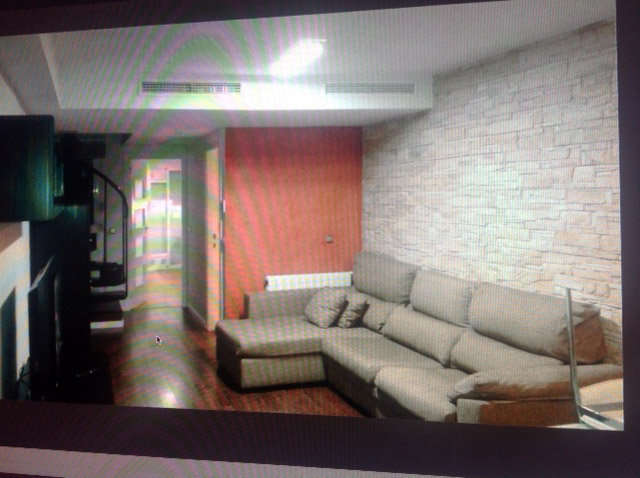 The funny part is that we had the same couch in Houston and donated it through the church to a woman who lost her house in a fire when we left :-).

Suggestions for Flat Hunters in Spain:

House hunting in Spain wrap up:

A lesson in frustration. There are no ifs or buts, I will say it again. Spain sucks when it comes to flat hunting. The process is a bit better for buying real estate, at least they are more responsive since the payoff is bigger.

We have since gotten out of the rental market in Spain and have now purchased our very own flat in Valencia. You can read up on the tips to buy on that post. You can also see our remodel job here and the end result on this post. I can’t tell you how good it feels not to have to worry about finding a place that will accept our dogs anymore. 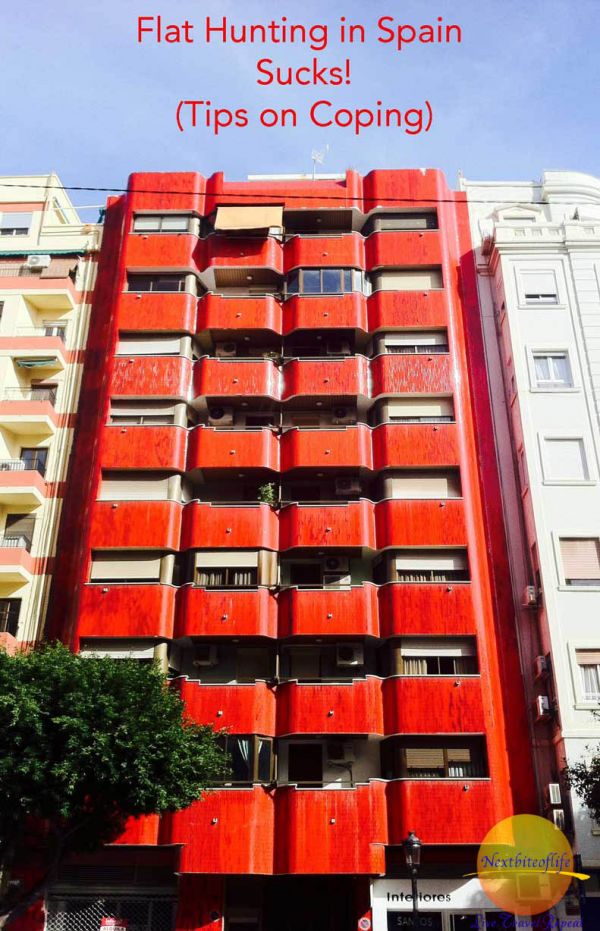 How is apartment hunting done where you are? Is it a frustrating experience like this? Do you have any tips for us?