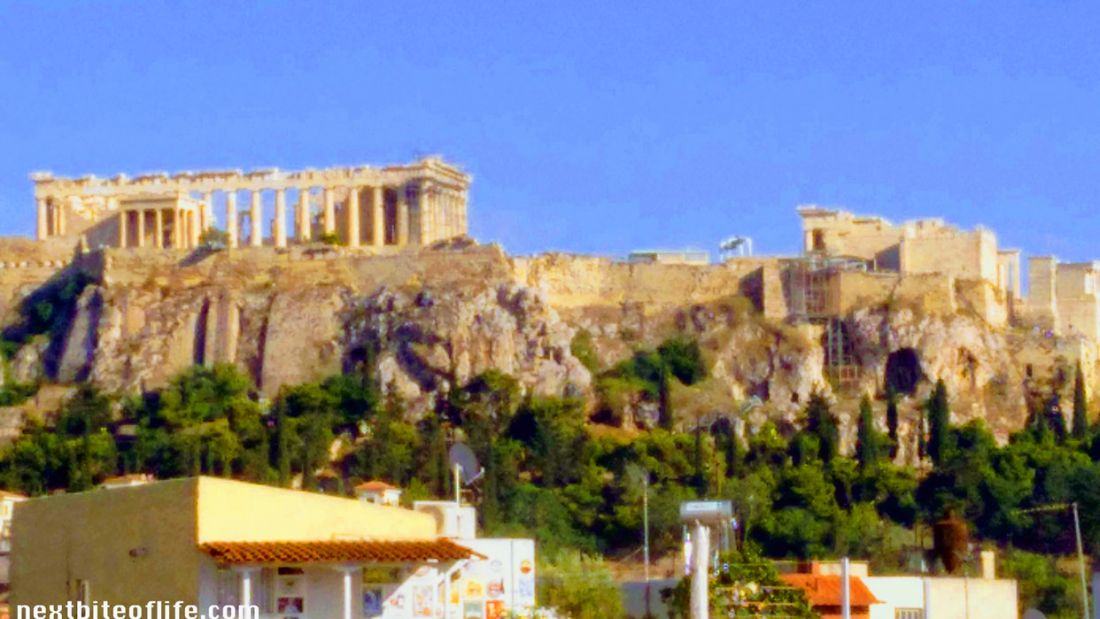 Yassas (Hello) with a Greece post card to everyone from the jam-packed city of Athens!. I have to admit an affinity for this beautiful city. It reminds me of Nigeria with the energy, the never ending hustle that is evident and the exotic music that blares from radios in public spaces. Athens looks and feels a lot “more” than when l visited last, which was almost twenty years ago if you recall from my flashback post. After this trip, we are sitting out the summer and beyond at home in Valencia. For now though, we are off and away.

We made the decision to get our travels out of the way before the real crazy days of summer holiday travels start after school lets out. In no way did we want to repeat our travel fail. We also wanted to take advantage of the fact that we had great sitters looking after our dogs. They are from New Orleans and sat for us for 3 months last year. They love Valencia and wanted to come back, so it was a win-win for us.

We picked Greece because Alitalia had a good deal and we had both been before (separately) and liked it. We had an 18 hour layover in Valencia after our Prague trip which gave us a chance to be with the dogs (the bigger beagle has now become spoiled by them and will only eat when hand fed. (Boy, is he going to be in for a rude surprise after they leave! ). There are obvious changes in Athens, thanks to the economic crisis and the recovery efforts. It’s a bid sad to see. Our Valencia to Greece trip wasn’t too long as there was no layover.

We’ve been here for a week and the first thing you notice is the vast number of homeless people. Our flight arrived at 1AM and it was a nightmare finding our AirBnB lodging, thanks to the English and Greek names of the streets. I also think the cabbie enjoyed taking us for a “ride”.

We had to pick the keys up at a nightclub (which he found easily), the flat was 400 meters from the club, yet it took him 20 minutes to find it :-), and lord forbid he listen to us till l finally said to go back to the club and we would call another taxi. I would have walked it, but was afraid, there were a lot of people sleeping in doorways and l was truly afraid of getting mugged. The streets looked scary!

The view from the flat (top image) made it all better. The Acropolis lay in front of us in all its glory, especially when it’s lit up at night and made Federico wish he had his right lens. Everything was even better in the morning when you realize that the streets are not as scary as you think. The homeless had moved on for the day, the shops and cafes were open for business. One thing that bothers me is the amount of graffiti that is everywhere.

I thought Spain was bad, but yikes..this takes the cake. For the most part, it’s not “street art”, it’s straight up crap graffiti, and it makes the streets mean looking. If you follow us on Facebook, you know l described it as straight out of “Death Wish”. That is something you need to prepare for if you visit Athens as it can be jarring if you’re not used to it.

Even the fancy hotels look great inside, but outside?…well, that’s another story :-). Don’t worry though, it’s all for show, window dressing..like a toothless shark. The police presence is really, really  high, but l love how they just blend in, like part of the scenery. I’m amazed at how they’re able to pull it off. It reassures you rather than alarm you.  Since this is simply a postcard from lively Greece, I will touch upon that more in a future post.

For now, we have been eating lots of Greek food, including an amazing foodie tour that l will tell you about later, sleeping, walking, drinking all sorts of coffee and just enjoying the city. We are headed to Crete for a few days, then back to Athens to catch our flight back home. After that, we’re done for a while and will write about the past travels. Well, that’s the plan for now. Who knows what might pop up? 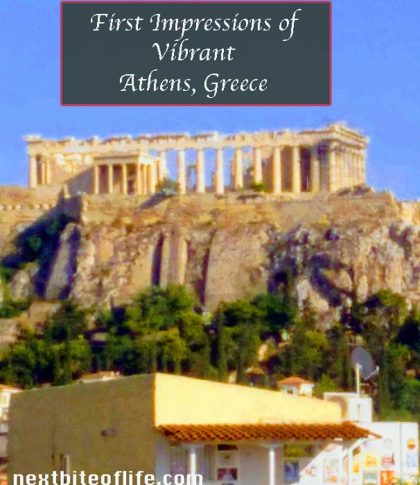 What are your summer travel plans? Are you braving the crowds or will you sit it out?