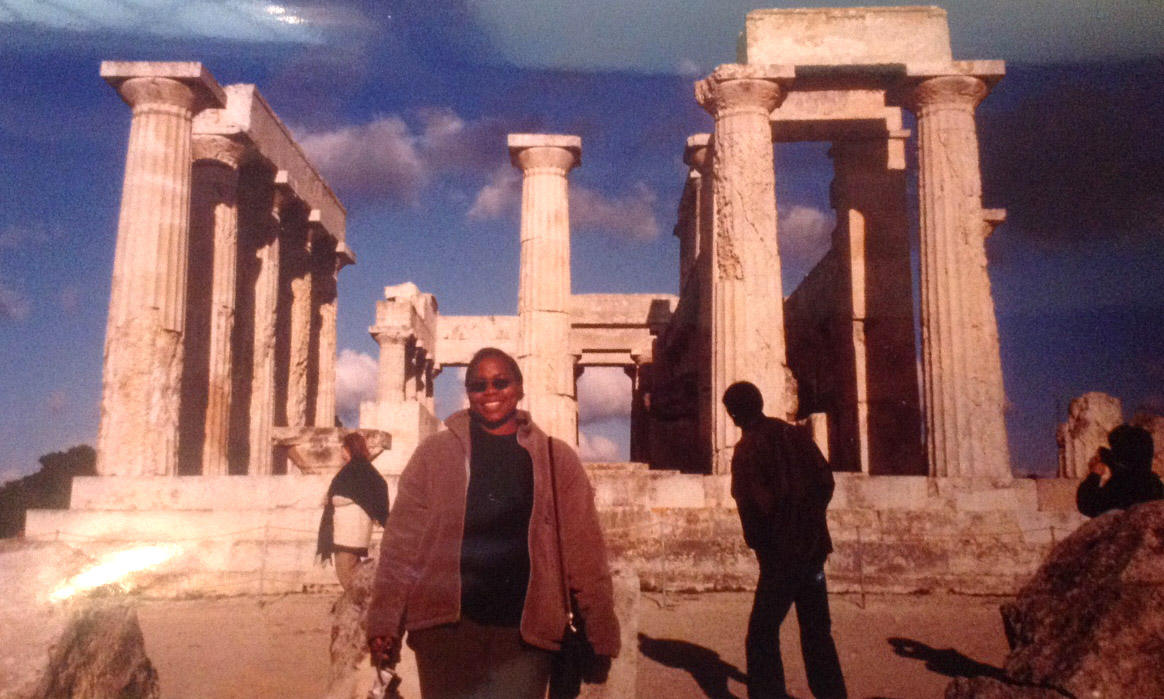 My Athens trip was one of those things that just happen randomly. I had no intention of going there when l left Los Angeles for a vacation. London was actually my destination. As usual, l had my two week vacation and was perfectly happy to spend the whole time in the beloved city. Judging from the photos, l peg this as around 1997.

I am able to deduce this, thanks to the mini video camera l was holding. It was my latest electronic crap that l used maybe 4 times and promptly forgot about 🙁 . It cost me over 2 grand and they released a new version like 4 weeks later. What a wasteful idiot l was in those days. I won’t even tell you what l ended up doing… too shameful!

The Athens trip happened about 5 days into my London trip. I remember my friend M. and l walking down Clapham Junction area and seeing one of those holiday offers at a travel agent window. The price was really manageable and we impulsively went in and booked the holiday for 2 days later, and off we went.

Memories of the Athens trip include:

Our trip to Athens was five days long. We really enjoyed ourselves. It gave me an overview of the city. I wouldn’t mind going back for another visit. I know they have a huge ongoing crisis and every tourist dollar helps. We don’t have it as a destination in the foreseeable future as there are so many other places we would like to see for the first time. Federico has also been there with his friends, so it is somewhere pretty low on the list. Santorini calls our name though, so you just never know. Neither one of us has been there 🙂 . There you have it, my Athens trip flashback. Boy! What l wouldn’t give to find more pictures of my past trips.

Have you been to Athens or anywhere in Greece? If so..did you have a good time? Would you recommend it as a must visit?