Mouth Of The Truth In Rome – Truth Or Dare! 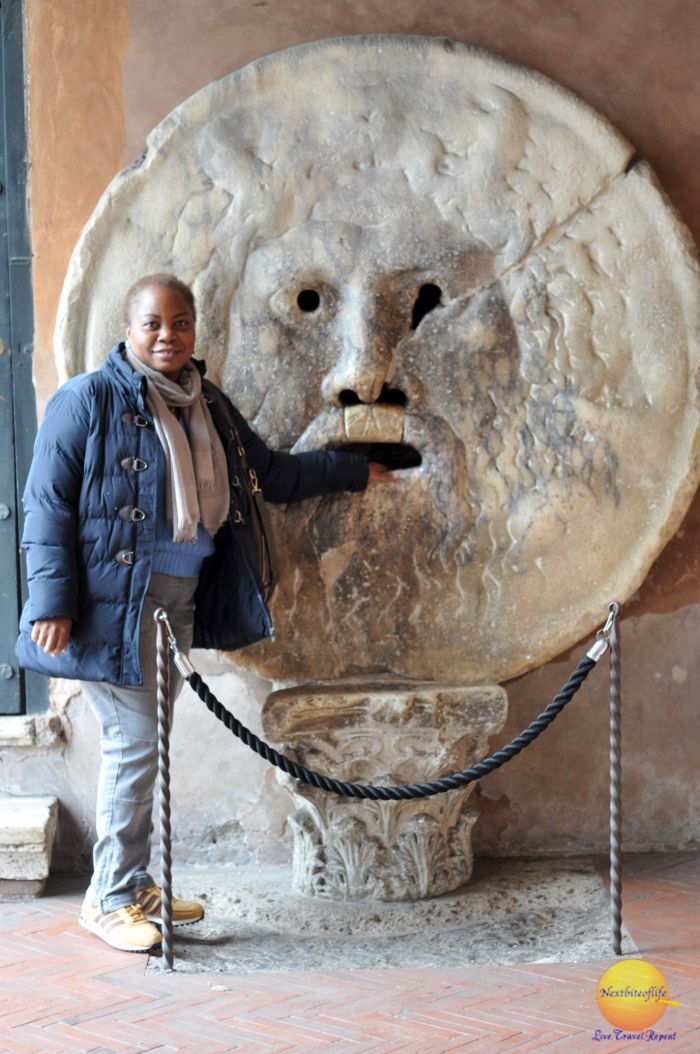 My hand was not chopped off. The lion mouth is open!

This is one of the most touristy things one can do, but you know what they say, “when in Rome..”. The mouth of the truth (La Bocca della Verita) is located in the portico of the Santa Maria Church, Cosmedin, in the Lazio region.

Rome is my husband’s birth place and he is still the biggest Lazio football club supporter (Forza Lazio!). Sorry, had to put the plug in there because l have become a fan as well. Inevitable when l get to hear about them a lot..a whole lot!

The legend of the mouth of the truth is that any liar who puts their hand in, gets it chopped off! Lost to the mouth. It’s an old Roman legend about some rich guy who took his wife there because she had been unfaithful. The woman knew she was screwed, but her lover kissed her in front of everyone there.

She then put her hand in and said that the only two men she had ever kissed were her husband, and this “mad” man who everyone chased away as she made a fuss.

Her honour was saved, as was her hand, but from that time on, the power of the mouth of the truth was gone. Others say that it is a sewer covering. I don’t believe that. I’ve seen the sewers, and the covers do not look like that! I might believe an old drinking water spigot though. That to me is likelier. Did l just start a new legend?

Most people probably know about the mouth of the truth from the movie Roman Holiday with Audrey Hepburn and Gregory peck. I am including a little snippet of the movie. It is a favorite of mine, and shows a few highlights from this beautiful, now chaotic city.

The Santa Maria church itself is quite small when compared to others, but it is still nice inside. It is thought to contain the tomb of Saint Valentine, but that might be another legend. You should know that there is always a line to get your picture taken at the mouth of the truth, and they request one picture per person only, so as to keep the line moving.

It is free though to experience putting your hand in the mouth of truth, it’s something one does just to say you have. The bus stop is right out front, and the tour buses are aplenty. Cheesy? yes, touristy? yes again. So what?. One doesn’t get to Rome too often. 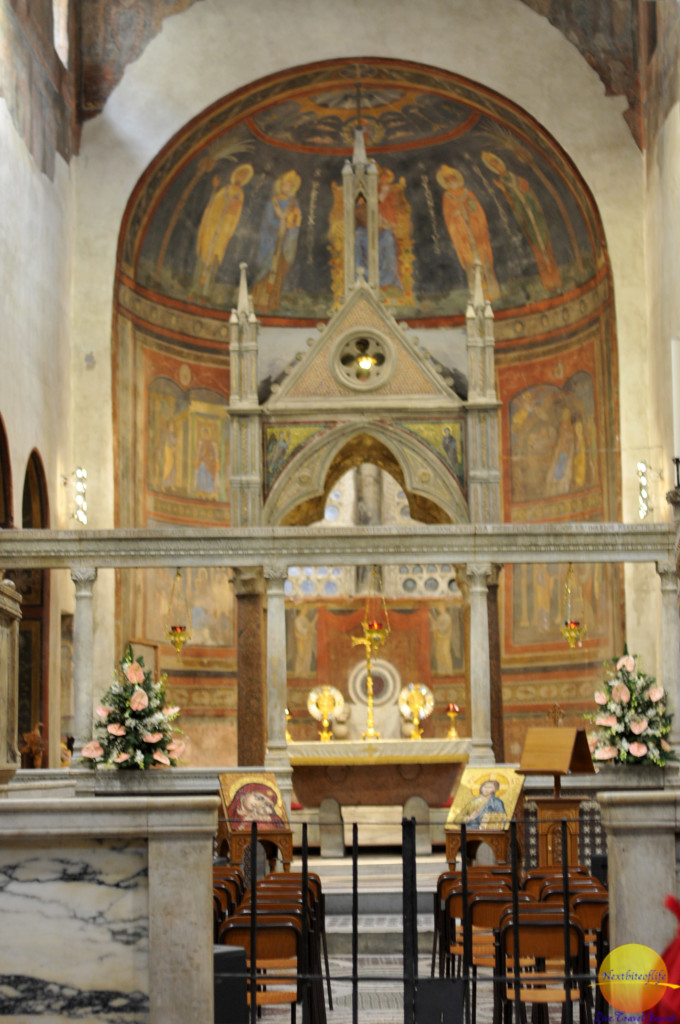 Inside the Santa Maria Church 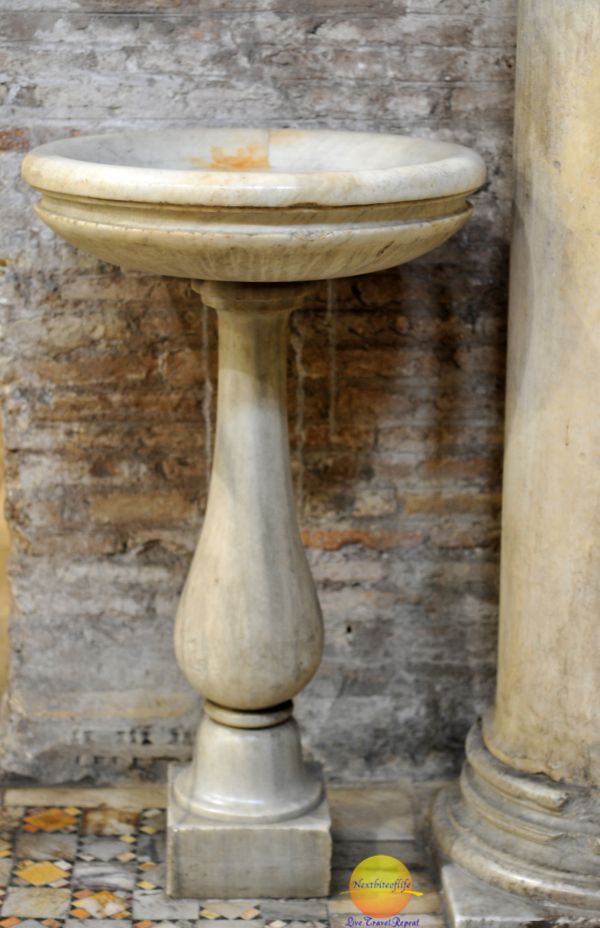 Holy water pedestal inside the Santa Maria church. I needed it.

Across the street from the mouth of truth and church, there is the Vesta Temple, house of the Vestal virgins, the keepers of the eternal flame. Some say it was the temple of Hercules, so who knows? What is certain is that, this is one of the ancient symbols of power, be it from the vestal virgins or from Hercules.

This whole section of ancient downtown Rome is chock full of history, from the Roman Senate to the Bocca della Verita to the arches of Septimius and Titus. Definitely a nice area to walk through, get a bite and revel in the ancient history.

In my opinion, this, along with the mouth of the truth is worth of a visit. This was my second visit there. If you recall, a lot of my old pictures were lost when our computer crashed, so part of our trip to Rome this past Christmas was to play tourist and take photos again. 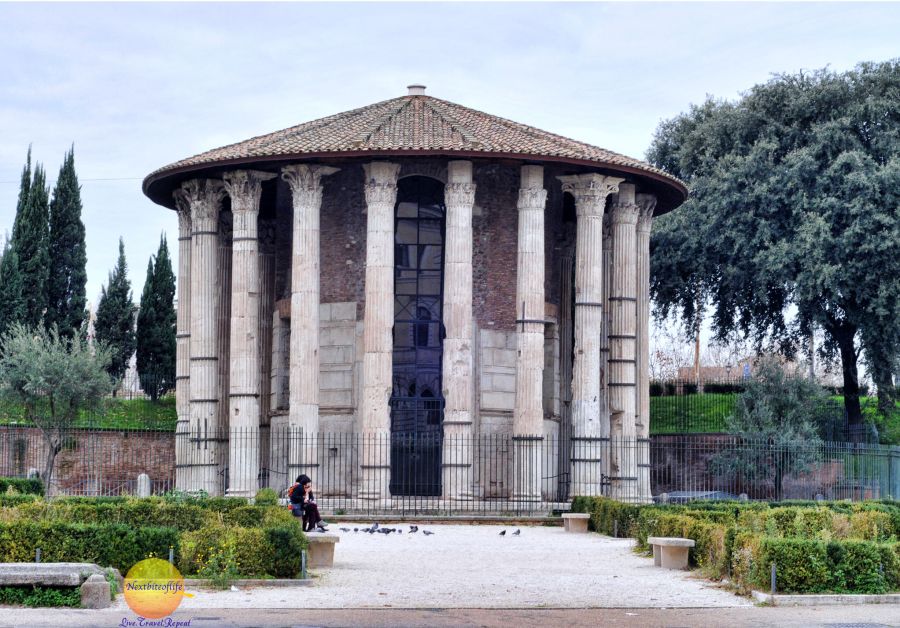 Our recommended hotel in Rome is the A.Roma Lifestyle hotel. Awesome amenities and away from the crowds. 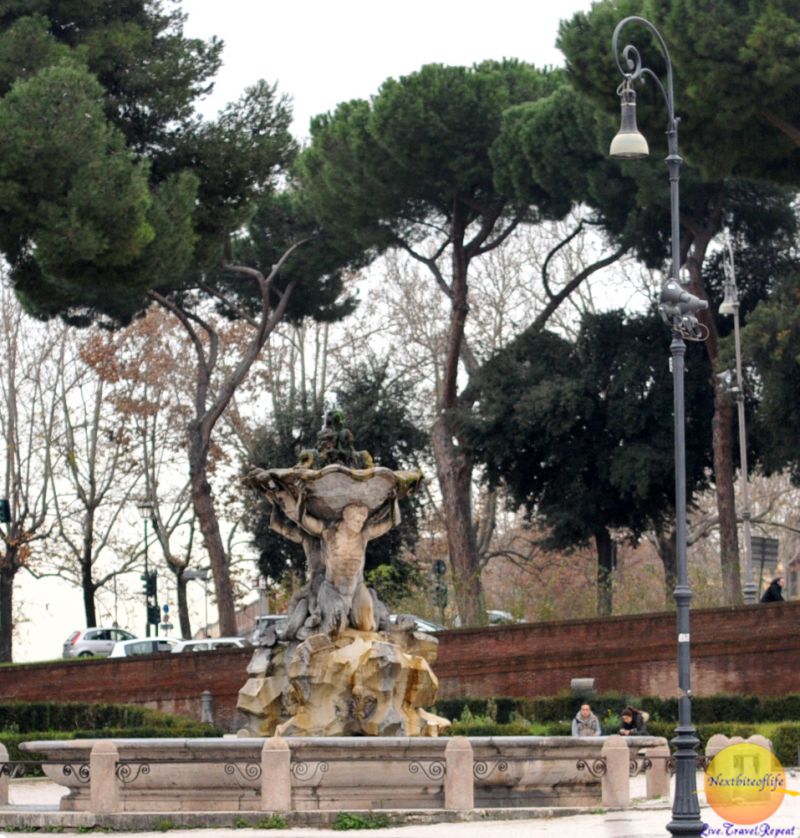 Fountain at the Piazza 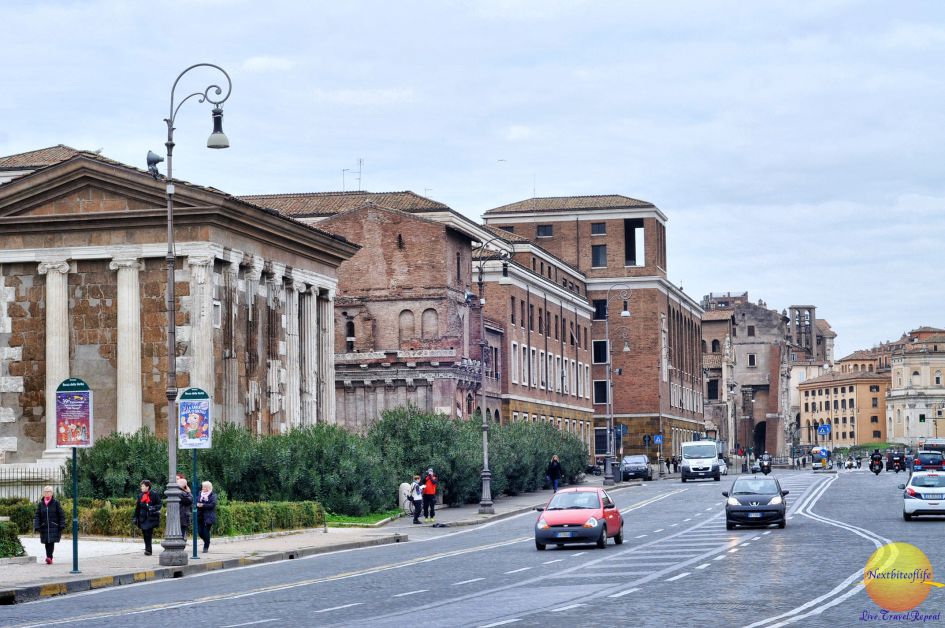 Via Petrocelli Street view from the mouth of the truth 3rd building from the left is the “Anagrafe” office where all birth records are kept.

Since visiting the mouth of truth is one of the free things to do in Rome, you should definitely join the crowd, and just do it! This, along with many of the free Rome attractions, like the piazza Navona, should make for a lovely visit.

Mouth of the truth location: 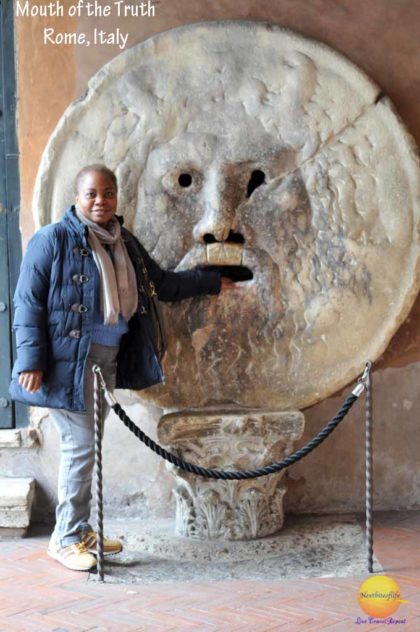 Have you been to the mouth of the truth? Is this too cheesy for you? or are you like me who poses with gusto?