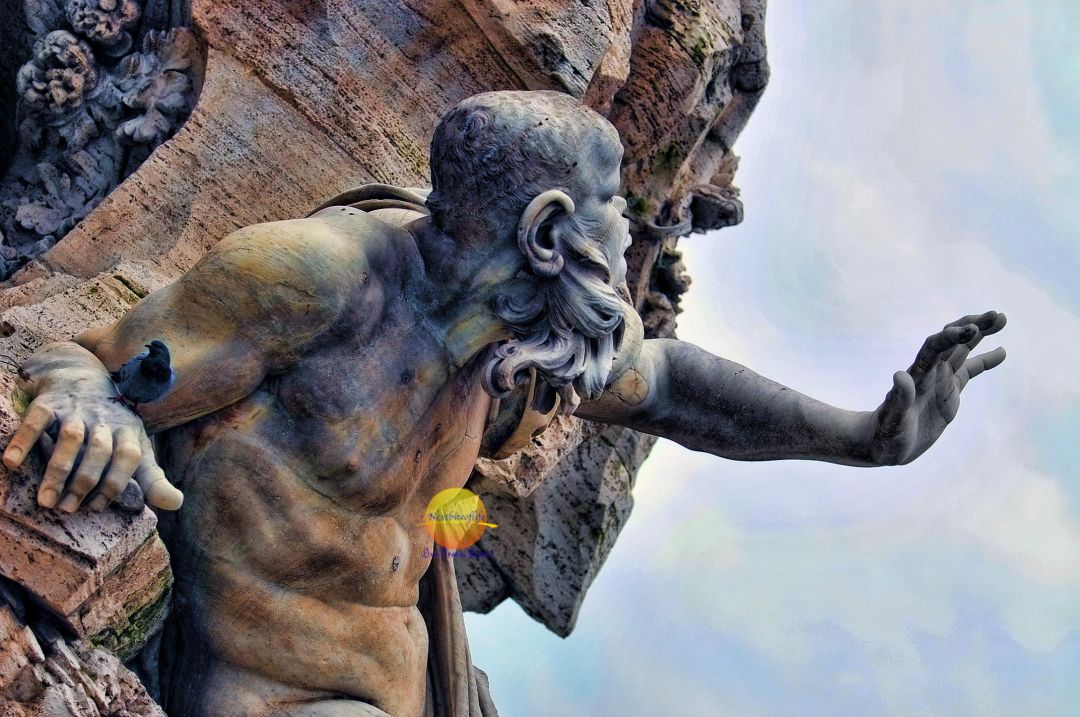 Bernini statue – Four Rivers Fountain at Piazza Navona. This guy represents America, the other 3 represent Asia, Europe, and Africa. Legend has it this guy is shielding himself from the horror of the Church of Sant Agnese across the way, as if it could crumble on him, but it’s just legend. :-)
Oct 19, 2019 @

“Piazza Navona – meet us by the statue “. We both live in Spain, yet meet for the first time in Rome. This is the strange way that life works. I “met” Jed from bucking the trend blog over a year ago.

His blog was slowly morphing from a financial to travel blog. He was kind enough to feature me on his abc’s of travel. He and his family were moving from the U.S to Granada, Spain for a year or so, and of course l was excited for him. 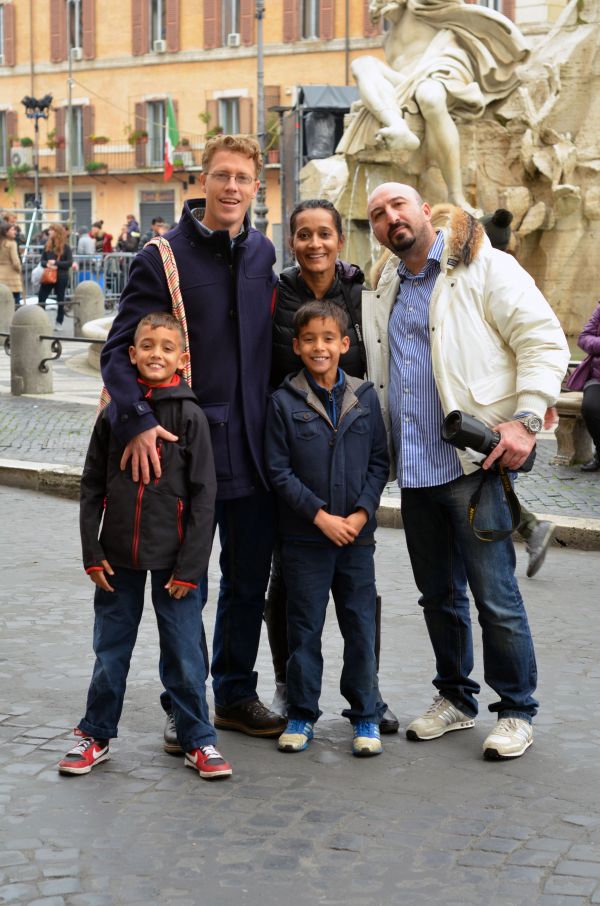 Jed, his family and the hubby

We recently spent 10 days in Rome with my husband’s family. I happened to post about the wonderful pizza we had at this neighborhood restaurant, unusual for me as l usually write things done after we return from trips. As luck would have it, him and his family were in Rome for a few days as well. We were able to meet up one afternoon, had lunch and strolled around Piazza Navona and the Pantheon areas.

It is always great when your online friends become real life ones, two worlds collide and it has always worked out for me in the past. This time was no different. Jed, his beautiful wife and their precious nine year old twins met us at Piazza Navona. I actually recognized one of the boys first, and then Jed popped up. They were so easygoing and friendly. We got along quite well, at least l think so :-) . Same thing happened when we met Victoria and her lovely family in Berlin, and we hung out several times. 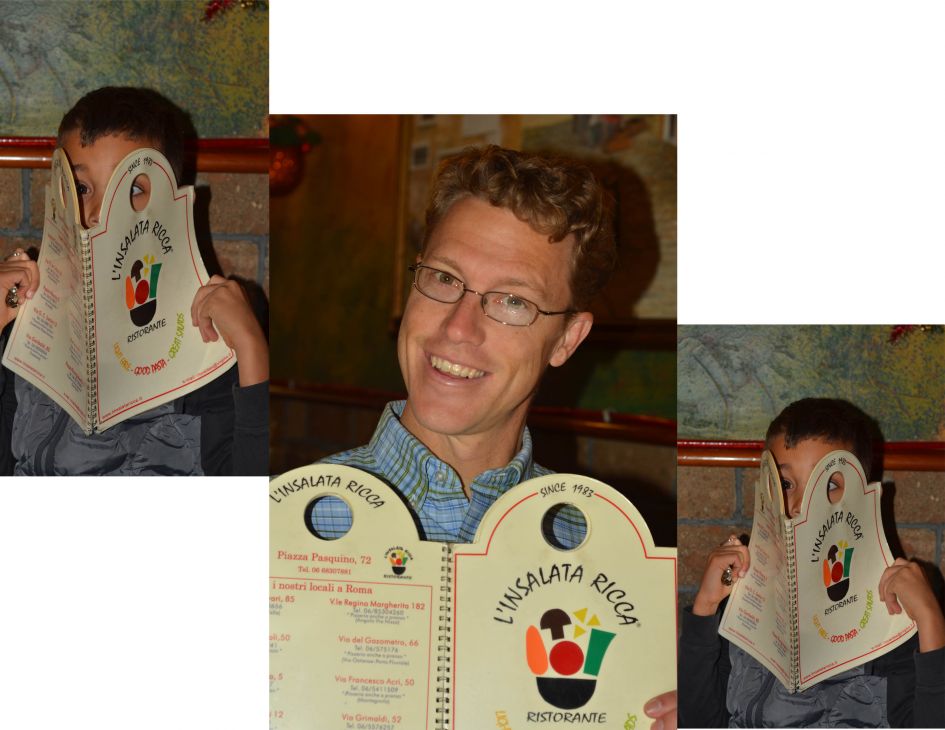 Jed and his boys 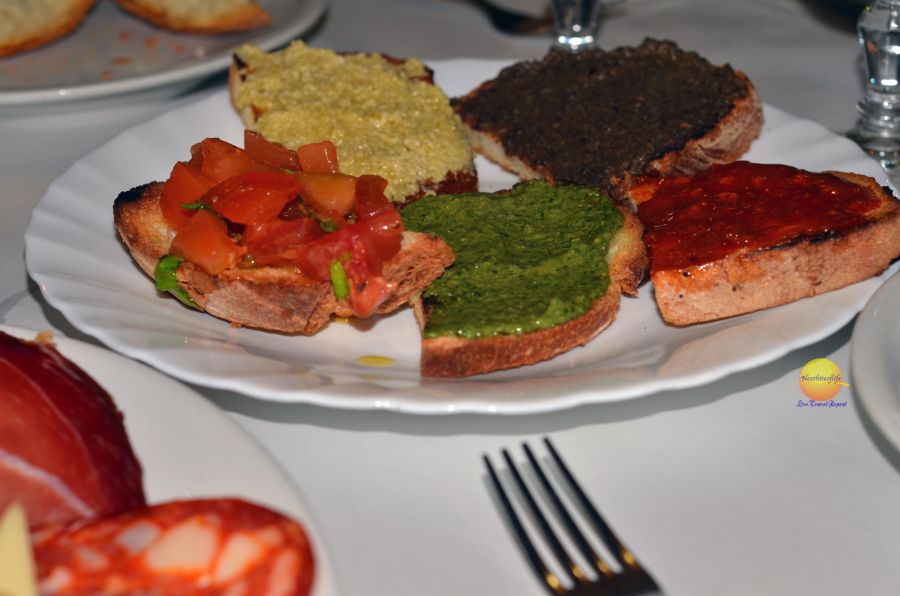 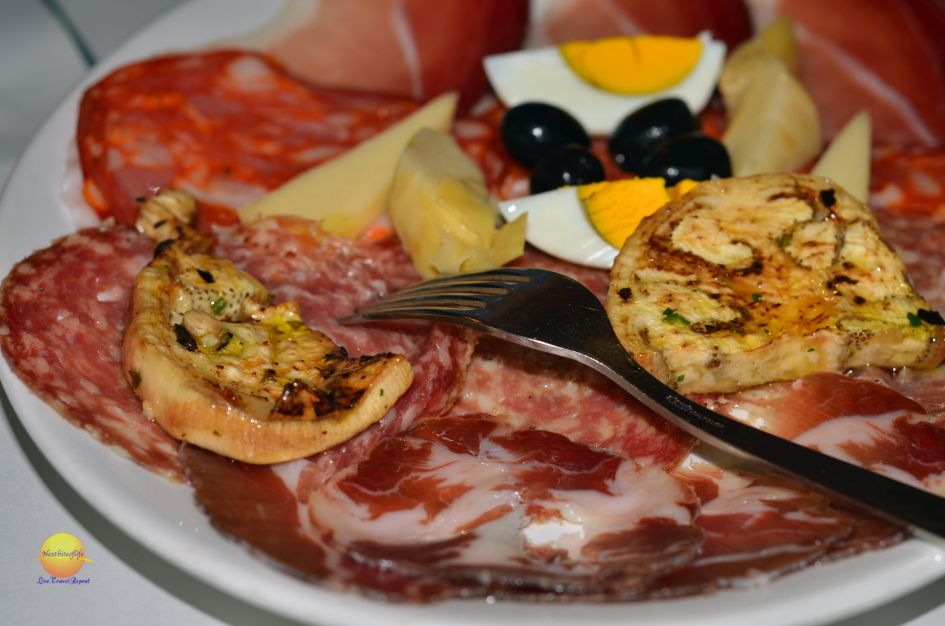 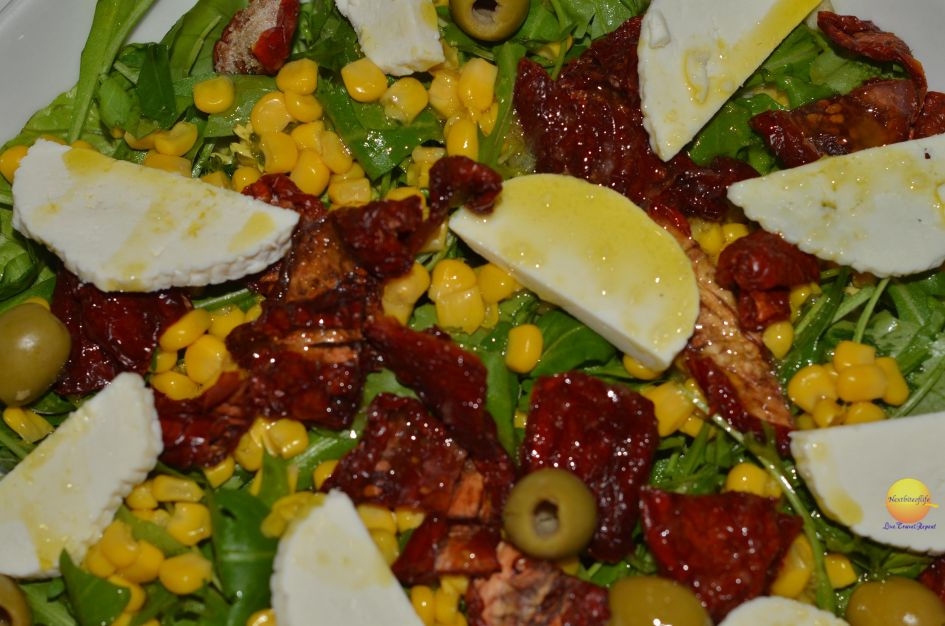 Sicilian salad – they were HUGE! 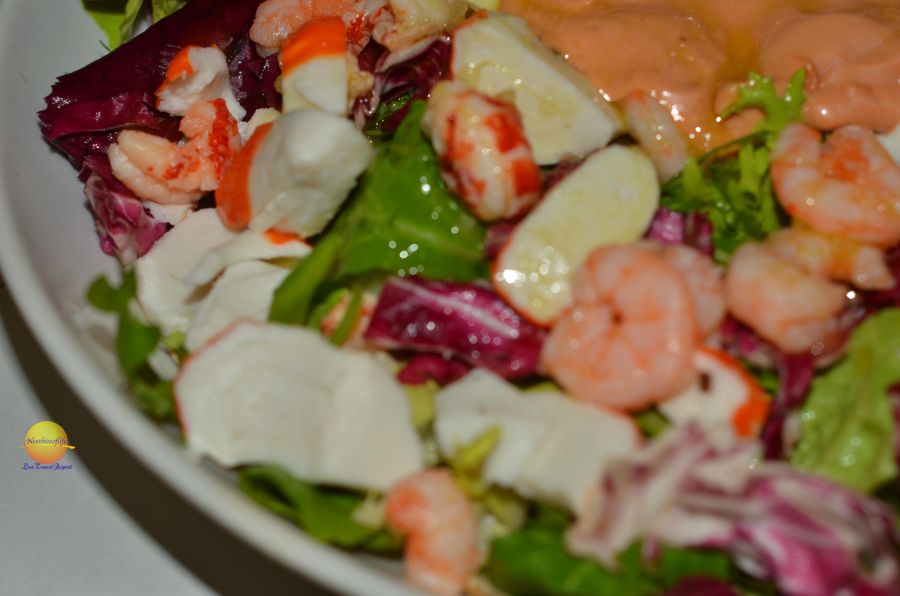 You know l had to go for the seafood salad :-) . Awesome

We had lunch at this place near the Piazza Navona called Insalata Ricca, an amazing little eatery that my husband has eaten at for years. His parents used to be in the fresh pasta making business, and they supplied this restaurant, one of their 12 locations in and around Rome (they were up to 8 by the time my husband had moved from Rome). The restaurant is famous for their salads.

We were not disappointed, they were so, so good, gigantic too. I highly recommend eating here if you happen to be near Piazza Navona. It is just a 2-3 minute walk, right by the Brazilian Embassy. The appetizers, food, and wine were all terrific. Despite the fact that it’s in a touristy area, the prices are reasonable for what you get. Most dishes are about €7-10. 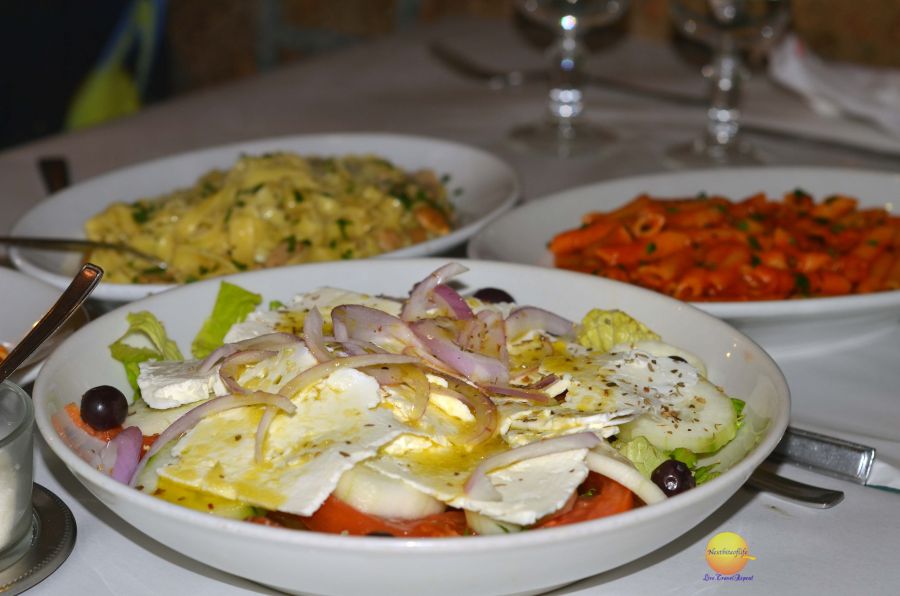 The twins had pasta, Greek salad in front

We worked off lunch by strolling down to the Pantheon from Piazza Navona. The adults, minus me, had espresso at one of the most famous bars in Rome called Sant Eustachio. It’s a tiny little place, but super busy. Henry Kissinger’s first stop whenever he came to Rome. Him, along with many other celebrities. Their pictures can be found on the wall. It is full of locals as well, not just tourists! I stayed outside with the boys and played guessing games, you know..it’s a state, starts with C, ends in -nia, lots of fun actually, and l got stumped once :-) 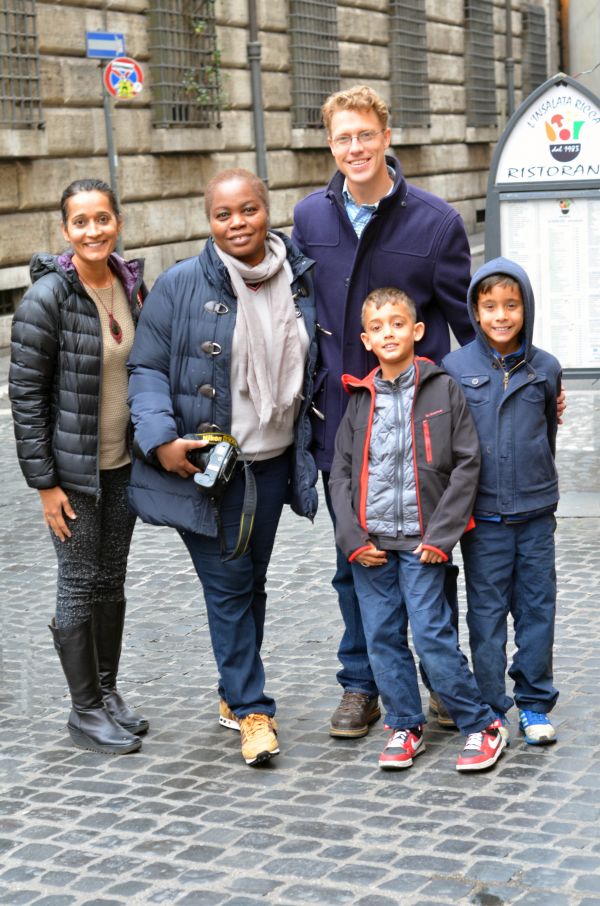 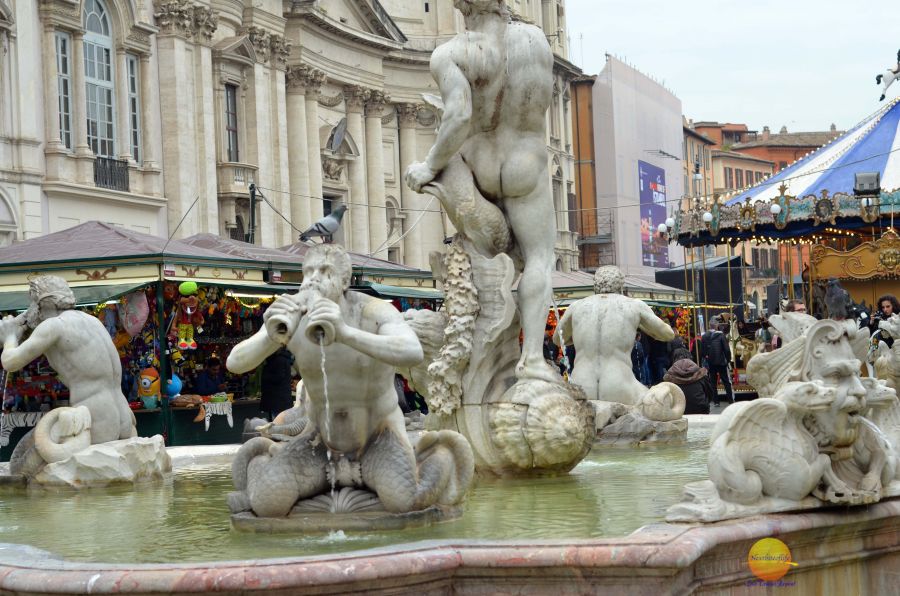 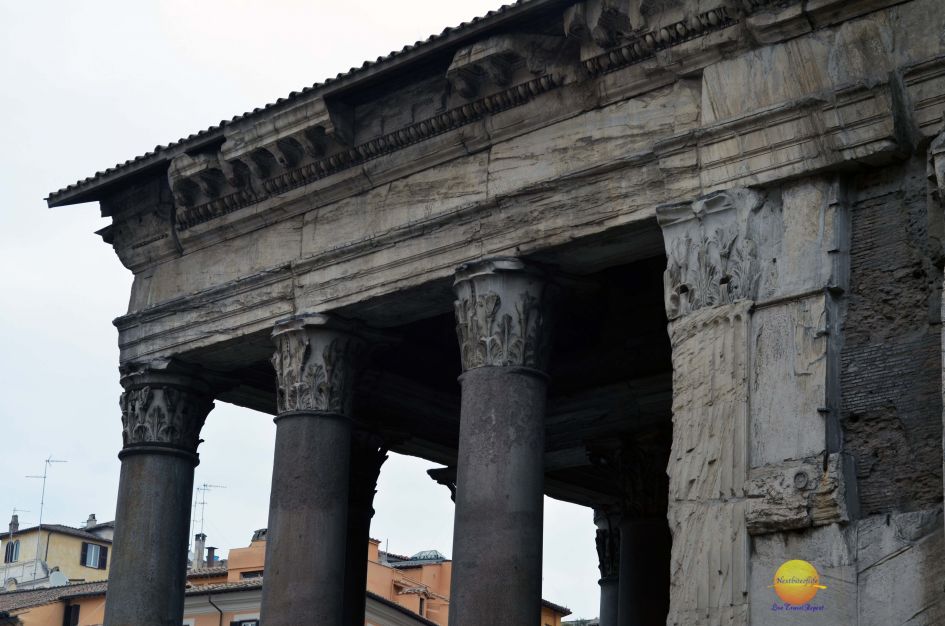 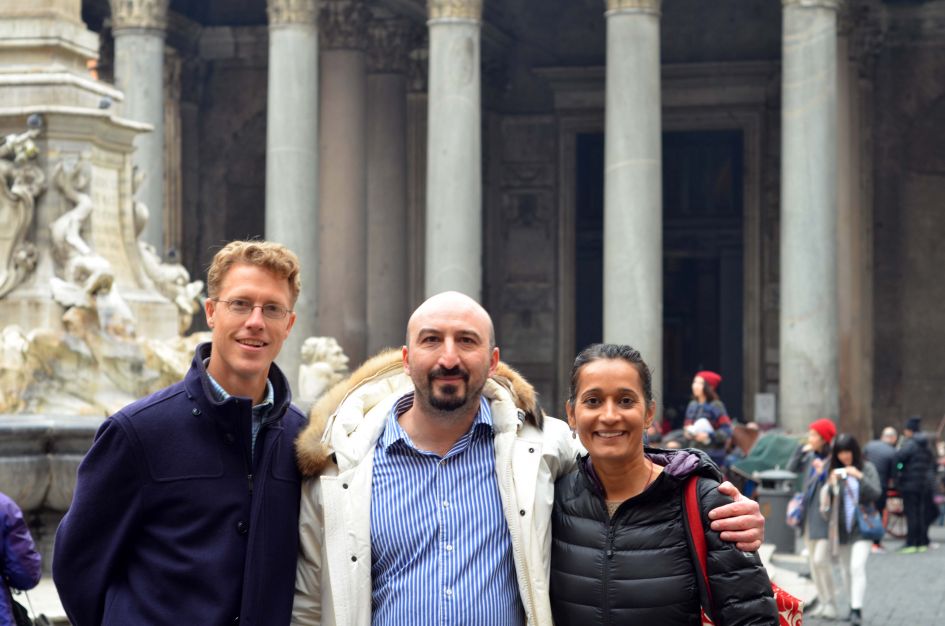 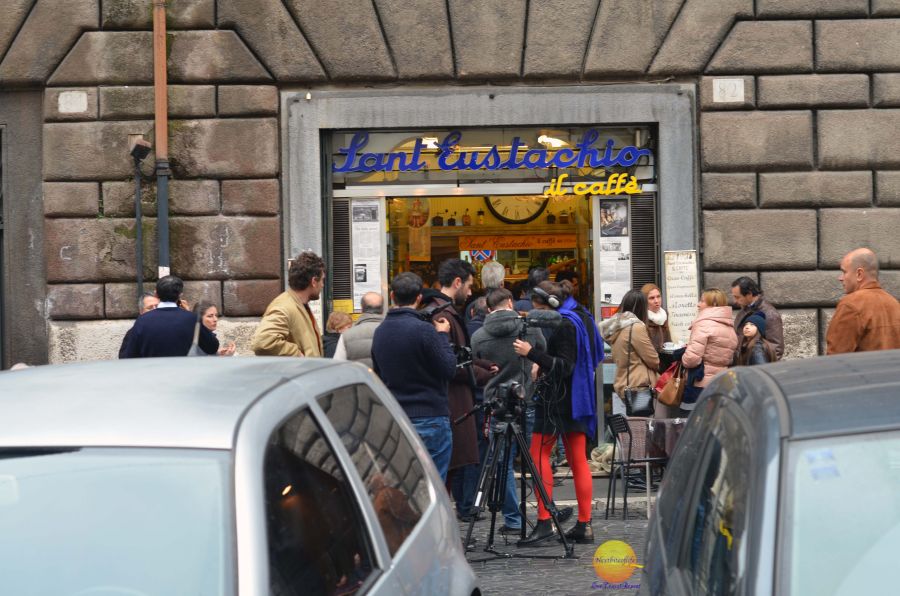 Try it if you get a chance. They came to film just we were getting gelato across the street!

Have you ever been to Rome? Is this one of the highlights of the city that you visited? Would you wait in the usual long lines to try the espresso here?