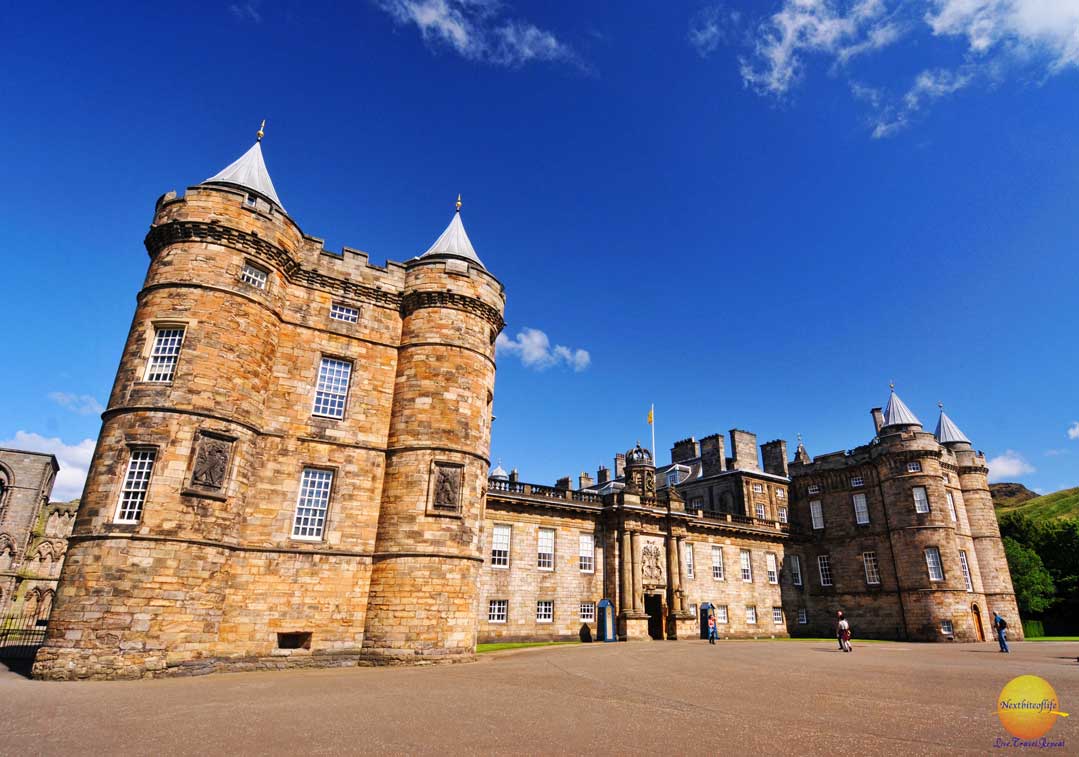 A visit to Holyrood Palace in Edinburgh was a given on our recent trip to Scotland. After years of hearing just how eclectic and cool Edinburgh is, I must admit l was a little bit afraid l wouldn’t like it given all the hype. Needless to say I was stunned by how much l enjoyed the city.

Among the top fun things to do in Edinburgh is a visit to the official residence of the Queen when she is in Scotland. As expected, it is a ginormous space and l definitely recommend a trip to Holyrood Palace to not only discover royal history, but to check out the royal jewels.

The Palace of Holyroodhouse (official name) has been home to the Kings and Queens of Scots since the 16th century, including Mary, Queen of Scots (someone you might have heard of 🙂 ). Queen Elizabeth II spends one week each year during the summer at Holyrood Palace and holds official and state functions there. If you intend on visiting Holyrood, I would advise you to get there early as there are long lines to buy tickets. In fact we tried to get in late afternoon and were turned off by that, so we returned early the next morning and it was way better.

Getting to Holyrood Palace was easy for us as we had purchased our hop on hop off tickets via GetYourGuide, (our go to tour company) so as to get a good overview of the city and this was one of the stops on the bus route. We just hopped off at the Holyrood Palace stop which was at the bottom of the world famous Royal Mile. After purchasing our tickets, we were given our headsets. The Palace of Holyrood tour is self-guided which suits me just fine because you have the luxury of going at your own pace and can linger if you desire.

There is no photography allowed inside the Palace of Holyrood, but you can see some precious items here at the Royal Collection website.

Entry fee to the Palace of Holyrood:

Free for children under 5 years of age

Add an extra £5 to visit the Queen’s Gallery in addition to the Holyrood Tour.

One thing to remember is that the last admission into the Palace is about 90 minutes before closing time so plan accordingly.

Should you visit Hollyrood Palace?

Most definitely if you’re a fan of history and art. There are amazing works by artists such as Canaletto and Rembrandt in addition to the some spectacular jewels. I always love getting a glimpse of how the affluent and royal people lived and live. The whole tour of Hollyrood Palace will take you about two to three hours and it’s definitely a nice way to spend a vacation day in Edinburgh.

My favourite places inside the palace of Holyrood were Mary’s chambers and the ruins of the Abbey, which even though there is little left, lets you imagine how beautiful it must have been with all its grand Goth looks complete. As a fan of history, I consider this palace a must-visit in Edinburgh.

I didn’t love the fact that photography is not allowed inside of the palace 🙂 , but l enjoyed the tour thoroughly and the speaker’s accent on the audio tour was easy to understand (that had been a fear of mine 🙂 ). Holyrood Palace and Abbey should be included in your list of things to see and do in Edinburgh, in addition to the Edinburgh Castle tour, or better yet, Stirling Castle tour, our preferred castle of the two. 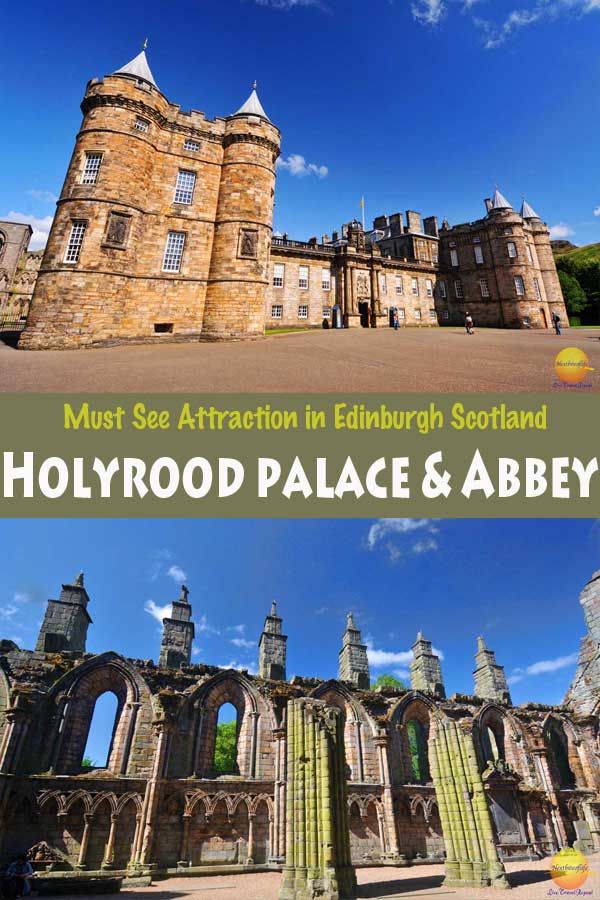 Have you been to Scotland, and if so, did you enjoy the visit? Would you consider visiting Holyrood House Edinburgh or are you one who wouldn’t consider visiting because you are forbidden from Instagram selfies on the inside?