The Pillars of the Earth – Fab Friday Find Book 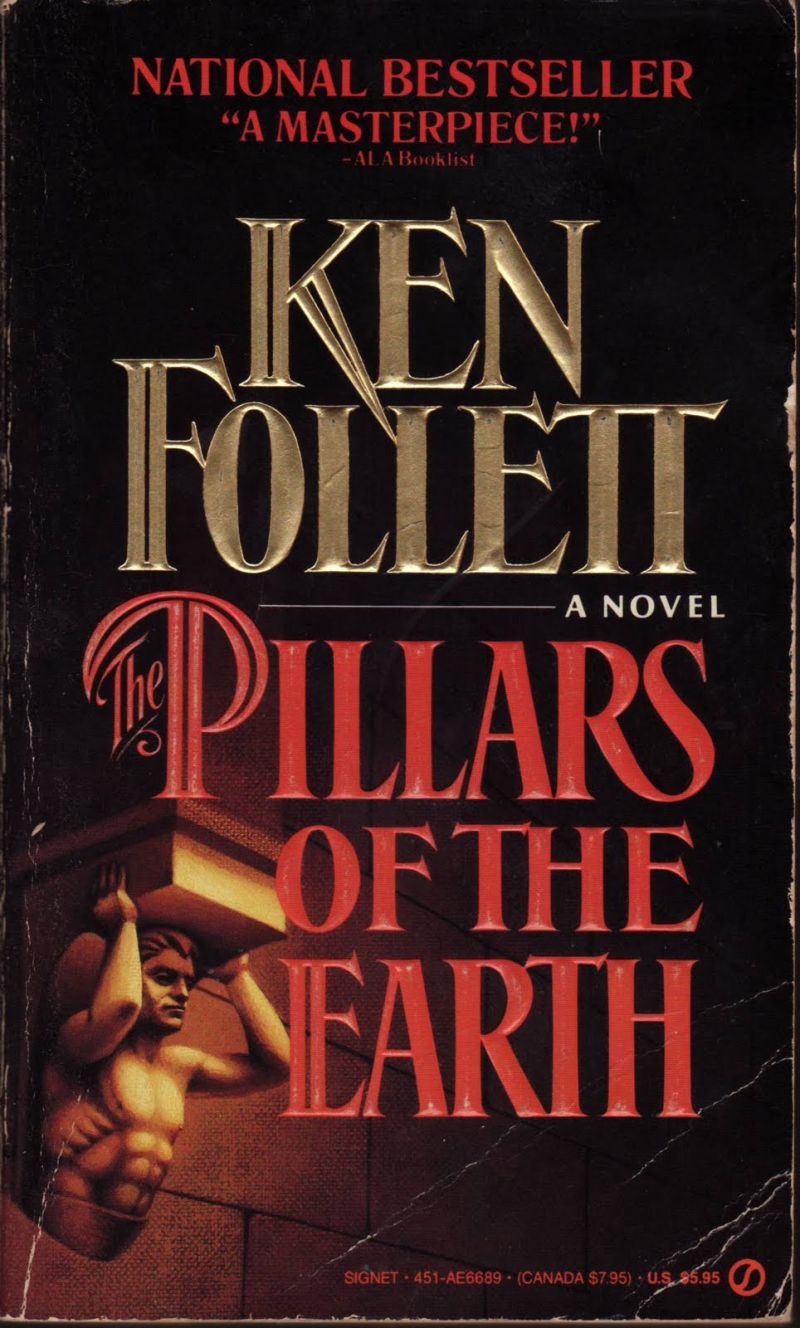 Apparently, l am the last person on earth to have heard of this novel! It is an epic! and written by the very famous author who l had never heard of. I tend to be a stick in the mud, and will re-read my favourite novels rather than take a risk with unfamiliar authors.

Pillars of the Earth author:

Ken Follett is the author of this masterpiece. He is a Welsh author who has sold over 150 million books, which makes him one of the most successful authors ever. The Pillars of the Earth was originally published in 1989, and clocks in at massive 900 plus pages.

Am l glad l read it? Heck yeah, and l will tell you why you should read it as well if you haven’t done so already. It has it all!!! Romance, suspense, revenge to name just a few. 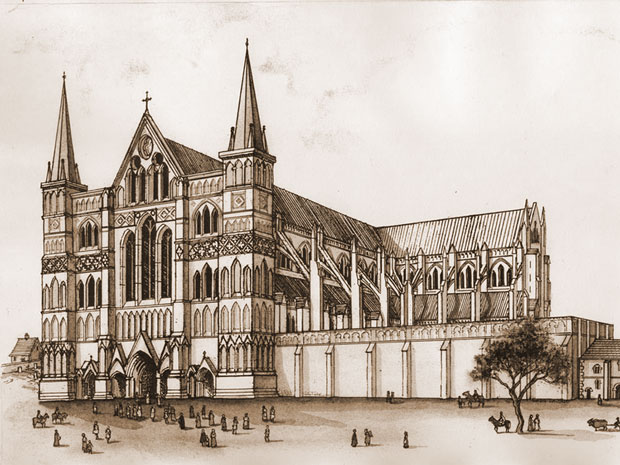 Ken Follett’s The Pillars of the Earth:

I did not find book this on my own. I must mention  Nadine at thesophicatedlife. She had actually mentioned the novel to me a few months ago after l had done a post about a cathedral. I told her l would check it out and promptly forgot about it :-). Recently, l did a post on the Notre-Dame basilica in Marseille, and once again she mentioned that l should read the book since l seemed to love cathedrals.

I decided to download the sample online. I was hooked, read that super quickly, and bought my copy. It took me roughly four days to consume this novel. I just couldn’t put it down. My eyes got so dry, and l used a ton of eye lubricant drops :-). It was awesome.

Pillars of the Earth summary:

The Pillars of the Earth is set in the fictitious town of Kingsbridge, England in the 12th century. It weaves an intriguing  story based on the real life sinking of the White Ship up to the assassination of St. Thomas, the then Archbishop of Canterbury. This was a period of anarchy, no law or order as a civil war raged on in the battle to become King or Queen of England. 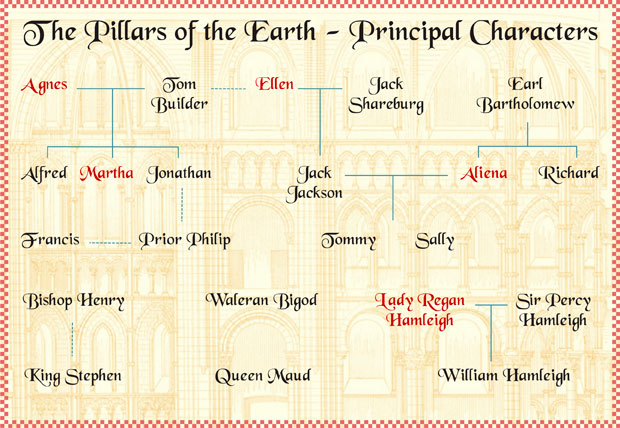 Pillars of the Earth characters

Since this is such a huge multi generational story, l will just give you the gist of it. The story centers around a simple mason by the name of Tom Builder who is obsessed with building a cathedral in his lifetime. He starts off by making a life long enemy by the name of William (whose marriage proposal has just been rejected by Aliena, and stops the future home he had been building for them) when he demands to be paid for work already done on the house.

William also seeks to destroy Aliena and her family for his family disgrace, and dedicates his life to ruining hers, as well as anyone else he feels does not fear him. He teams up with Archbishop Waleran, who despite being a man of the cloth is as evil as they come. Both men try to destroy Prior Phillip, the keeper of Kingsbridge every chance they get. Lying, and even murdering to achieve their goals.

Lives are interwoven, love is gained, and lost. Tom’s story is intertwined with Aliena’s and Phillip over 3 generations. I could not put the book down once l started reading. It was absolutely thrilling. I discovered that the book had been made into a mini series as well.

Here is the trailer for it. I have not seen it, even though it looks good. I don’t know if l will either. The book was so good, l am almost afraid the series won’t do it justice. It does star Rufus Sewell though, so l might have to check it out at some point. He is a favorite of mine.

Pillars of the Earth Trailer:

I definitely recommend checking out The Pillars of the Earth. It has something for everyone. Romance, suspense, evil, kindness, religion, desire, loss and more. He describes everything so vividly, it feels like you are right there with them. I loved not just the history part, but actually learning about cathedrals. What goes into the design, the rationale for them looking the way they do. It’s absolutely wonderful that these cathedrals and churches have withstood the test of time.

Most of the masons could barely read or write, yet they constructed these magnificent and stupendous tributes  to God. At the end of the novel, l was so happy that the cathedral had finally being built that l almost wept. After all, l had read what happened over the thirty plus years it took to build and all the obstacles that had been placed in their path.

Pillars of the Earth Board Games and more:

There are three The Pillars of the Earth board games in addition to the pillars of the earth mini-series. There is also a video game in development that is scheduled for release in 2017. I just might play that one :-). A sequel to the book is called World without end. I am going to take a breather before l read that one. I hope it’s as good as The Pillars of the Earth. Apparently, this book was also on Oprah’s book club show.

Pillars of the Earth Series: Other Ken Follett books

Pillars of the Earth is part of a trilogy. The other two are “At the end of the world” and the most recent “Column of Fire”, both very good follow ups to the original and recommended reads.

What about you? Have you read The Pillars of the Earth? If so, what did you think of it? If not, does it sound like something you might like to read? If you’ve read the sequel, would you recommend me reading that as well?