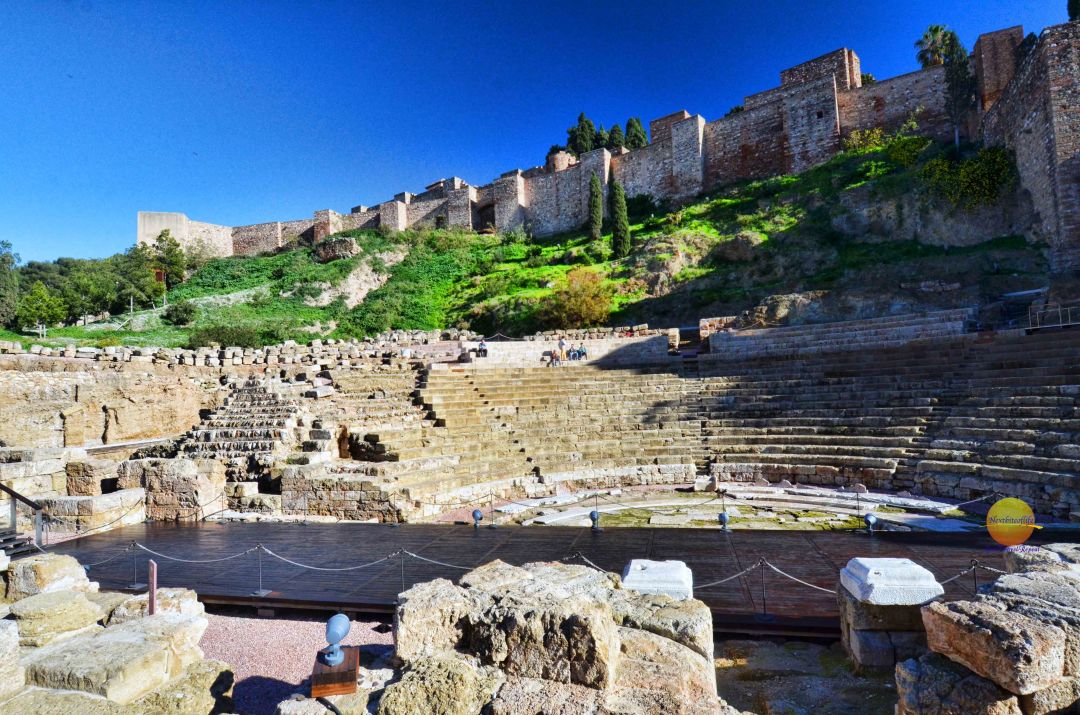 Alcazaba de Malaga – located at the back of the Teatro Romano 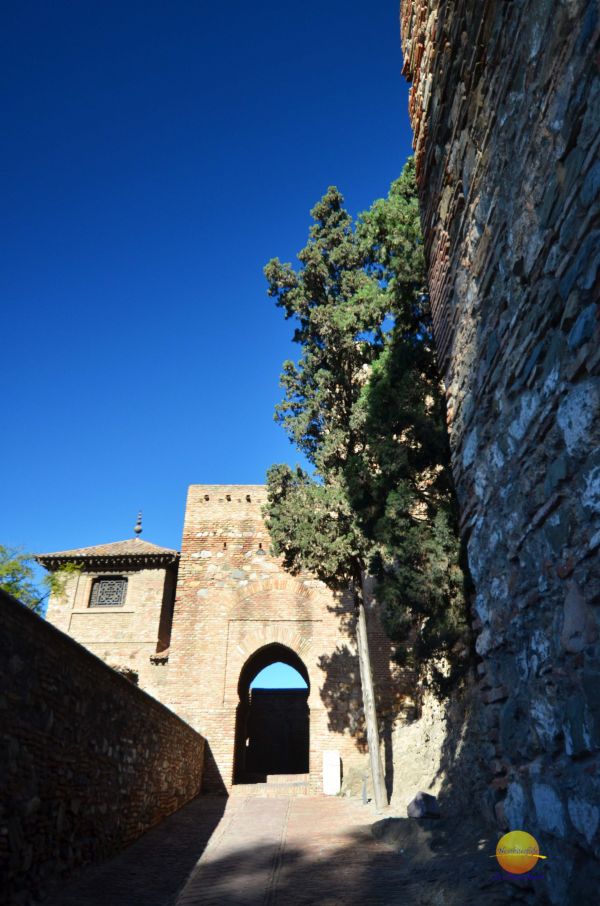 Entrance to the Alcazaba Malaga gardens – it smells wonderfully as the oranges were in bloom.

FIND THE BEST MALAGA HOTELS FOR YOUR STAY 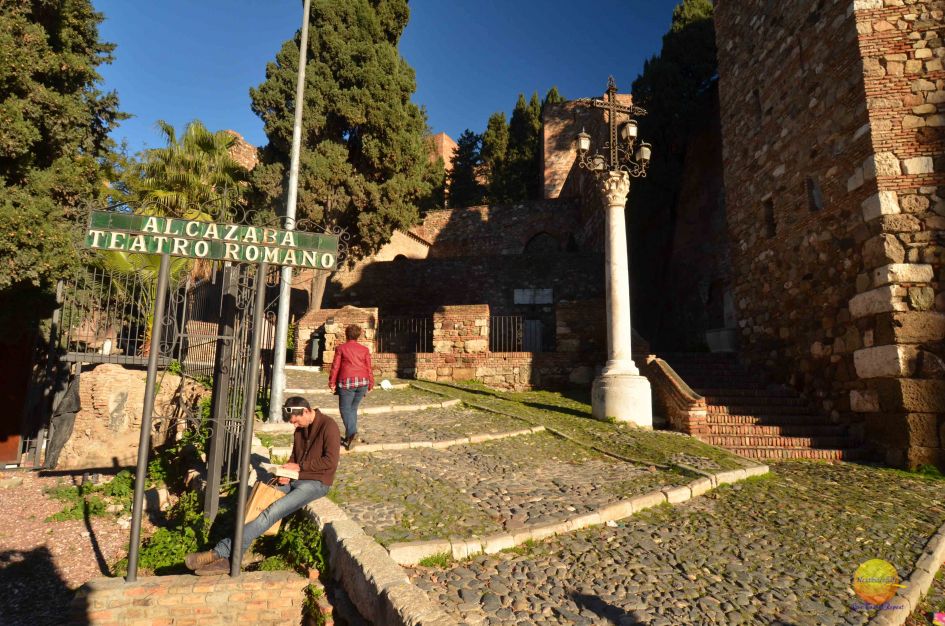 Alcazaba means Moorish fortification, specifically in Portugal and Spain. The word is derived from the Arabic word Al-Qasba, a walled fortification within a city.

The Alcazaba of Malaga is the most well preserved of all the fortresses in Spain and has a long rich history. It towers over the city and is definitely one of the most visited places, and for good reason. The views are incredible and even though it is a long walk up, it is definitely worth it.

It is built atop a hill just above the Malaga Port. There are two walled enclosures that survive namely:

The “Puerta de la Boveda” or Vault Gate is a pathway that leads to the interior of the fortress. There is an elevator which is useful for people that might have difficulty walking. The pathway leads you right back to where you started, this was a defensive move to make progress difficult to attacking forces. You see fountains and gardens as you move along the pathway.

The palace is located inside the second wall of the inner enclosure and is reminiscent of the Andalusian design patios like at the Alcazar of Seville and the Alhambra. 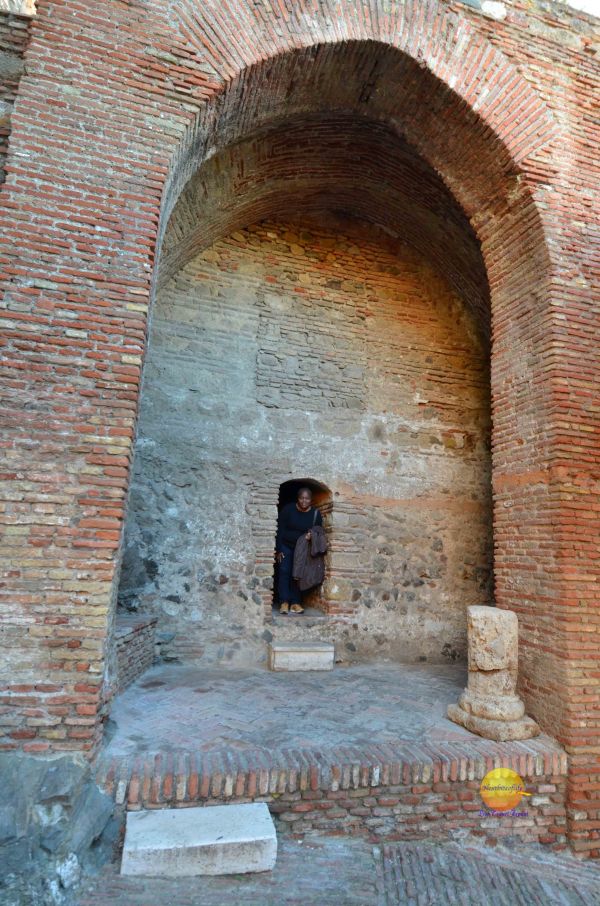 Hobbits live here, but l think these were the lock ups for the maidens 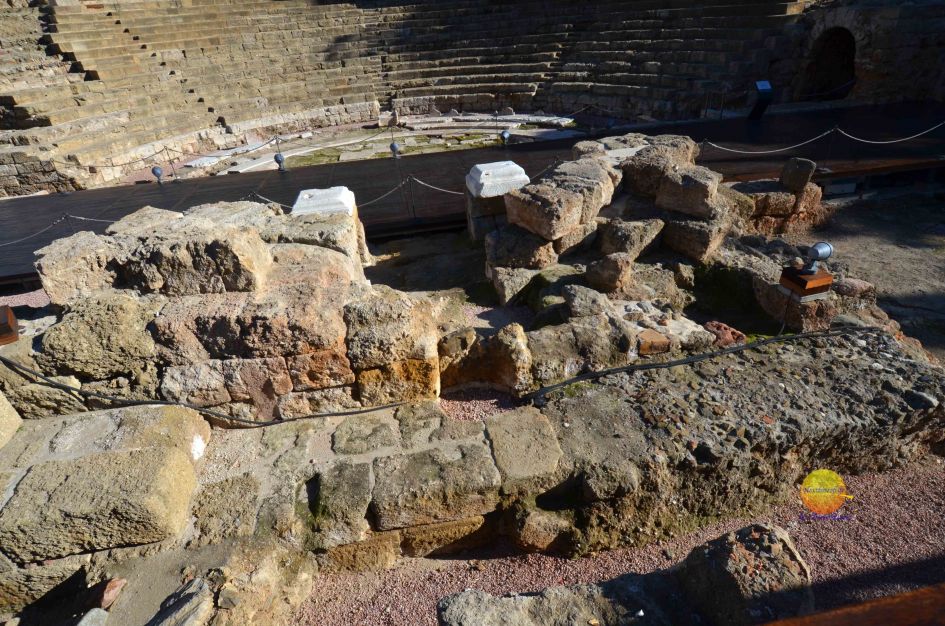 The Teatro Romano in Malaga. The oldest monument in the city.

As said previously, the Roman theatre was discovered about 60 years ago in Malaga, and it is a source of pride for the Malaguenos. It dates back to the first century, during the days of  Caesar Augustus. The Malaga Alcazaba used to be a military fortress (Citadel) that was built by the Arabic people in the eleventh century.

The Teatro was used until the 3rd century when it converted to a cemetery. Abandoned after the 7th century, it is thought to have been ravaged by the Moors who used the spoils to build the Alcazaba.

There are three palaces inside it, as well as dungeons where they used to keep the Christian maidens to “rest after their services”. I can’t even begin to imagine what that means, let’s all let our imaginations run wild :-)

Entry to the Teatro Roman is free when you purchase tickets to the Alcazaba. 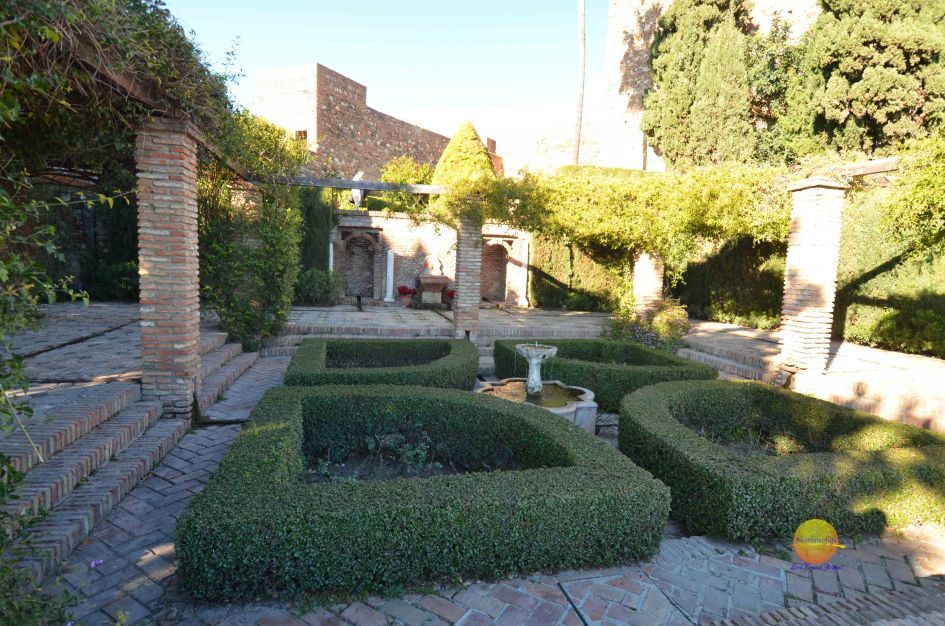 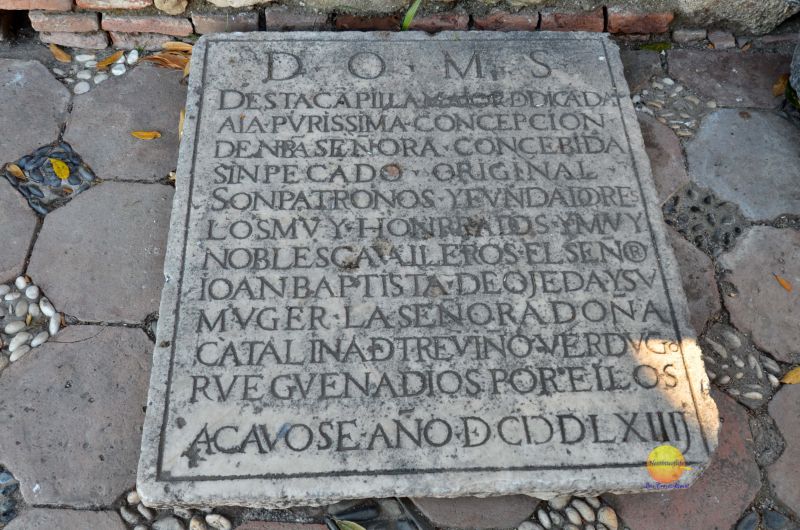 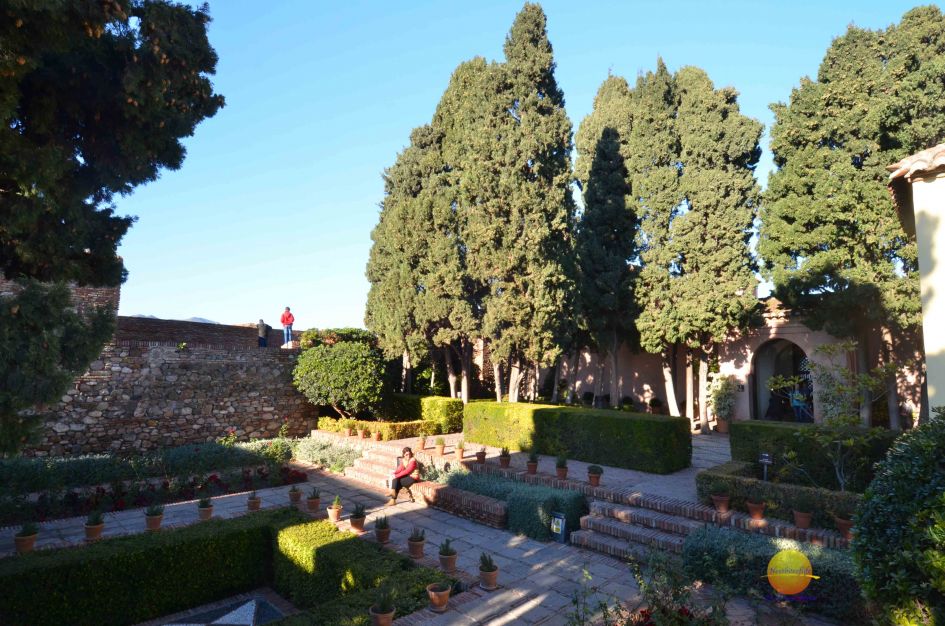 The gardens at the Alcassaba de Malaga is definitely one of the highlight things to see in Malaga. 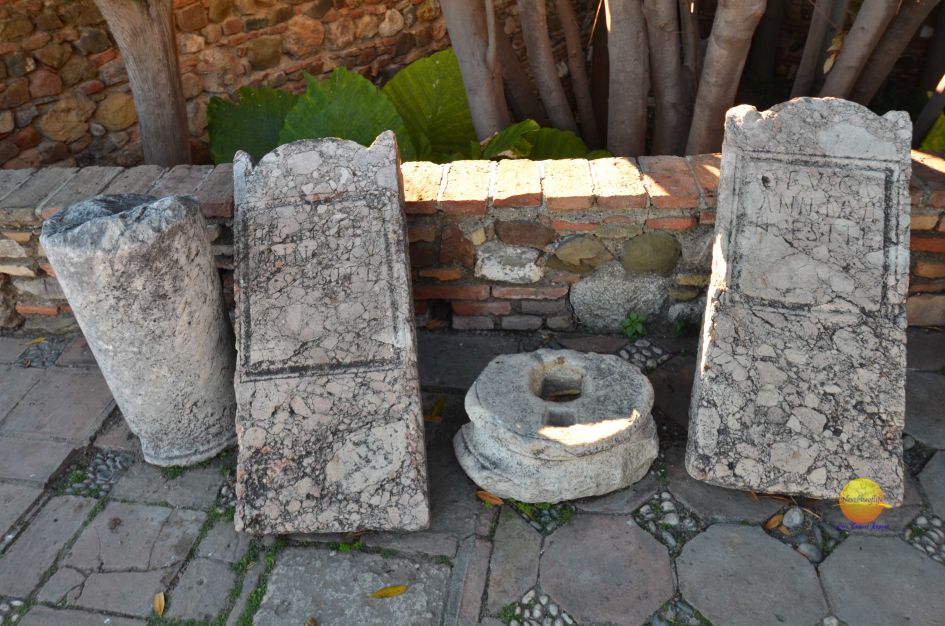 ancient artifacts at the Alcazaba Malaga which should be combined with a visit to the Teatro Romano. 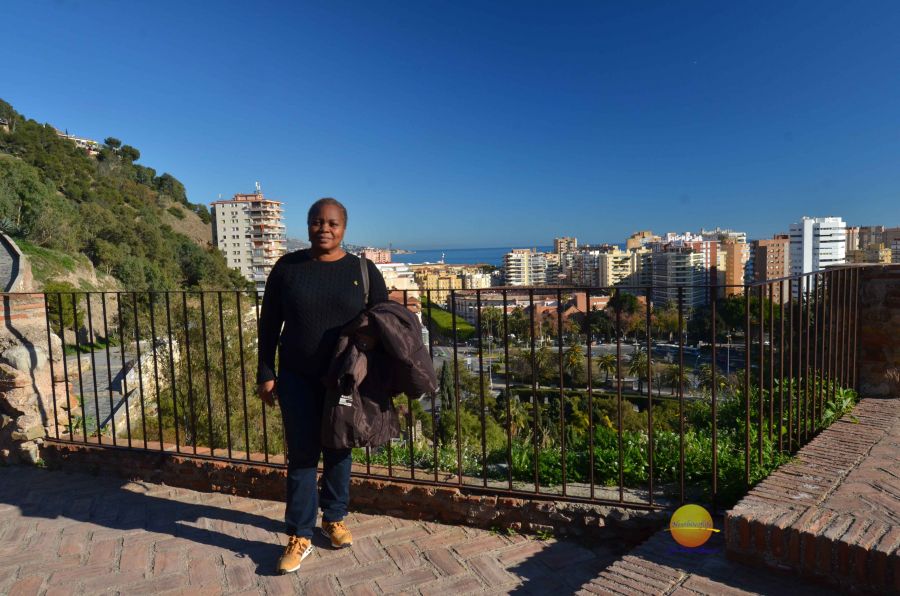 See how low l still am compared to the top? The views are outstanding. 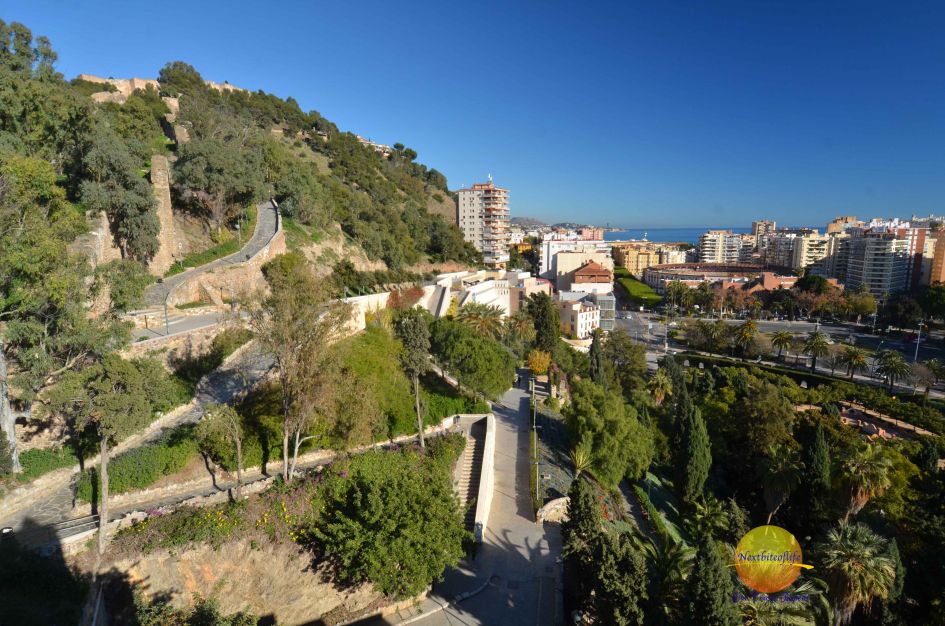 The Plaza de Toro (bullring) in the background. We’ll do the other half at a later time :-). You can also see the Castillo de Gibralfaro high up. 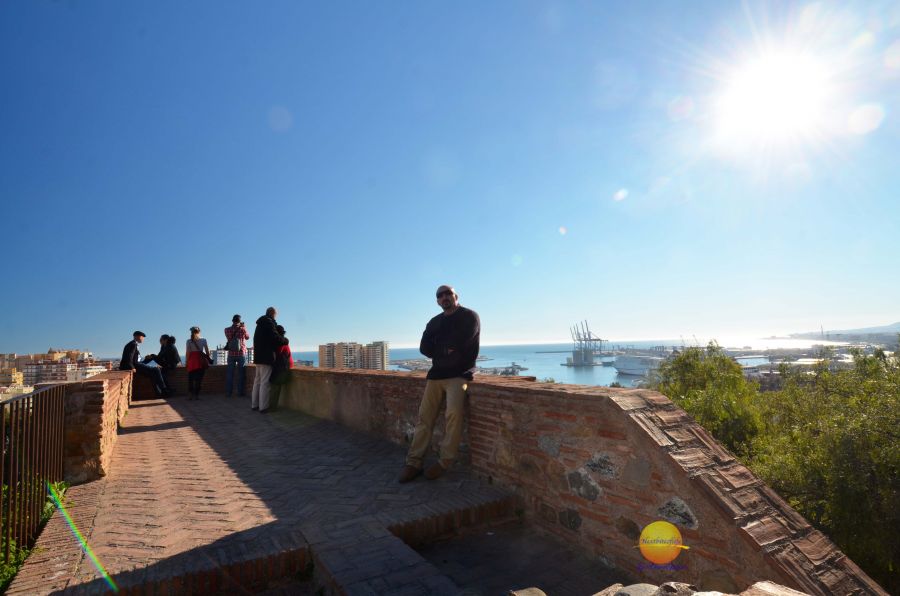 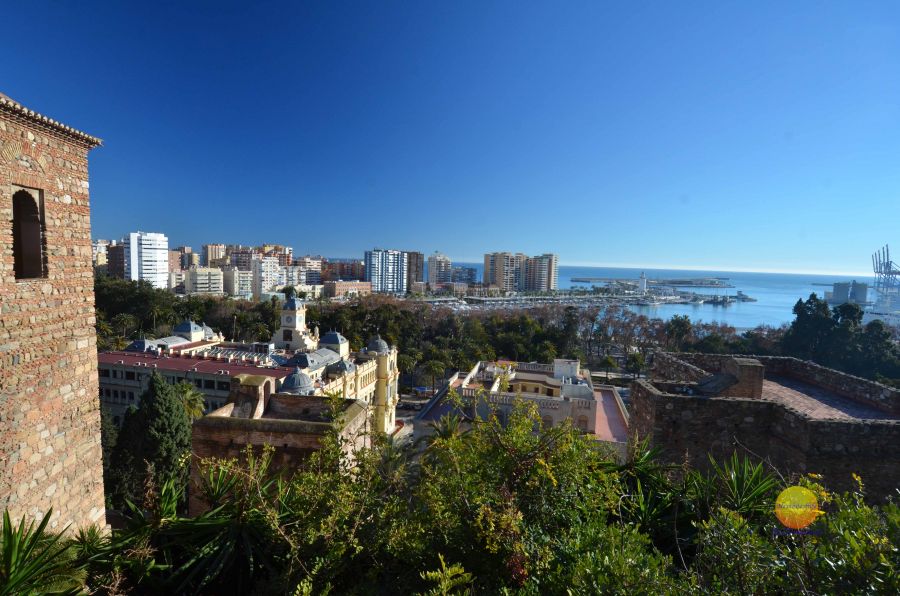 Malaga is a really beautiful city, especially from the top of the Alcazaba de Malaga. Definitely recommended in Malaga despite the amount of climbing to be done.

Unfortunately, we did not get to the top before the place closed :-( . I say that as l would have liked to think l would have made it. Truth be told, l was tired! We made it level 9 (Granada Court) of the gardens, and it looked like we were only halfway..yikes! There are several defense towers and double walls. It is definitely a great place to spend the afternoon and is quite impressive.. The higher you go, the more spectacular the view.

There are so many places to sit, relax, read a book or do some canoodling as we saw many a couple doing. It was also nice to sit on the benches, people watch and laugh my butt off at the girls in like 6 inch heels navigating the cobble stones and a few falling on their keisters :-). The day turned out to be gorgeous, more summer than fall,  like 70 degrees, people were sunbathing, and so many of us were frying in our sweaters and coats! 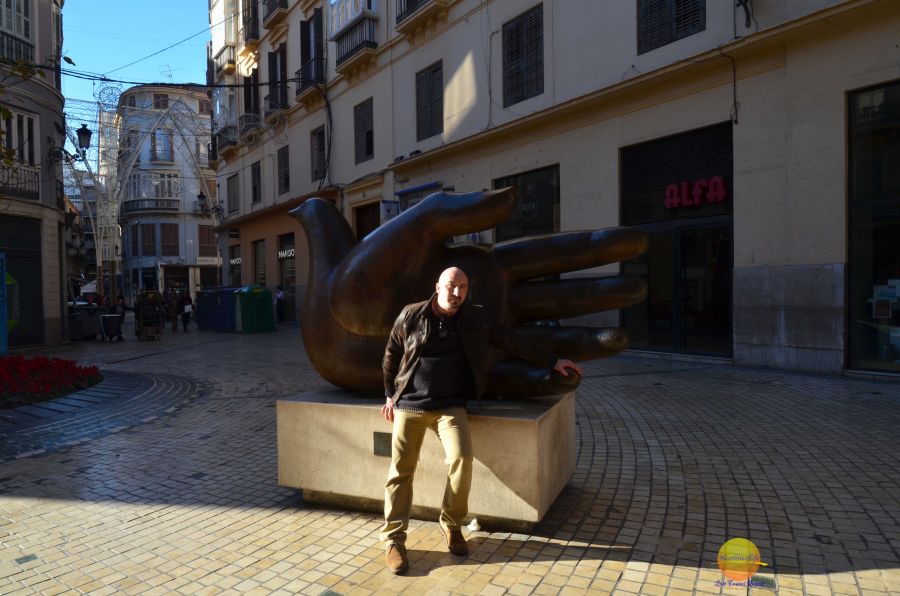 I would love to return for a longer visit to one of the top attractions in Malaga. Unfortunately not much remains of the whole neighbourhood save for the Teatro Romano and the fortress.

Is Alcazaba and Teatro Romano worth visiting?

Yes it is. The price of entry is very reasonable. It is also located right in the city, so very accessible. It is also perfect for the many cruise passengers that have a few hours to explore the city. The spectacular views alone make it worth the visit and climb. I love seeing Moorish architecture. l want to see all the Arabian influenced artwork and mosaic tiles I could ever see because l find them fascinating. It is the distant, little baby sister of the Alhambra, but we’ll take it!

You can book your Malaga accommodation at Barcelo Malaga, one of the top Malaga rated hotels here: 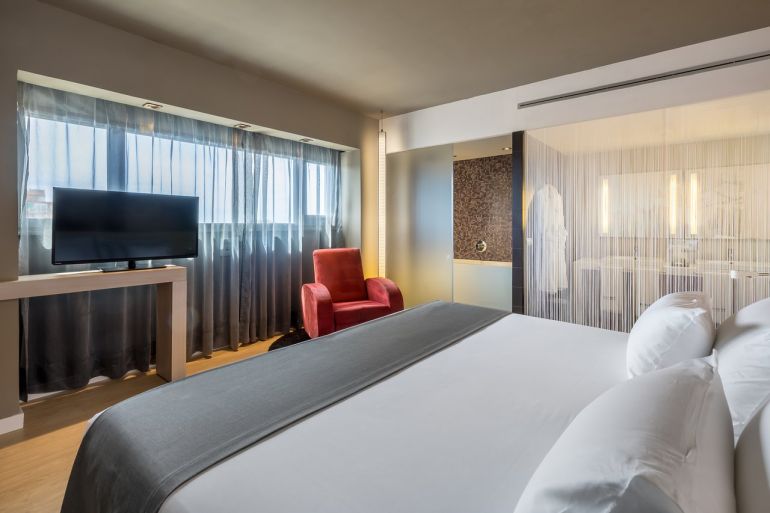 One of the rooms at the hotel. Your room awaits. 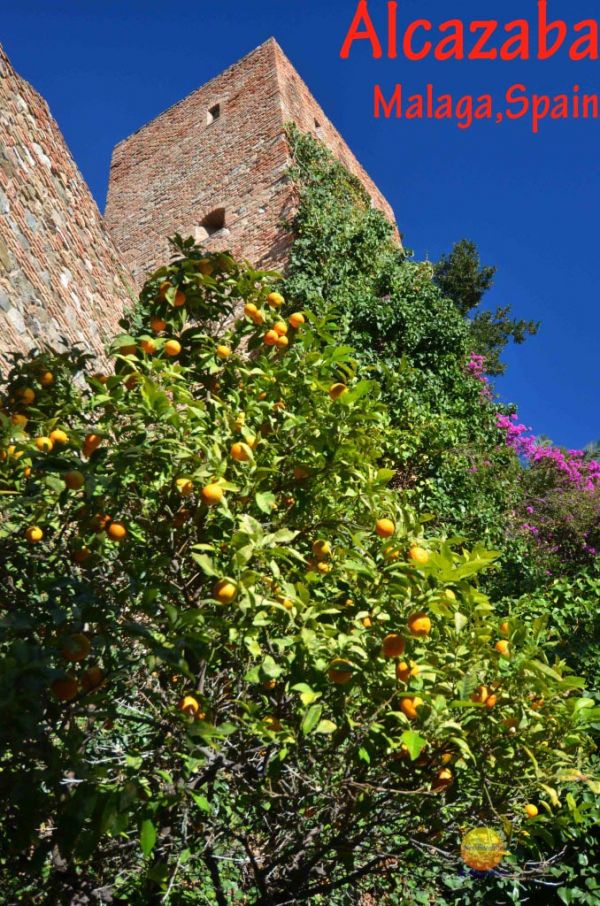 The Alcazaba in Malaga. Originally built under the Muslim rule like so many others across Spain.

Have you been to Malaga or Spain? Would you care to visit Alcazaba if you made it to Malaga? or would you prefer the challenge of the Alhambra? which is even more humongous? Perhaps you are a daredevil who would do both, after all, Granada is just about 90 minutes from here!