Tipping In Spain Guide. Must You Tip? Should You? 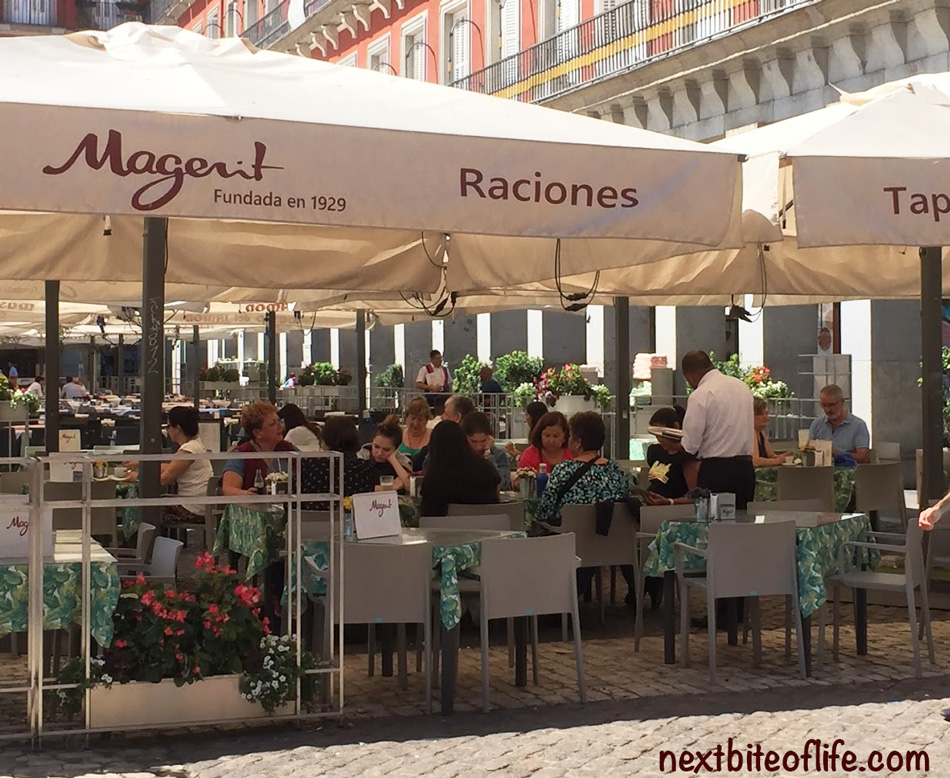 Nothing causes a ruckus among expats in Spain more than the topic of tipping in Spain. It’s safe to say that everyone has an opinion and they are not shy about sharing it. It’s a very confusing topic for most. This tipping in Spain guide will help you avoid uncomfortable circumstances and you will sail through like a local. 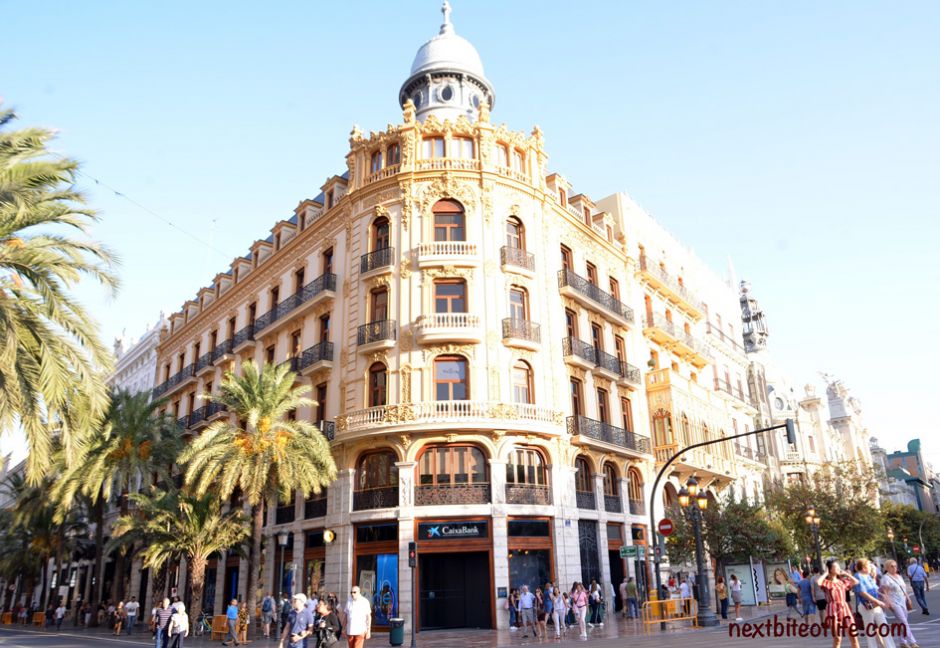 Tipping in Spain doesn’t have to be a murky experience.

Guide To Tipping In Spain:

In the U.S., it is customary to tip in just about every situation, from restaurant servers to cab drivers to hairdressers and so forth. It is therefore not a surprise that your first instinct when abroad is to tip when served. The whole reason for tipping is to show your appreciation for service received. Unfortunately in the U.S, servers and another auxiliary help do not receive living wages and depend on tips to make a proper wage.
Did you know that a recent survey concluded that a waiter/waitress with one year experience only makes an average of $6.18 per hour? This figure includes tips, bonuses, and even overtime pay. One with one to four years of experience averages $6.13 per hour. You hopefully understand how dire it is that they make good tips when they work. It’s pretty horrible when that is all you have. No wonder the number of homeless working people continue to rise. You just can’t make ends meet on those wages. 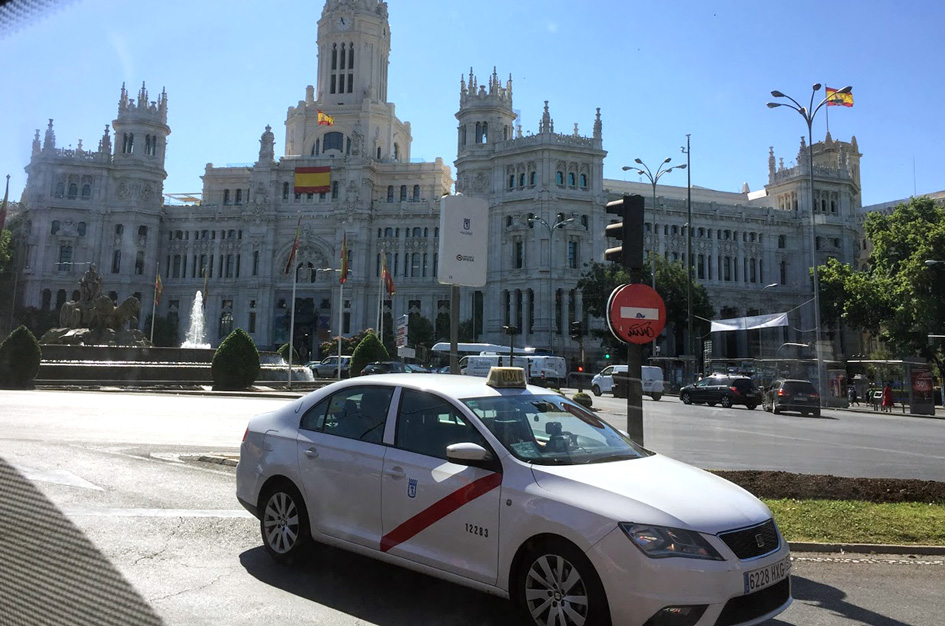 Tipping in Spain guide: Go ahead, make his day with a little tip.

On the contrary, workers in Europe are paid a living wage and therefore do not depend on being tipped as much as U.S workers. The workers also receive health care and the usual bonus of a 14 month salary that is common in Europe. There is the usual 12 months, plus an extra 13th month pay in summer, either July or August and a 14th one in December. Suffice to say, wait staffing is an actual career, and many do it lifelong.
Knowing this, you can understand why some expats feel that there is no need to tip. Many frown upon it as a horrible practice that Americans especially, are bringing to the culture, and it’s an unwelcome one. Others feel that even though the workers are being paid, it is still on the low end and that tips are welcome, and should become part of the culture. 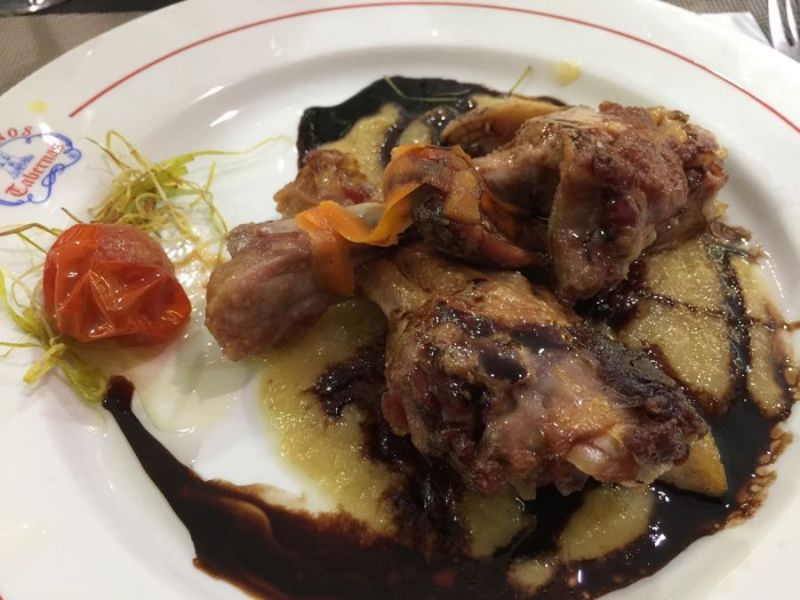 Do the Spanish tip?

The answer is “it depends”. When it comes to day to day living, most Spanish do leave modest tips at bars. When ordering coffee, I notice that a lot of people often leave some coins as tip. For instance, on a coffee tab of €1.10, they might leave 20 cents as tip. This is not expected, but appreciated. When they dine out, l rarely see Spanish people tip. It is just not part of their culture.

Do Expats in Spain tip?

From what l have seen, quite a bit of them do, at least in the circles l travel in. Personally, we tip when we go out. Longtime readers know that Federico waited tables for a few years when we lived in the States. He knows how hard a job it is and we like to show appreciation. When we first moved here, we would always leave a 20% tip. We have since scaled down because of what we know. I have friends that still insist on leaving 20% tips which l now think is way, way too excessive. That being said, I have yet to see a waiter refuse it :-) .
The first time l mentioned tipping in Spain on Facebook a year or so ago, my friends had a whole lot to say. The Spanish ones among them were definitely not for it, and l was surprised that quite a few Americans and Brits especially, were also against it. Many more than l thought. It just took me this long to write a post about it :-). 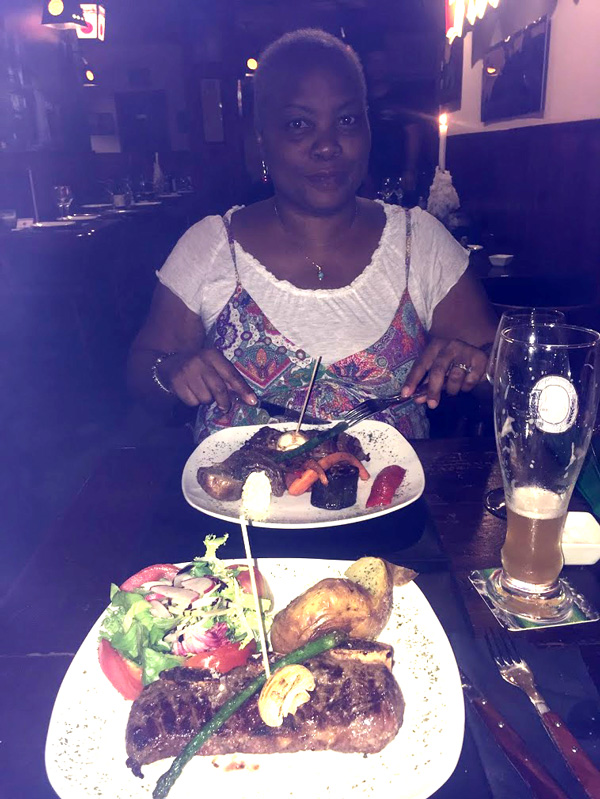 Me about to dive into my Argentinean steak at a really nice restaurant in Valencia called Gordon 10. Great meal that deserved a great tip.

Are you moving to Spain and need the best guide on how to go about it? Make sure to get your copy of our Life in the sun guide on Amazon.

Must you leave a tip?

No. You don’t have to leave a tip. Not even if they give you a slip with a space for tip included (a lot of places have started doing that). It’s entirely up to you.

Should you leave a tip?

Yes, if you feel the service was great and you want to show appreciation. It doesn’t have to be grandiose. A 5% tip is often enough in my opinion. The funny part is that most waiters for example, will bring your change back because they don’t expect a tip. You have to tell them it’s “propina” which means tip for them. I’ve often seen how such a small gesture seems to energise them. If you pay attention, you will often notice that there is usually one, maybe two waiters to serve a whole establishment. That’s a lot of work.

How much to tip taxi drivers in Spain?

Here is another instance where the cabbies are not expecting a tip at all, and are often surprised and most grateful for any little amount. We usually round up, or give a euro if the cents are very small. If it’s an airport transfer, obviously you tip a little more since the charges are usually much, much higher.

If it’s a “free” tour, then you should tip at least one to two euro per person to show your appreciation. We all know that nothing is really free! :-). For more expensive tours, we usually give a 5-10 euro tip depending on how long and how enjoyable. Two of our many favourite tours ever were in Porto for our wine tasting experience that lasted about 12 hours, and our recent food tour in Rome. We felt the services rendered were fantastic and our memories have proven that true. 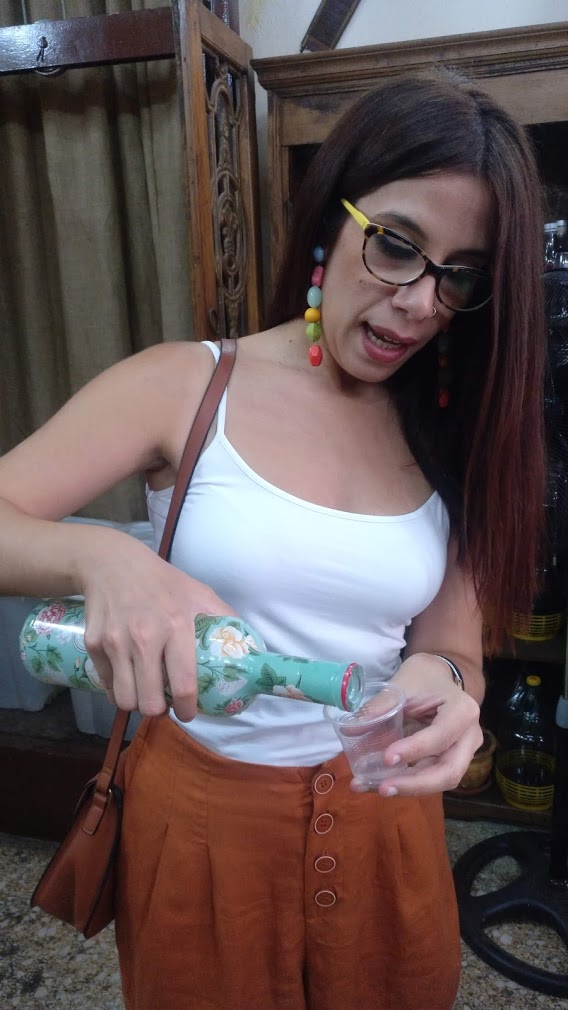 Elena, one of the amazing tour guides we have had over the years, this time in Athens for another wonderful food tour. She is pouring ouzo :-).

How much to tip the street performers?

I find 50 cents up to 1 euro is a nice tip if we take a photo of them. Please don’t snap and run like l see a lot of tourists do. These people depend on tips and it’s a totally shite thing to do.

Hairdressers? Nail technicians etc.? There is no need to tip on a regular basis in my opinion. I do admit to a euro here and there when l get my nails done. My rule of thumb is that if the person helping me is a worker, l give a small tip. If it’s the owner, I don’t give a tip.

To tip or not to tip in Spain?

While you are not required to tip, it is a nice gesture and as said prior, a much appreciated one. A few cents here and there, maybe a 10% tip at a fine establishment, but only if you feel the service was excellent. Remember the tip is to show how well you liked the food or attention. If you didn’t like it, don’t leave a tip. It’s a delicate balance and one we keep refining. I will tell you three instances that happened to us and how we showed appreciation. 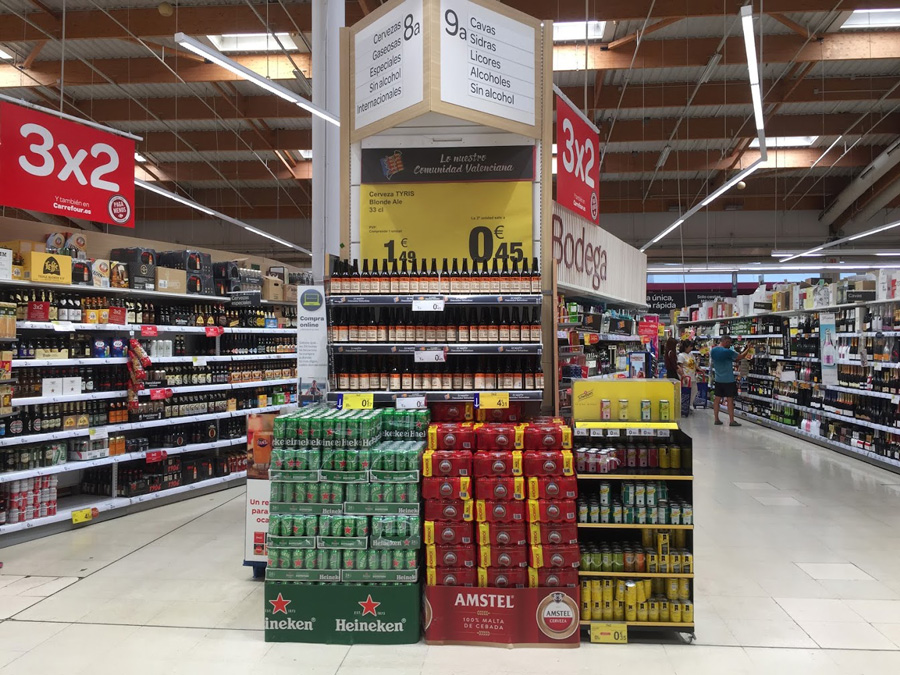 It was impossible to give him a tip. It was only after he left that l noticed that the store receipt said tipping was not encouraged. I was gobsmacked!

– We had a delivery from a local grocery store which included seven six packs of 2L water and a whole bunch of other items. The delivery guy would not take my €2 tip no matter how much l cajoled him. He said it was his pleasure and no tipping was required. We ended up taking him to the bakery downstairs for a cup of coffee :-).
– The car battery died (again) about a month ago and we went to one of the mechanics close by. He jumped the car and refused to take a tip. Nothing! We finally gave up after a few minutes. We need the car jumped again though, and this time l will either buy him a coffee or wrestle him to the ground to make him take the tip :-).
– We had a slow leak or something in the front car tire and the mechanic had to like straighten out some metal part (guess Federico had hit a curb hard). It took him over half hour of banging etc.. He wouldn’t even charge us for the work, never mind a tip! Unheard of in the States for sure. We insisted on him leaving the shop and joining us for a coffee and croissant as a thank you. 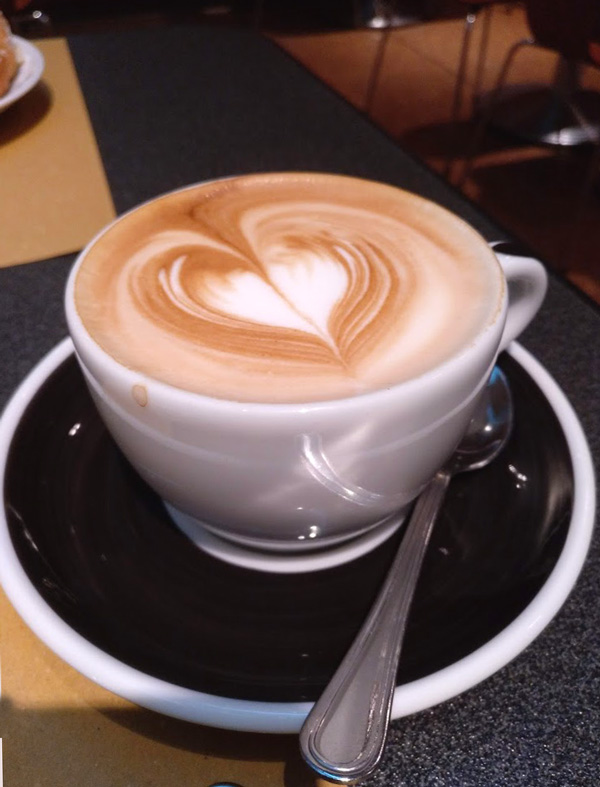 A few cents tip on your coffee is a nice gesture.

Caution on tipping:
Make sure to check your receipt. Some restaurants for example might have a service charge already added to your bill, so you might be double tipping if you’re not careful.

Final Thoughts on tipping in Spain:

I think it’s a good thing to show a small token of appreciation for great service. I hope Europe as whole, and especially Spain don’t become like the U.S. where workers have to depend on tips to live. It doesn’t seem like that will happen anytime soon, but l do feel a barely noticeable to all shift in attitude of servers when they realise that a table is filled with Americans. The game is upped just a tiny bit in anticipation of a tip. Is it a bad thing? No.
Pin it for later: 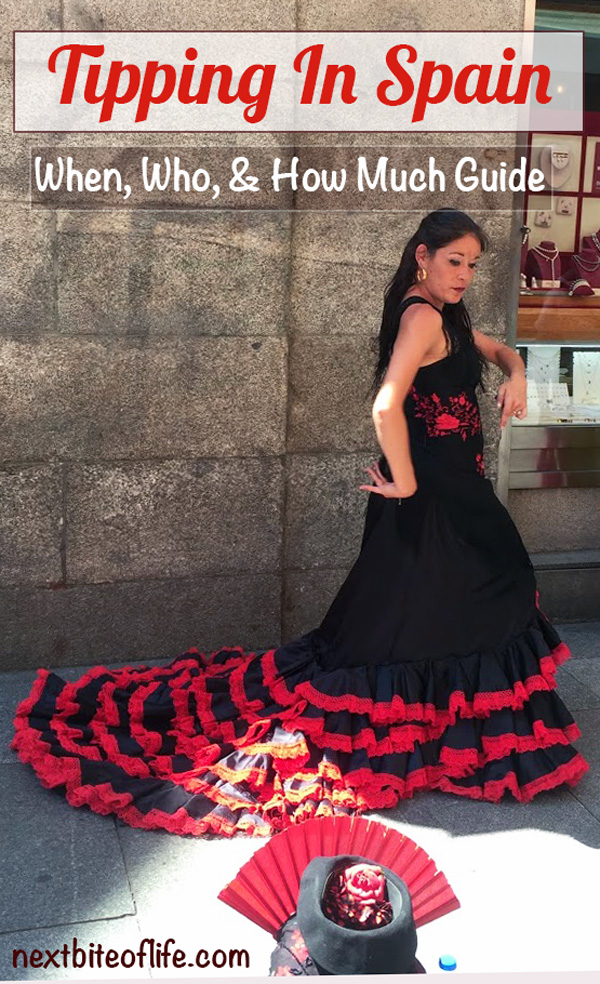 How about you? Do you tip when you travel ? Have you found this tipping guide helpful? If you plan on being, or happen to live in Spain, has it changed your mind one way or the other?