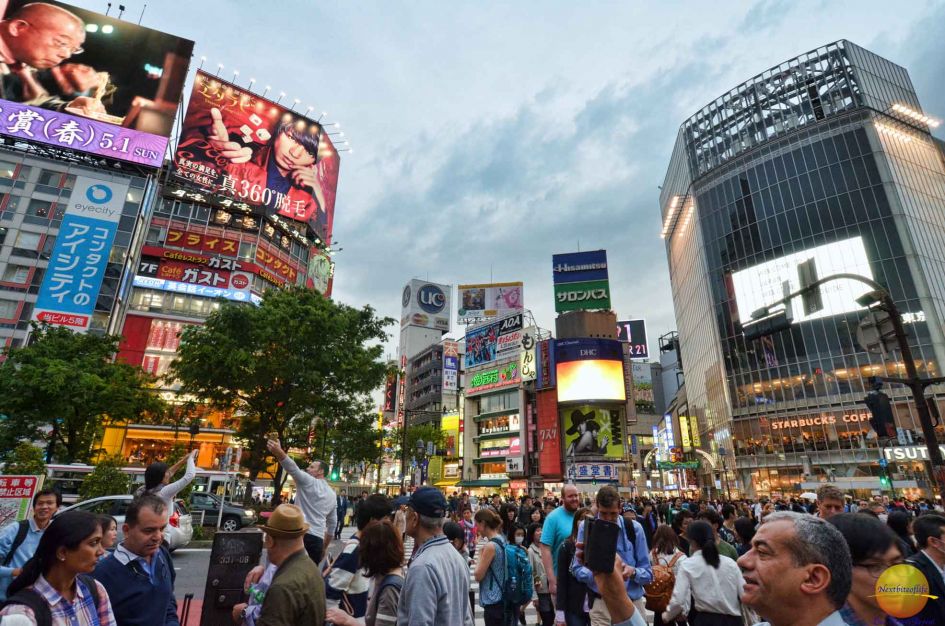 Shibuya district is one of the special wards in Tokyo and is most definitely worth checking out on any visit to this amazingly humongous city.  The Shibuya train station itself is worthy of a visit as it is one of the biggest and busiest ones in Japan.

It feels like you are in a giant mall rather than a train station with its many eateries and retail stores. It is also famous for the story of Hachiko, the loyal dog. This was the major reason l wanted to visit Shibuya. I am a sucker for dogs.

The Shibuya Tokyo district actually started out as the grounds of a castle owned by the Shibuya family in the 11th century. Once the railway terminal was built, the area quickly expanded and it became a special ward of Tokyo 1932. The current population is just over 221,000 people in an area of just 9.3 miles!!! 🙂 😉 .

We were lucky that we had a direct line into Shibuya from our AirBnB rental in Ikebukuro ( a delightful typical Japanese house among the locals. We loved it and recommend it highly) and the whole trip took less than twenty minutes. To say the station is overwhelming would be putting it mildly :-).

There are at least ten exits from the station. A wrong one would put you in a completely different section of Tokyo, so it is extremely important to know your exits, not just at this station, but at all of them.

To see the dog statue, you want Shibuya Station Hachiko exit. There are a lot of policemen in the station and it is best to ask and make sure you are going the right way. Here are a couple of things Shibuya is famous for.

Shibuya itself would be an amazing place to stay since you would be right in the middle of all the action. For more inspiration on areas to stay as a tourist, be sure and check this awesome post about other recommended neighborhoods to stay in Tokyo.

Hachiko is the name of an Akita dog that was born in November of 1923 on a farm. It is one of the most famous, faithful dog stories. A professor at the University of Tokyo adopted him at the age of one.

For the next year or so,  the dog would wait patiently for his master to return from work at the station exit daily. The professor dies at work suddenly one day and does not make an appearance at the station.

For the next nine years, nine months, and fifteen days, Hachiko loyally waited for his master’s return, until the very last day of his life at the age of twelve.

One of the professor’s students followed the dog to the professor’s former home and wrote a newspaper article. This led to commuters bringing the dog scraps of food and fame for the area as people visited man’s best friend. He was cremated and buried next to his master.

A bronze statue of Hachiko was unveiled in 1934 in what is now the Hachiko exit. The Hachiko square is a really popular and busy meeting for young and old alike. It was really crowded when we got there and l was more than happy to wait my turn and get a picture of this dog. For sure my dogs would have gone with the first person who gave them a scrap 🙂 .

If you haven’t seen the Richard Gere movie about this dog’s life, you should, but only when you are ready to have a good cry. I loved the movie, but can’t watch it again. I tear up just thinking about it.

The Movie. Yeah..the trailer is not the best, but the movie is awesome.

One thing the Shibuya district is famous for is the Shibuya crossing that is located closest to the Hachiko exit. It has what is known as a scramble crossing. Traffic is stopped in all directions to allow people to walk all the intersections. I have to tell you, it is freaking unbelievable to see.

There must have been quite a few thousand people crossing when we went which was on a week night. It was kind of cool to be part of this mass exodus from one side to the other. A lot of people were clicking away, or shooting video.

Very easy to lose sight of each other if you’re not careful. It reminds you of Times Square in New York in a way, with its neon lights and huge TV screens. This is supposedly the busiest intersection in the world. I believe it. The Shibuya Crossing has made an appearance in popular movies like Resident Evil, Fast and Furious: Tokyo Drift and Lost in Translation.

What to do in Shibuya: (Must visit places in Shibuya Tokyo)

Shibuya District has a lot of other things going for it. Other Shibuya places of interest include:

We had a lot of fun discovering the Shibuya Harajuku area and Shibuya crossing. You could easily spend a month in Tokyo and just barely scratch the surface. I really hope we get a chance to go back and visit this awesome place. It was all l could do to drag Federico away from the Bic camera Shibuya.

Where to eat in Shibuya:

Some of the top restaurants in Shibuya include: 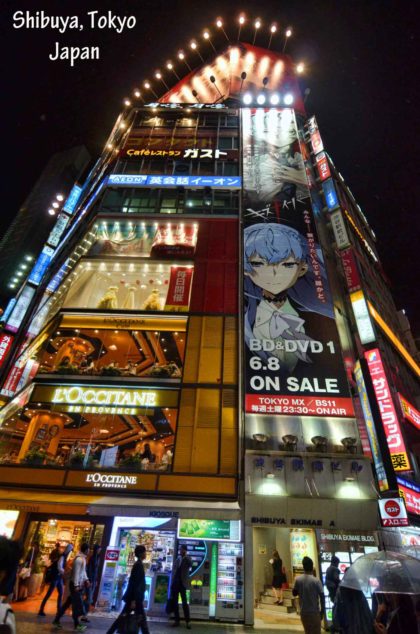 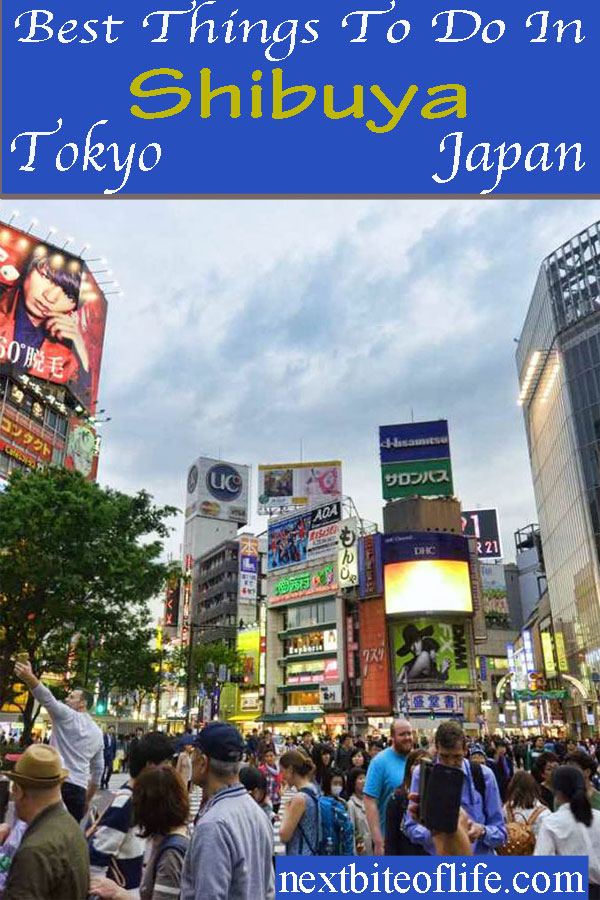 What do you think of Shibuya? Could you live there? I most certainly could not. It’s way too busy for my liking, but it was fun to visit. Do you have a dog? If so, is it as loyal as Hachiko?

32 thoughts on “Shibuya District Tokyo And A Dog’s Tale”