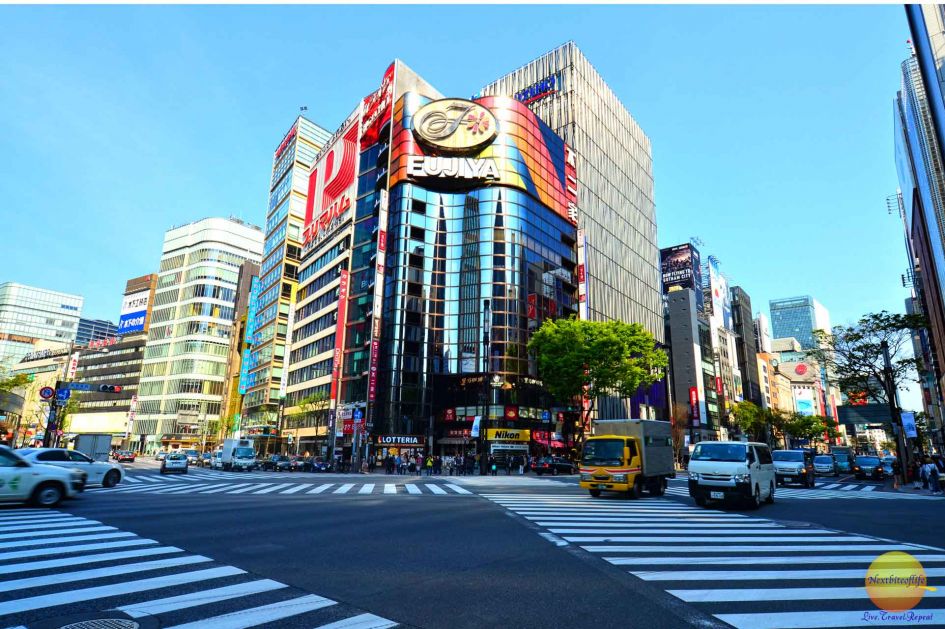 Tokyo was certainly not on the proverbial bucket list.  It has only been recently that it came on the radar. I think it was mostly due to the travel event that we attended recently. Seeing the presentations from the different countries in Asia spurred our interest.

The post about our destination wish list for the new year included Japan and Maldives. Thanks to crazy airfare deals, we were able to cross the Maldives off the list and now, Japan as well. Our 12 day trip in Tokyo was absolutely fantastic, and jarring as well. Here are some very surprising impressions of the capital city of Japan.

Tokyo is the capital of Japan and happens to be the world’s most populous metropolis. Before 1868, Tokyo was known as Edo,  a small castle town. Prior to castles, fortresses were the norm for protection.

The need for castles emerged as the states fought each other constantly. These castles were usually built on top of the mountains. As the towns spread, they were later built on small hills or high plains. They were used as administrative offices and military headquarters.

There were three circles of defense in each castle, with the lords residing at the more fortified circle. The samurai lived in the town surrounding the castle. The higher their rank, the closer they lived to the castle.

The temple would be located on the outskirts of the city. This really makes me want to watch old Akira Kurosawa movies again 🙂 . As the town grew into one of the most populated places in the world, the then Emperor moved the capital of Japan from Kyoto to Edo, and was then renamed Tokyo (Eastern Capital).

The city is well designed, well maintained and well presented. There are so many prefectures in the greater Tokyo area, all with their own distinct personality. It would have been impossible to see all of them over the 9 nights we were there.

The other 3 nights, we spent in Kyoto. While the streets were beautiful during the day, they were even more so during the night. If you’ve seen Las Vegas at night, you have some idea. It’s that, and then some. Everywhere!

Find Hotels in Tokyo at the best prices.

Tokyo, Japan – a sense of order and calmness:

Let me just get that out-of-the-way 🙂 . Tokyo reminds me of New York , but without the chaos. The city has a population of 13.5 million people versus the 8.5 million in the greater New York area.

In NYC however, people are always rushing about,  generally stressed and mostly unfriendly. Granted l haven’t been to New York in over 15 years, but l did visit it a lot when l lived in Boston. I doubt if the attitude has changed much.

In Tokyo, it almost seems like people are moving in slow motion,  yet accomplishing the same thing in the same amount of time, but without the attitude. No one ever seems to be anxious or mad. Everyone lines up for the train, bus etc, no fuss..no muss.  “Shikata ga nai”  is a famous Japanese saying meaning “It can’t be helped“.

I think that is such a zen way of looking at things. While as a culture, there is a high rate of suicide, it is very hard to notice from the way they carry themselves. I try to practice that when things go awry. I just focus on solving the problem rather than dwelling on it.

It jarred me the first time l saw a Japanese man with a handbag on the train. I thought it was a man bag, and l was just mistaken. Then l saw it again and again. They are full-on handbags, not man purses or whatnot. All sizes, all shapes, all colors. Carried by both younger and older Japanese men.

I am still not sure how l feel about that :-), but l suppose they have stuff to carry as well. It just looks weird to me. I mention it as l only observed this in Tokyo, not sure if it is a common thing in all of Japan :-).

Japanese toilets are the bomb!

It’s just as well that we don’t live there. I would spend half my life there 🙂 . These Toto toilets are heated and come with a whole bunch of doodads. You can control the temperature, water jets, l swear one looked like a massage button.

Not sure because they were all in Japanese characters and l was afraid of messing up the settings. In the department stores, they even have music (for privacy) buttons and air freshener spray. What’s not to like? 🙂 ;-). People in Japan are in great shape and are very friendly:

In the whole time that we were in Japan, we only saw two overweight people. One man who was obviously, at least to me, a Sumo wrestler or student. He had the look and the hairstyle. The other was a girl on the train, but she wasn’t even that big. My theory is that pretty much everyone takes the metro to get places.

Those metro stations are like cities down there with multiple exits and lines. It is not unusual to walk a mile from one line to the other, all underground. Who needs gyms? We also found the people super helpful.

Many times, we were lost, only to be approached by locals offering to help us find our accommodations. Police men who walked us part of the way to our destination just to make sure we didn’t get more lost. Amazing!

Between Federico and l, we have been to a lot of countries. We both agree that Tokyo, and surely the whole of Japan is the cleanest country ever. We did not see a single piece of trash on the floor. Despite the fact that it is really hard to find a trash can.

We, and apparently everyone else held on to their trash till they could properly dispose of it. Hint: They are usually next to the vending machines which are everywhere, selling everything from cigarettes to water to ice coffee.

We saw a ton of pachinko parlors in the city of Tokyo. We also saw a lot of people patronizing them. Federico didn’t know what they were 🙂 . They are basically gambling houses with slot machines. At any hour off the day, we saw businessmen, kids, and women in them.

I later read that it is a 185 billion dollar industry!!!! That is a crap load of money!! In an effort to combat the declining numbers, they are now adding anime characters to entice the younger people 🙁 .

These are just some of the things that we observed right off the bat about Tokyo, Japan. In the upcoming posts, l will share some of the temples we visited, the neighborhoods and of course the food. Tokyo is a vibrant and very exciting city. I am so glad we got to visit. It is not the cheapest of places, but still cheaper than say.. London.

We always recommend travel insurance. We learned our lesson after losing money on our epic travel fail trip. Lesson learned and never again!

Protect yourself with Travel Insurance 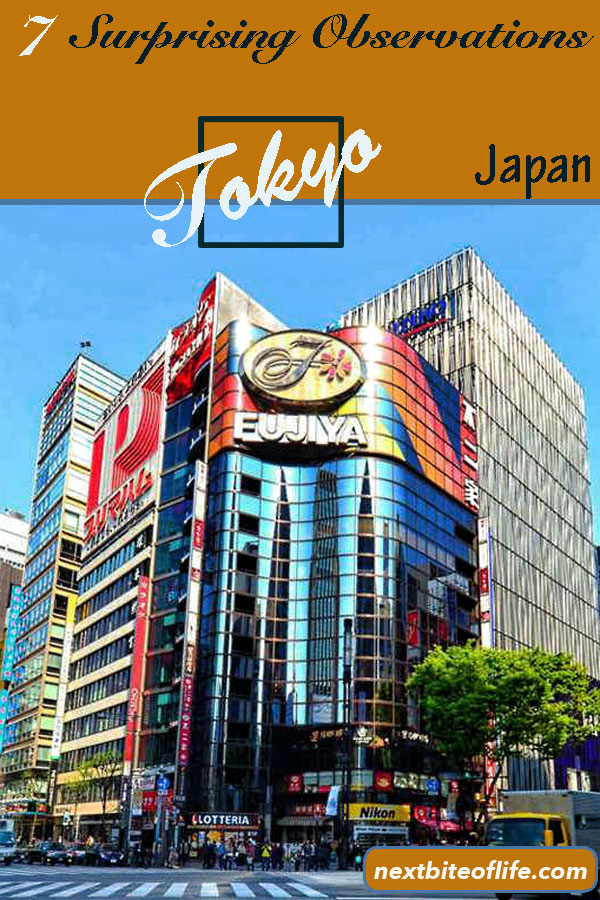 Have you ever been to Tokyo or anywhere else in Japan? If so, what do you think of our takeaway? Anything to add that we might have missed? If not, does Tokyo sound like a place you might like to visit? To answer the question.. “should l visit Japan?”. The answer would be a resounding yep!!!!