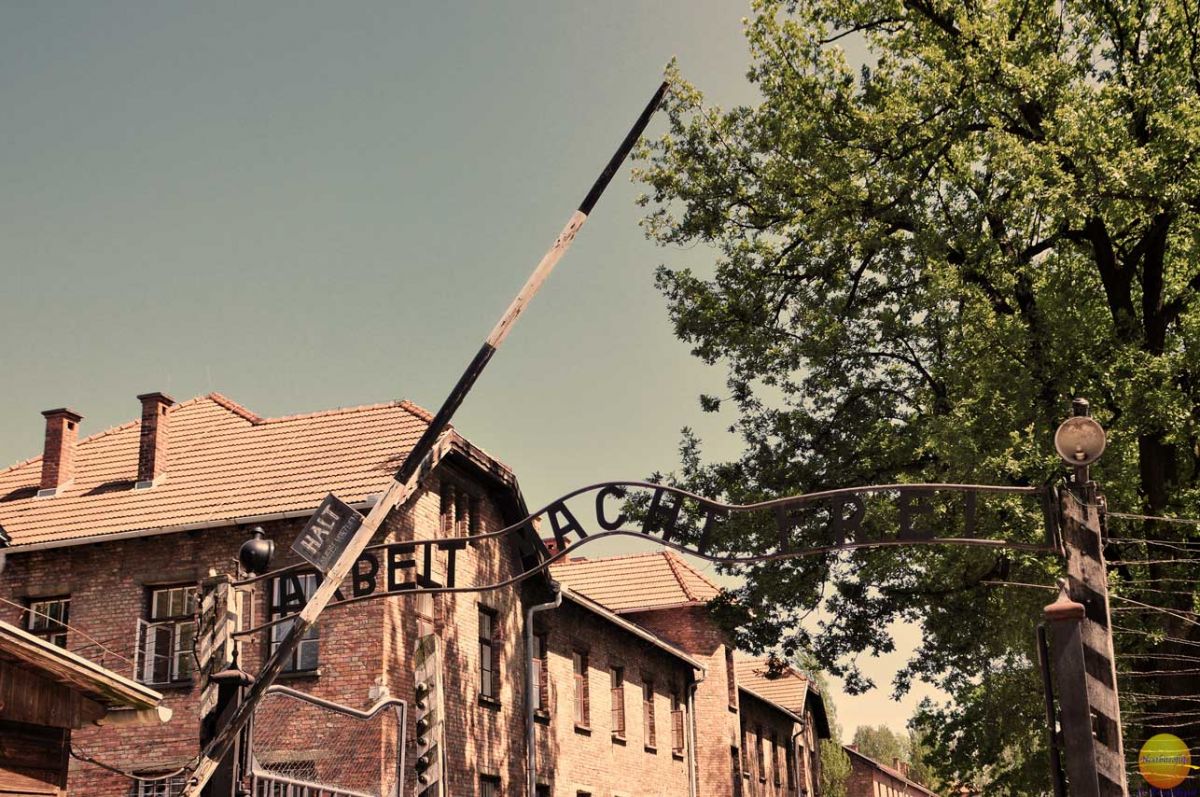 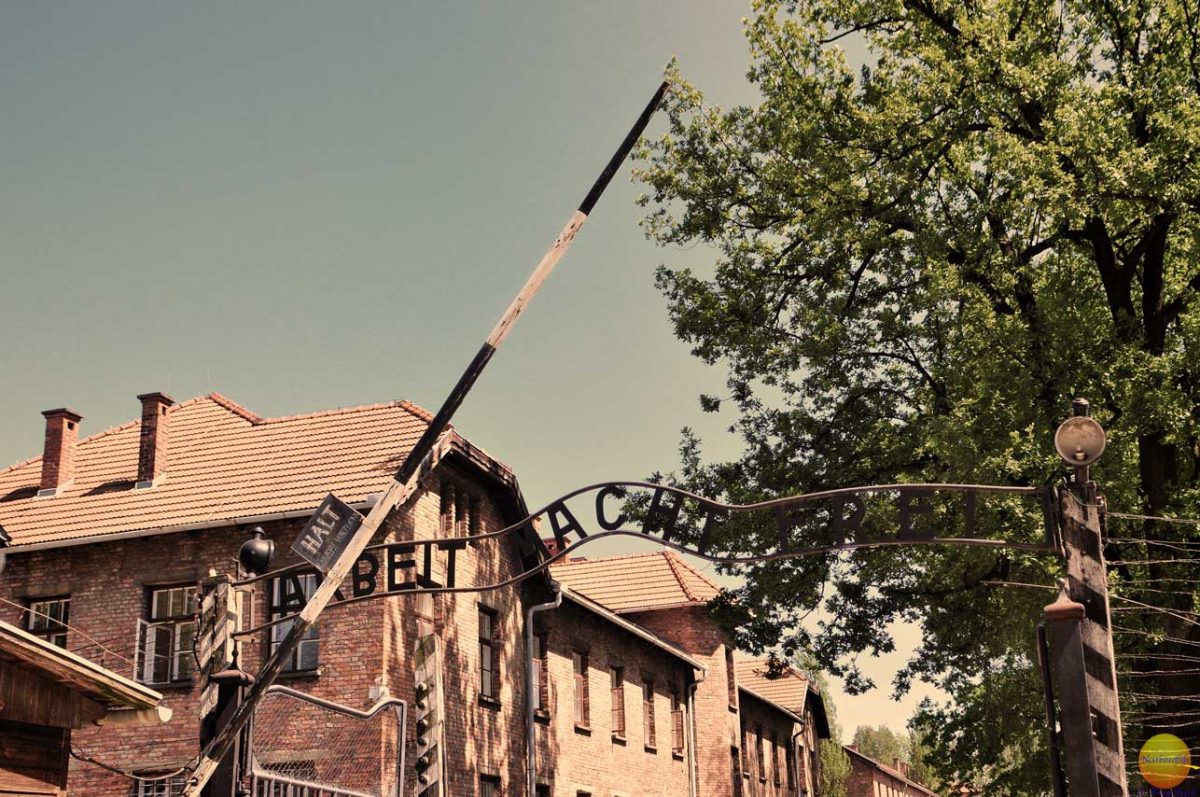 A Visit to Auschwitz and Bikernau: I debated about writing of our visit to Auschwitz and Auschwitz 2 (Birkenau) for quite a bit. It was a very horrifying place where so many people lost their lives and l didn’t want to dilute the story or make light of it by lumping it into an overall experience post. I ultimately decided to write and share the experience because l know not everyone would get a chance to visit. Federico more than me had always wanted to see Auschwitz.

He had read about it as a youngster in Rome and actually gave more information to our guide (who welcomed the interaction) about the camp and some of its survivors. Even though l knew bits and pieces of the history (not part of our school curriculum), growing up in Boston, it had become watered down with too many episodes of “Hogan’s Heroes”. Being at the camp was a real gut punch, and l am indeed glad we left visiting till the end of our stay. It’s probably why I’m writing about it before the fluffy stuff, as if trying to purge myself of the sights. How does it feel to visit Auschwitz? I’ll try and describe it. 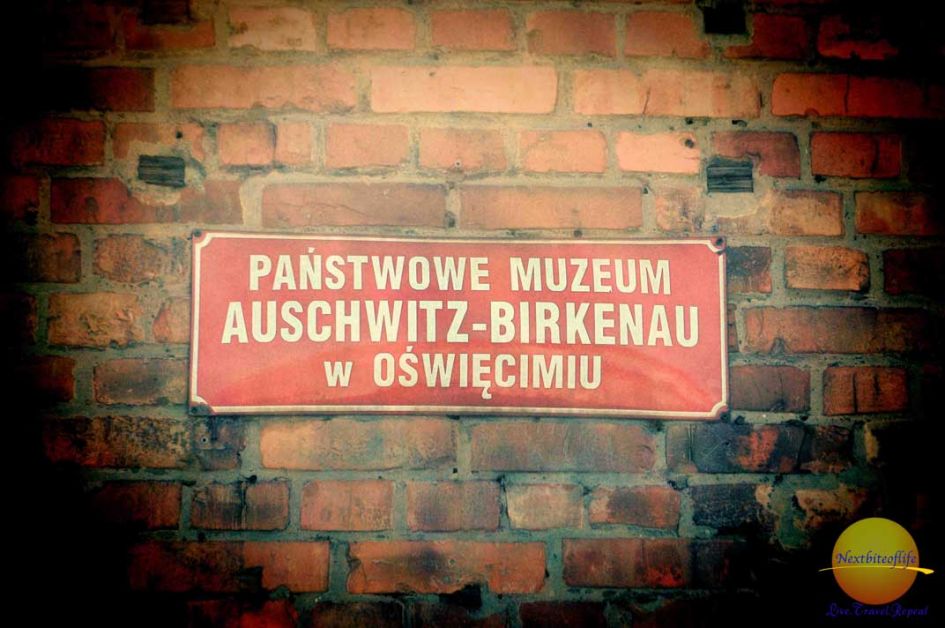 Where is Auschwitz concentration camp:

Auschwitz sits about 50 miles outside of Krakow. It was originally constructed to hold Polish political prisoners. Rudolph Hoss (Hoess) was the camp commandant who oversaw the development of the camp. It became the administrative quarters of the Nazis. Birkenau was built later to facilitate extermination of Jews, Russians, Gypsies and pretty much everyone that Hitler deemed inferior to the German race.

Upon entering Auschwitz, the first gate you see has a sign above it saying “Arbeit macht frei” which means “work sets you free”. This was used as a motivational slogan to get people to believe they were being “resettled” and not enslaved. You worked to earn your freedom l gather. The original sign had been stolen but was later recovered we were told, what hangs now is a copy.

Next we visited some cell blocks where we got a glimpse of life in the camp. There were old photographs of prisoners upon arrival at the camp. This practice was stopped soon as more and more people arrived. Most of the prisoners lasted two to three months tops. Most dying from disease and starvation. Some of the most horrifying things to see?

Huge mound of canisters of Zyklon-B, a cyanide based poison that was used to gas the prisoners.

Mountains of shoes collected from the prisoners who were told they needed to be disinfected and returned. Most people were given 2 hours or less to pack before being deported to the camp. A lot hid their valuables in the soles of their shoes and so the Nazis were able to get the gold, diamonds and other precious metals.

The soup bowls of the prisoners. They were fed soup and a sliver of stale bread in exchange for an 11 hour work day. The guide said it wasn’t uncommon to be killed for that piece of bread or have people anxiously waiting for the last breath just so they could steal the bread which was used as currency around the camp.

Suitcases that belonged to the Jewish victims. Some had the owners names on them:

Human hair cut off from the victims after death in the gas chambers. The were collected and sent off to factories to be made into other products like bolts of cloth. We were not allowed to take pictures of it. The room was made dark. The sight was really disturbing and made you almost ill. The hair is deteriorating due to the gasses used to kill the victims. This is one of the reasons why l think everyone should visit Auschwitz. You can’t unsee something like this.

We were taken into the basement of one of the buildings, In Block 11 for instance, we saw some very small rooms (instructed not to take pictures). There were “standing cells” where victims were put nose to nose and had to crawl to get into. They could only stand and 4 people were in a space about the size of a phone booth basically holding each other up, the floor filled with excrement from the occupants. In the morning, they still had to work their full shift before being returned there. The punishment was usually for 3 days at a time. It was also in the same basement where mass killing experimentation with Cyclone B began with the killing of 600 Soviet prisoners of war and 250 sick Polish prisoners in 1941.

We saw the “Death Wall” where prisoners were executed. There was a gray removable wall in front and we were told it was a replica. The original had been placed there to prevent the bullet holes from damaging the lovely brick work behind. After Hoss left, the interim commander had it removed and ordered the executions stopped. We also saw some portable gallows next to it.

We saw a typical room where the victims spent the first few weeks at the camp. The rooms were just bare with straw for bedding on the floor. The toilets were disgusting and the rooms were they slept just as bad. All l could think to ask was how people found the strength to keep on going. A slow rage like the one l felt at the museum in South Africa burned. I kept trying to picture what life could have been like for them, how hopeless they must have felt. How abandoned by their God they must have felt. One thing l know for certain is that no matter how strong my urge to live would have been, I would have gone for a quick death rather than so much misery. Of course it’s easier to say that knowing the history, but it would have been a different story as it happened.

The guide mentioned talking to one of the Auschwitz survivors who was 99 years old and who told him that most victims wanted to live for the next day and the next, hoping to be liberated and reunited with family. That is some strength that l do not possess. The first part ended at the section where the officers of the Third Reich lived, including the residence of Rudolph Hoss (we could only see the roof top of the building, but if it was anything like the mansions before it, it was huge).

The guide also told us how Hoss was transferred at some point in 1943 and he hated to go as did his wife who cried buckets because she loved her life at the camp. He was soon back in 1944. I was delighted to hear that he was hanged in 1947 after being tried for war crimes. You can read more about his murderous life here. You can’t help but wonder what kind of man could order the deaths of so many, yet go home at night to his wife and five children as if it was just a regular day.

Our Visit to Auschwitz II (Birkenau):

For a free quote on travel insurance, Click Here

We were driven to Birkenau (Auschwitz 2) which was only about 2 kilometers from the first camp. You notice the train tracks that dead ends at the camp right away. This was one of the reasons why Auschwitz was desirable. All the open land and railway in place for transport. When the tour started up again, we were led into the interior where the end of the rail had an example of the trams used to transport victims. Each car was originally meant to transport 5 horses, but instead carried 80 people each. Victims were shipped in from all over Europe to the camp. Greece, Italy etc. all on the pretext of being resettled. There was just a small slots for rubbish, waste etc. to be thrown out. A lot of people died on the trip and l can only imagine having rotting flesh next to you for days.

When the victims arrived, they would get separated. Men on one side, women and children on the other. The doctor would then determine who was strong enough to work and who would go straight to the gas chamber for a “shower” to freshen up. We saw he remains of the 4 crematoriums which had been dynamited by the Nazis to hide the evidence. Each crematorium could kill 2,000 people at a time. After death, workers were sent in to collect hair and take gold fillings in teeth etc. At some point, the Nazis were collecting over 12 kilograms of gold per day! That is over 25 pounds of gold. This goes to show that it was not only racism behind it, but greed. He told us of some of the companies that benefited from the camps, including:

Our trip ended with a walk to the women’s camp where we saw the wooden beds that accommodated thousands of women and children at a time. He told us how babies were separated from mothers and fed to rats or drowned and how women were injected with x-rays to close their uterus. The barrack was so depressing, and at this point, you feel almost numb. This was the most somber experience l have ever had and l was glad when it ended.  Primo Levi was an Italian Jew who survived Auschwitz and wrote about it in “If this is a man- Survival in Auschwitz” in case you want to read first person experience.

Should you visit Auschwitz? Or should you stay away with all due respect?  Only you can answer that, but l think the answer is yes. I think it is a good idea.

Things to keep in mind on your Auschwitz visit:

Virtual tour of Auschwitz concentration camp can be seen on this page.

How does it feel like to visit Auschwitz and Auschwitz !!?

Our feelings after visiting Auschwitz were sadness, weirdness and tiredness. It drains you and it definitely takes a while to shake the experience off. Once back at the apartment, we didn’t feel like going out and instead got some kebab from the cafe downstairs and called it a night. 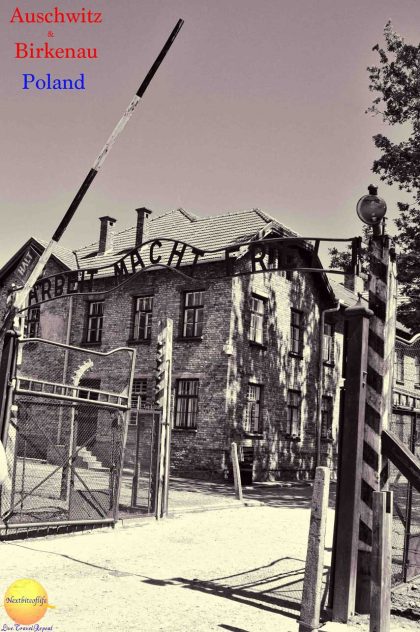 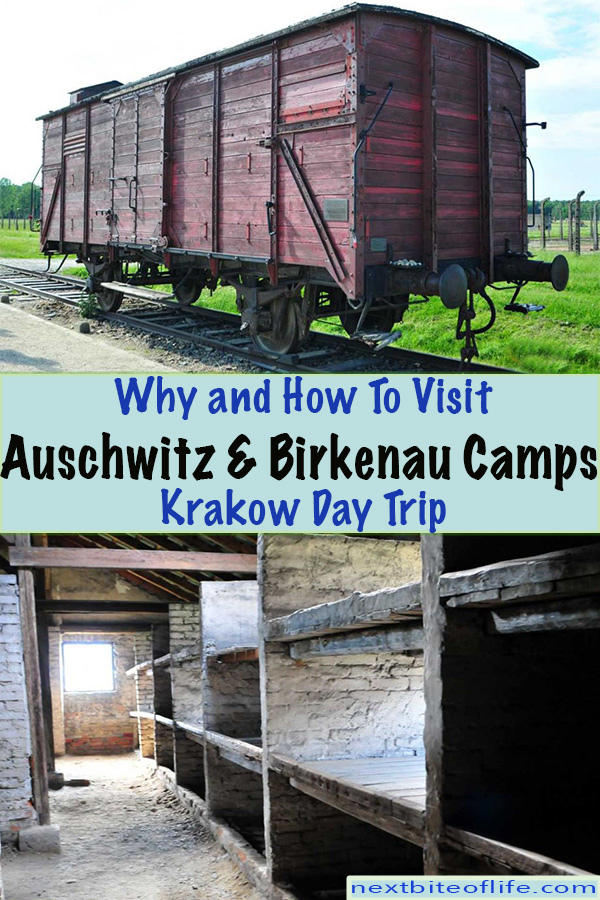 Have you been to Auschwitz? If so, what was your experience like? Would you recommend it as a place to visit on a trip to Krakow?