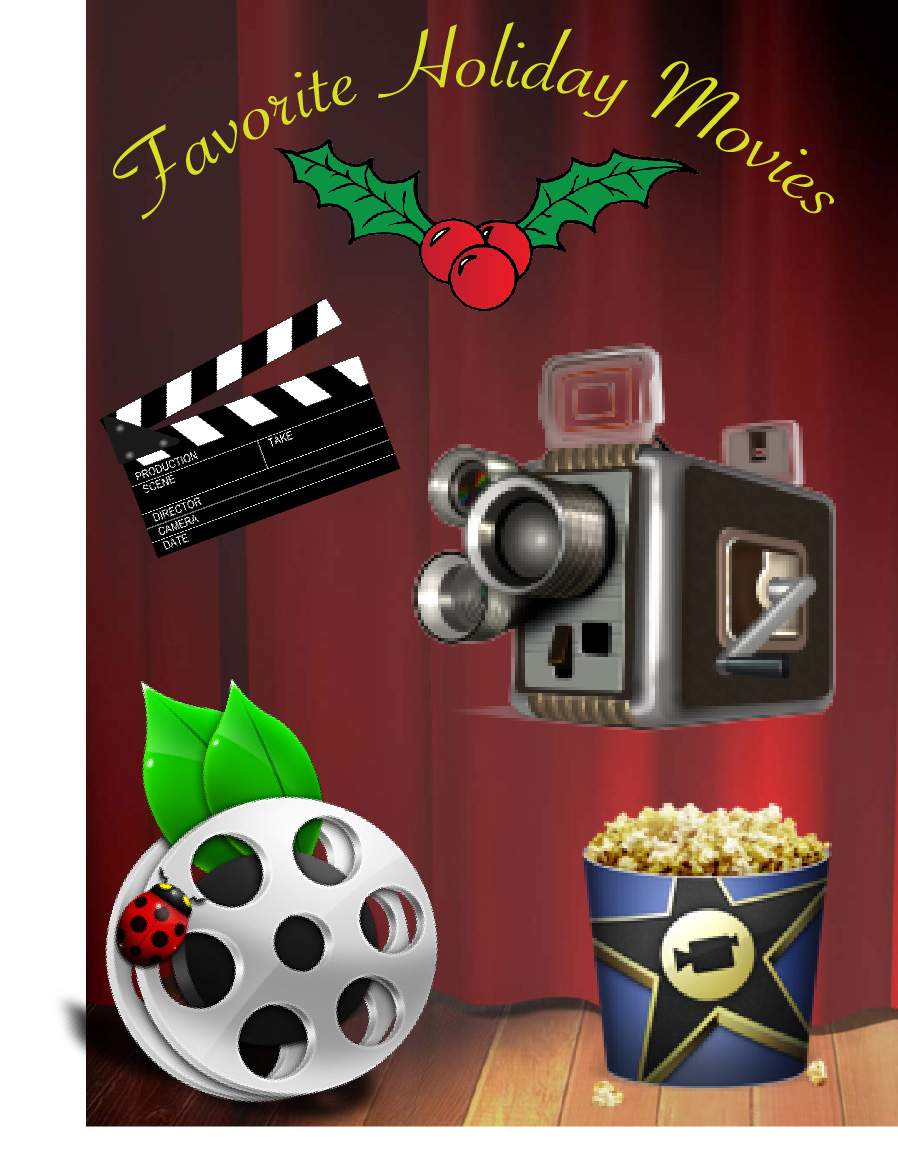 I am officially adding Love Actually to the list. The more l see it, the more l love it. I still stand by the original 5 because they never get old :-).

Thinking back over the many, many, many holidays that l have celebrated, l have come to realize that there are some holiday movies that l love to watch again and again during the season. I mean every freaking year :-). My friend N. Just sent me a message on Facebook saying how much she missed  my ” forcing” her and other friends to watch these movies. Here are my favorite holiday movies in no particular order.

This movie would have to be in my top ten of all time. It’s the story of a little boy named Patrick who loses his parents. He ends up living with his Auntie Mame, a tornado of a woman with a zest for life. She is a free spirit who constantly butts head with the banker who is in charge of dispensing the fund for the boy. Great laughs as she outwits every time :-) . We see Patrick grow from a young, shy boy into a man who is torn between prim and proper (thanks to the banker) and fun loving risk taker (Mame) . I love the message of the story. Family is extremely important, and also to never give up, even when everything goes awry as it does for Mame. Rosalind Russell was a fantastic actress and she kills it in this movie. l absolutely love her in this! There have been other versions of this movie, but this is the best one in my opinion.

It’s almost impossible not to love this heart warming story of a little orphan who is sent to live with her stuck up, uppity aunt. The aunt, despite all her wealth is a miserable old cow, whose sole purpose in life seems to be  to make everybody else just as miserable as she is. She is controlling, stubborn and uses her wealth to manipulate the people in the town. The townspeople hate her but are powerless to do anything…at least until Pollyanna shows up with her “it could always be worse” cheerfulness.  Slowly, but surely, Pollyanna wins the people, as well as her aunt over. It makes me cry every time l watch it. She reminds me of myself, always optimistic :-) .

We used to watch this at our parties and it was always so much fun! I would make everyone participate. “Lonesome Polecat” never sounded better after a few drinks :-).  The title says it all. A bunch of brothers on a quest for find their other halves. Adam, the oldest goes into town and comes back with Millie, a head strong woman who falls in love with him at first glance. She is thrown into the household of seven men. Tall order, but she is quite capable. The other brothers then kidnap six girls from town…and well, comedy ensues. It’s not politically correct in this day and age but it is a great fun movie, not to mention that most of the brothers are cute too :-).

Just so you know l am not always  stuck in the past, this is one of my new favorites. Will Farrell is just awesome in this movie. A lot of times when l watch is movies, l find him a bit too much.  In this one though, he brings such a childish innocence to the role. It’s the story of Buddy, a human who is brought up by an elf. When he finally realizes it, he sets off to find his real dad in New York. His dad is played by James Caan, who was quite good in the role as a frazzled disbelieving father. Bob Newhart with his deadpan delivery is always a treat too. Mary Steenburgen again plays his step-mom, just like she did in Step Brothers (a hilarious movie!).

Eddie Murphy was in his prime in this classic. A wonderful cast of Don Ameche,  Ralph Bellamy, along with Dan Aykroyd as the yuppie, Jamie Lee Curtis as the hooker with a heart of gold and Eddie as a street hustler, not to mention Denholm Elliott as the butler. A bet of $1 between two elderly men causes the two guys to trade places. Eddie goes from being a beggar and hustler to a commodities trader, while Dan is forced to fend for himself on the streets, leading to hilarious chaos. Excellent cast, and excellent movie in my humble opinion.

I know l have left out some excellent ones. I almost put Bad Santa in there as l think it is a very funny movie, but l do have to be in the mood for it. The language is often foul and hard to stomach sometimes.

I had forgotten just how heartwarming this movie is. It gets better the more you see it. Set over the Christmas holiday, it’s actually nine little stories about different kinds of love. The love between a middle aged married couple that almost gets derailed. The love between the Prime Minister and a junior staff member. The love between a man mourning the loss of his wife and trying to raise his stepson. The cast is wonderful. Every single one of them and l think it’s a fine addition to this list.