Our Coronavirus Update And Quarantine Lockdown 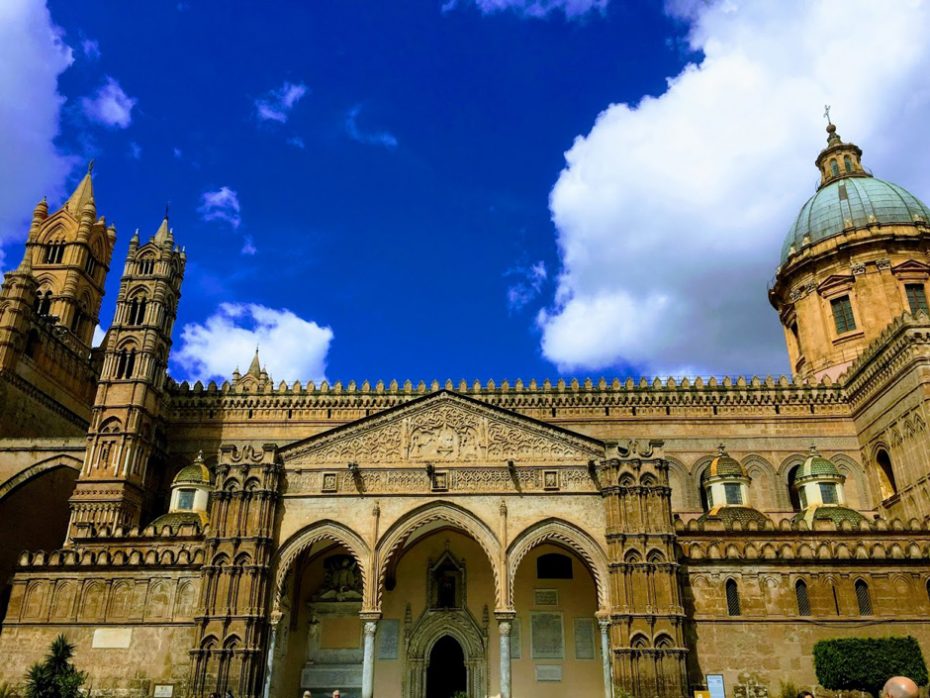 How drastically things have changed for the world in the past few days!  Fresh news rapidly become obsolete in a matter of hours as the world grapples with the Coronavirus. This has made it a bit difficult to make rational decisions. Here’s how things are shaping up for us and the rest of the country as of today, how we made our way back and what we’re up to as the world tackles Covid-19.

Our Coronavirus Update And Quarantine Lockdown 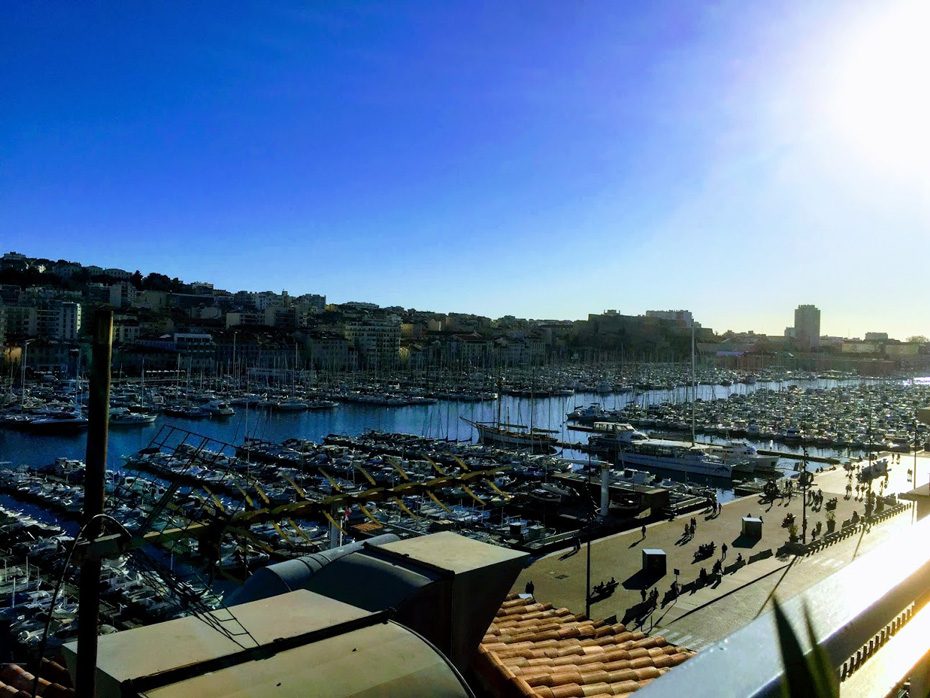 On my last post, I told you all about how we decided to keep our travel plans despite the fact that the conference that we were scheduled to attend had been cancelled. Almost three weeks in Sicily sounded ideal. There had been rumblings of things taking a turn for the worse in Italy at that point and l wondered if we had made the right decision. I wrote the post while in Palermo enjoying the food and sights. I didn’t watch much TV but could tell from Facebook that the hysteria was really growing by leaps and bounds, but no quarantine yet on the island, only in the Lombardia and Veneto regions which were faraway from us.

We left Palermo a few days later, planning on coming back there after we had spent about ten days in Catania. Guides from the island and a few companies had set up a rough schedule for things to do for the days the conference were to have taken place, so we weren’t very worried. We scheduled five nights at an AirBnB close to the Duomo and right in the centre and we were pleased with it overall, save for the useless internet connection (it was an old historic building with insanely thick walls and even with a wifi booster was inadequate). That’s why it took a bit of time to answer questions and emails to us.

Quarantine catches up with us in Sicily:

Everything was fine the first day, but by the second, Sicily was in lockdown mode as well as the whole country. The already thin crowds were now a trickle. We were the only diners at the awesome restaurant we found walking around, so you can just imagine the portions and quality. Chatting with the young waiter who turned out to be a chess champion (would not have imagined that from the neck/body tattoos) who had been to Valencia for a competition, we heard first hand how bad things were getting for the small business owners who depend on the tourist dollars.

The shop hours had been reduced from 6am-6pm starting the next day, including restaurants. We bought some Arancini to keep in the little fridge and have for dinner.  We didn’t take any pictures, and took very few the whole time as there were more cops than people for the most part. Everyone seemed to be in a kind of shocked surprise. With the reduced hours, I started thinking perhaps we should get new flights out of Sicily, either that or work our way back up to Rome and stay with his mom to ride out the rest of the time and then leave from there. 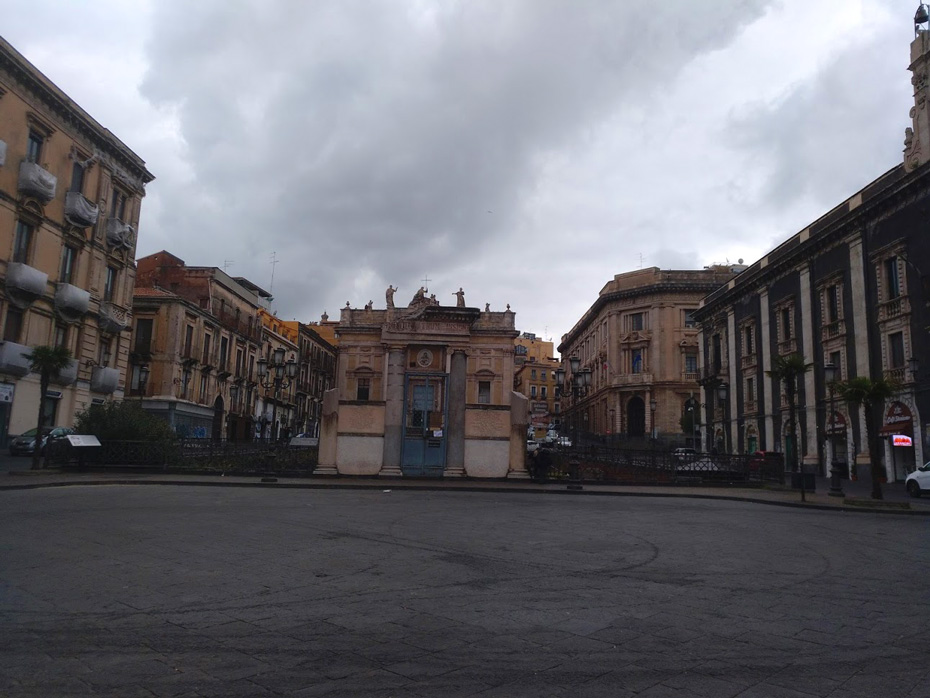 I ultimately nixed that idea for three reasons. One, I don’t speak Italian and unlike Spain, you can not change the language on the TV for instance. That’s a lot of hours for me not to be entertained. Second reason was the fact that his mom is going to be 70 this year, one of the risk groups. I didn’t want to inadvertently give her the virus if we were carriers or get it from her either.

The third reason being that much as l love my MIL, tight quarters is still that. I needed my space. The Italians believe that guests are like fish. After three days, they start to stink! :-). Federico gets frustrated at having to translate, trying to find words in Italian does my head in, and God love her, she loves to talk as much as her son does. The sister has two kids aged nine and four and a lot of shouting ensues even when they’re not fighting. They were now suggesting the quarantine would be lifted on April 3, then it became the 8th, quite a few weeks, and much too long for me.

Trying To Change Our Flights From Italy to Spain: 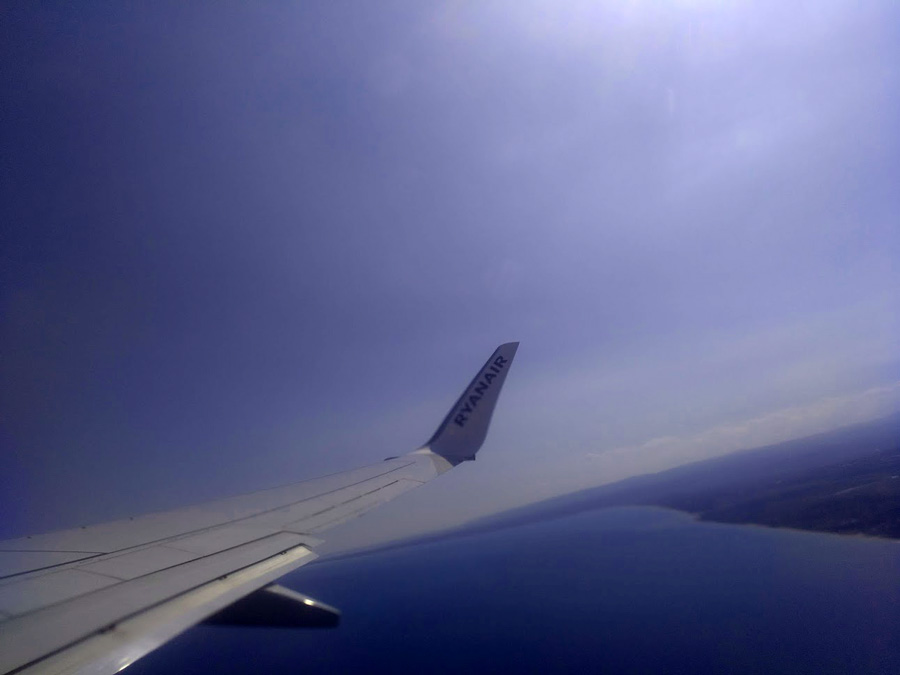 Bye bye Italy. It was short and sweet. We will get back to Sicily at some point.

The airlines were starting to cancel flights from and to Italy. The noose was getting tighter. I told Federico we had to leave and go back to Spain at this point. The last two airlines still flying were Easyjet and Ryanair. We were unable to change our flights because the flight had not being cancelled, so no refunds or exchanges. We bought new tickets for the next flight out to Madrid which was in two days time, at an outrageous price, price gouging at its finest. Cost was three times the amount but hey, c’est la vie. I was breathing easier. We would lose a couple of nights at the AirBnB but no pasa nada.

Ryanair announced they would stop flying from Italy to Spain on the 13th, and we thought..cool..we would make it out! By morning, that date had been moved up to the 11th and our flight had been cancelled. We noticed it when l tried to check us in. It was useless trying to call the customer service number or get anyone to help of course.

One of the other conference attendees happened to mention that the guy at the counter told them they were getting on one of the last flights out of Sicily till April 8th! They were leaving for Amsterdam and would work their way home from there. We had no idea where we could go since a lot of countries were shutting out people traveling from Italy. Our solution was to eventually take a cab to the airport (by now it was nighttime) and talk to someone at the desk.

The guy informs us there are no more flights to Spain. I asked what our choices were. He says Marseille the next morning was about it, or Budapest in the evening. I happen to love both cities but took Marseille since it was the first out and was definitely scheduled. Parts of Spain were in quarantine as well by now, including Madrid. We spent quite a bit of time on the runway in Catania. It was packed as people were literally leaving with no idea what was going on. The girl in the third seat paid just over double the amount that we paid for the flight! 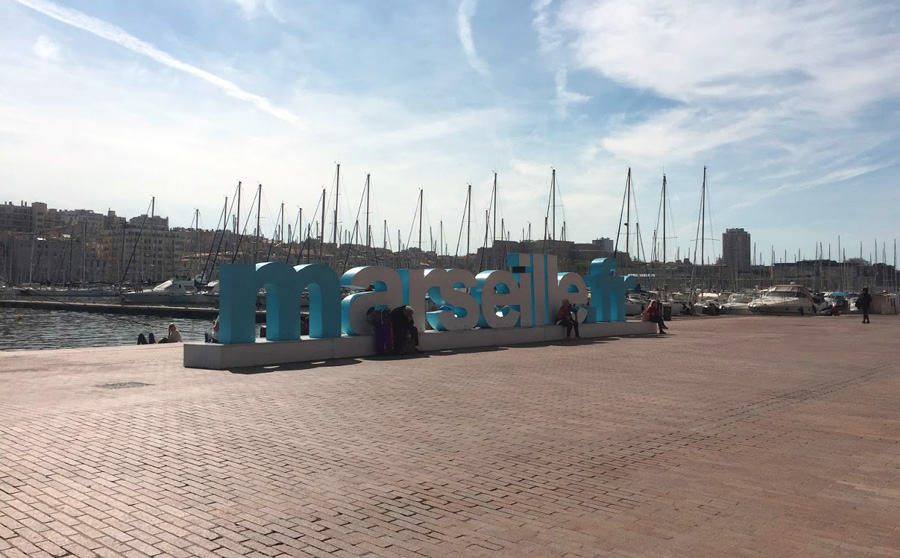 Bonjour Marseille! Thanks for coming to our rescue.

We got to Marseille without incident and checked into a hotel in the Old Port. It was refreshing to see normal life. Not a mask in sight. Another world in fact, and we might have even contemplated staying a couple of days more but after seeing how quickly things were changing, we kept our tickets to fly out the next evening at 7:15pm hoping and praying it wouldn’t get cancelled.

The press conference to announce the French lockdown was scheduled for 8pm, 15 minutes after our flight took off so we didn’t have to do the mad dash to find someplace else to go. Whew!

The Domino Effect of the Coronavirus: 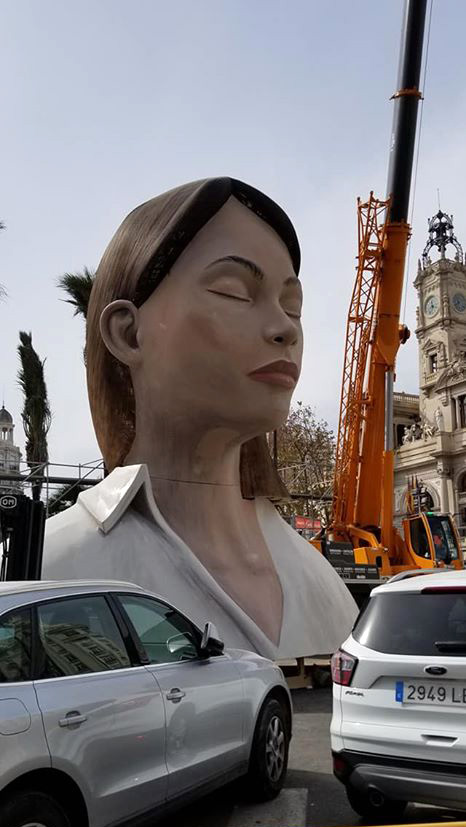 This was to have been the top half of the ninot in the main square.

Our lovely house and pet sitters had come from Portugal. The had wanted to see our amazing Fallas festival. Our coming back earlier than anticipated meant that they had to also try and move their flight up. The city of Valencia at this point had reversed their decision to go on with the festivities. All the ninots assembled were to be burnt at an undisclosed time to prevent people from gathering and the street decorations were gone in the blink of an eye. It was obvious we were heading to a quarantine.

They were luckily able to move up their flight for the day after we got back. It was just as well because Lisbon and perhaps all of Portugal is scheduled for the lockdown as of Monday so they got out in time too. Strange days indeed. 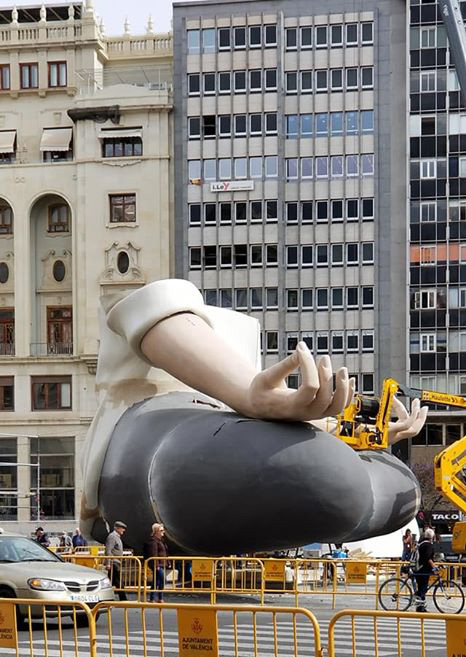 And the bottom half so you can see how immense this was to be. Many stories high. Photos courtesy of our friend Clyde Coles.

What’s involved in the self quarantine:

Everyone has been asked to stay indoors. All businesses apart from pharmacies and grocery stores are to be closed. You are allowed to walk your dogs and go to work if unable to work remotely. Starting Monday, the police can seize your car, bike etc. if caught violating the quarantine. There is also a hefty fine involved.

Surviving the quarantine: What to do:

Kane and Abel by Jeffrey Archer. The best novel ever written in my opinion. Ever. Period. Pretty much anything by him is great.

Chances by Jackie Collins. Classic. All the other sequels to the story were crap though, so you can’t say you weren’t warned :-).

John Sandford and the earlier Prey series. The first, Rules of Prey is insanely scary good. Those should get you going. Sorry l don’t have newer novels but l’m a firm believer in rereading great books than sucky new ones.

At 10pm nightly while we are in lockdown, the citizens get out on their balconies or lean out the windows and clap wholeheartedly in support of the men and women on the front lines. Paramedics, doctors, nurses, pharmacist, grocery workers. Everybody. It’s good for morale. 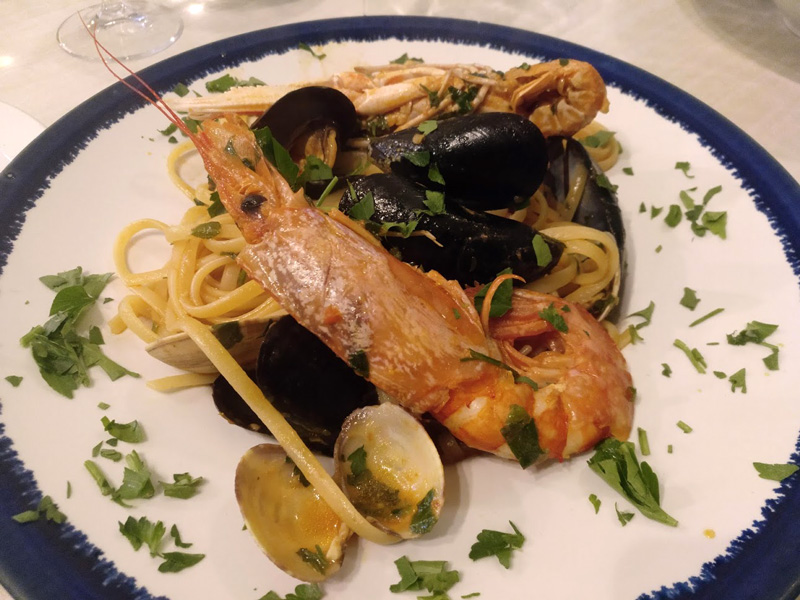 A post without food? No way! We worried while we ate. 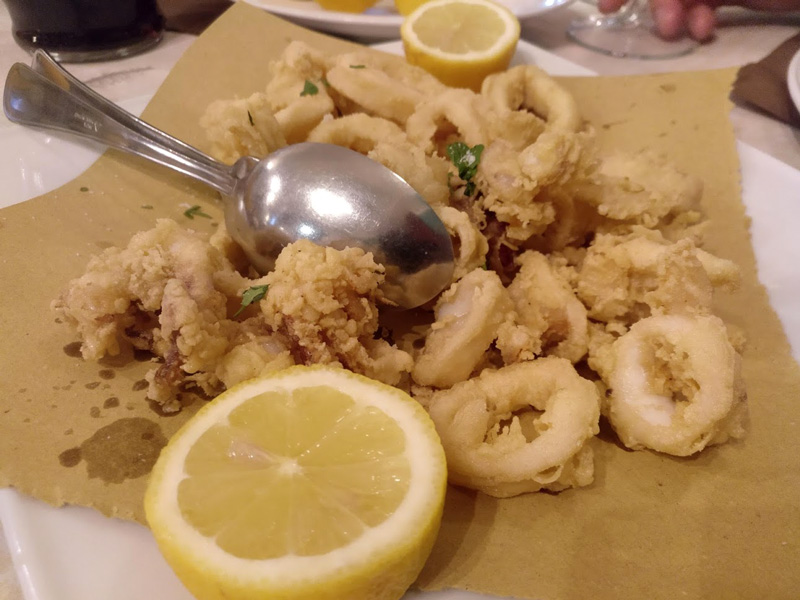 I could eat fried calamari everyday, both of us could.

Would I have done things differently?

Nope! No regrets. I would have done exactly the same thing. I am still of the belief that yes, the Coronavirus is serious, but the mass hysteria is worse. The repercussions will be coming soon enough, and so many industries will be obliterated. I sometimes wonder if the panic caused by this is because this virus takes no prisoners. It does not discriminate between the rich and poor. Scares the crap out of people doesn’t it? Rich doesn’t mean just the 10% either.

I will leave you with this video song from one of my favourite singers for eons. I always remember it when l think that life sucks. Listen to the lyrics. Remember the story of Bert and the piano because someone may have planned for you a music lesson.

Are you afraid the quarantine will reach you wherever you are? It’s pretty much everywhere so it’s simply a matter of time. How does it make you feel?