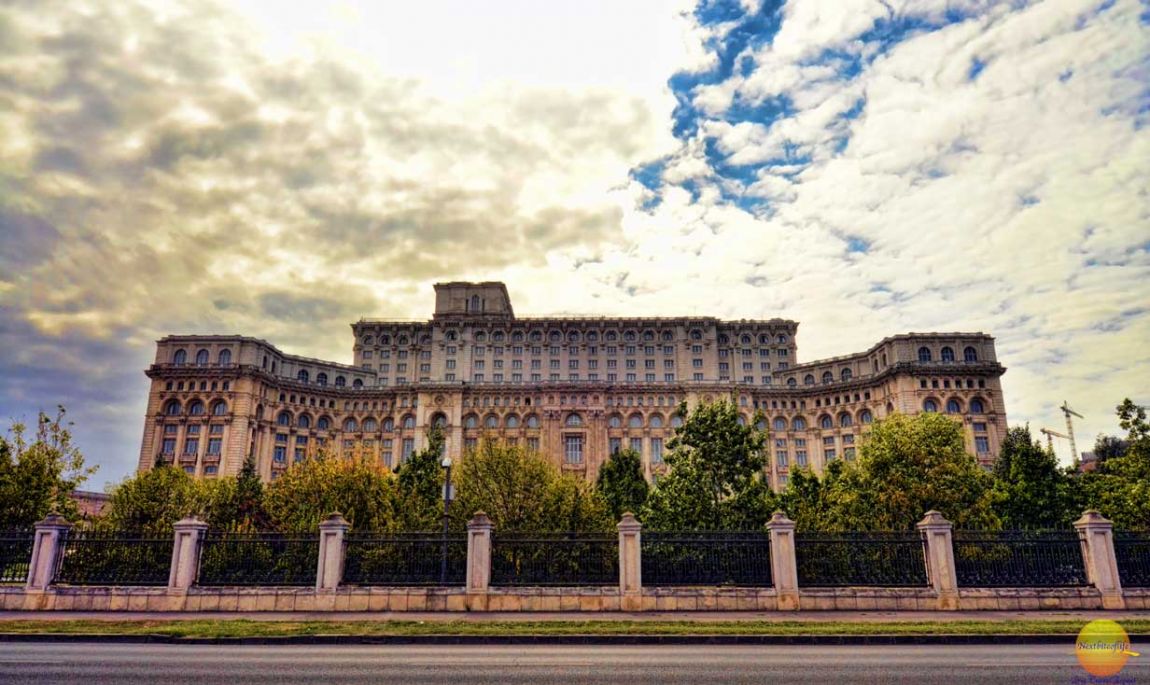 The Palace of Parliament in Bucharest is definitely one of the places to visit on any trip to the capital city of Romania. It is one of our favorite memories. Granted, I was not impressed with the building from the outside. It is pretty imposing, and you almost get a sense of foreboding, thanks to the bland stone color. I’m pretty sure it was by design.

What l would like to call a “dick move” by the then leader Nicolae Ceausescu, the ultimate showoff to other tiny little dictators of the world. He got denied the chance to show it off as karma caught up with him and was executed before completion of this masterpiece. The palace of parliament tour was just over an hour long (abridged version thanks to a NATO conference), but it was very interesting and l recommend doing it. 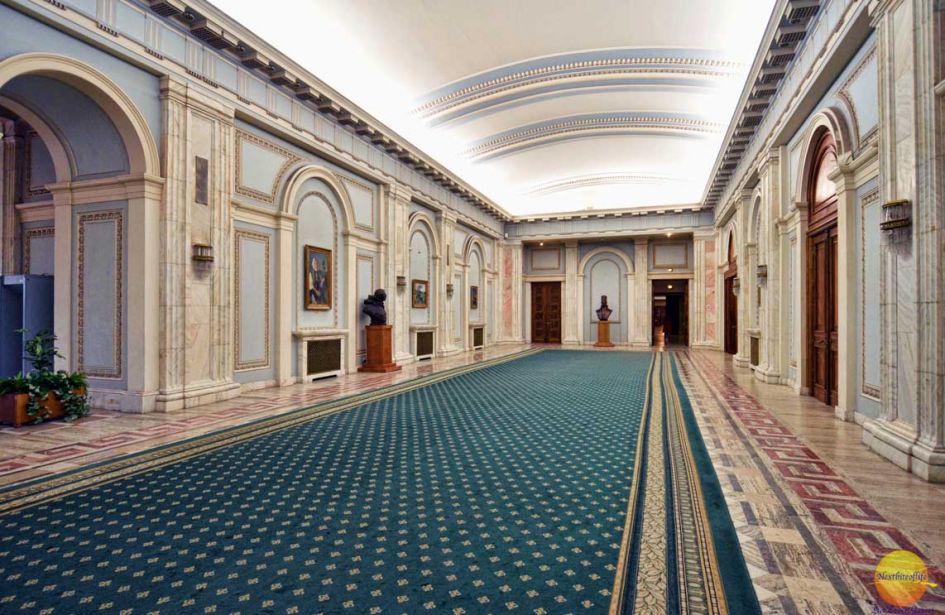 Your first view, this magnificent hallway with busts of various past leaders.

We were lucky that Calin had booked the tour in advance for us as stated in the Bucharest Guide post, so once we paid the entrance fee, we had just a few minutes to wait before our tour started. You definitely have to book ahead so you get into the right group. There is a minimum number of people required, I think 9. Some of the other languages offered in addition to English were German, Italian and Romanian. Our guide, a plucky little woman who spoke rapidly was quite knowledgeable and moved along at a brisk pace. 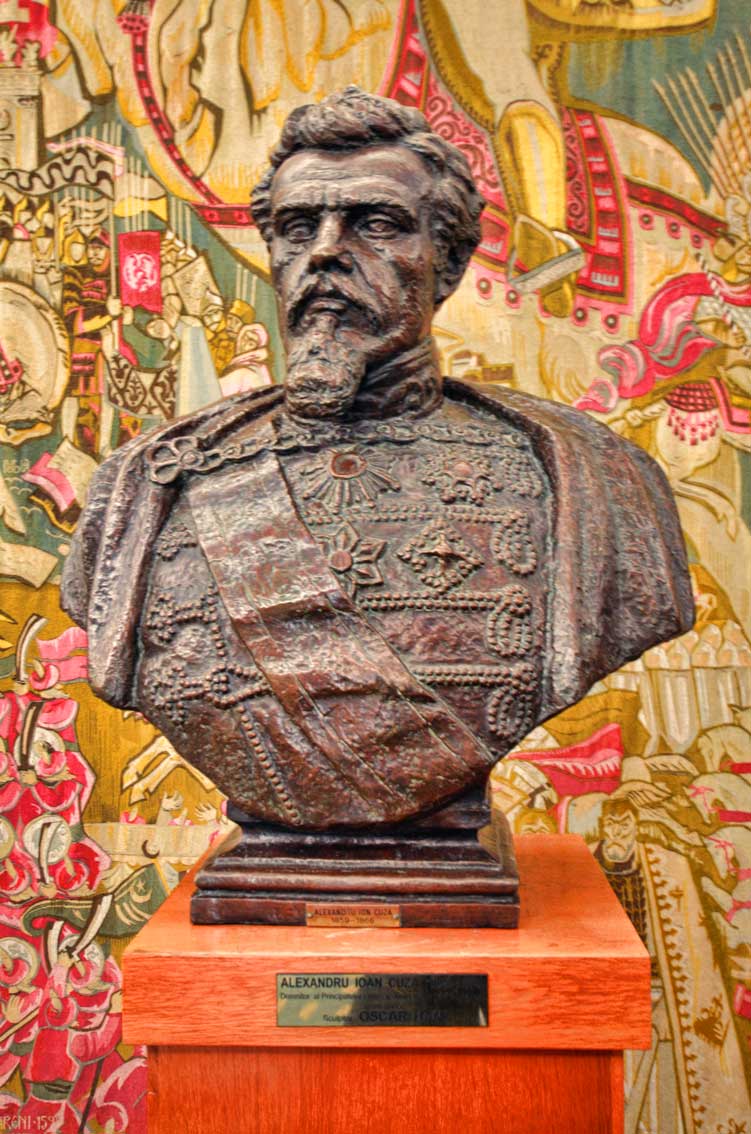 He was a handsome devil wasn’t he? Alexandra Ioan Cuza was also the Prince of Moldavia. He was instrumental in the modernization of Romania after the Revolution of 1848 in Moldavia. 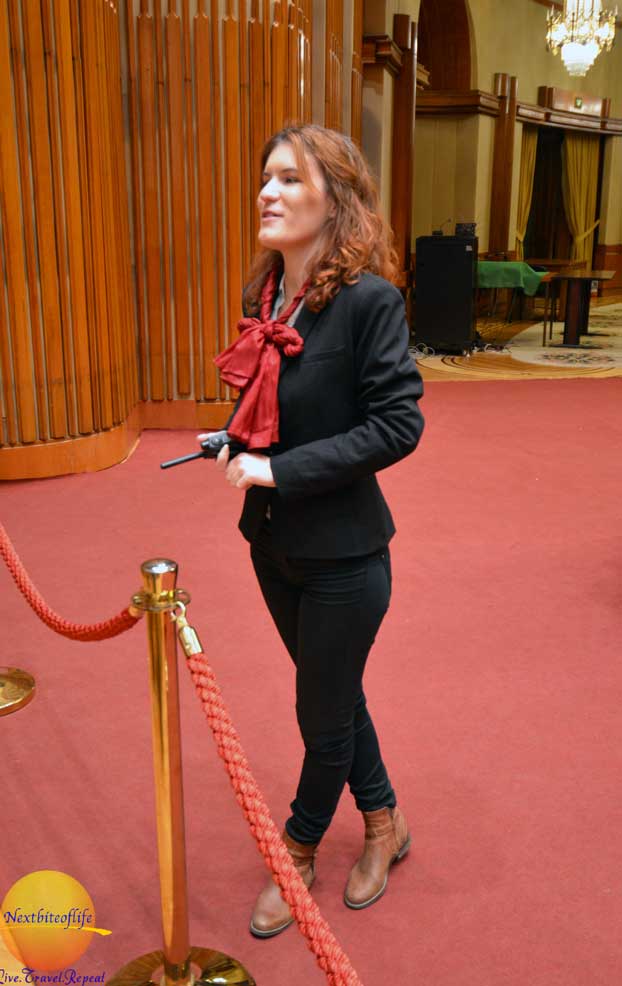 Our knowledgeable guide for our parliament tours. She looked stern at the beginning, but was actually quite friendly. 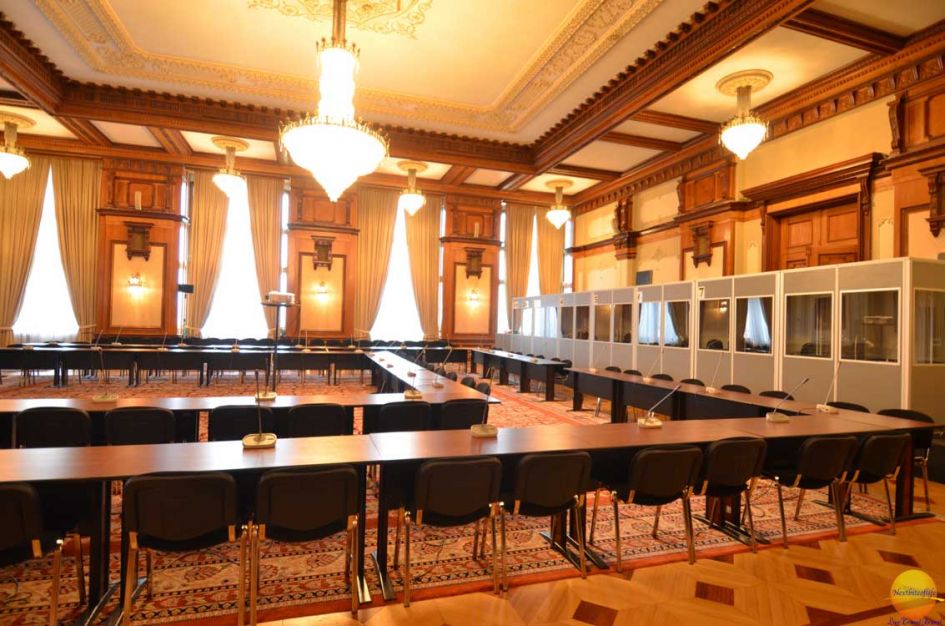 Check out the size of this rug in the press room at People’s Palace Bucarest. 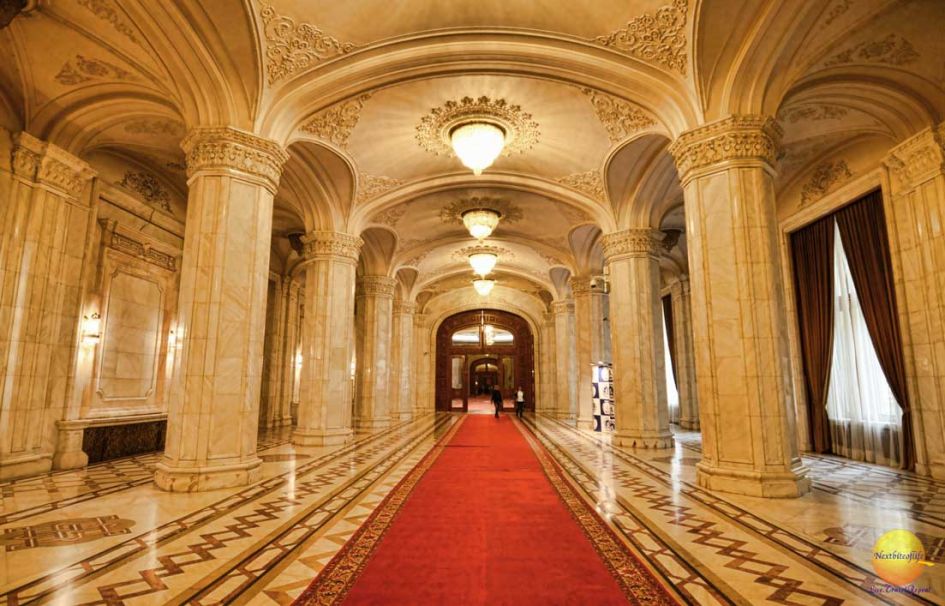 I kept picturing a royal wedding taking place at the Romanian Parliament. It is simply magnificent and totally worthy. 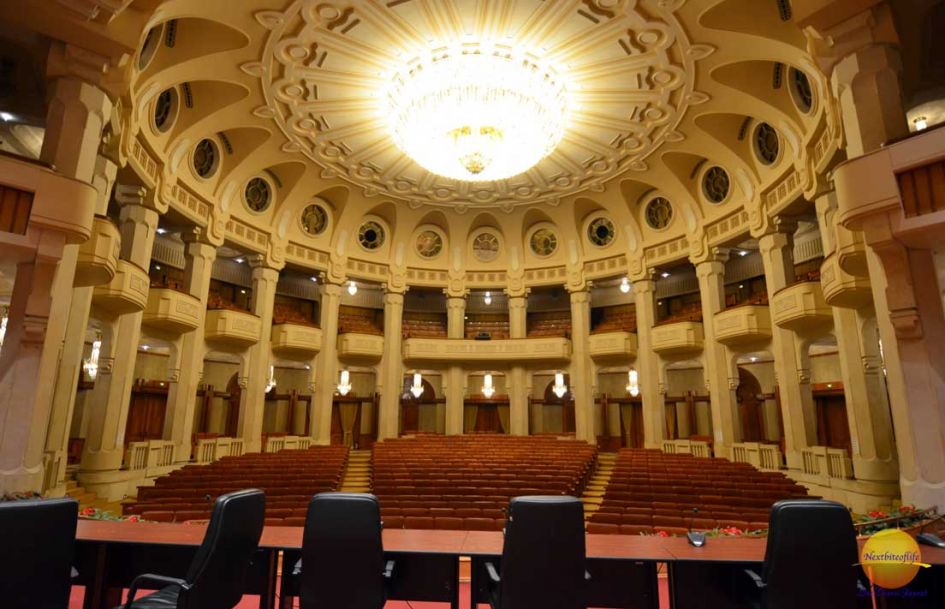 The biggest chandelier of the beautiful palace of the parliament. It was massive and just glowed. 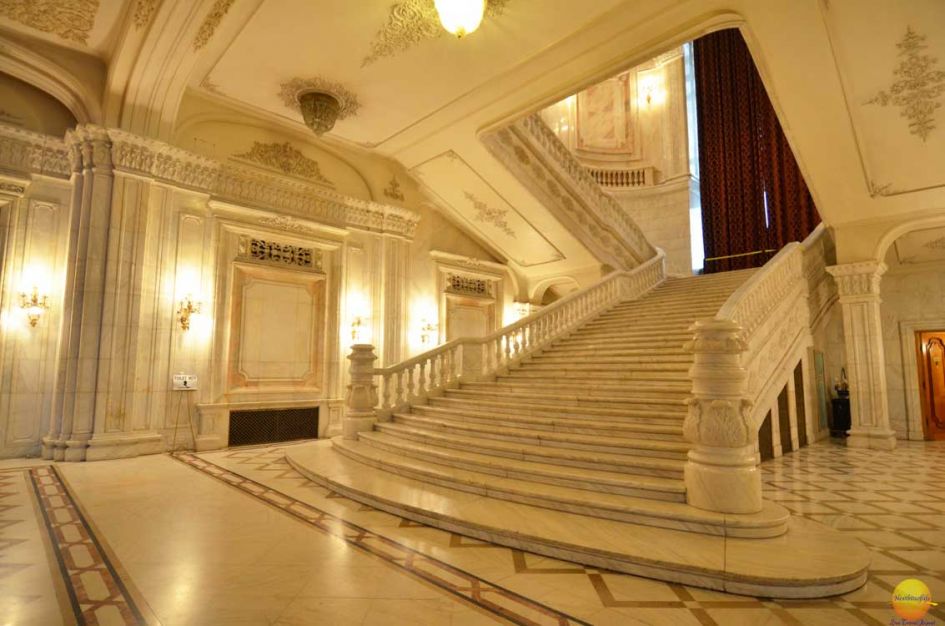 Bucuresti Romania Parliament. See what l mean about the stairs? :-) . Those drapes were more than 2 story tall. 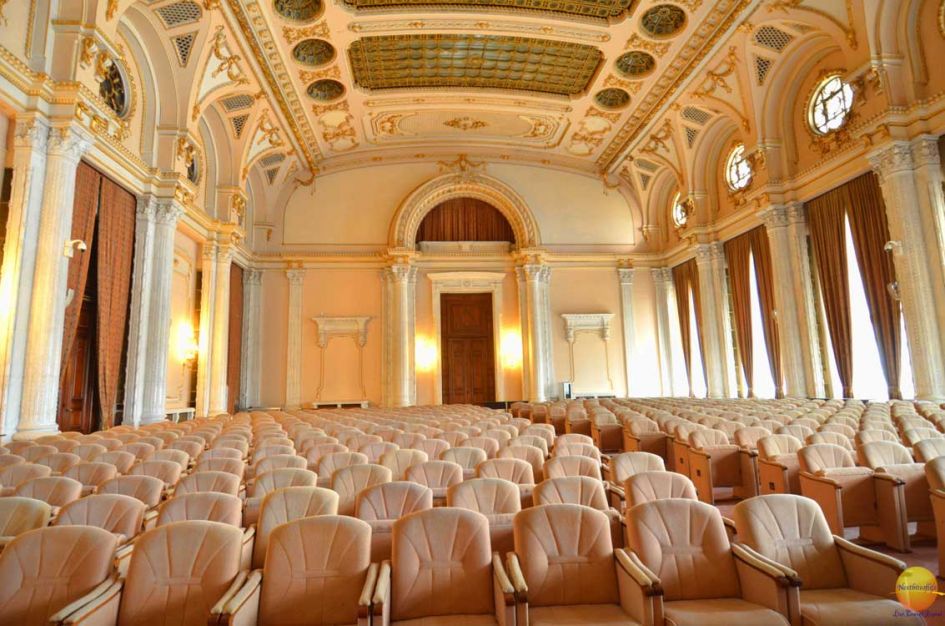 What to do in Bucharest includes a visit to this ginormous parliament. I certainly wouldn’t mind having this in my house to watch movies :-)

For visitors who don’t have their very own C. the Romanian to guide them, we recommend doing a tour with GetYourGuide as we found them excellent on our tour of Auschwitz and would definitely use them again. The website to the palace of parliament is here if you insist on DIY. Make sure to inquire if there are events happening that might hamper your visit. 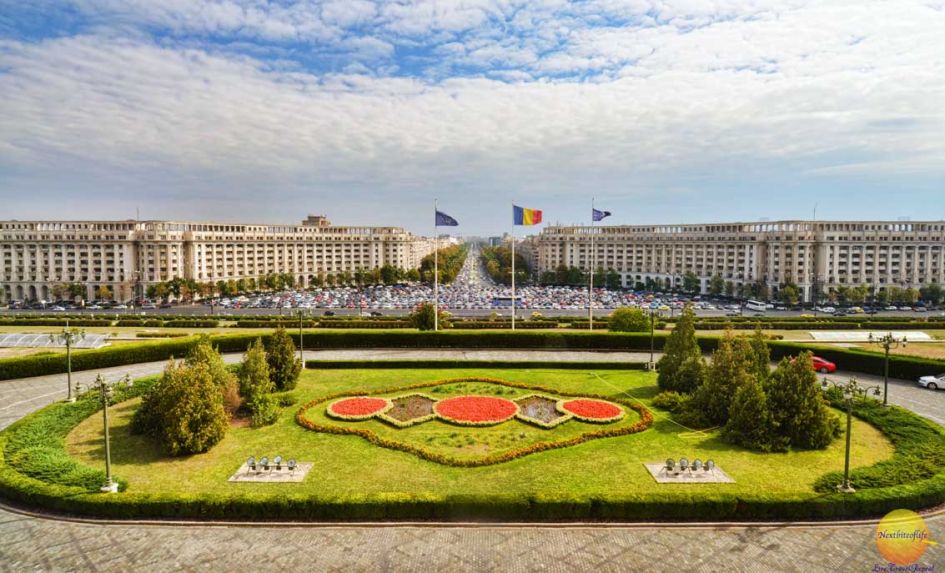 Perhaps the most beautiful view of all. From the balcony of the Bucharest Parliament in the magnificent capital of Romania. We would love to go back!. 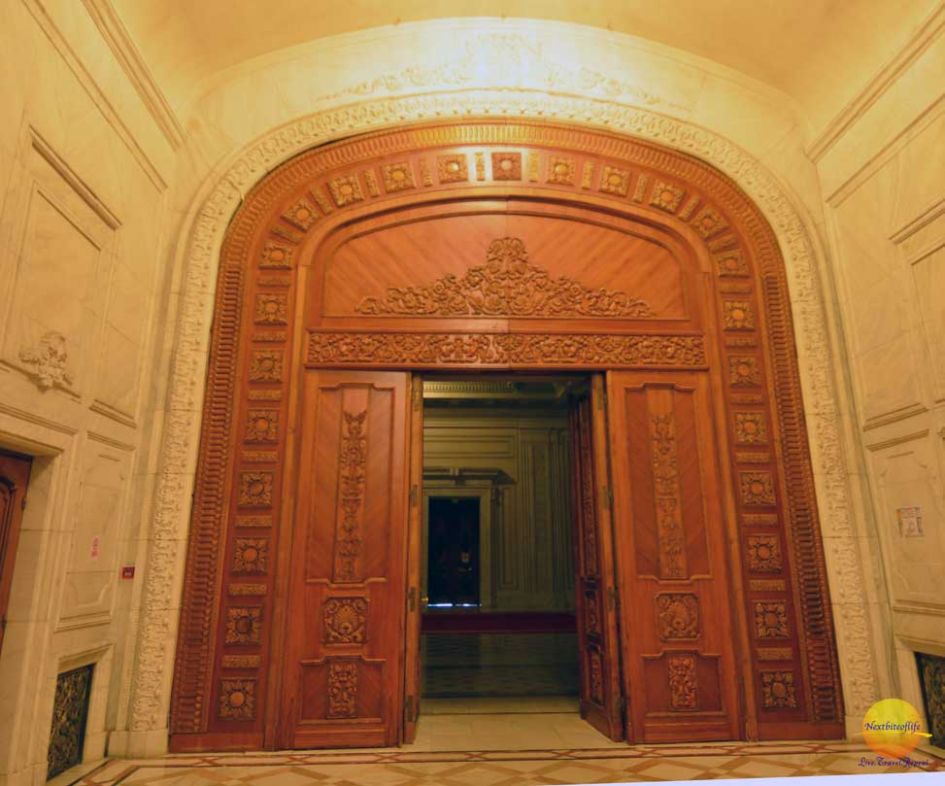 The intricate carvings on the doors had to have taken a long time. They were massive. 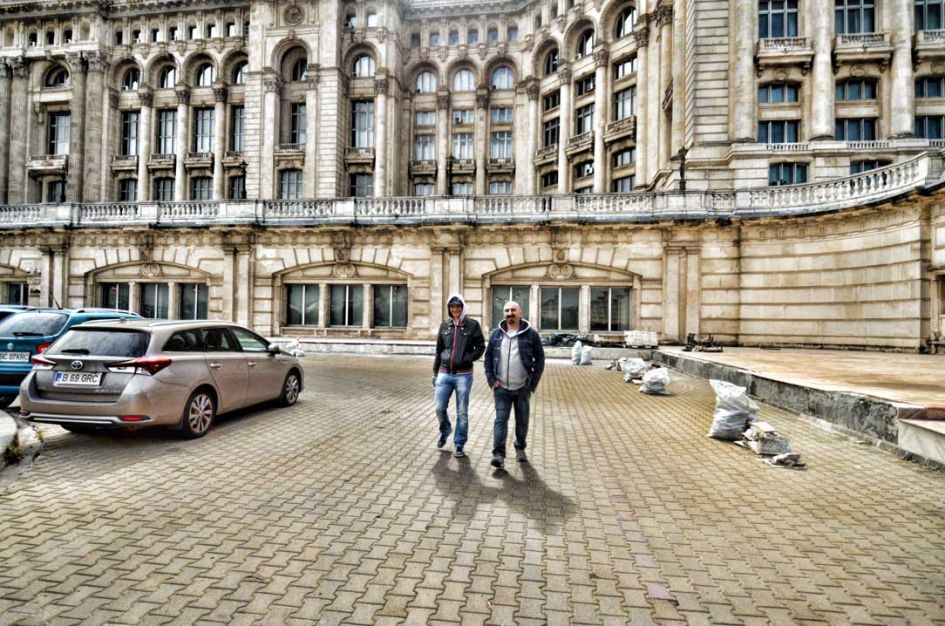 Sharing a laugh on the way out. It was a brisk day indeed. The palace of parliament is one of the best things to see in Bucharest, Romania capital city. 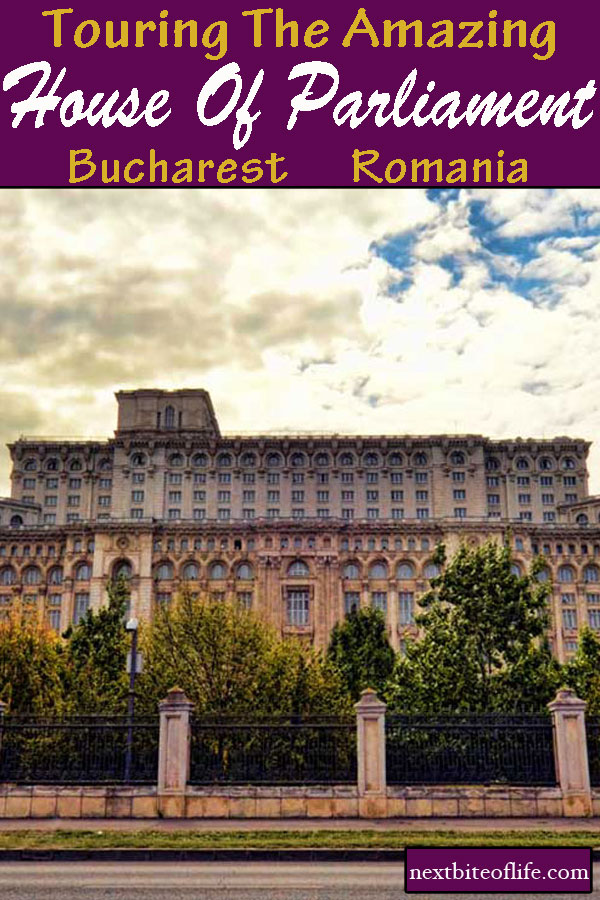 I couldn’t help but remember when the revolution took place and Ceausescu, along with his wife Elena were captured and sentenced to death. I dug up the video recently to watch it again and l can see the joy of the people in the fact that the reign of terror was ending. I kept trying to figure out if the soldier in this video was crying at the hearing because he was relieved or because he sympathized with them. If you’re sensitive, don’t watch this because it shows them being shot. It felt surreal being at ground zero. Never in my life would l have pictured visiting a place of history such as this.

Nicolae Ceausescu never got to see the completion of the palace as he was executed on Christmas Day in 1989. He was the second and last communist leader of Romania. You can definitely still see the growing pains of the country, but they have come a long way and things can only continue to get better.

We are so far loving our discovery of Eastern European countries such as Budapest and Poland (Krakow specifically). Hopefully, we will get to some more of them this year.

The parliament palace tour is worth it and should be part of your Bucharest itinerary. The history is fascinating and shows you one of the examples of a mind of a mad, narcissist despot who cared nothing about the very people he was supposed to be serving. 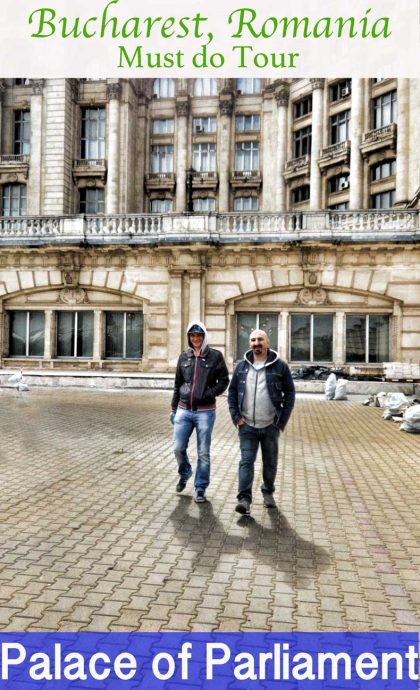 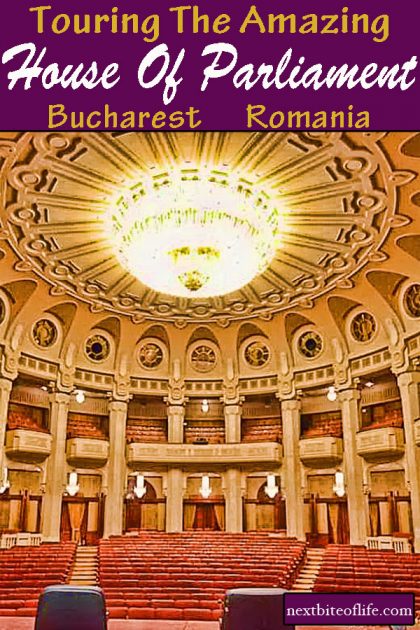 Have you been to Romania? If not, does the fascinating history entice you to visit?