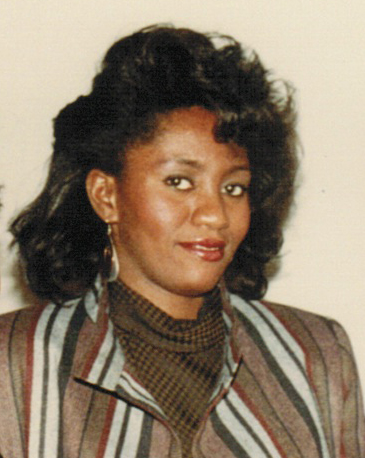 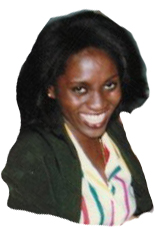 As the day draws near that l mourn the passing of my immediate older sister, there is the mixture of joy and sadness that washes over me whenever l think of her. She lost her battle with lung cancer on the last day of January 3 years ago. It is still very hard for me to grasp sometimes, but time does heal wounds, albeit slowly, that is for sure. The first few days, l was outside of myself. She was just 4 months shy of her 49th birthday.

She had 3 children, she had worked as a teacher’s aide and had horrible insurance. I didn’t even find out she was sick until during her first round of chemo. I’m sad to say we were not on good terms then, and she didn’t think she could tell any of the family. She was a headstrong one. My brother had visited her one day just shortly after she started chemo and noticed all the leaflets about cancer in her apartment. He immediately called me and l confronted her. All our old quarrels quickly fell by the wayside. In solidarity, l chopped off my hair after she shaved hers off (not that l was goldilocks to begin with!). She insisted on doing things for herself, right down to driving herself to chemo and going right back to work afterwards. She had the mastectomy and was cancer free for 2 years.

Then one day, she coughed, and everything changed. The cancer was in her lungs. Chemo, Radiation, lots of pain and suffering, lots of money out of our pockets. Lots of care from the hospital. End result was death. She never complained, and believe it or not, the only medication apart from the chemo drugs she ever took was Naproxen. The doctors would give her prescriptions for pain killers, but she was afraid of getting dependent on them. In the end, when the pain got too much, she finally started taking the liquid painkillers. She was deeply religious and never complained. No why me? was uttered. Only once she asked me if l thought maybe food might have caused it? I had no answer, l still don’t, except that she drew the short stick. We spent time reminiscing about our childhood. I think in her heart, she really believed she would survive that cancer as well. She was worried about her youngest son, who was 14. I should mention that my father died of colon cancer (mercifully a relatively short battle) and various uncles and aunts died of the big C in one form or another.

Her death made me realize that l really needed to make changes in my life. I had talked about early retirement and traveling since l was a kid, but yet we were living the life of settlers, locked in to the mortgage, the cars, the daily grind. This spurred me into action. My husband and l decided to tackle our debt seriously, and make our dream a reality. It took us almost 3 years to get out from under, sell everything, rent the house and move from Texas. We had been living in L.A prior, and yes..l was tired of the Hollywood life, but l had been there almost 20 years and would probably have stayed. I wasn’t sure why l moved, whenever anyone asked, l would just say it was cheaper out there, housing wise. I would like to think that something made me move there so l could be there for my sister when she needed me most, since the rest of the family are back in Africa.

There was really nothing left for us there anymore after her passing, everything reminded me of her and l was glad to get away as l found myself sort of depressed,angry and prone to teary outbursts. I could reel off like 500 people that deserved to die instead of her, all the scumbag rapists, child molesters, dictators etc. who did horrible things and got to live till a ripe old age, while she, who never drank, smoked, cursed etc. was taken in her prime. I was finally able to sleep well once we moved. I needed the distance. 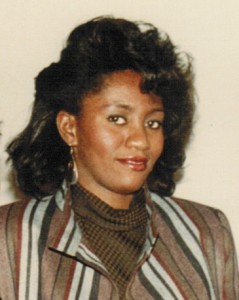 Life is short. So far, l am in good health. It took me another 2 years to get the courage to get my mammogram, despite urging from my sisters and husband. i just didn’t want to know. Let’s hope it stays that way. I have also gotten used to my follicle challenged dome! Did l mention that after her rounds of chemo, her hair would grow back like tumbleweed while mine never did. I wore a wig for the last few years, but since we moved to Malta, l have gone wig free. Sure saves me a lot of money, plus we sometimes get those mighty winds blowing from North Africa, l’d hate to have the wig blow off and hit someone in the face.. (it would be funny, at least to me, because l’d chase it, those wigs cost a whole lot ofmoney!). I’d like to think it was her last playful f**k you to me. I laugh when l rub my head, which is often and it makes me think of her, which brings a smile to my face.

4 thoughts on “The tragedy that triggered my early retirement”