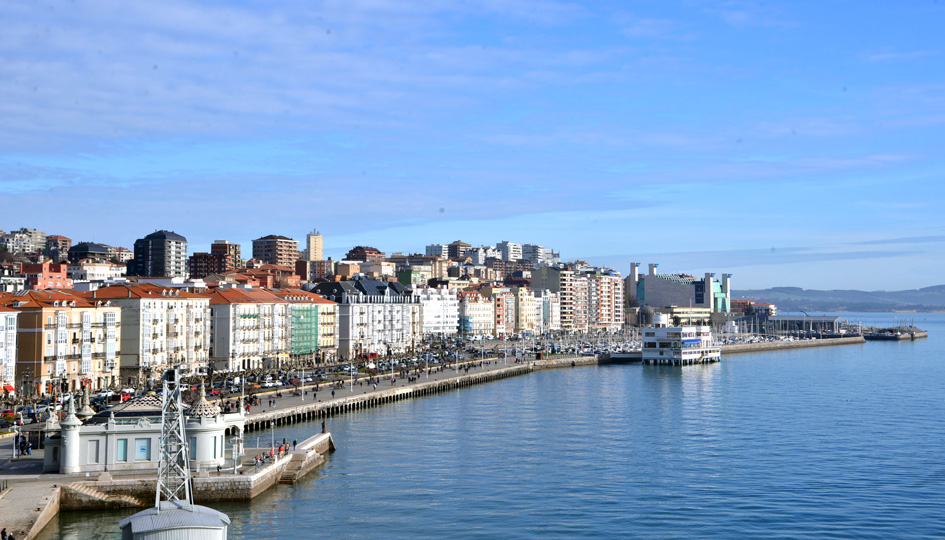 Winter in the north of Spain sounded like a good idea when we started planning our first trip of the year and nailing one of our wishes to see more of Spain.  It was to be a welcome change from the mild weather we were experiencing in Valencia. Snow sounded good. Imagine my surprise arriving to mid sixties temperature and blazing sun. I’m just glad l didn’t bring my big winter coat. Here’s what to see and do in Santander.

Santander is a beautiful port city. This capital of the Cantabria region of Spain is smaller than Valencia, both in size and population, and is good for a two day stay at most to see and enjoy what the city has to offer.

There are not too many highlights and it only reinforces the fact that we chose well with Valencia. If you enjoy the beach, you could easily add a day or two as the Sardinero beach area is quite popular with travelers in the summer. We didn’t visit there because it holds no interest for me. We have spent the time eating, and wandering through the streets.

Santander reminds me of so many cities. It reminds me mostly of Marseille (not a big reveal since they are both port cities) with a dash of Copenhagen, Amsterdam, and San Francisco or Porto for good measure, thanks to the hills, something l never imagined. Not so bad going down, but quite a bitch walking up :-). Looks like the city is busy making changes by building escalators for people to ride.

Santander also reminds me in a way of Bologna, Italy in that it seems to be a popular destination with Spanish people, and not so much foreigners. This is good in a way as you really get a feel of real Spanish life.

The biggest Santander attractions, apart from the beach:

Located in the center is this very cool and modern building that reminds me of the City of Arts and Science in Valencia. The building doesn’t touch the ground, but rests on pillars and columns. Art exhibitions are held on the main floor, but the best part are the stunning views of Santander from the top, and that part is free! There is a charge to visit the musuem, I think about four euros. Visiting in winter meant no big lines. We had the place practically to ourselves. I highly recommend doing that. The bottom floor has a big cafeteria with amazing views of the water and the mountains. The Pareda gardens are a nice compliment to the building.

We didn’t get a chance to see the interior of the building as there are renovations going on that we could see. I wasn’t too keen anyway, but l can imagine it’s a nice one, just like many we’ve seen before.

Well, what can l say? Santander is great for shopping. It reminds me a little of the Larios area in Malaga, only much bigger. In addition to the promenade with loads of shops, there are pedestrian only areas that seem to run for about a mile lengthwise and there are like three streets, so maybe three miles of shopping in total on one side, then there’s the side with even more shops! We really enjoyed meandering with the crowds who seem to still be in a festive mood. A lot of small businesses with very few chain retail stores.

In addition to the central market much like the one in other cities where you can buy fresh fruit and meat, this one is similar to the mercado de San Miguel in Madrid where it’s all cafes and tapas. Very nice.

The food in Santander is quite good. We found the most amazing Tex Mex place close to our AirBnB flat (went twice), which was fantastic by the way, and one we highly recommend as it’s in the old town, but a residential part so it was very quiet and it had just been remodeled and the host couldn’t have been more welcoming. Everything pretty much was walking distance, save for the beach.

Frida Street Food had the best chili con carne l have ever tasted… ever. The burrito, and chili burger were so good too. It was also refreshing to have margaritas that were freshly made, not frozen. It’s been much too long. The menu is pretty funny too. They had the tacos de la muerte (death tacos that are insanely spicy), and the roulette tacos .. a meal of 5 tacos that would either make you laugh or cry. We had the medium salsa and it was very spicy already, so skipped the death.

We also ate twice at this restaurant, La Gloria because it was cozy and the food delicious and hearty.

The diet is mostly seafood, which worked for us , but these two places were the standout ones.

Could we live in Santander?

Not for me, much as l like the city. It’s just a tiny bit on the small size, and those hills would wear me out after a while, pretty as they look.  Some of the streets have these escalators that people take to get to the top of the hill. This one had two levels, so you get off on one street, or take it up the next level and then walk the flat part to your place. I can’t even begin to imagine what it must have been like before they put these in.

Next up is the city of Bilbao, and from the first look.. yep! I could live here :-). 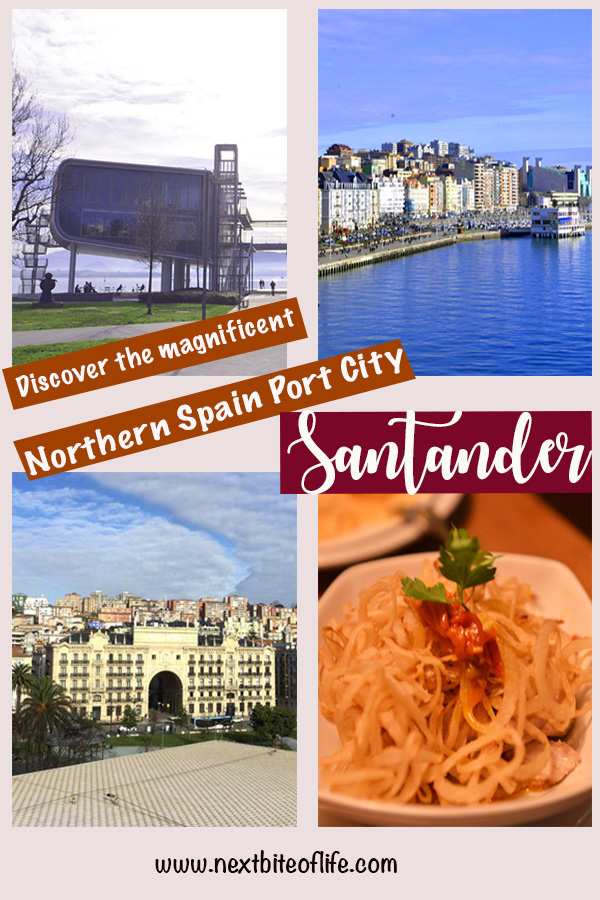 What do you think of Santander? Would you care to visit it? Or would you stick with popular destinations like Barcelona and Madrid?