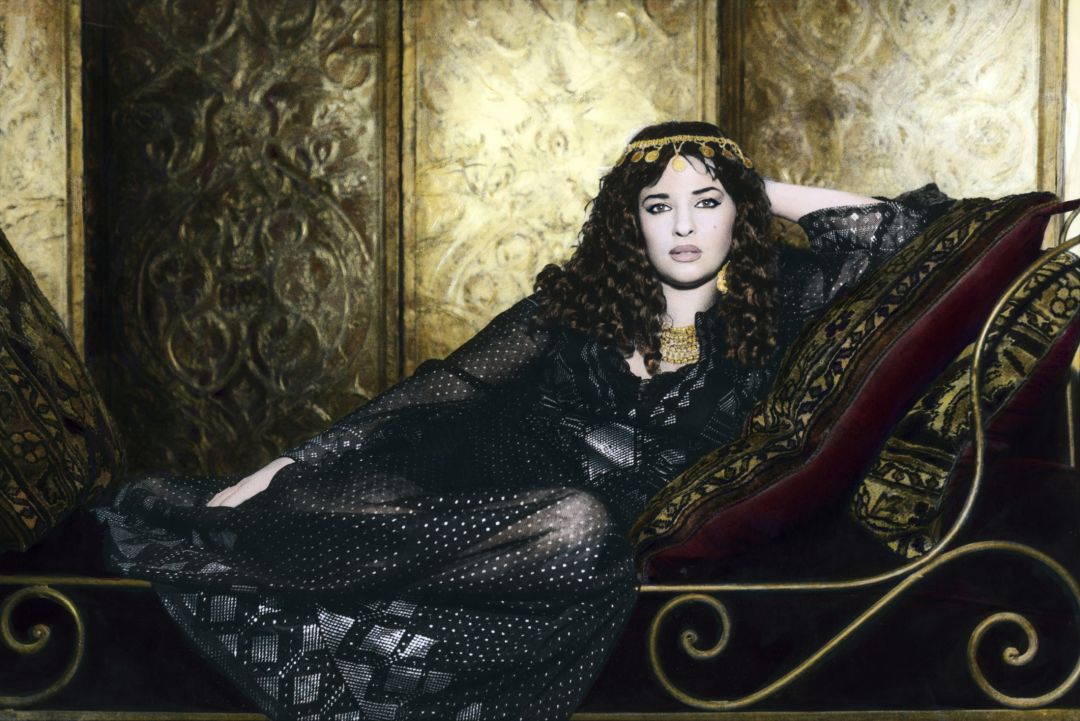 Natacha Atlas music is my go to when l am feeling romantic :-). Having just come back from Marrakesh, l really felt like listening to her, and not just for the nice memories of the vacation.

Natacha Atlas is a fantastic singer. Her voice is both sexy and hypnotic. You might have heard one of her songs in Sex and the City 2, Die another Day,  and The Hulk movie among others. She makes you dream of Arabian knights and Arabian nights :-)

My first contact with her music was through one of my favorite groups, Transglobal Underground. That link is to one of their songs that highlights her unique style. She was the lead singer and belly dancer, which l found quite interesting.

It’s hard for me to separate the solo artist from the group.  She learnt Arabic, Spanish and English in addition to French when she lived in England, after her parents separated. Quite a feat in itself!

If you are not familiar with Transglobal Underground,  you need to check out their music if you like world fusion. Her voice was so distinctive, l had to find out more about her.

She went solo in 1995. Natacha Atlas’ music is a combination of Arabic and Western influences. She sings in English, Arabic and French. She herself describes her music as “Cha abi moderne” (modern popular music).

You can hear electronic, hip hop, drum, reggae all mixed together. Quite the potpourri, with a very interesting and seductive end result. She even has a bossa nova influenced song that is cool. I also love her version of “A man’s world” 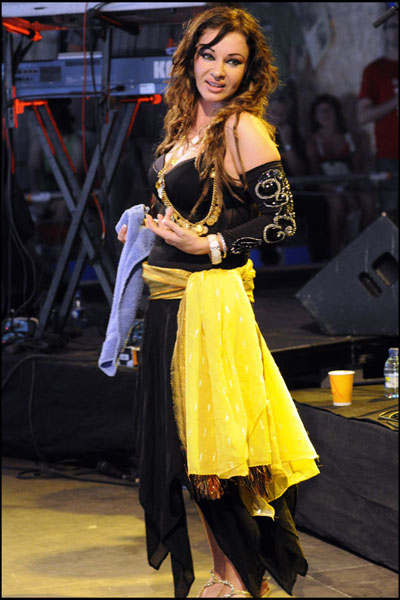 My favorite is the compilation CD “The best of Natacha Atlas” for obvious reasons out of the four she has. There is also a live album which is great!!! You can find her on Spotify. I always listen to her when l want to exercise.

She makes me belly dance. I like to pretend l am burning belly fat by doing that :-). She has collaborated with a lot of artists, including Peter Gabriel, Nigel Kennedy, Talvin Singh (love him) and Nitin Sawhney  (adore him). You can find quite a few videos and live concerts with her on youtube.

What do you think of Natacha Atlas? Does she make you want to want to don a belly dancing outfit and shake it like she does me? ;-)