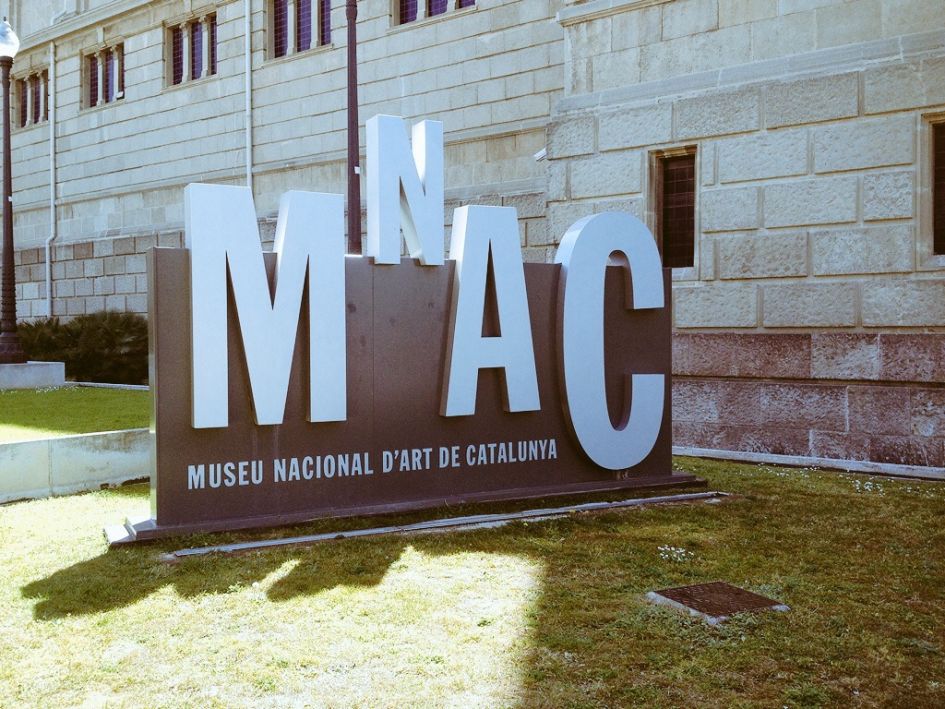 The MNAC is located close to the Plaza Espanya in the Catalan capital of Barcelona. The collection of the Museum’s art is inside of the Palau Nacional, a huge and very impressive Italian-style villa that sits on the very top of Montjuc hill.

This has been it’s home since 1934. It was designated as a national museum in 1990. That same year, the refurbishment of the museum started and the Oval hall was reopened in 1992 in time for the Olympic games.

The history of the MNAC museum goes back to the 19th century. Plans were launched then to preserve the country’s artistic heritage. During the three year Spanish Civil War  (1936-1939), the director of the Catalonia Museum of Art, Joaquim Folch i Torres transferred a lot of the art to places like Girona and Paris for protection and to prevent damage and destruction.

A visit to MNAC Barcelona was a must for us on our visit. We had the most fortunate experience to peek behind the curtains so to speak. As a special treat, we got to see the restoration department of the museum. I think it’s safe to say that, while l enjoyed my myself tremendously the whole week, this was the highlight of the trip for me. It made me feel like l did when we discovered the neighborhood of El Born..

The MNAC has one of the largest collection of Romanesque art in the world. A lot of them were previously in churches in way off destinations in the Pyrenees and the Old Catalonia. At some point, a lot of the paintings were apparently purchased and  destined to be shipped to the U.S.

Thanks to the intervention of Catalan Board of Museums, this was averted and the artwork were shipped and housed in the Arsenal section of the Parc de La Ciutadella where the Museum of Barcelona used to be.

During the tour with our very knowledgeable guide, we got some wonderful fresco pieces like these:

The Arlanza gryphon fresco. This used to be part of mural decorations of a former Benedictine monastery in San Pedro de Arlanza, Province of Burgos, Spain. Sections of the fresco have been sold off, but the largest group is at the museum. This dates back to 1210! How cool is that?

This one is by an unknown artist. It is just part of a bigger altar piece and is from the beginning of the 12th century.

After our tour of the Roman art, we were taken upstairs to the restoration department. We met Alex, the head of the department. Him, along with 12 other restorers work behind the scenes to restore perfection to the various age ravaged works. Here is a restoration project currently taking place. Below is one of the murals that are on display. You will notice that there are several missing sections.

Protect your trip with Travel Insurance

According to Alex, when there is a need to restore the paintings, the sections in question are carefully peeled off and transferred to a new, thin canvas. Using some of the hieroglyphics and old drawings, they then work to refurbish and make it whole again. Sometimes, they have to go through several layers, oftentimes including prior restoration projects. Everything is documented and cataloged of course for future restorers.

There are approximately 300,000 pieces of artwork in the museum. About 700 pieces a year are restored, so there is always work to do, time-consuming work, extremely tedious. Knowing how delicate the work is, you can imagine the sort of instruments they use, little tweezers, baby scissors, makeup brushes and the tiniest vacuum cleaners l have ever seen :-).

The restorer above started work on this section roughly six months ago, and is tentatively scheduled for completion in about a year. When done, it will then be re-attached to the original section. I think the work they do is so admirable. It takes so much patience. Much more than l would ever have. To do this, you need four to five years of college. Sometimes, it feels like you are in a lab with some of the equipment they use.

From solvents to preservatives to hermetic sealers which functions to make the container so airtight, that any bugs that have infested the work die off. Restoration work is done on paintings, wood, as well as old photographs.

We were so impressed with some of the work that were finished and l remember several of us remarking that it was impossible to tell that any work had been carried out. I was pleased to see Alex smile, and say that was the ultimate thing for a restorer to hear. A good job has been done when you can not tell that they’ve been there.

Our tour ended with the view from the top of the museum. It was outstanding. From the roof, you can get an awesome view of Barcelona and of the Olympic ring. It was worth the wicked long climb to the top, because we came from the front, the plaza side. The tour buses come from the side which is much, much easier to walk up.

There is a restaurant at the top of the Palau Nacional, with the same gorgeous views. Sneaking a peek, the food looked pretty good, so l think it’s worth trying. Something we have to save for next time, in addition to the Mediea

If you’re ready for your new life in Spain, make sure to purchase your copy of our Expat guide which works you through all the steps, like cost of living and what cultural differences. Start living your best life in sunny Spain.

Free entry for all under 16.

Tour of the MNAC building is €2

You can purchase your tickets online here.

The stop for MNAC Barcelona is Espanya on the L1 and L3 Metro lines.

Sundays and Public holidays: 10am – 3pm

Is MNAC Barcelona worth visiting?

Yes it is. There is an impressive range of Catalan art among the Gothic and Roman artworks. The frescoes and other forms of art like tapestry will keep you enthralled for hours. The views from the top are stupendous and l think a visit to the MNAC should be part of your Barcelona itinerary. The fact that it’s free entry up to 16 years of age means that it is very good value. 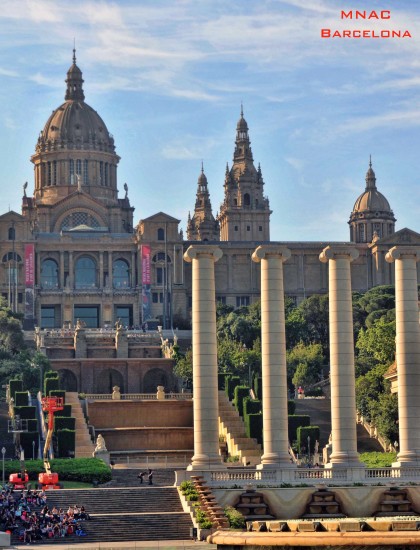 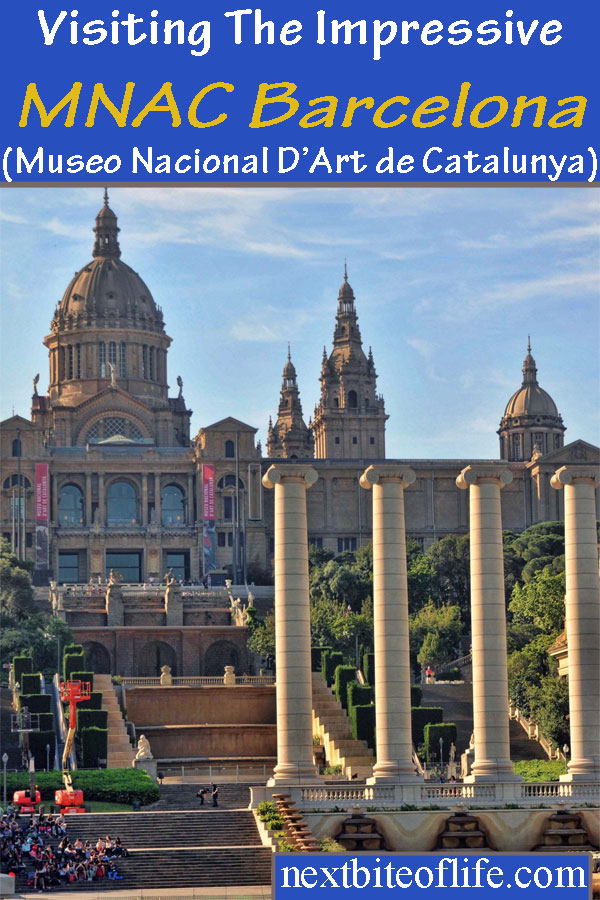 Will you be adding this to your list of things to do in Barcelona? or are you going to stick with everything Gaudi like we did on our very first visit to Barcelona?