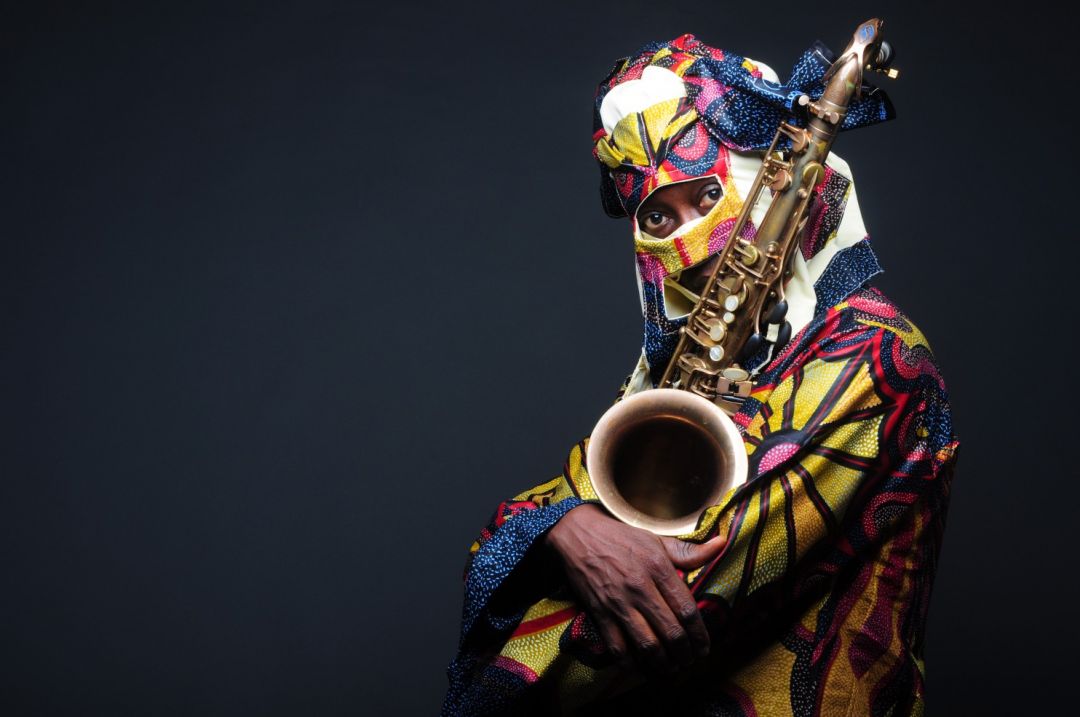 Lagbaja  is a Nigerian born musical artist. It is impossible to listen to his music and not want to shake your groove thing. I double dare you to try it! He has been on the music scene since the nineties. His brand of music has been described as Afrojazz,  Afrobeat and Afropop. Lagbaja himself describes it as Africano, owing to the prominent African drums and grooves of his music.

Lagbaja in the Yoruba language means “nobody in particular”. You hear it often to describe people of no consequence. That is why he only performs wearing a mask. It is to symbolize the common everyday man, who is faceless, voiceless and powerless in society.

His lyrics, at times are politically charged commentaries that criticize the powers that be. Other times, it encourages the people to hang in there, smile in the face of adversity.

Sometimes, it’s just time to dance :-). This video below is one of my favorite, an oldie but a goodie and one l always listen to when things are going horribly wrong. Most of the words are in English. Feyin e means show me your teeth, that is smile or laugh.

Lagbaja taught himself to play the saxophone, and that is what he plays in the band, along with vocals. His backing band consists mostly of four different types of African drums.

The traditional Yoruba drums get most used. The Dundun (Gangan) family are featured heavily, and can involve up to five drummers combing to create a mind blowing rhythm that always leaves me in a happy place.

The Dundun is also referred to as the talking drums, and they are my favourite. There is an ancient art to translating what the drums say, and l so wish l could learn how to do that. I have tried to teach myself to play the drum, but find it way too hard.

Lagbaja Konko Below: A classic!

The Bata drums alternate between soft and thunderous beats, and are the second family The third family is the Sakara drum, another favorite of mine which sound like what l can only describe as swishing torrents of sound. It is so hard to describe, but it sounds great.

The last family is the Ogido. Those are the giant percussion drums, with the lead being the mother drum (Iya ilu) and smaller ones supporting it. They are played  with the open palms and a stick.

The band primarily sings in Yoruba, English, or a blend of the two as is common in Nigeria. You definitely do not need to speak Yoruba to love his music, otherwise l would be gutted as my Yoruba sucks big time. I have been lucky enough to see him perform twice.

Once at the House of Blues in L.A , and once in Lagos where l totally embarrassed my nieces. When Lagbaja first enters the stage playing his sax, he usually makes his way to the audience and stops for a few minutes here and there. Everybody just sits there and smile. I warned my nieces l was going to dance if he stopped by us, and they were trying to stop me, saying it’s just not done..blah..blah..blah..

Well, he came by! I got up and started dancing. I just couldn’t help myself, even though l am a terrible dancer. I heard the boys behind me laughing and whispering “foreigner”, To their credit, my nieces joined me after about two minutes, and within five minutes, everybody around us were dancing, including the idiot boys behind us. What a fantastic night that was!

Put Lagbaja on your music list and see how much faster your chores are done :-). He is not available on Spotify or Pandora, so you have to make do with youtube. His blend of jazzy Afro beats really make me happy…very happy! I can’t wait to see him again..somewhere..If you’re bored, and you want to see crappy editing, here is a video l did using Feyin E. It was on one of my visits home for my Mum’s birthday around Christmas.

Pictures of my family. Big one that it is, and Christmas means sleeping on beds and couches and of course the floor for the late comers and younger ones :-). The nieces with me at the concert are in the 0.40 second time frame picture. My sisters are the ones in orange at the beginning.

Somehow, they “forgot” to make my outfit in the same material, and l was forced to wear the same colours as my nieces and nephews, which meant the photographers kept trying to shoo me out the “mum and kids only” pictures! :-). I got irritated a bit after the 15th time!

What do you think of Lagbaja? Do you like his combination type sound, or are you a purist who prefers jazz straight up?