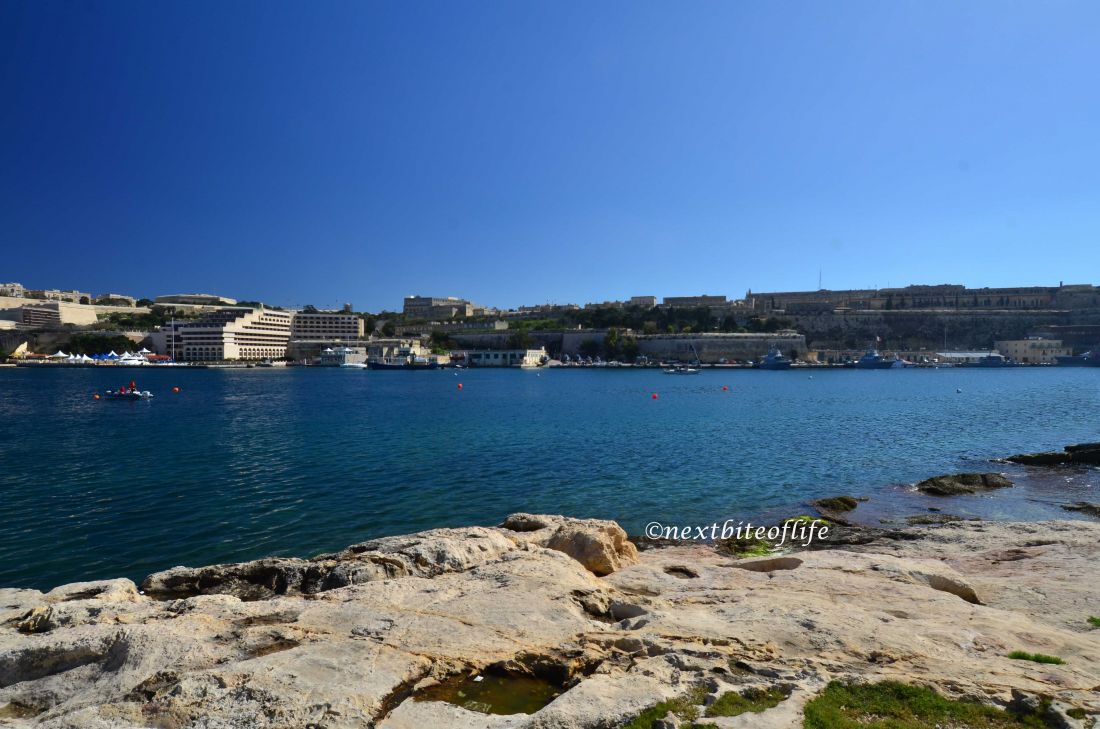 Isn’t this glorious? Blue sea to enjoy and one of the many rocky beaches on the island.

Images from my Malta neighbourhood of Msida: Malta has some lovely sandy beaches in the North and the South, but in the city, there are rocky beaches like the one above. It is very convenient for the city dwellers. There are so many about, and in the summer time, you find families and friends hanging out and swimming. The evenings find them grilling burgers and maltese sausages (awesome!) and drinking cheap beer and wine.

Yesterday, ( in fact most of the summertime) was another one of those amazingly bright and warm days. It was about 75 degrees outside and so we decided to walk along the marina. The traffic was a bit heavy as they were repairing one of the boat docks in preparation for the summer deluge. A few of the sightseeing cruise boats had been docked on dry land for the winter (which was basically from mid November till now) and they are starting to dock them.

We were very happy to be car free. We set out on foot, basically crossed the street and walked along, which was great as you didn’t have to worry about dodging traffic. Here are some pictures of people sailing and enjoying the sunshine. I am still amazed that we are right in the middle of it all. 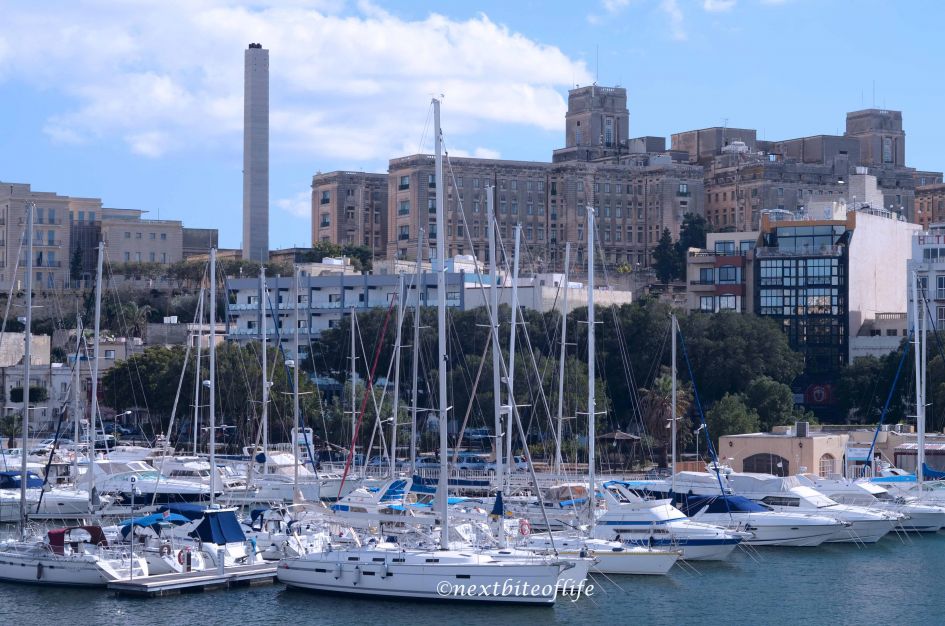 We love seeing the boats and watching people enjoy the fruits of their labor as they sail. 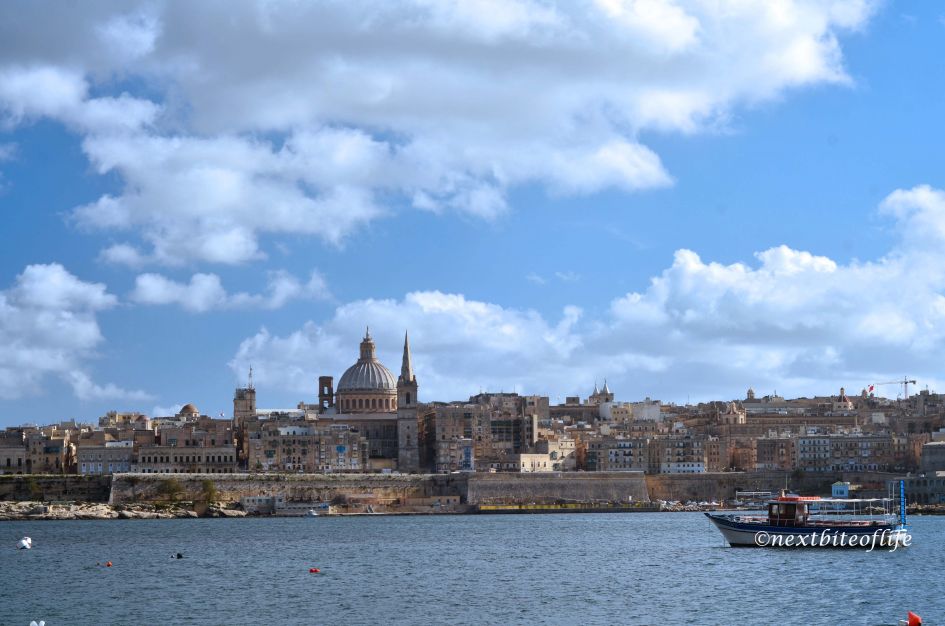 View of Valletta from Msida. Isn’t it just picture perfect? 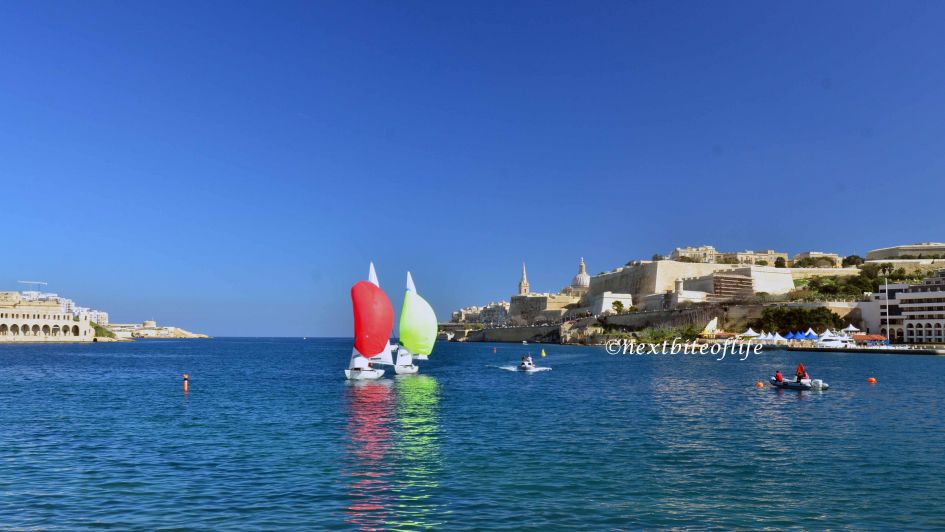 Perfect day for sailing. I love the colourful sails. 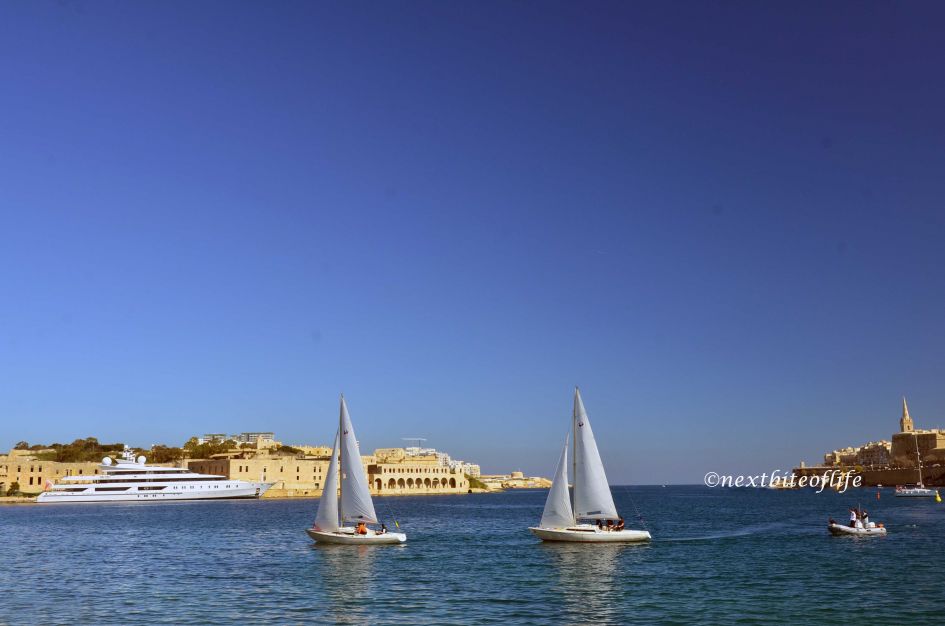 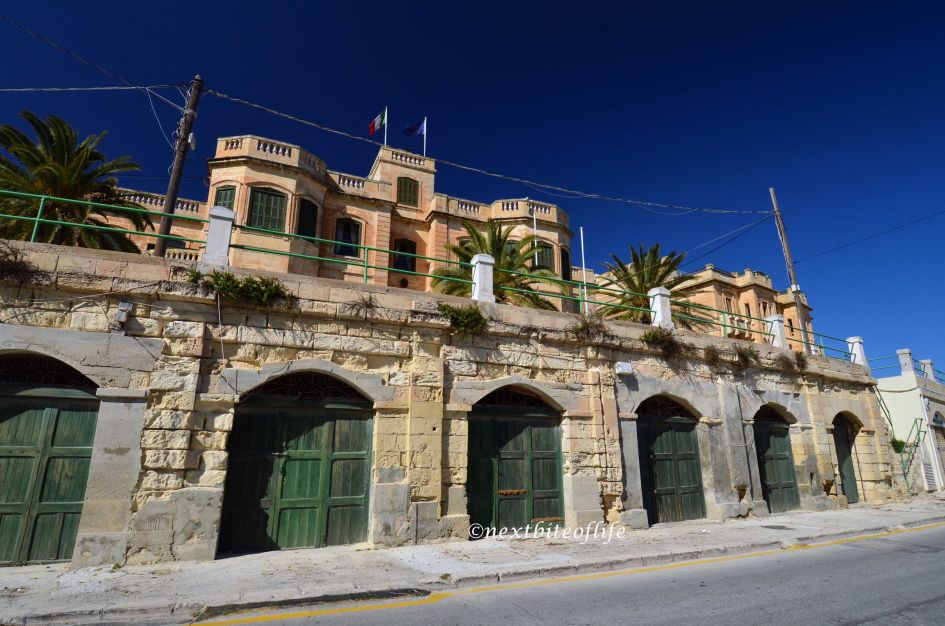 Can you imagine the view from this house? It must be great in the summer time but l reckon it probably gets quite cold in the winter as Malta gets rising damp which makes the house interior chillingly cold and bone aching. 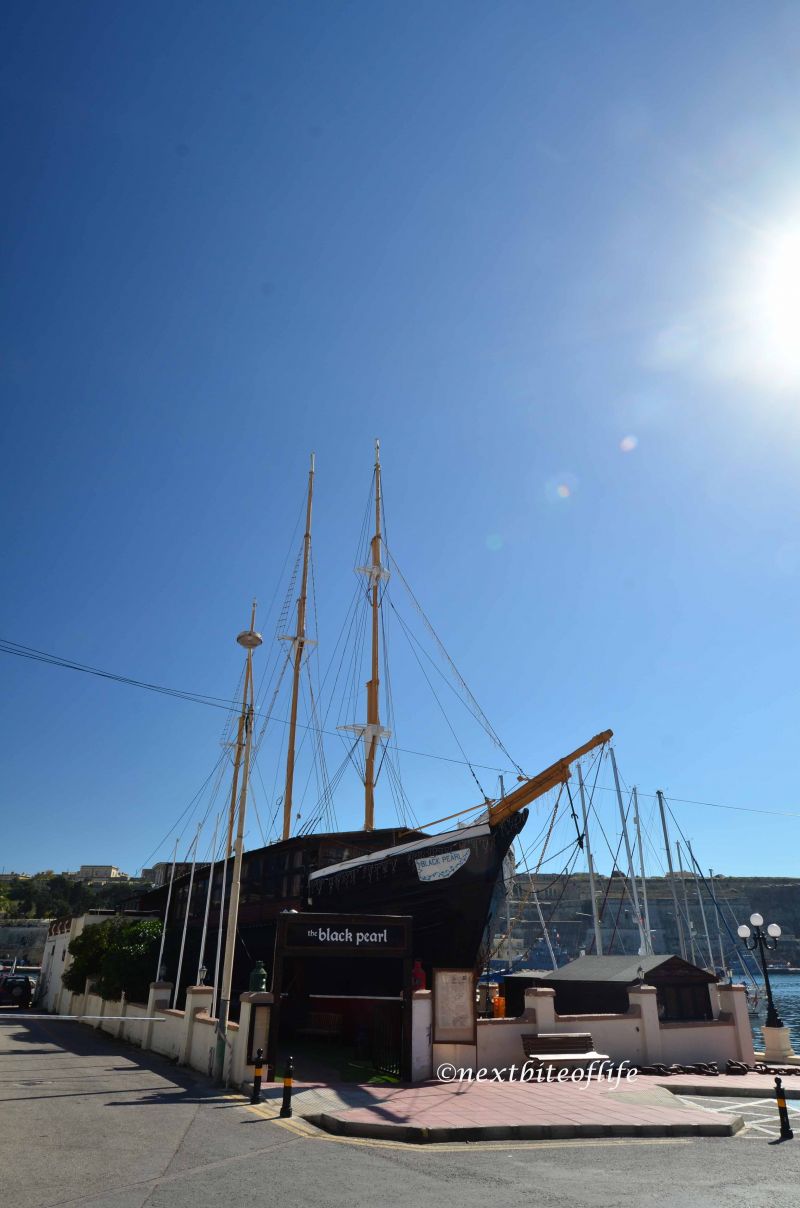 My neighbourhood of Msida:

Msida used to be a sleepy fishing village and you can still see the fishing boats among the expensive yachts. I like seeing them take off in the early morning at 5 when l walk the dog. That’s another thing l love about Malta, that it is so safe. I think it is rated as the second safest place in the world. It had slipped to number 3, but came back up again this year.

I feel no fear as l wander about with the dog that early. I say hello to the fishermen, to the people off to work that early, to the old man on the bike who feeds the ducks, to the 80+ year old woman who is always impeccably dressed that early in the morning. That is by far my favourite time of the day. It is peaceful, my bigger dog enjoys it thoroughly too and comes to wake me up sometimes as early as 4 AM. He is eager to forage for bread left out for the ducks and pigeons, and a lot of times, it is a fight to drag him away from the food. 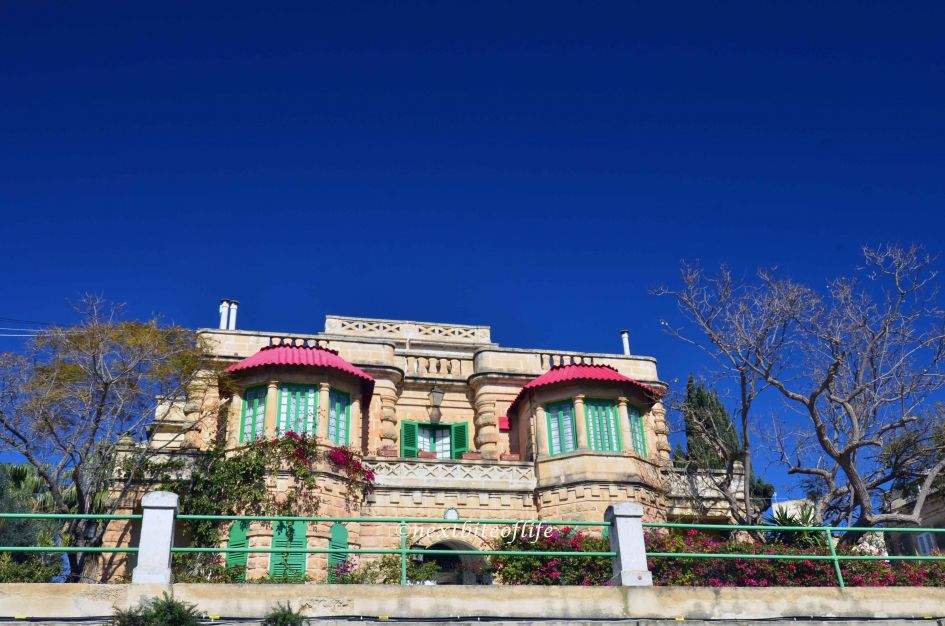 By far my favourite house with the blooming flowers. It is technically in Ta ‘Xbiex  which is just down the street as they all kind of run into the next with no obvious boundaries. This a more up close view. I think l heard one of the government officials live there, but l’m not sure.

Msida is a great place to live in Malta in my opinion, especially if you’re lucky to score a view of the Marina. Nothing beats enjoying a drink from our veranda and watching the fisherman and the tourist sailboats start off on their tours and fishing expeditions. Sure, it might get a little loud as they crank up the same catchy summer song, but they’re off within minutes so it’s not too bad.

We also love the fact that there is a big grocery store within ten minutes walk from us which saves us having to go all the way to Sliema by bus and then lug the groceries after waiting for the bus. There are also little convenience stores within a block to get heavy things like water and the prices are the same as the grocery store. All in all, a very good place to live.

What do you think of our little neighbourhood of Msida? Could you live here?