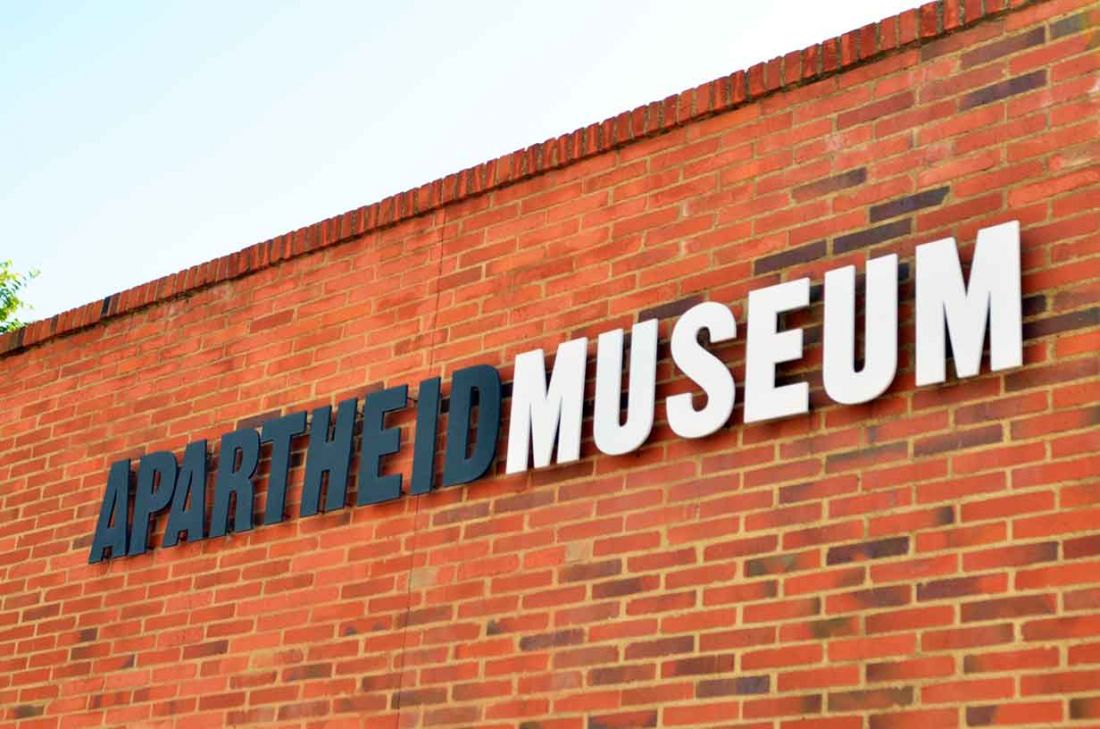 On our recent visit to Johannesburg, I had some reservation about seeing the Apartheid Museum. I knew it would be hard, emotional and might make me angry. We were enjoying the city as a whole and thought this might just drag us down enough to reverse our original feelings. I finally decided that we should go for it, so on our second day of the Hop-on – Hop off ride, we got off at the famous #5 stop which was the museum. This is how it felt to be confronted by a dark past in South Africa’s history. 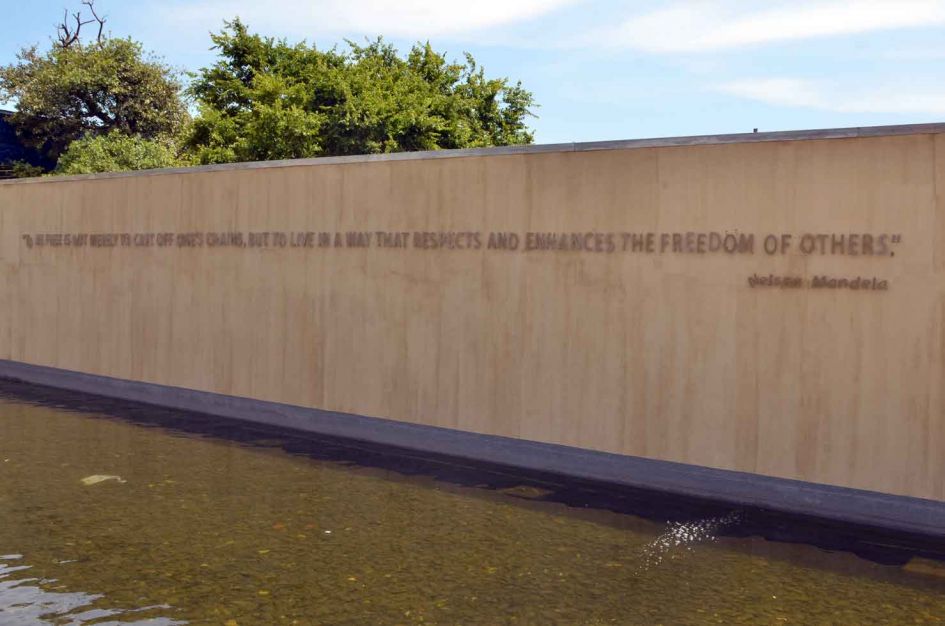 “To be free is not merely to cast off one’s chains, but to live in a way that respects and enhances the freedom of others”

The front of the museum is a quite ordinary. Very brown and lackluster. You pay your apartheid museum entrance fee of roughly $5 converted from South African currency (Rand). Behind you is a huge image of Nelson Mandela, the Madiba as he is known. We paused to take a picture by him.  Next, you enter through this walkway, which is where it starts to get real. There are two entrances, one for Whites and one for Others (everybody but whites). You are randomly given a ticket designating what entrance to go through, just like quite a few people where doing during the days of apartheid. 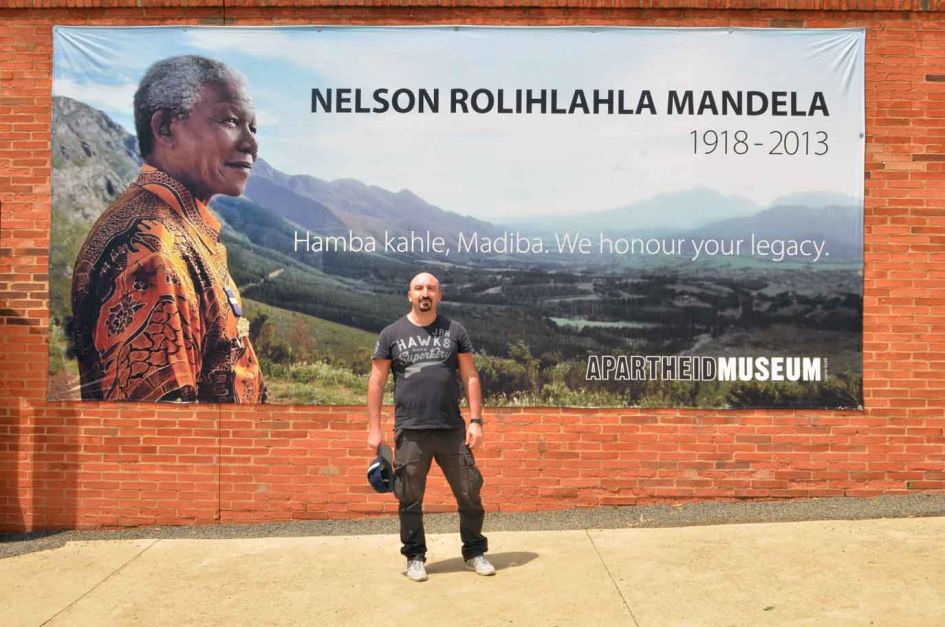 Large poster of Nelson Mandela at the entrance of the Apartheid Museum Johannesburg. Mandela had a lot to do with the apartheid end.

Apartheid in South Africa is defined as a policy or system of segregation or discrimination on grounds of race. The museum showcases the starting ways in which people of color were discriminated against by the whites. Inside the main large room were blown up images of identification cards that people had to carry with them at all times. It showed your color, race and some showed which section of the city you were allowed in. Some were permits allowing “others” to work in Johannesburg. We read how people were classified based on the whims of any government official. 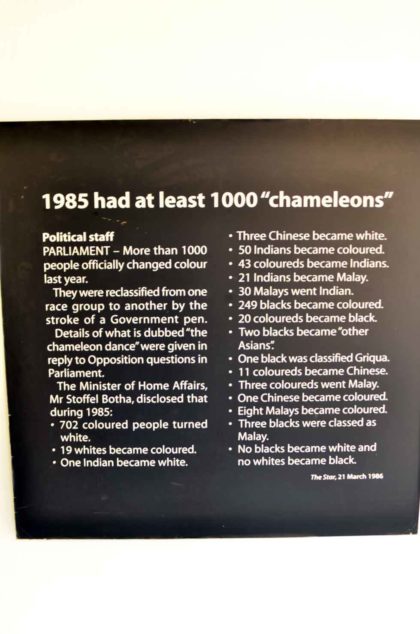 Chinese people were classified as Black sometimes, some Negroes were classified as Asian etc..etc. They didn’t even bother to ask as they were not regarded as people. Because South Africa was rich in gold, people came from all over in search of fortune through gold mining. As you can imagine, various cultures living together made for a very diverse population and of course racial mixing, which was not to the liking of the government. During the apartheid period, segregation was designed  to prevent this racial mixing. 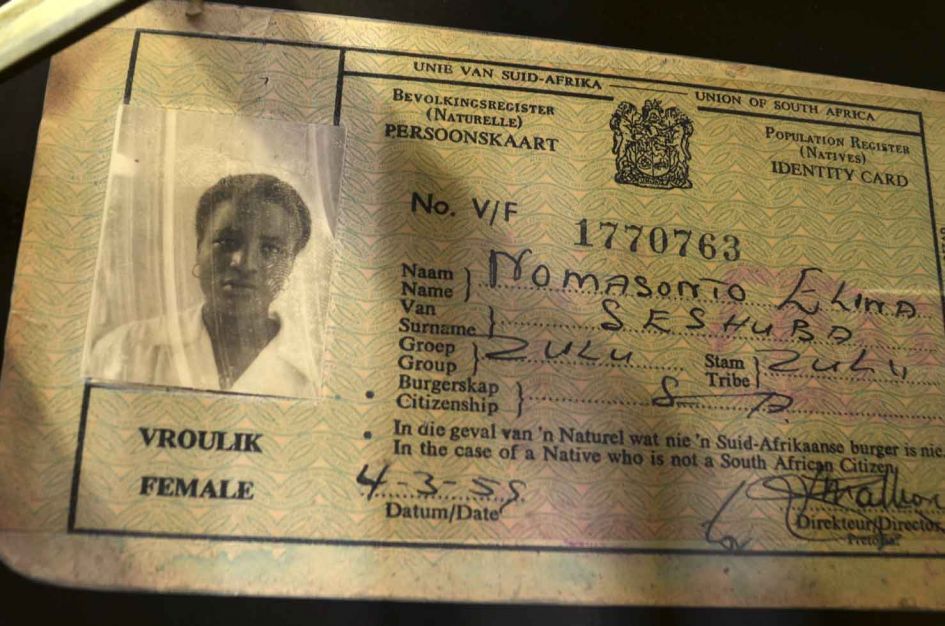 Apartheid pictures: An example of an ID card during the apartheid era that had to be carried on you at all times in on display at the museum of apartheid, South Africa.

After this room, we went out to the courtyard and there are full size cutouts of children and grandchildren of men and women who had emigrated to South Africa during the gold rush. These cutouts were posted on mirrors and formed a path along the walkway. To the left of these was a long wall filled with little stones, going up as high as 10 feet or so. I thought it was just for decoration until l heard a private guide telling the 6 tourists he had that each stone represented a life lost under apartheid. That was extremely sobering because there were lots and lots and lots of stones. Lots! :-( 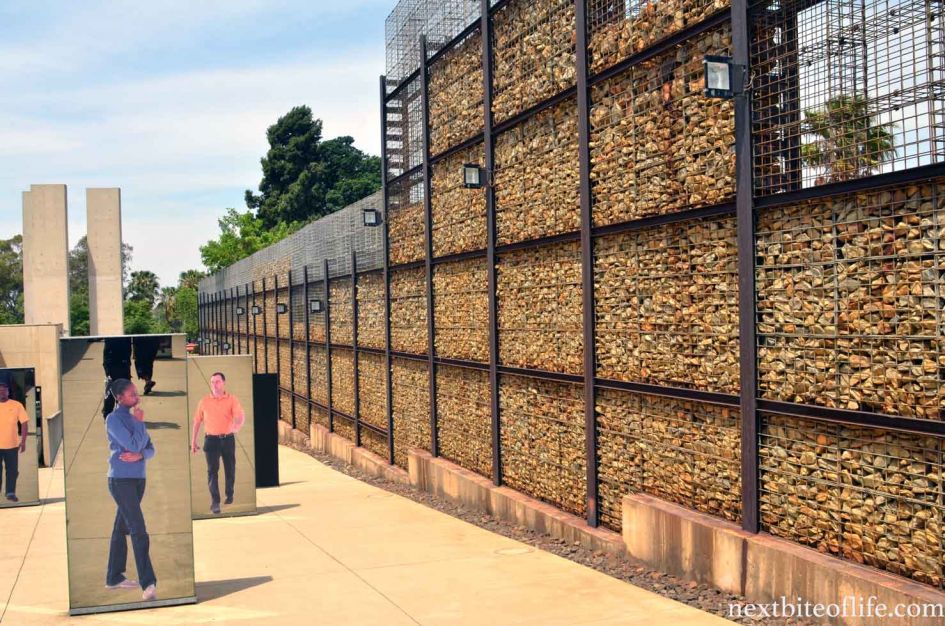 Each stone was a life lost to apartheid in South Africa. Cut outs of descendants of gold rush miners. 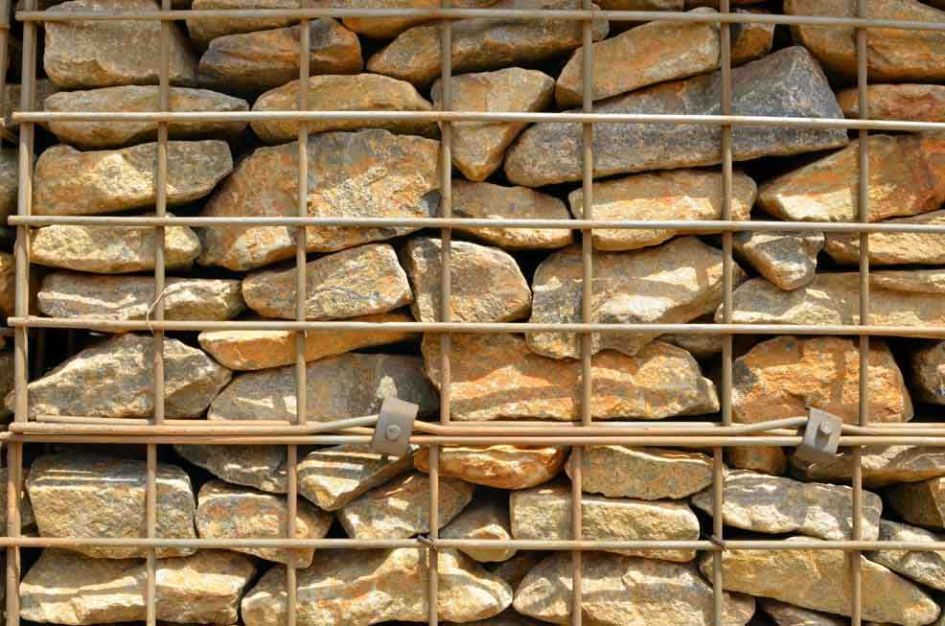 Apartheid museum importance of events in history. There were small stones. That’s a lot of lives.

From there you go inside of the museum. We have no pictures because photography is absolutely forbidden inside. There are amazing magnified black and white images all over the place. I wondered how they had managed to get those. A lot were taken by a man by the name of Ernest Cole, a self taught photographer who was given a Nikon F film camera by a priest. Wanting to leave South Africa, he was later reclassified as “coloured” allowing him to travel. He snuck his prints out and they were later published with Random House. The book, “House of Bondage” was banned in South Africa of course.

All over the museum, there are tons of stories from the days. Some stayed with me and struck a nerve or two. One story had a young black man, about 13, who had forgotten his papers at home. Upon being caught in the city, he was sentenced to some farm, hard labor, never to be seen again by his family. The farmer killed him just because and buried him in some corner of the farm, but not before being seen by another black kid who worked there and managed to escape. He told the family what had happened to their son. They pestered the police until finally they were able to have the body dug up and brought home. Nothing was done to the farmer because black life really didn’t matter (sound familiar?). 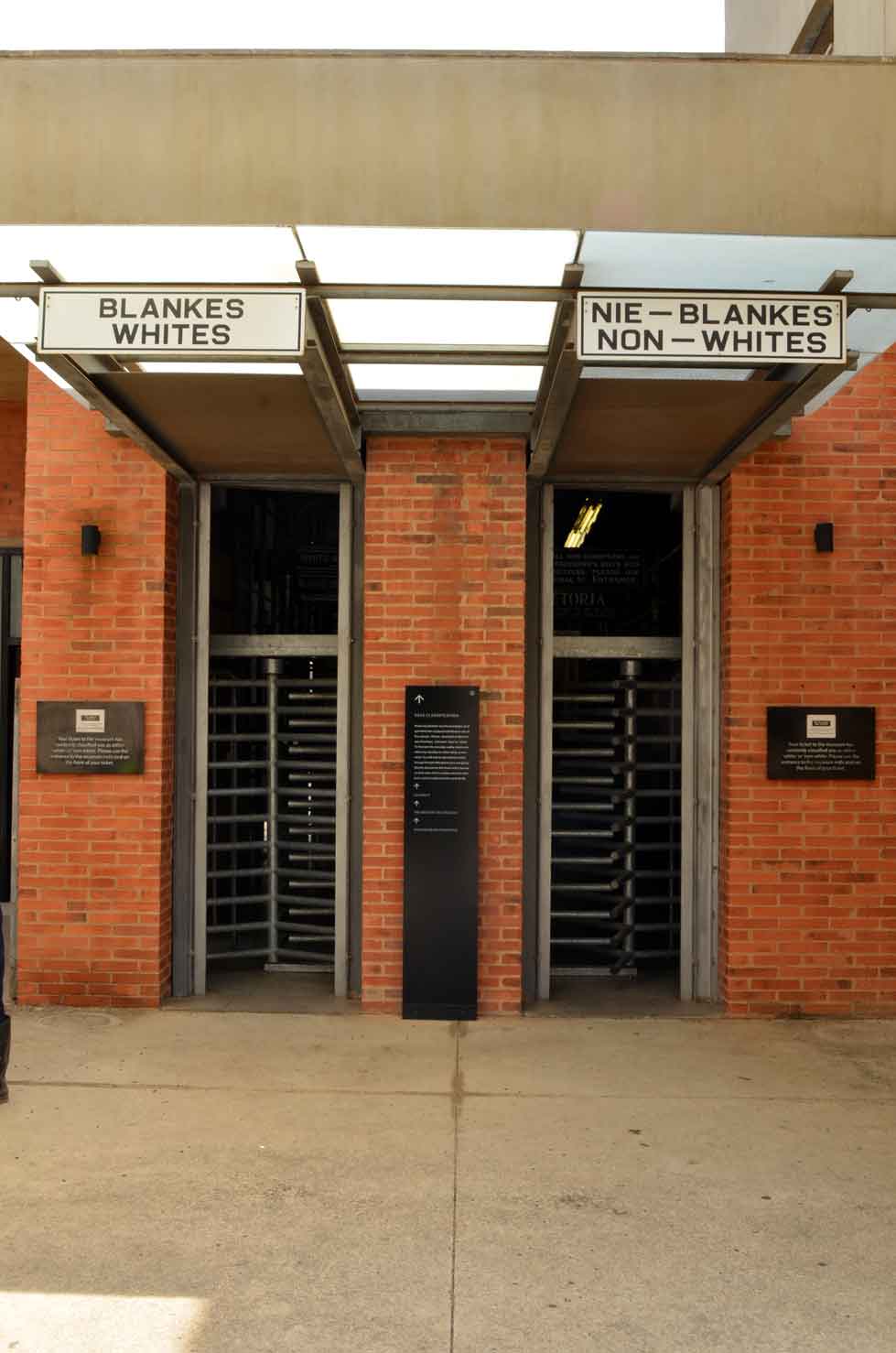 Apartheid images at the museum in Johannesburg. People were not even allowed to use the same entrances. Just try and imagine how belittled the people of color felt. It’s hard to believe that there are cretins in this world who wish to return to a similar world. Never again!

A few photographs showed black women carrying white babies on their backs and treating them like their own. They were good enough to take care of their kids, cook their food, rape and kill, but not their equal. Most took their maids with them on vacation and they considered that as treating them well. In the pictures, you can see the maids carrying the umbrellas etc as the bloated masters walked on the beach or the housewives lying poolside while the maids were rushing about them. Would l have poisoned a bunch of people had l lived then? You betcha! and it would be slow poison too ;-).

There were so many stories and startling images. A lot of the black women had no education and therefore were often jobless. They discovered how to home brew beer and sold it to make ends meet. The government made new laws disallowing this because it was taking money away from the beer salons. They would often beat and raid these houses. From the photos, it seemed the most beer they could make at a time was a glass or two from these teapot looking things, but anything to make life impossible for them. It was heartening to see at some point, over 2 million women l think it was (Black,White,Indian..everybody) marching to the government house and delivering petitions to make sure that these women could continue their home brewing. 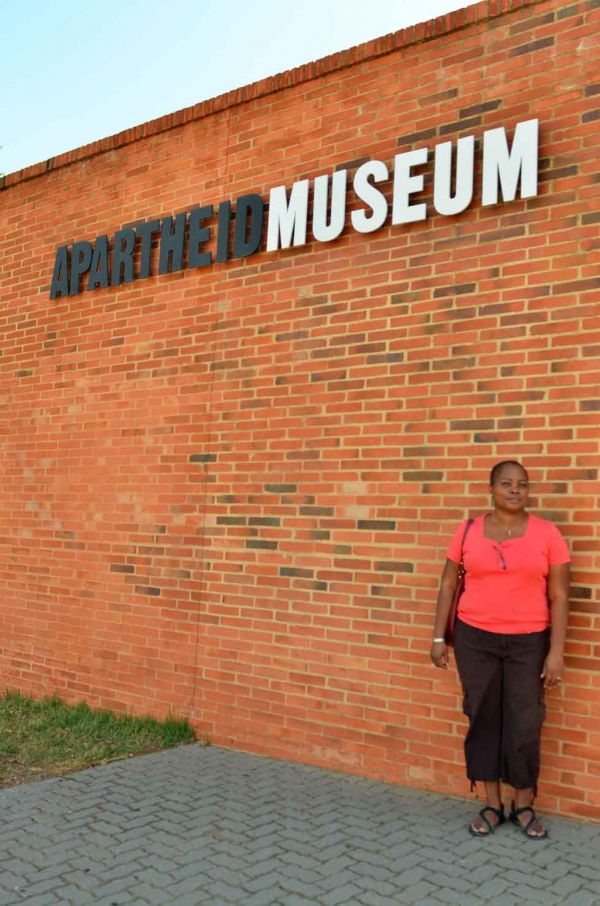 Walking through the apartheid museum in Johannesburg was very emotional for me. Thinking about what black people had to go through, and in some sense, still go through is very troubling.

On one whole wall, there were the laws made during apartheid. They were actually kind of amusing to read. I counted at least 152 laws and modifications. The activists were thorns in the side of the government. As soon as a new law was passed, they would make sure to break it and so a new law or amendment would be added and they would break that too just to make things difficult. It was an ever changing landscape of rules designed to wear the government out.

Apartheid Timeline in South Africa is presented in this fascinating museum with recalled details, newspaper documentation, apartheid resistance fighters etc. There were also videos and photographs from protests by the African National Congress (ANC) whose original mission was to end apartheid through non-violent means. This changed when 69 Blacks were killed during what is known as the Sharpeville Massacre.

The party was then banned and forced to leave South Africa. Later on, in 1990, then President F.W de Klerk lifted the ban on the ANC and freed Nelson Mandela who had been imprisoned for 27 years. Growing international pressure and fear of civil war were the main reasons for freeing him. It was really interesting to me to read about his life and see how much he had to endure under apartheid. Find hotels in Johannesburg. 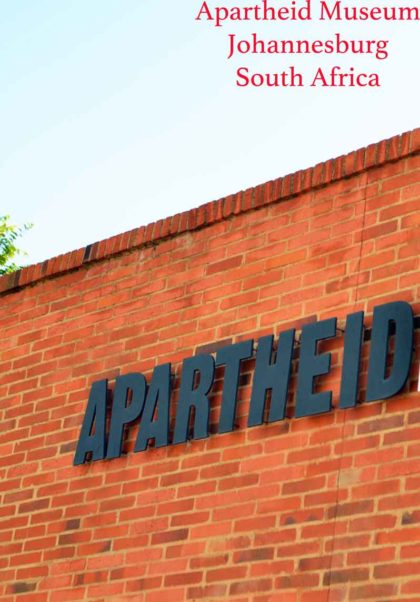 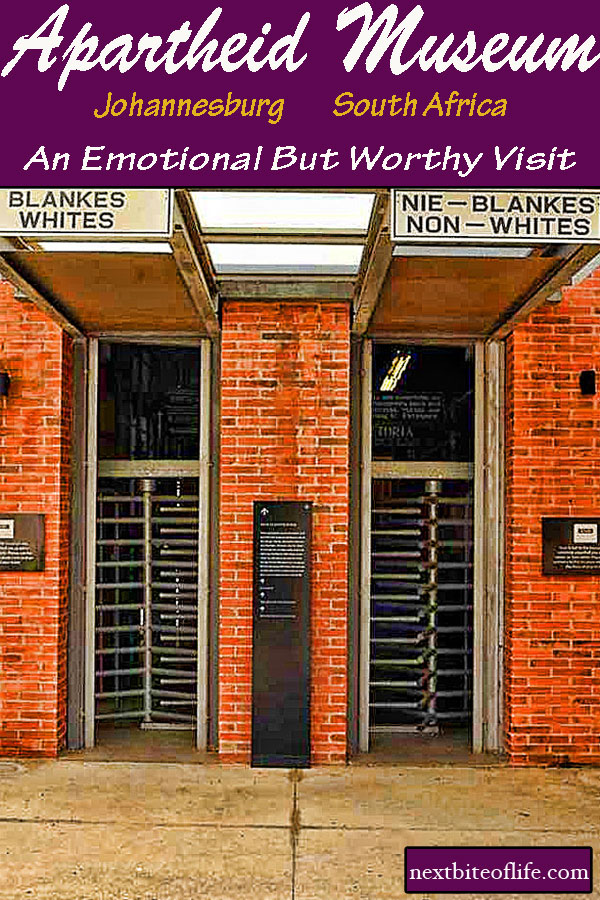 My takeaway from the museum was that often you hear so many stories of the despots that come to power. People like Hitler who hog all the news. Amid all that, it’s nice to hear of people like Mandela and Ghandi who also accomplished a lot by doing good. It’s ironic that a man, whose birth name is Rolihlahla, which essentially means “troublemaker” turns out to be one of the greatest peace makers of all time.

If this man,  Nelson Mandela, who was locked up for quite a few years in a tiny cell could forgive, move past it and strive to make a great nation, then what the f**k is my problem as an outsider? I actually feel like the South Africans themselves have taken his word to heart and what l observed in the city is racial harmony that is severely lacking in the U.S for instance, especially now. We could definitely learn a lot. Here are some of my favorite quotes by Mandela.

As I walked out the door toward the gate that would lead to my freedom, I knew if I didn’t leave my bitterness and hatred behind, I’d still be in prison.”

“No one is born hating another person because of the color of his skin, or his background, or his religion. People must learn to hate, and if they can learn to hate, they can be taught to love, for love comes more naturally to the human heart than its opposite.”

“Resentment is like drinking poison and then hoping it will kill your enemies.”

In this day and age where we seem to be regressing as humans (evident in conflicts and a return to hate crimes in so many parts of the world), it seems that we still have a lot to learn. The evil that is inside men seem to be flourishing under the current leadership of countries such as the United States, Italy, Hungary just to name a few. I hope people remember that this is how it all started before WWII when the little man with the moustache started his reign of terror. It’s easy enough to think things won’t affect you, at least until it does, and then it’s too late.

Do what you need to to make your voice heard. Your most powerful weapon is to research your leaders and vote for the person who has the best interest of everyone into office. By everyone, I mean every one! Don’t hide behind religion or what have you to try and separate yourself from others. Your job is to love and lead a good life, leave the judgement to the high being.

Have you been to South Africa? If yes, did you go to the museum and how did it make you feel? If not, would you consider going, or would it be too emotional?