Cinquantenaire Park, Brussels and my Snapshot. 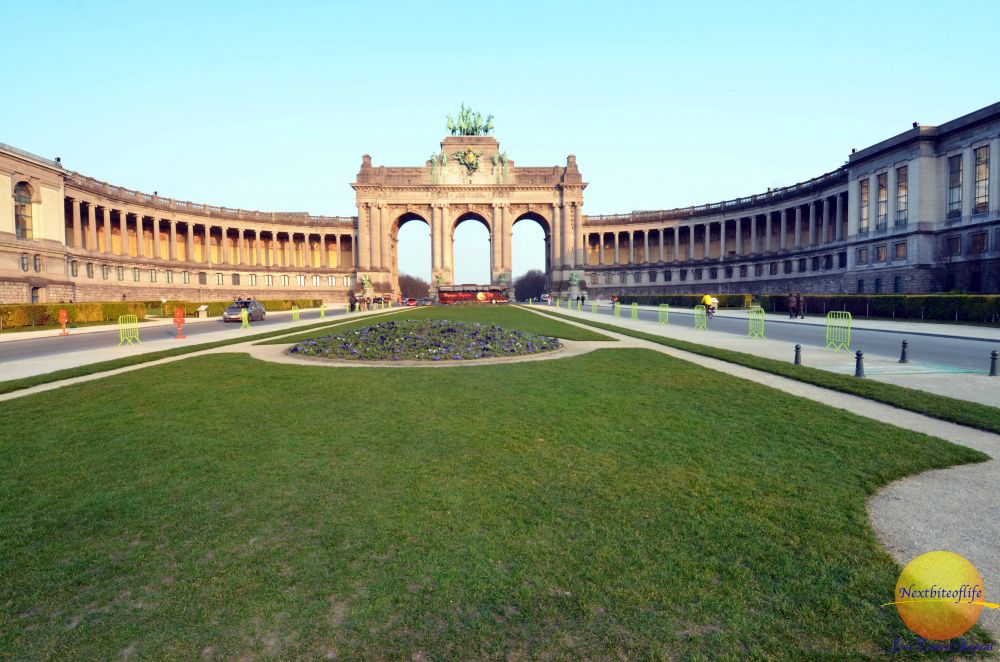 This post wraps up our lovely visit to Belgium. We had  fun in Bruges. We certainly liked Brussels a lot, and we loved Ghent.  One of the places in Brussels that is easily overlooked is the Parc du Cinquantenaire or Jubelpark.  It is a national landmark. The name translates to mean “Park of the fiftieth anniversary”. It was built to celebrate 50 years of Belgian independence during the reign of Leopold II.

The Cinquantenaire Park is located close to the European Quarter, where the E.U council and all the other important buildings are. We found the park one day as we were coming out of the Central train station. There is an arch that is impressive from afar (looked like Berlin’s Bradenburg gate). We thought we’d investigate. 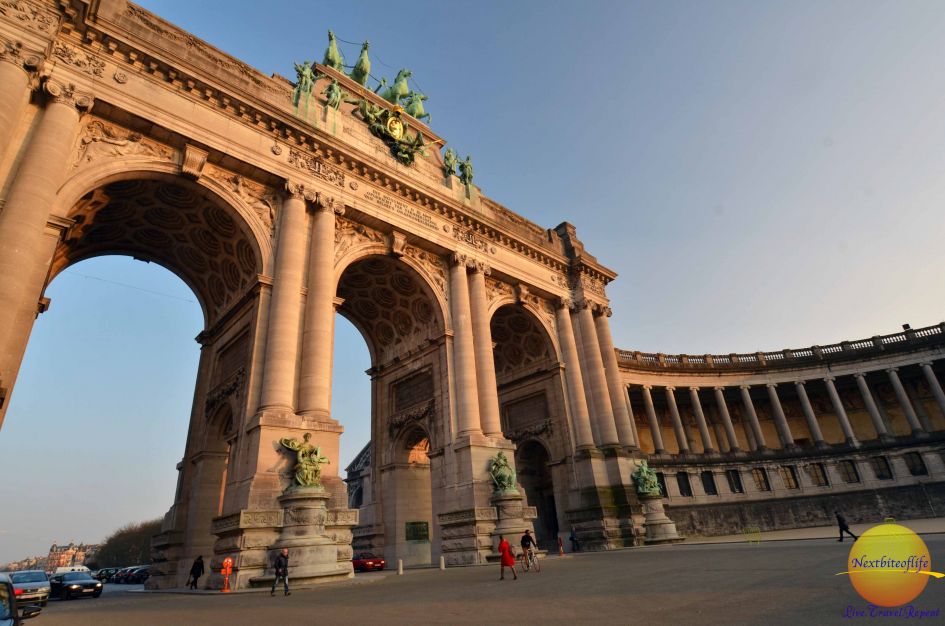 Cinquatenaire gate in Brussels and the park itself, along with the museum should definitely be on any Brussels itinerary.

We had the opportunity the next day, after our visit to see the Brussels Atomium. It looked to be about a mile away, and since the weather was okay at that point, we walked towards it. Let me just say looks are deceiving, and it was actually over 3 miles away, it was that big to be seen from afar :-). I almost wanted us to turn back, but my pride wouldn’t let me. I was glad we didn’t because it’s a beautiful park.

I only wished we had started out earlier, because we arrived to the park a few minutes before 5pm. There was no problem enjoying the park itself, but we discovered that the Royal Army Museum was on one side of the arch, and the Autoworld Museum was on the other…and they both closed at 5!!! Be smart and plan right as l think the Royal Army museum is definitely one of the highlights of Brussels. 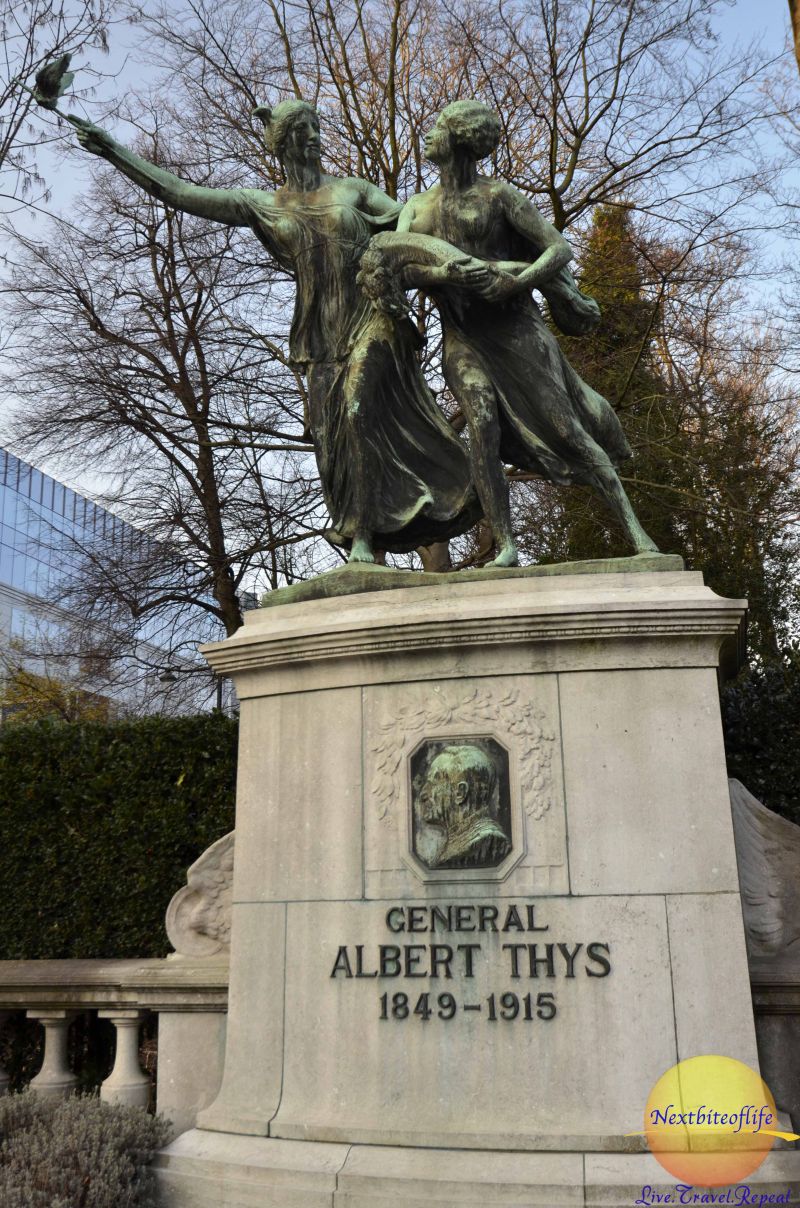 The Royal Army museum, unfortunately was closed for refurbishment anyway at the time of our visit, and was due to reopen the middle of April. I recommend anyone visiting Brussels to check it out. There is an elevator that takes you up to the top of the arch and gives you a great view of the city.

There are also about 150 old war planes on display, along with trenches and old war uniforms etc. There is no fee to enter the museum either! Free! How often do you hear that at any touristy sight? I consider the Royal Army Museum a must-see in Brussels. 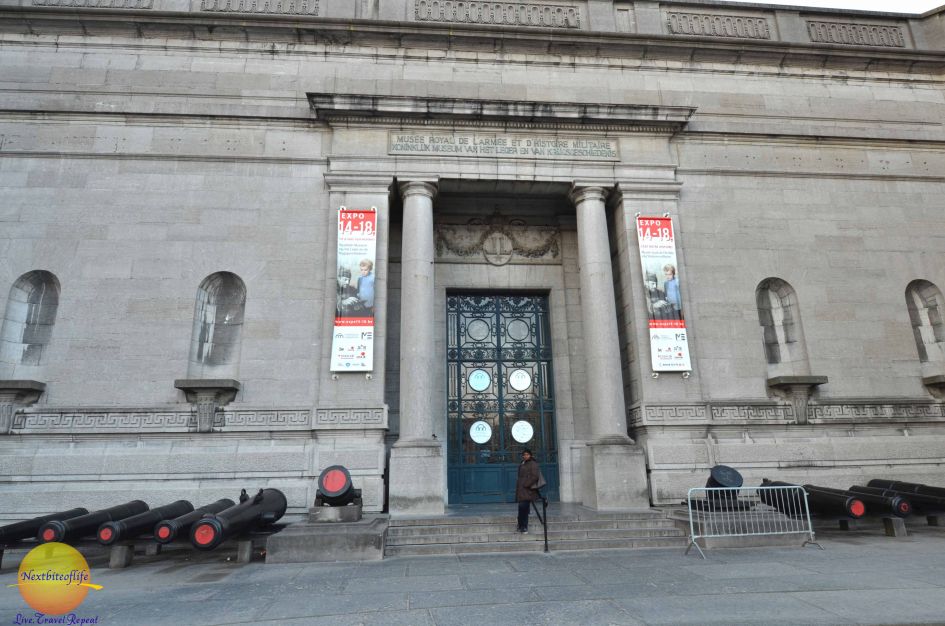 Entrance to the Royal Army museum, one of the things to do in Brussels. 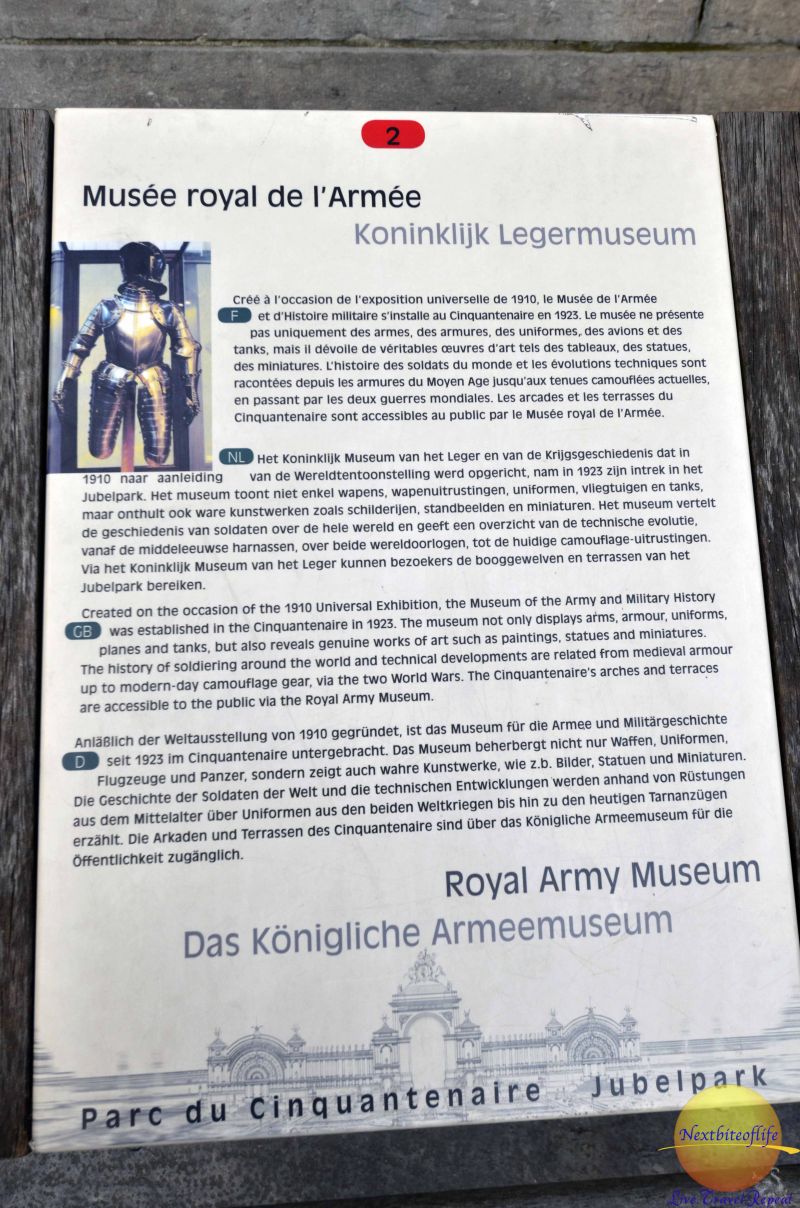 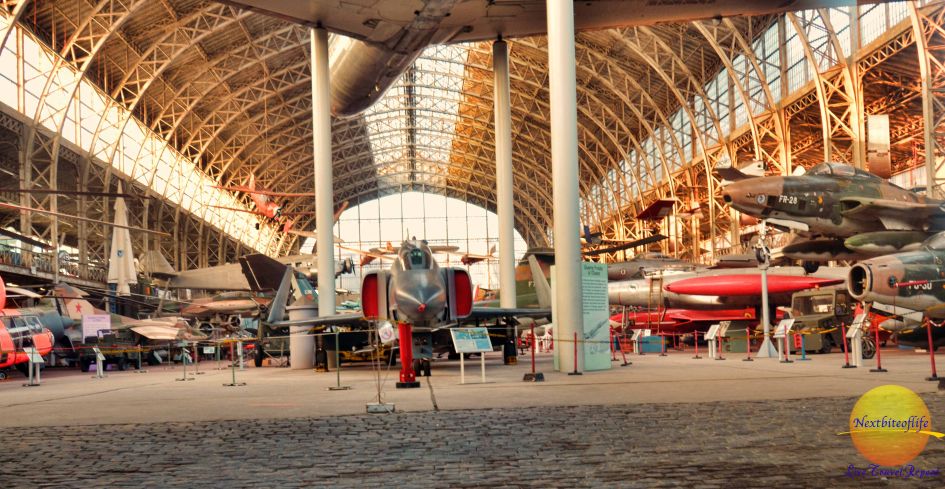 Military museum Brussels. Would have loved to see them up close and personal! I think it’s one of the best museums in Brussels. 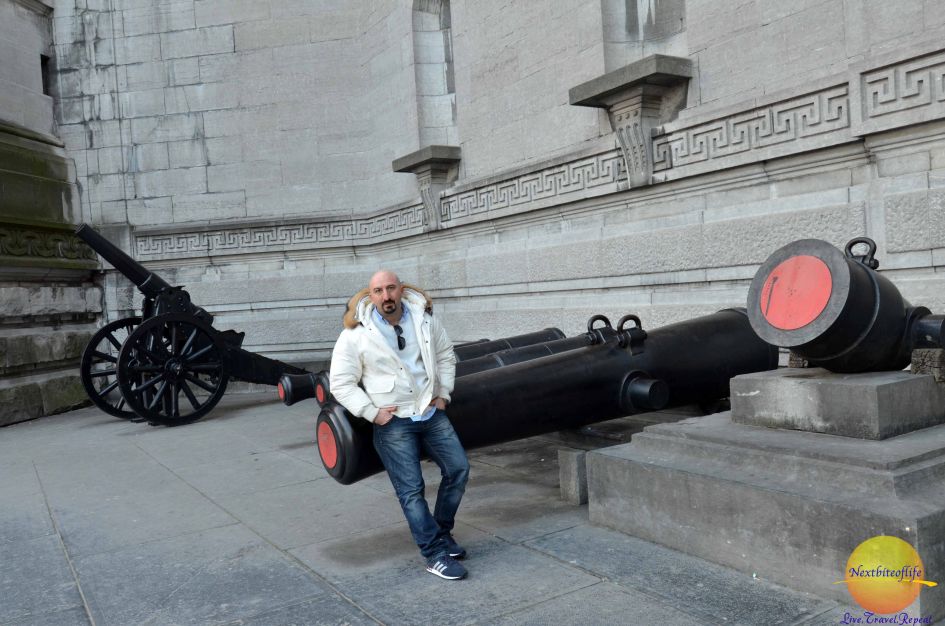 Getting up close with articles from world ward 2 museum Brussels armory.

The Autoworld Museum, which was on the other side was also closing, but we did get inside for a minute (to ask about closing time) and even though we didn’t get to visit, there was this awesome old bike in the lobby. It was a Norton 750cc motorcycle, one of my two most favorite bikes in the world,

The other was a Triumph bike, so l was happy. The have a car collection that spans the twenties to the modern day. I was okay not seeing it. As you know, the auto museum in Malaga rocks as well. If you’re a car buff, l think you should visit. Entrance fee was €5. 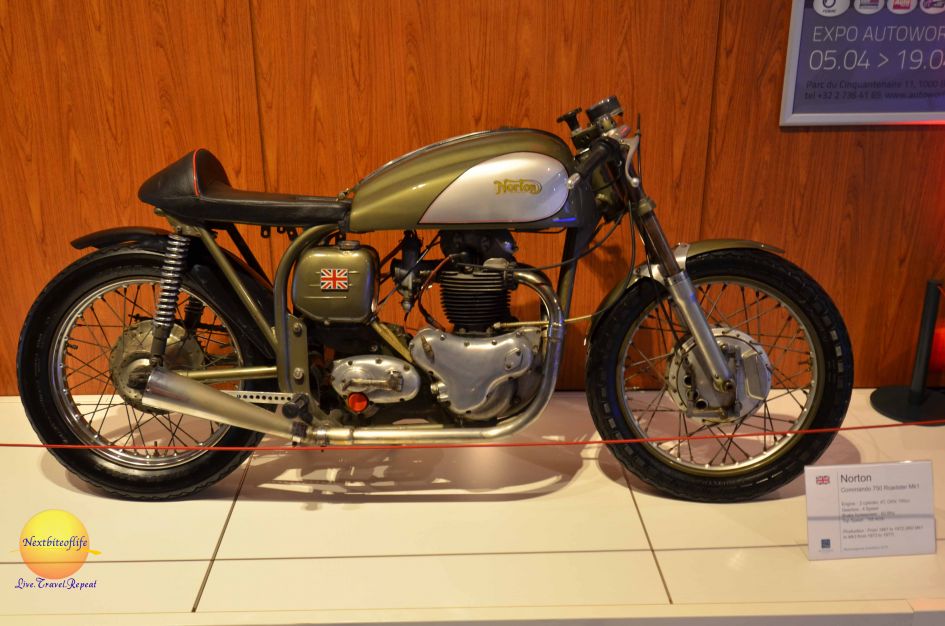 Museum Brussels – Cool..right? This was at the entrance of the Natonal Army museum autoworld.

The Cinquantenaire Park itself was quite beautiful. The arch to me, looks like a combination of the aforementioned Bradenburg and Arc de Triomphe of Paris. I find the combination more beautiful than either of them, l think it is the curves that do it for me, very sexy!

There were families having picnics, people playing football and frisbee. There were also joggers, roller skaters and sun worshipers. It wasn’t even that warm, certainly not by the time we got there. The sun was going down, and there was a chill in the air. Being close to the E.U places, you heard so many different languages, which was pretty cool. 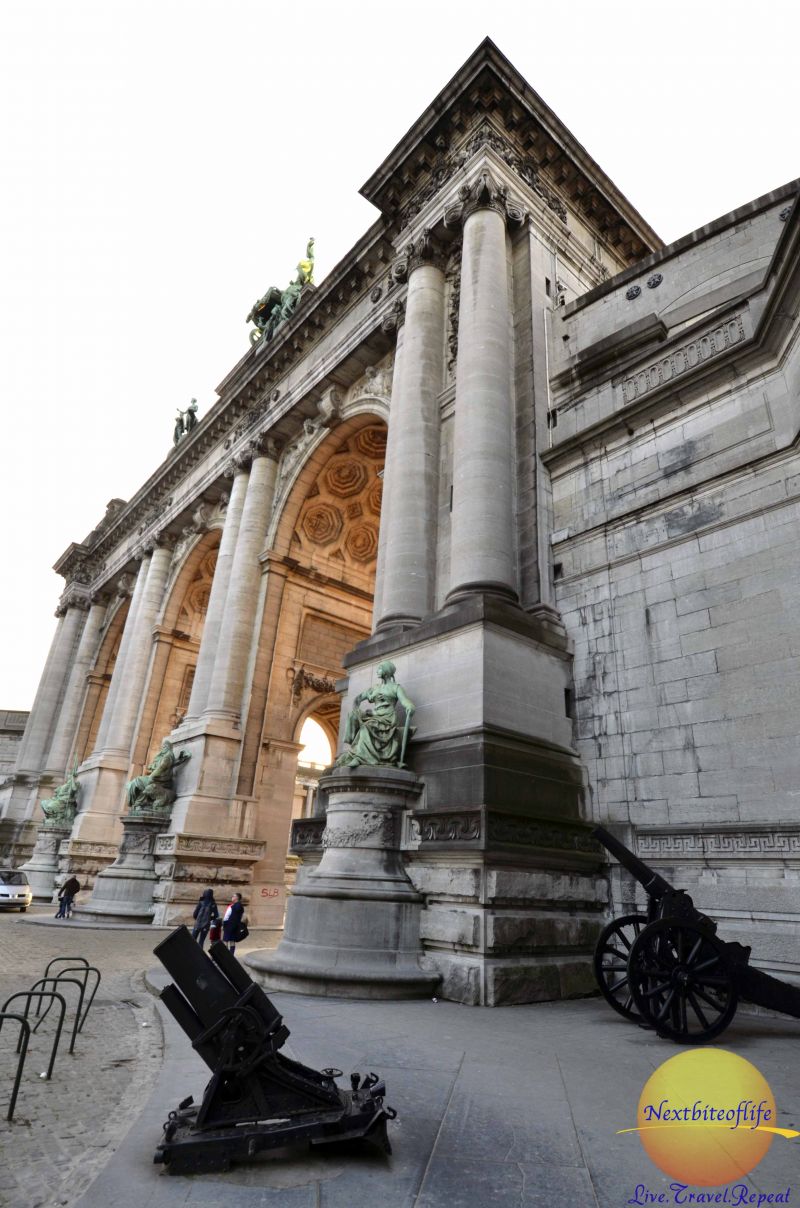 Military museum Brussels – make sure to check out the cannons outside of the gate. 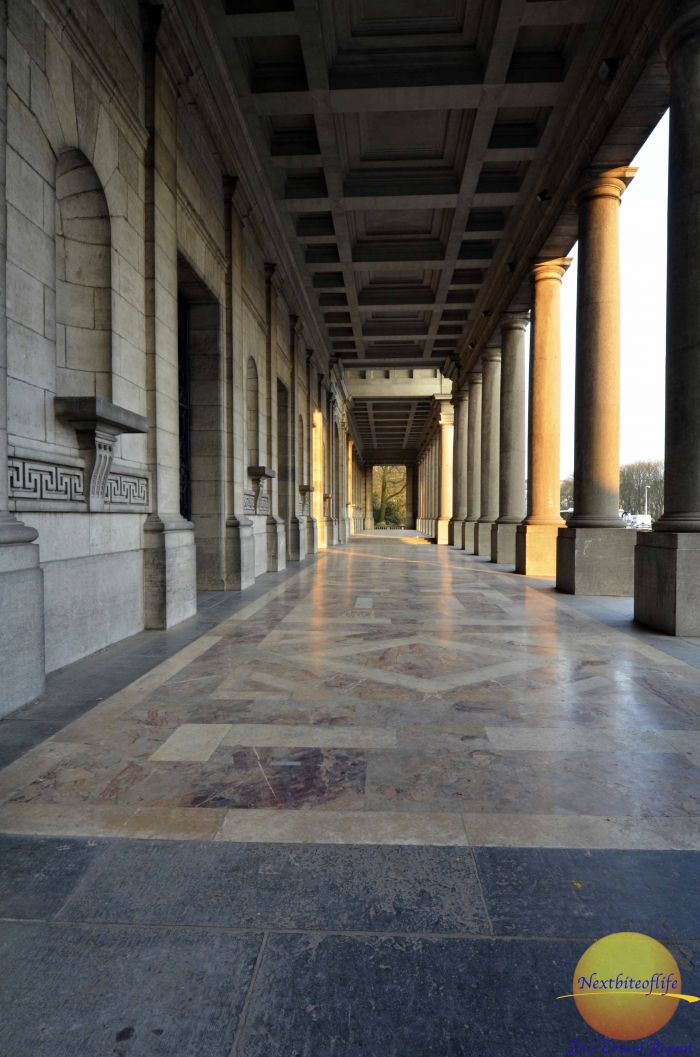 Entrance to the Royal museum of the armed forces and military history. I wondered if they kept articles from the Royal Navy museum Brussels as well as it seems there were a lot of machinery and planes. 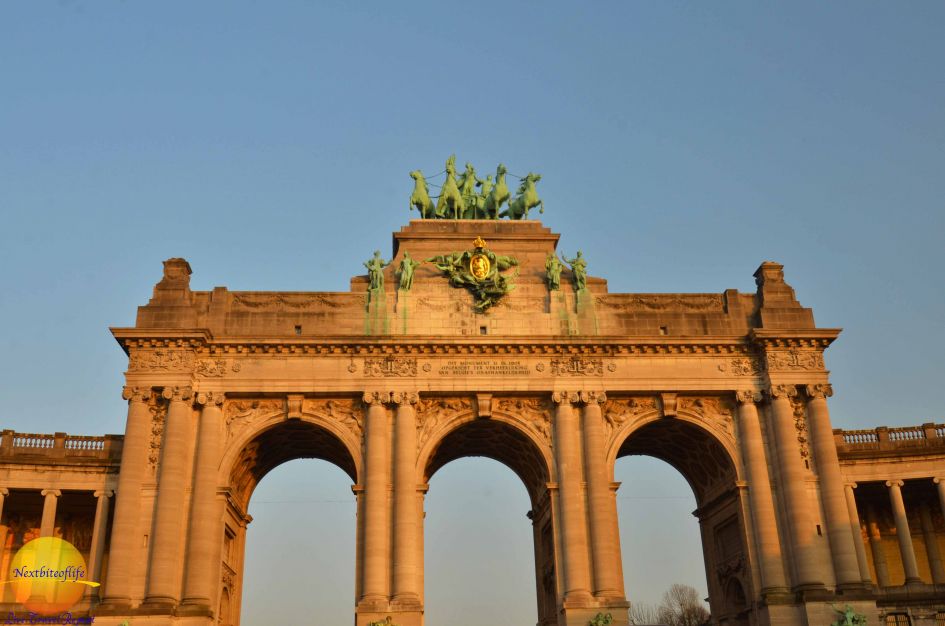 This is another place that l think deserves a visit in Brussels. I know the Cinquantenaire Park is one of the stops on the hop-on, hop-off bus. If you go that route, you should definitely get off and explore some of it many acres, don’t just take a picture from the bus.

We got sandwiches and drinks from a nearby cafe and enjoyed some time with the locals in the park. Then, we took the subway back.. I’m not an idiot ;-). The station to get off is Merode  or Schuman by the way. One leads you the front with the museums, and the other through the back by the European Parliament. 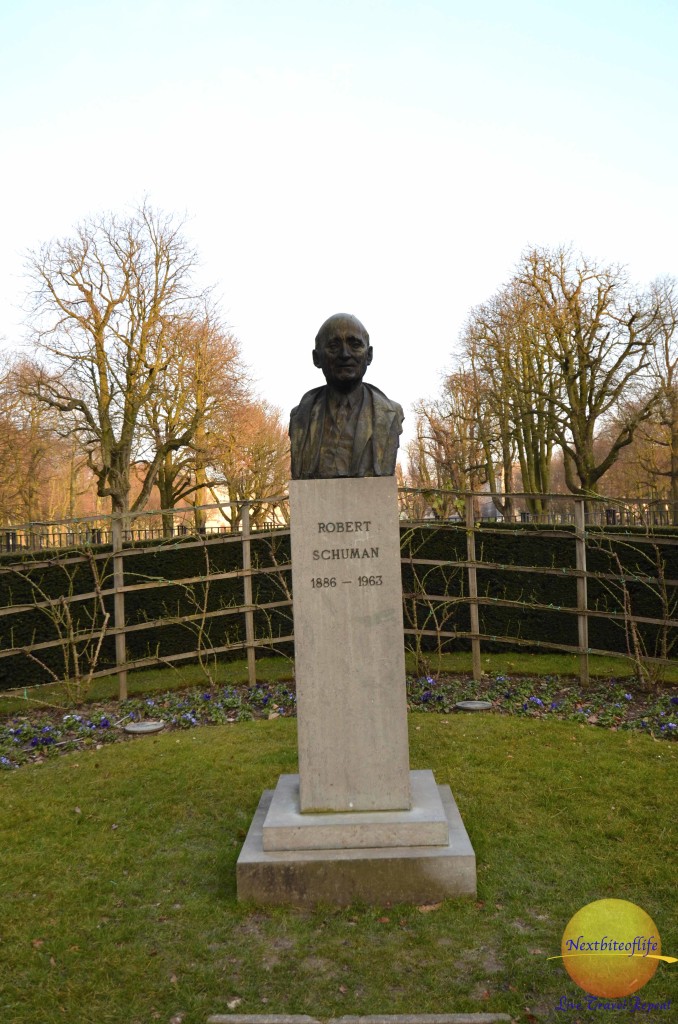 The Schuman side entrance of the Cinquantenaire Park 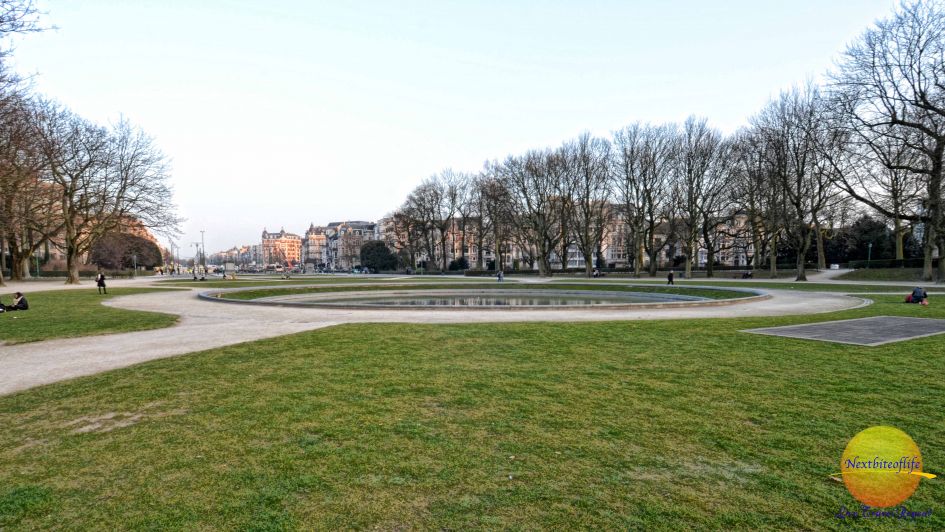 The fountain had been turned off at this point, but there are plenty of them. 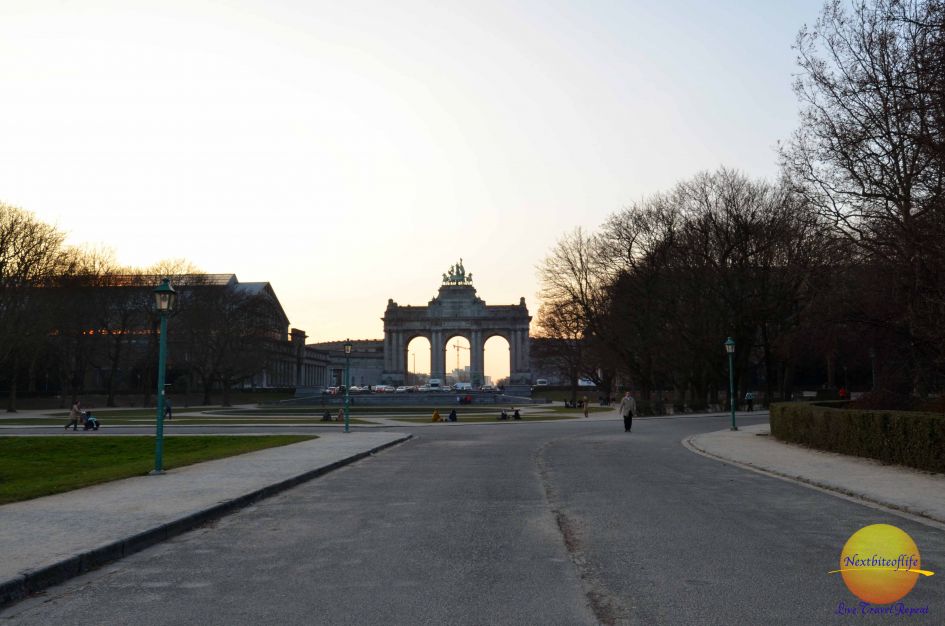 The grounds are lovely and it’s a great way to spend some hours and see how the locals live in Brussels.

The Royal Army museum is open Tuesdays to Sundays 9:00AM – 5PM

Entrance fee to the Royal Arm Museum is €5 . 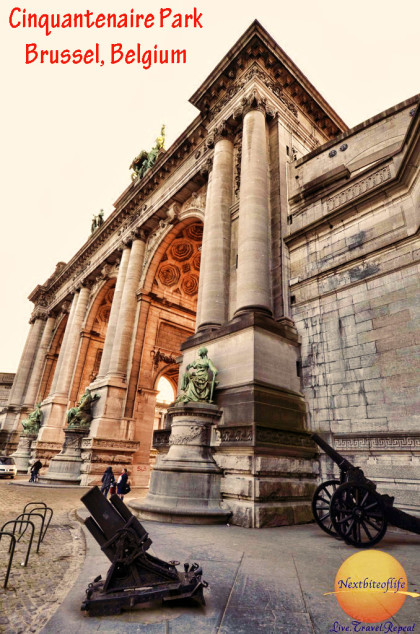 I am also lucky enough to be featured in a Snapshot interview with Lola Akinmade Akerstrom. Lola is an amazing photographer, traveler, blogger and wife (she is one busy lady!) whose work has been featured in such great magazines like National Geographic. Please check out my little moment of glory on her website, and see some of her wonderful images.

Have you been to the Cinquantenaire Park in Brussels? If so, did you like it? If not, do you think you would like to visit it?