Christmas time, and away we go.. 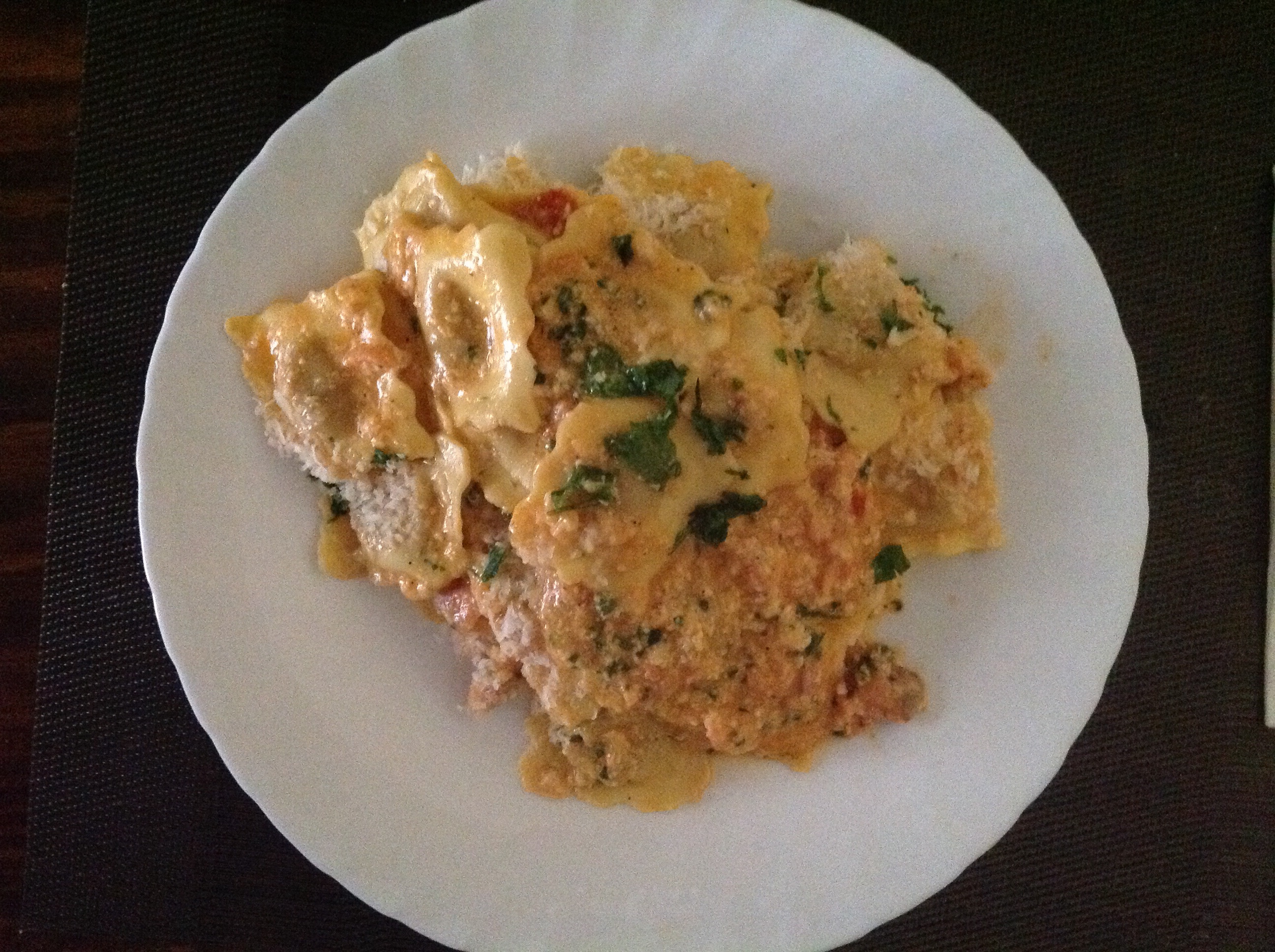 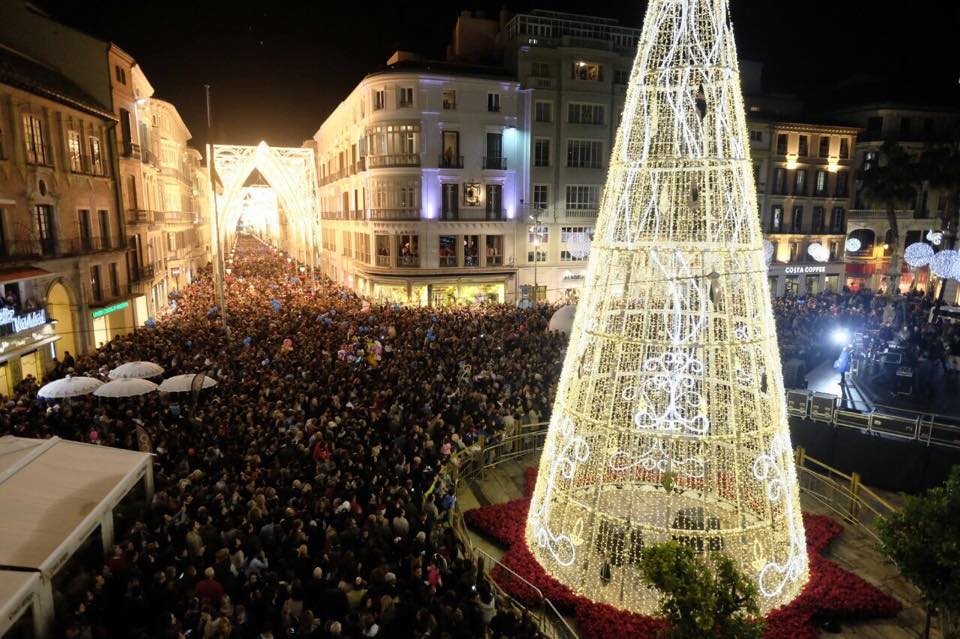 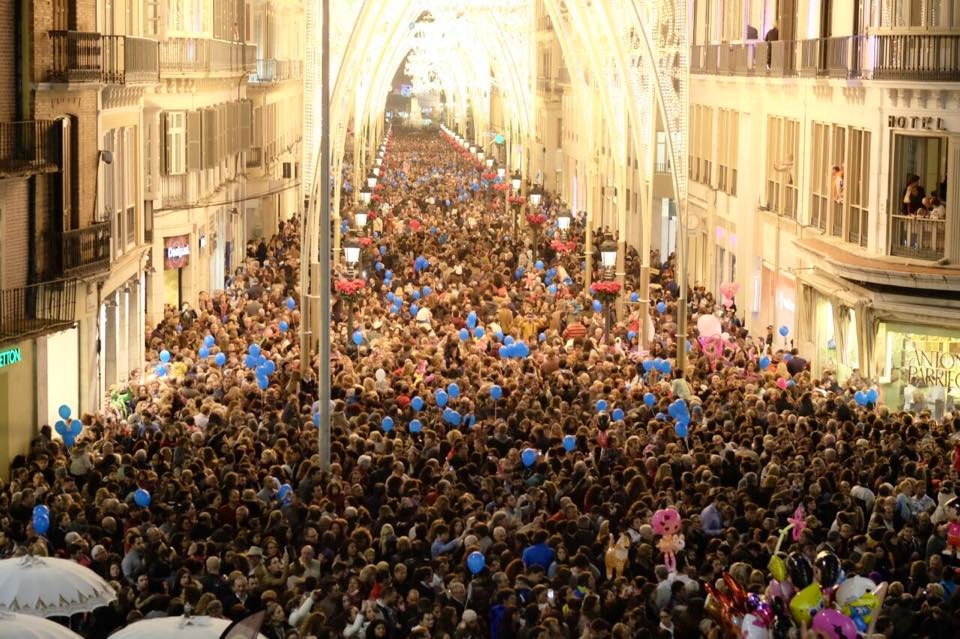 Christmas time is upon us. Again!!!. I swear it seems like we just celebrated the last one like 3 months ago. In Malaga, the Christmas decorations have been up for about 2 weeks. We attempted to go the first night, but it was impossible to find a bus that was not packed to the hilt, so we skipped it. I was glad we did once l saw the pictures of that night. It reminded of Christmas time in London’s High Street with the crowd.

This time last Christmas, we were still living in lovely Malta. My mother-in-law had just flown in from Rome with a load of goodies including fresh pasta, real Parmesan cheese and Lardo di Colonnata, which is basically fat :-) , but oh my..how delightful on a warm slice of bread. She also brought some truffle which was decadent, but quite delicious on pasta.

She made sure to bring plenty of my favorite one, which is called Tonnarelli. It is a thick, fat, pasta. It is messy to eat, but so, so good. I can still taste her cooking and the delicious meals she made, not to mention spoiling me silly. I have to admit, l am a lazy girl. If someone insists on cleaning and cooking and washing, then who am l to say no :-) :-) :-) . That’s another reason l enjoying going back home so much. 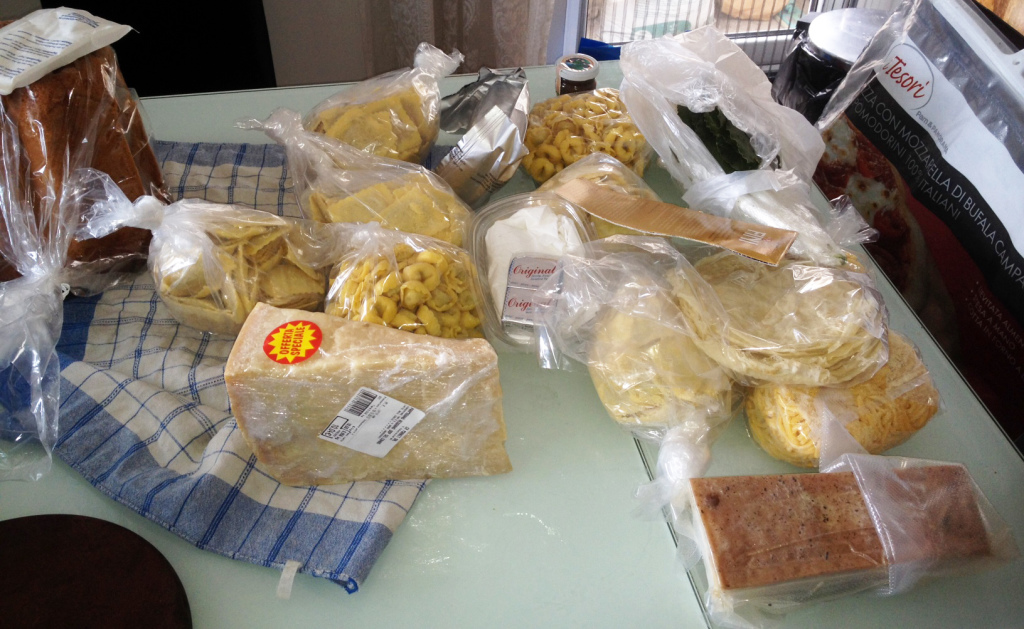 Some of the goodies, notice the Lardo in the front 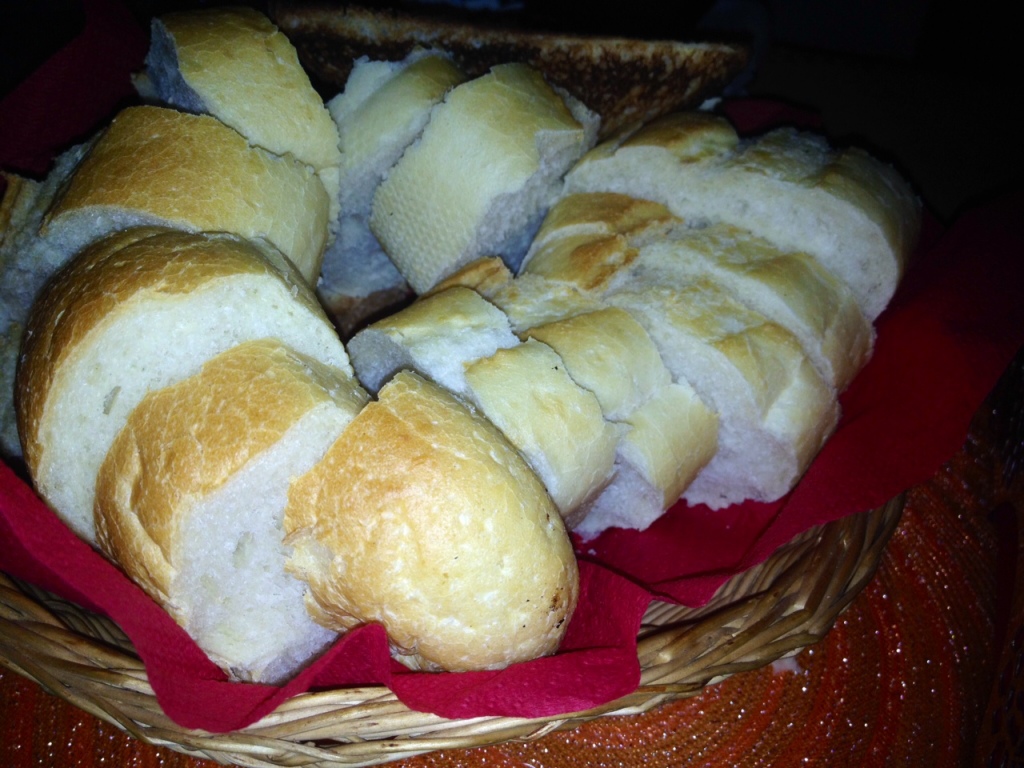 Warm bread and Lard, it is so delicious. It took me a while to stat eating it though.. :o) 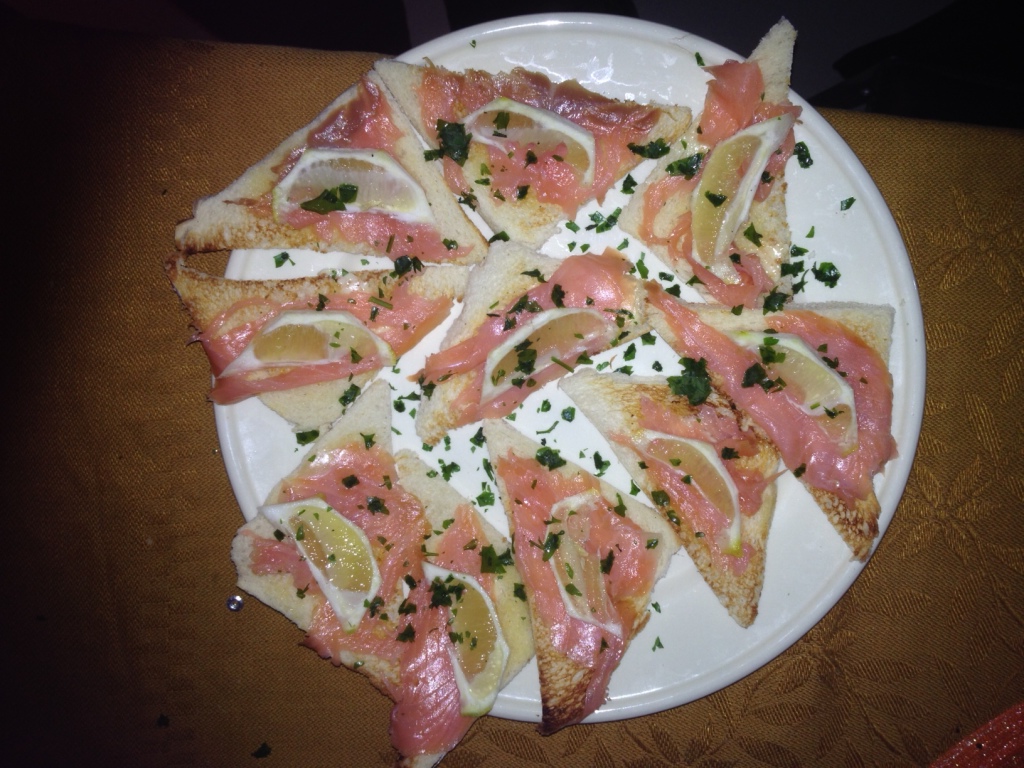 Tartine a la Salmone, a staple at Christmas 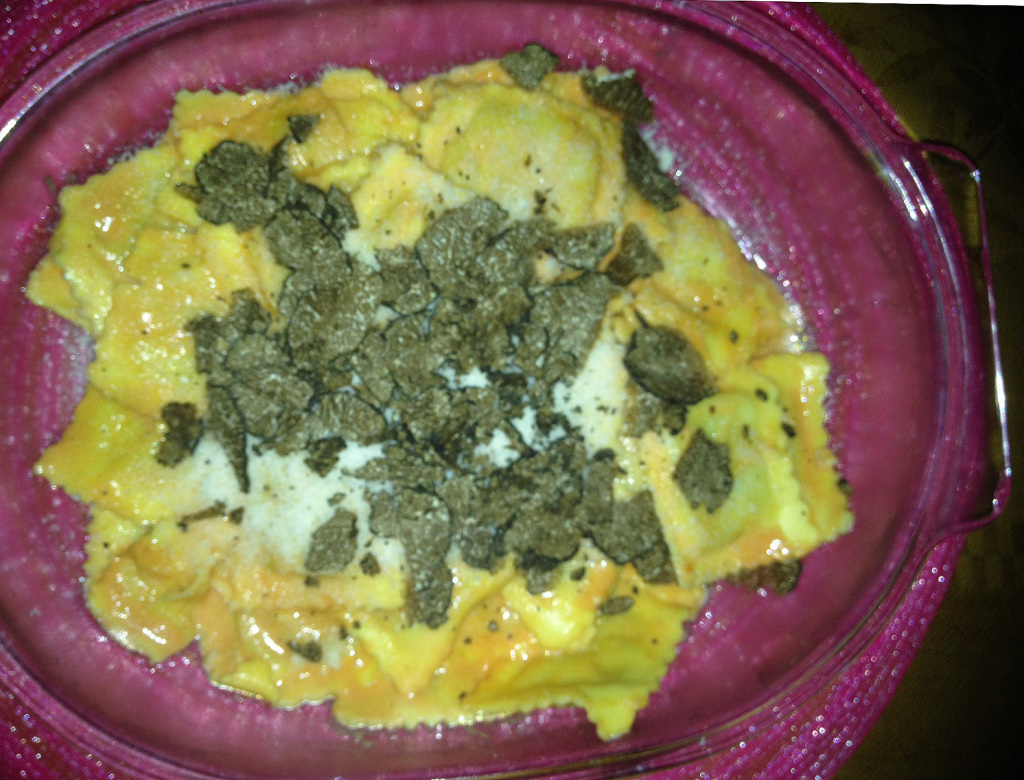 Ravioli with shaved truffle, our Christmas lunch, none of that turkey stuff :-) 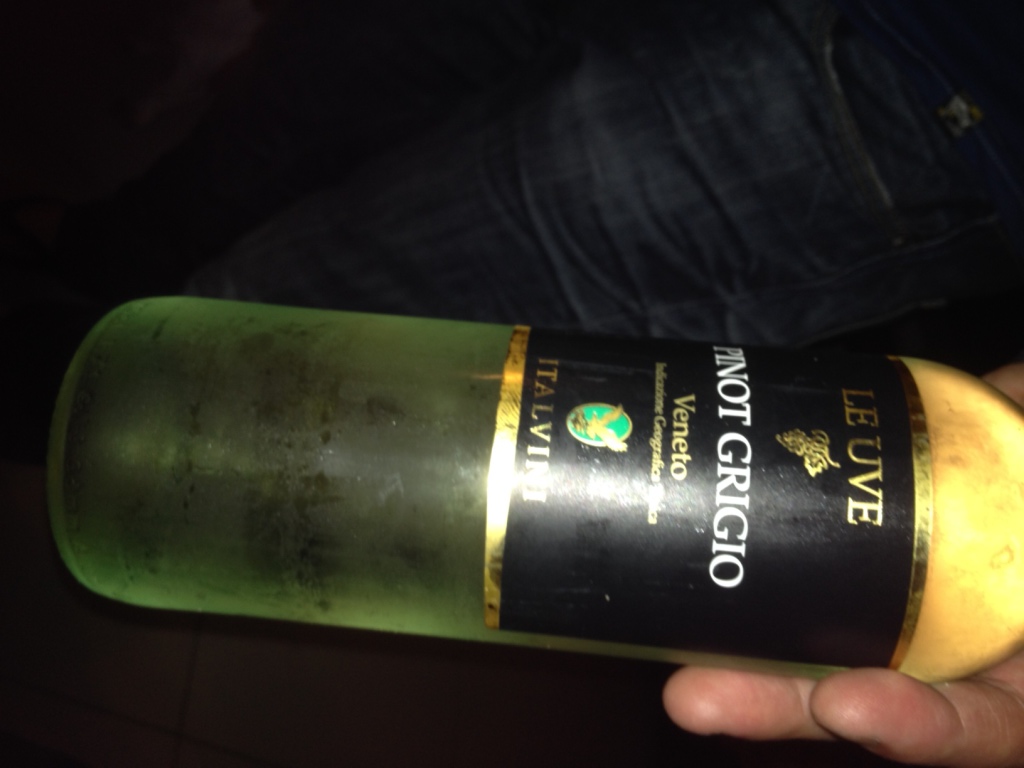 washed down with a little vino..

This Christmas will find us in Rome for 10 days with his mom, our first one there since his father’s passing.  My posting might be sporadic. We plan on doing touristy things, like visit the Vatican, Colosseum and the other usual suspects. We are doing this, not just because we figured “what the hey, we haven’t done that in a while”, but also because when the computer crashed, we lost a great amount of photos :-( .

We have backups in storage in Houston for most, but not all. This will be a chance to get new ones. Yep..we are going to be tourists again! I am praying for the health of his uncle who has been in hospital for 3 weeks, otherwise it might be a very sad Christmas. She was supposed to come back and celebrate New Year with us here in Malaga, but has decided to stay there to be close to him.

Our Christmas is going to involve some serious eating. My husband has been talking about food nonstop since we booked our flights. He loves to talk, especially about football. I know the stats of his team, as well as a bunch of other teams l don’t care about. I am so looking forward to spending time in Rome, he can go on and on with my brother-in-law, another Lazio supporter. I still don’t speak a lot of Italian, so l can just tune out when they all talk if l want. Intentional? “You might very well think that; I couldn’t possibly comment” a la the original Francis Urquhart… :-)

How is your Christmas looking? Any grand plans? and are you going to get stuffed? :-) , pun intended..