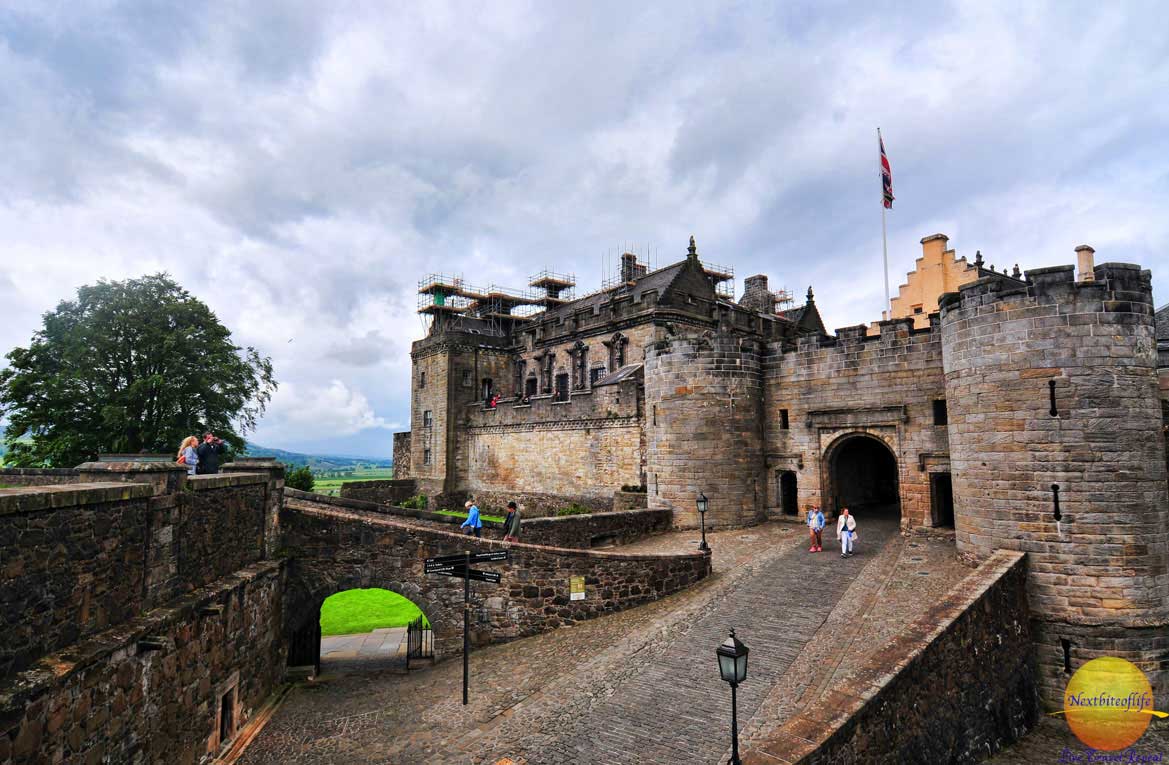 I realized later on that l had booked this trip to Edinburgh and Glasgow much too soon after our Poland trip. Seemed like there was no time between unpacking and packing again, and off we went. I do believe something was lost in translation as the weather in Scotland was supposed to me “muggy”. Of course we packed tee-shirts and each had just a light jacket. Wrong! It was cold and windy for at least four days after our arrival. I ended up purchasing yet another knitted cap for my head. Our first AirBnB host was such a sweetie. The flat we stayed in had just been purchased by him and wasn’t moving in for a month, but he insisted on bringing us some jackets from his other apartment. Jackets plus umbrellas. Did l mention that it frequently rained? The weather was pretty much like in Krakow and London. Explains why it is so lush and green here. Made for a nice change from Valencia’s heat. First impressions of Scotland? A cheaper, slower paced version of London. In other words, fantastic!

We’ve been having fun sightseeing, mingling with the other tourists and yes….eating. I had been reluctant to try the famous Scottish haggis. What is haggis you ask? It’s a meat dish made from the heart, lungs and livers of sheep.There’s a whole bunch of other stuff in there too. Lard, oatmeal, onions to name a few.  It sounds disgusting and l certainly didn’t think I’d like it, but like it l did. What does haggis taste like? Tastes like pate or crumbled sausage. Haggis is usually served with neeps and tatties, Scottish for turnips and potatoes. Needless to say, we had it several times. Funny enough, I’ve only had Scotch eggs just once :-).

Our time here is winding down fast. I can’t wait to tell you all about it as soon as l get caught up with crap. First comes our experience in Warsaw though, after which we can then move on to the delights of Glasgow and Edinburgh which was a nice surprise for me. Hope this postcard from the land of haggis finds you in good spirits! I think this will be our last travel for the summer. We are going to stay put in Valencia and do things there so we can avoid the kind of nonsense we encountered last year :-). Make sure to read our awesome Glasgow guide.

How is your summer shaping up? Any plans for travel or are you staying put as well?

25 thoughts on “Postcard From The Land Of Haggis. Scotland”